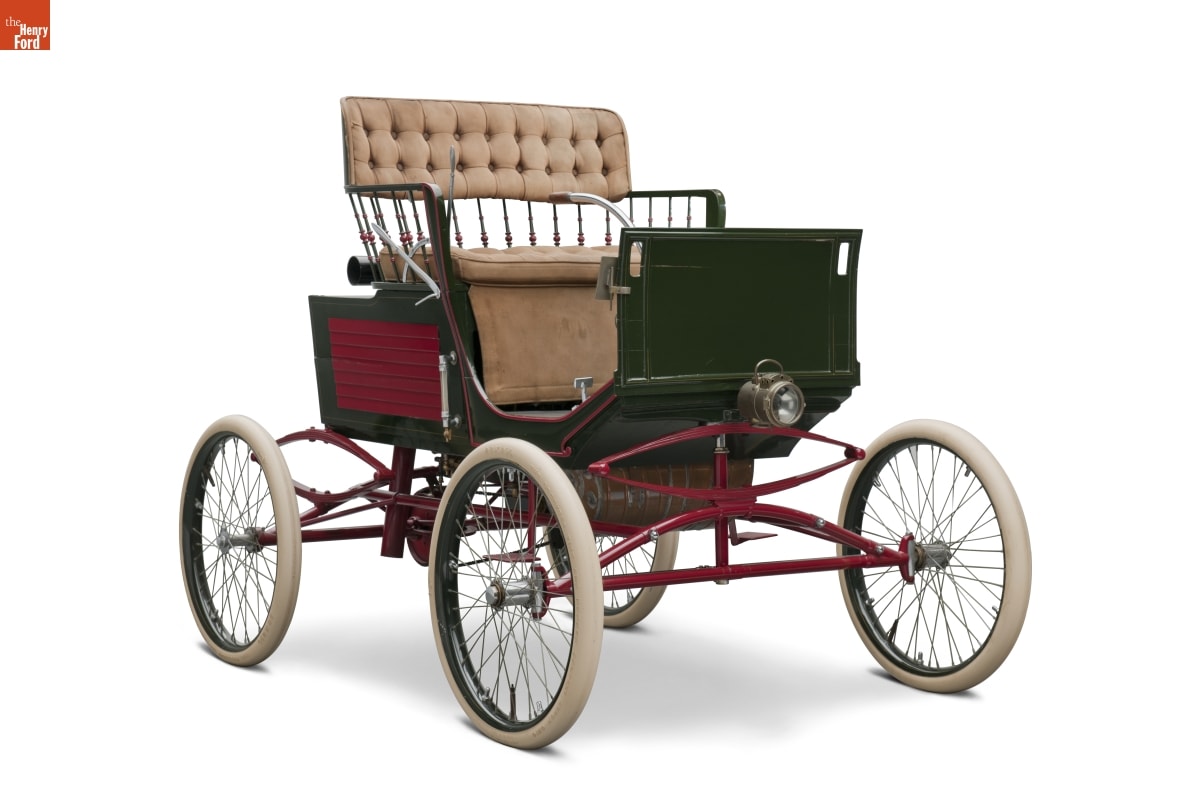 1899 Locomobile Runabout. THF90342
The bicycle boom of the 1890s had liberated riders from the limited routes and schedules of trains and trolleys—and people wanted more. When the automobile arrived, cyclists were ready to embrace its promised freedom. The Locomobile combines railroad and bicycle technology. It’s powered by a compact version of a steam locomotive engine, and the steel-tube frame, wire wheels, pneumatic tires, and chain drive come from bicycles. 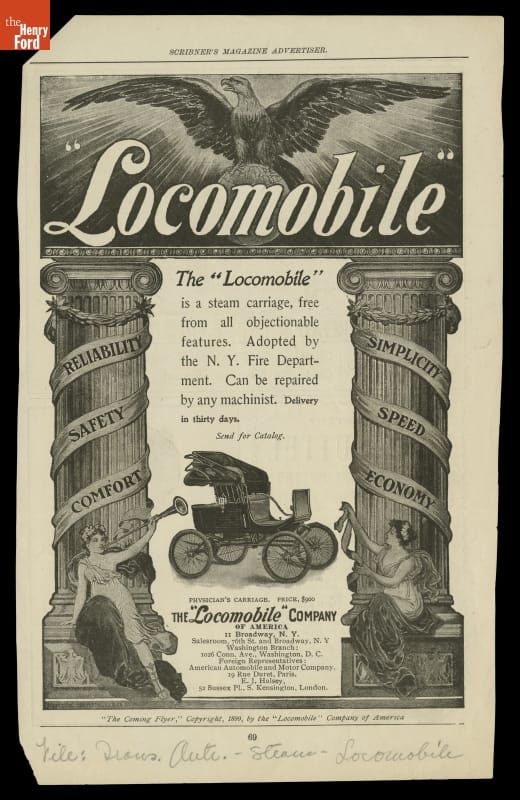 Locomobile proudly identified the New York Fire Department as a customer in this 1901 advertisement. 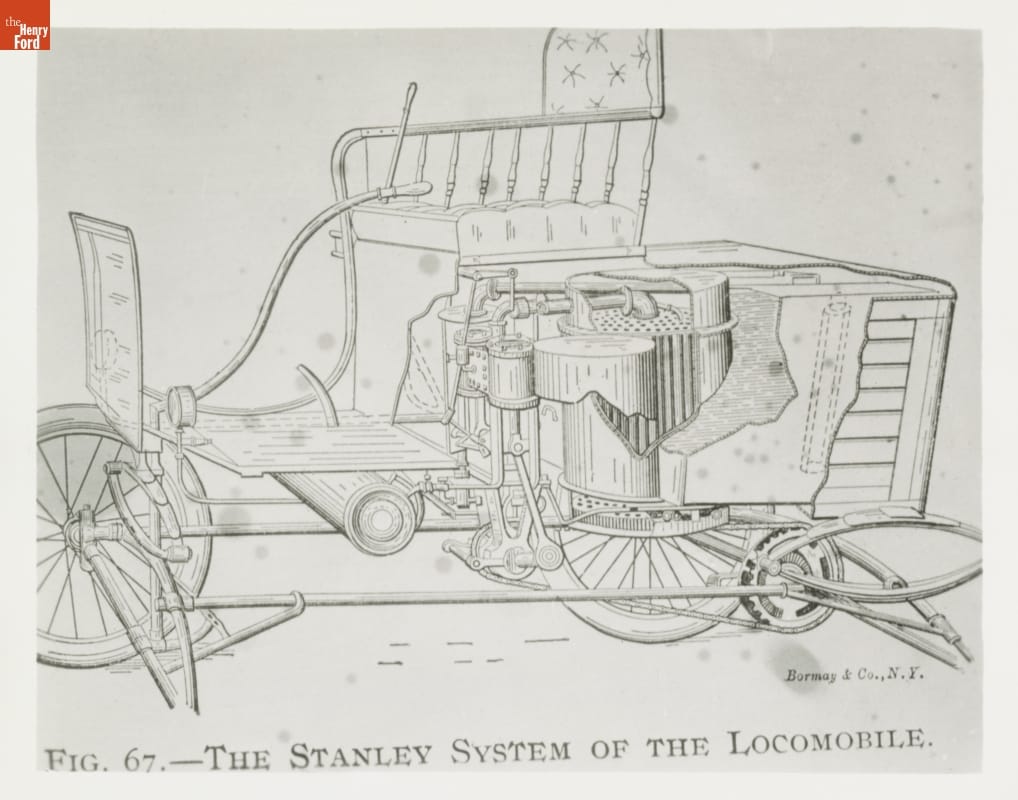 Like other motor vehicles, steam cars had a limited range, in this case restricted by the amount of water and fuel they carried. Fuels such as kerosene were used to boil the water and create steam. This cutaway reveals a water tank, boiler, two-cylinder steam engine, and fuel supply under the seat. 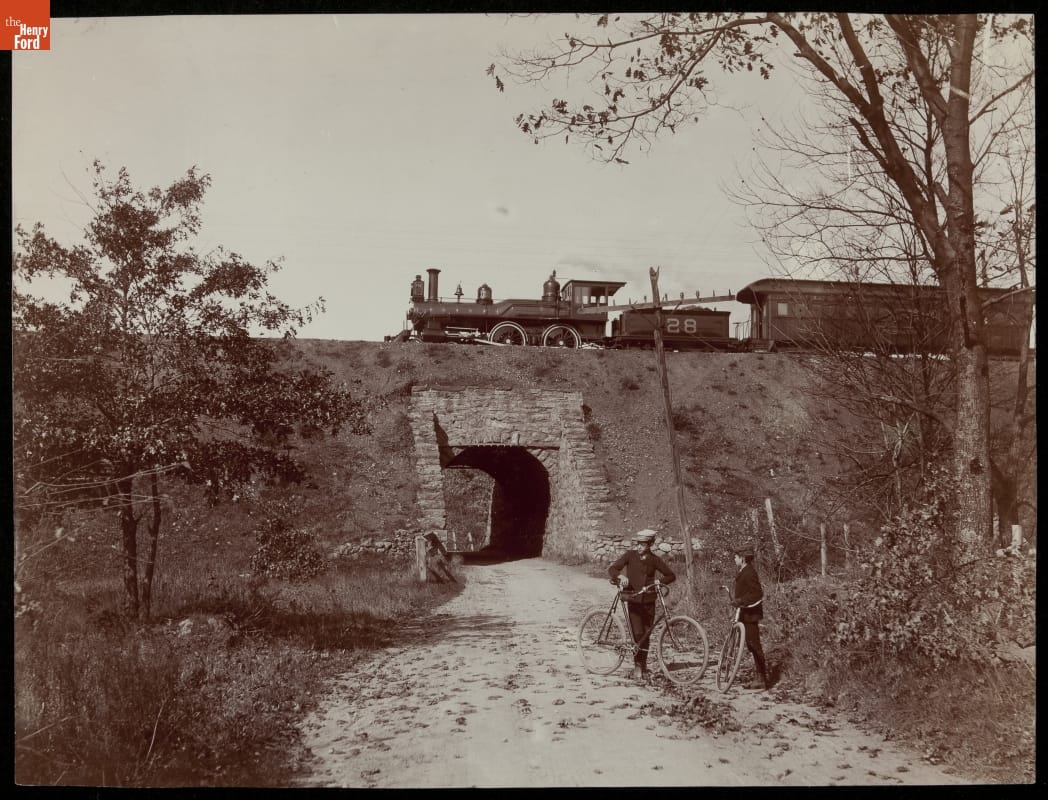 Makers of steam cars hoped that people’s familiarity with steam and love of bicycle-enabled freedom would translate into sales of steam-powered automobiles.