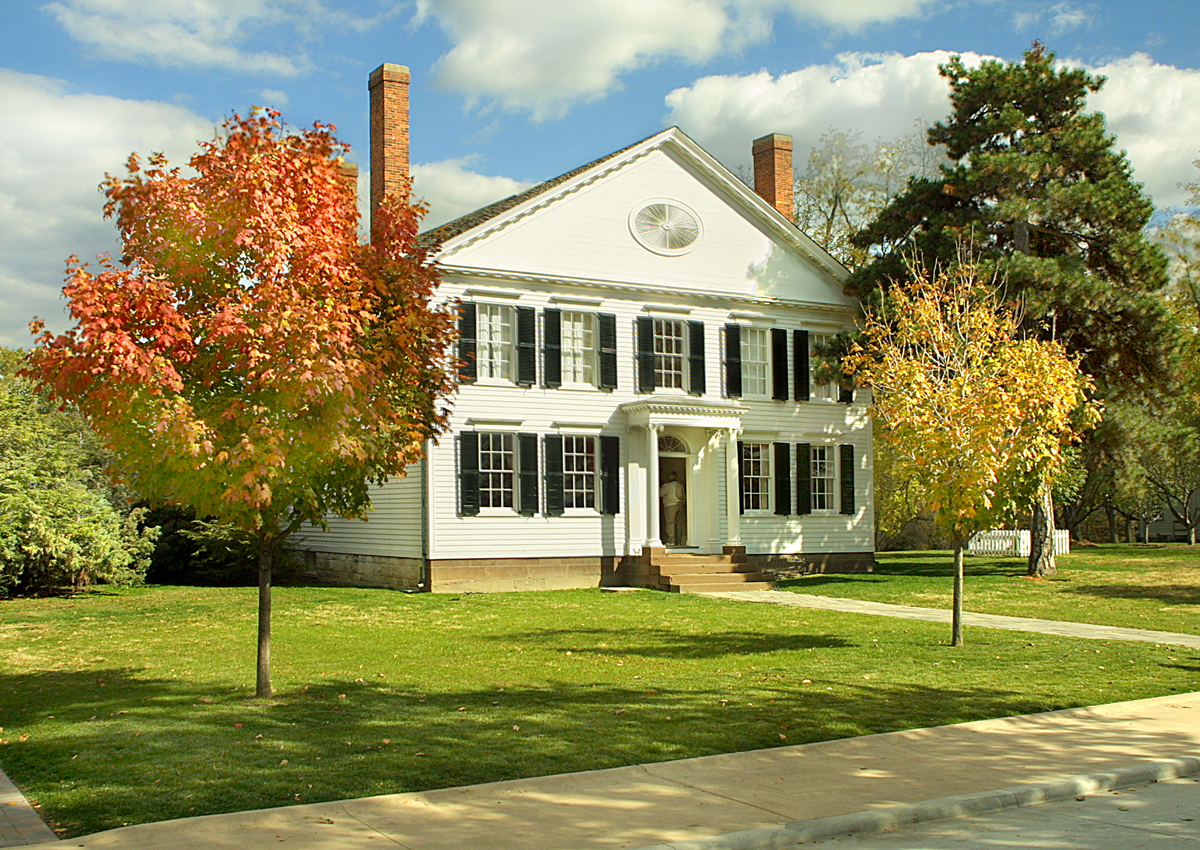 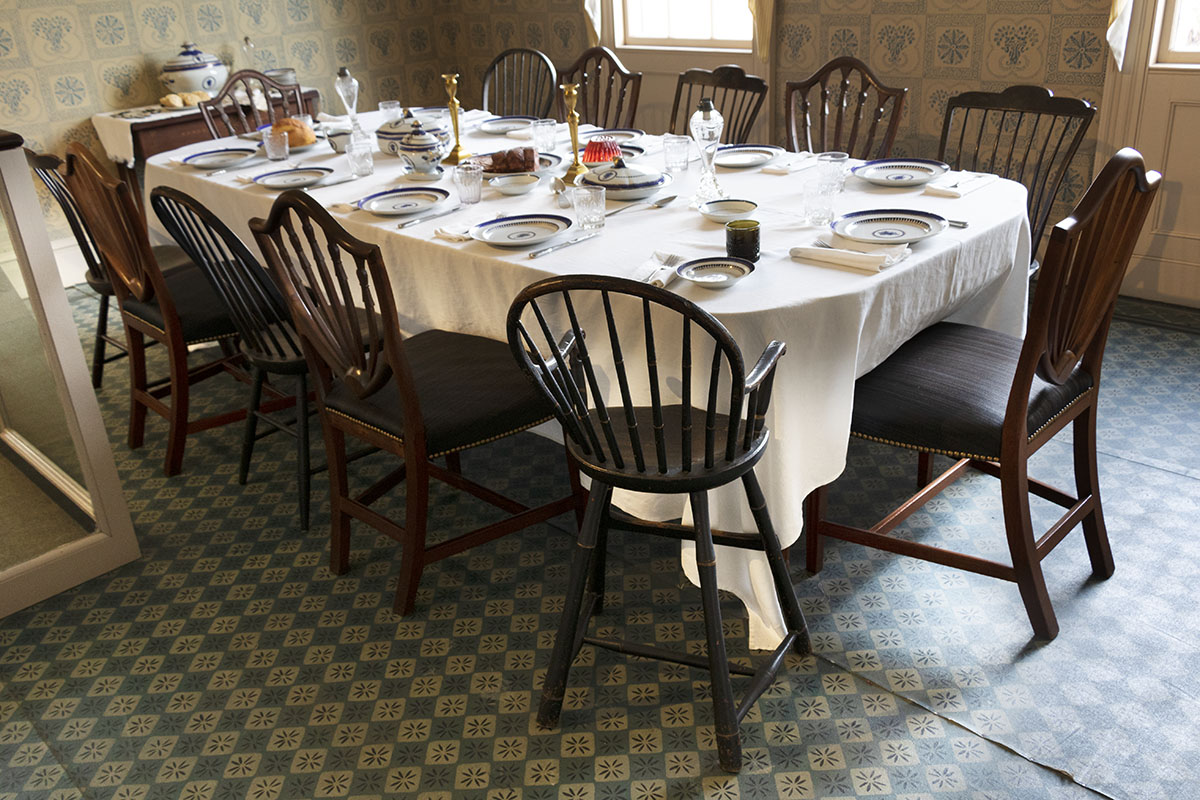 We have reinstalled the formerly sparsely furnished Webster dining room to better reflect a more active family life that took place in the Webster household at the time of our interpretation: 1835. 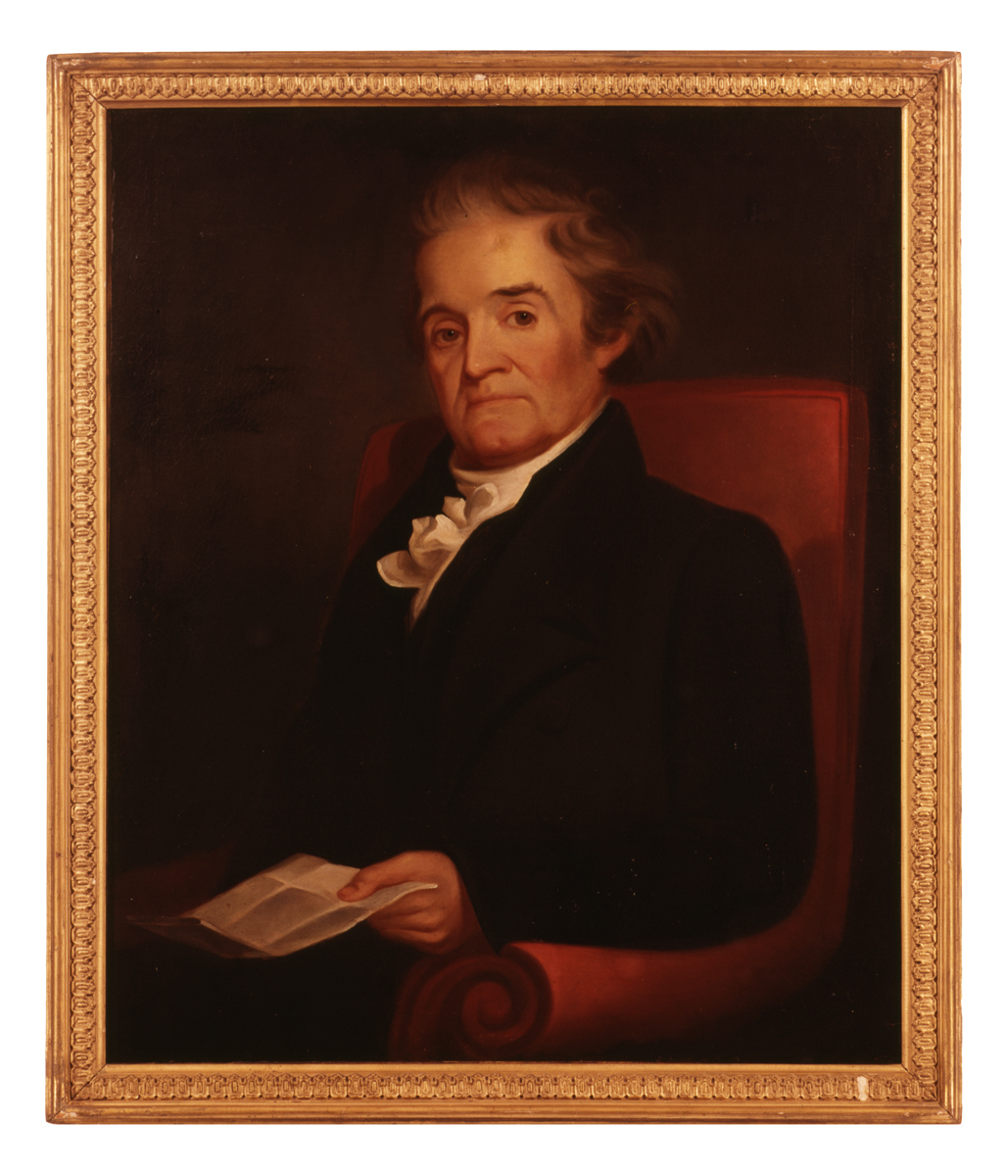 Noah and Rebecca Webster moved to their New Haven, Connecticut, home in their later years to be near family and friends, as well as the library at nearby Yale College. This painting of Noah dates from about this time. 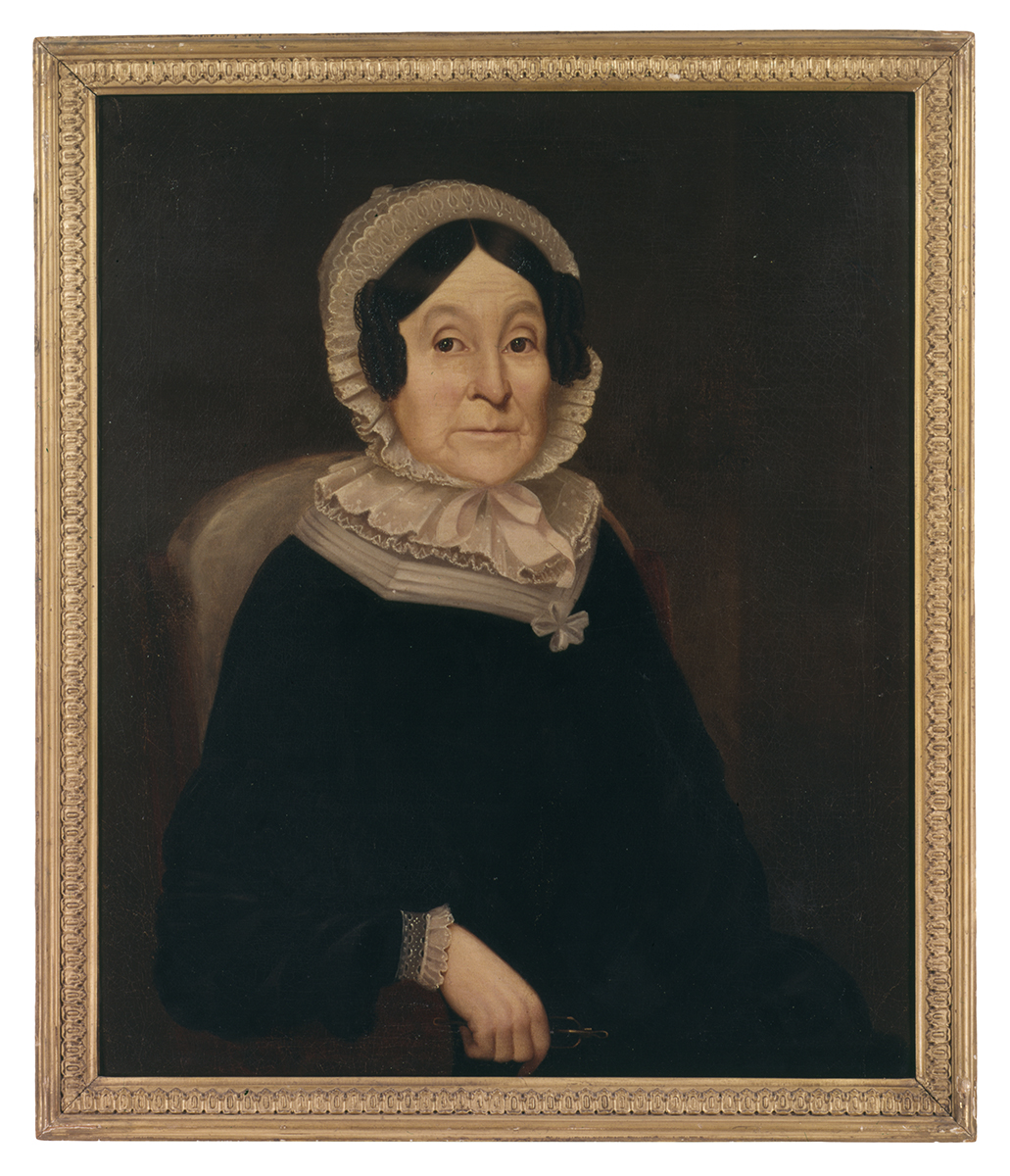 The Websters moved into their comfortable, newly-built home on Temple Street in New Haven in 1823. This portrait shows Rebecca Webster from about this time as well. 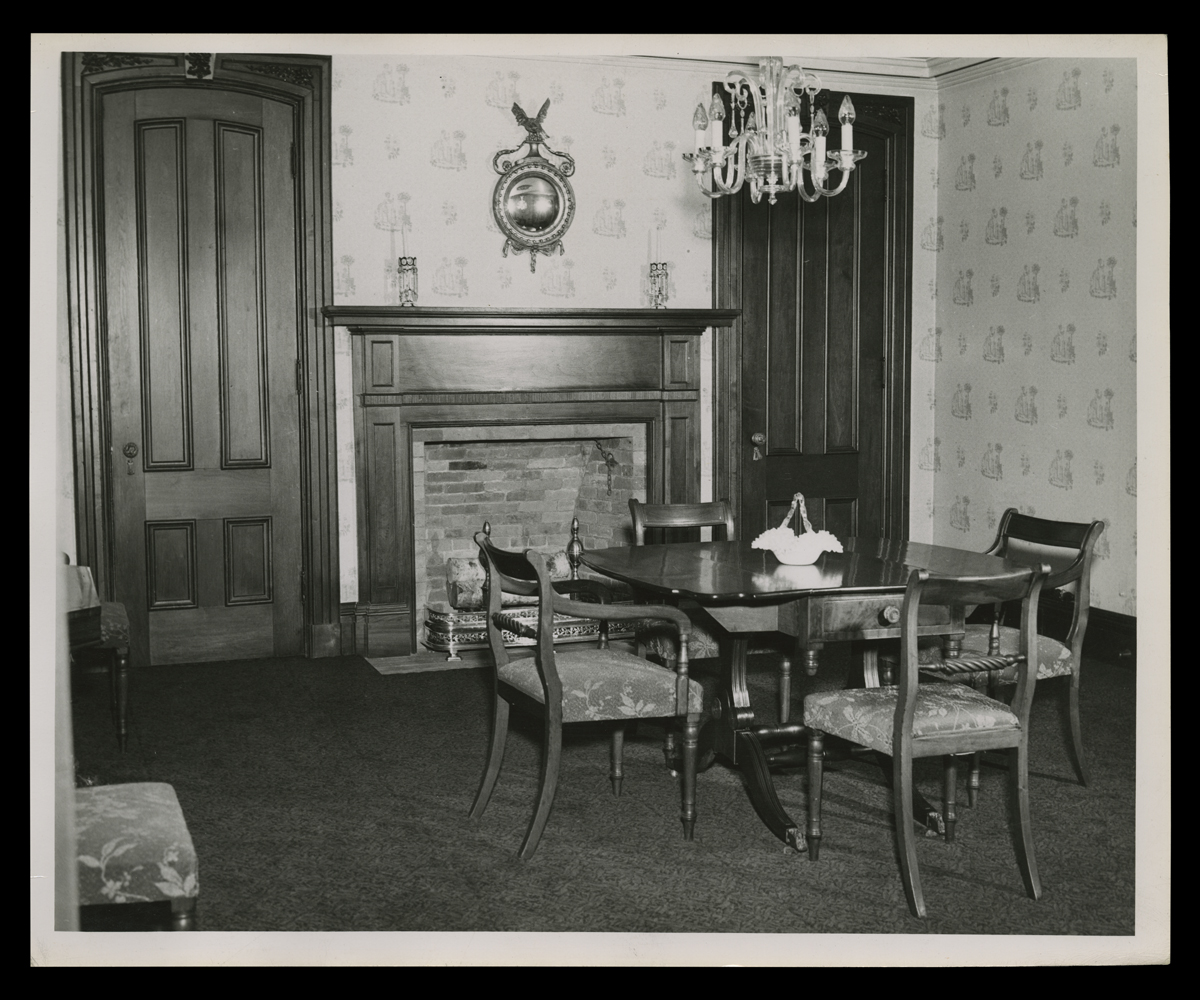 New research and evolving historical perspective often lead us to reinterpret Greenfield Village buildings. So, furnishings change to reflect these richer or more accurate stories. This is what the Webster dining room looked like in 1947. 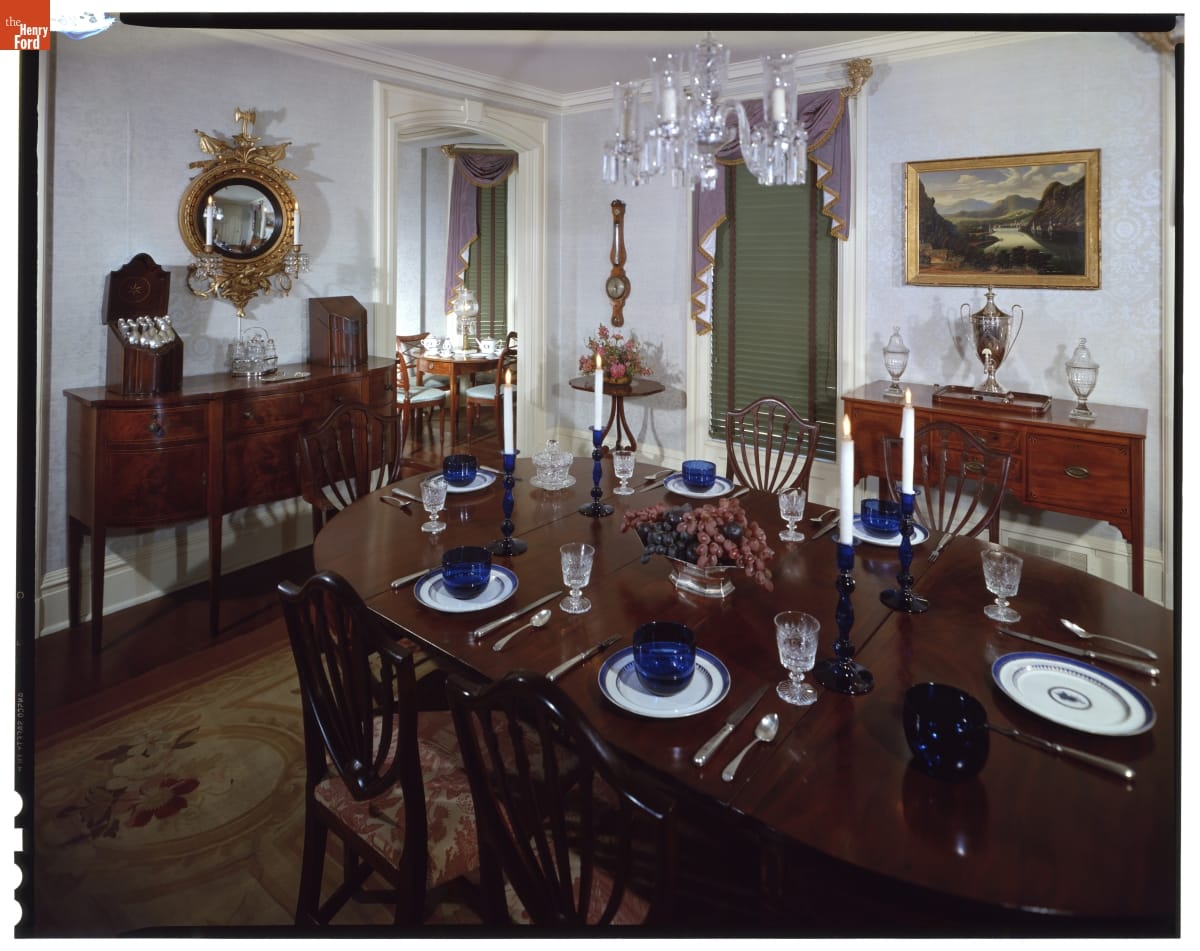 In 1962, the Webster house was refurnished to showcase fine furnishings in period room-like settings—rather than reflecting a household whose elderly inhabitants started housekeeping decades before. 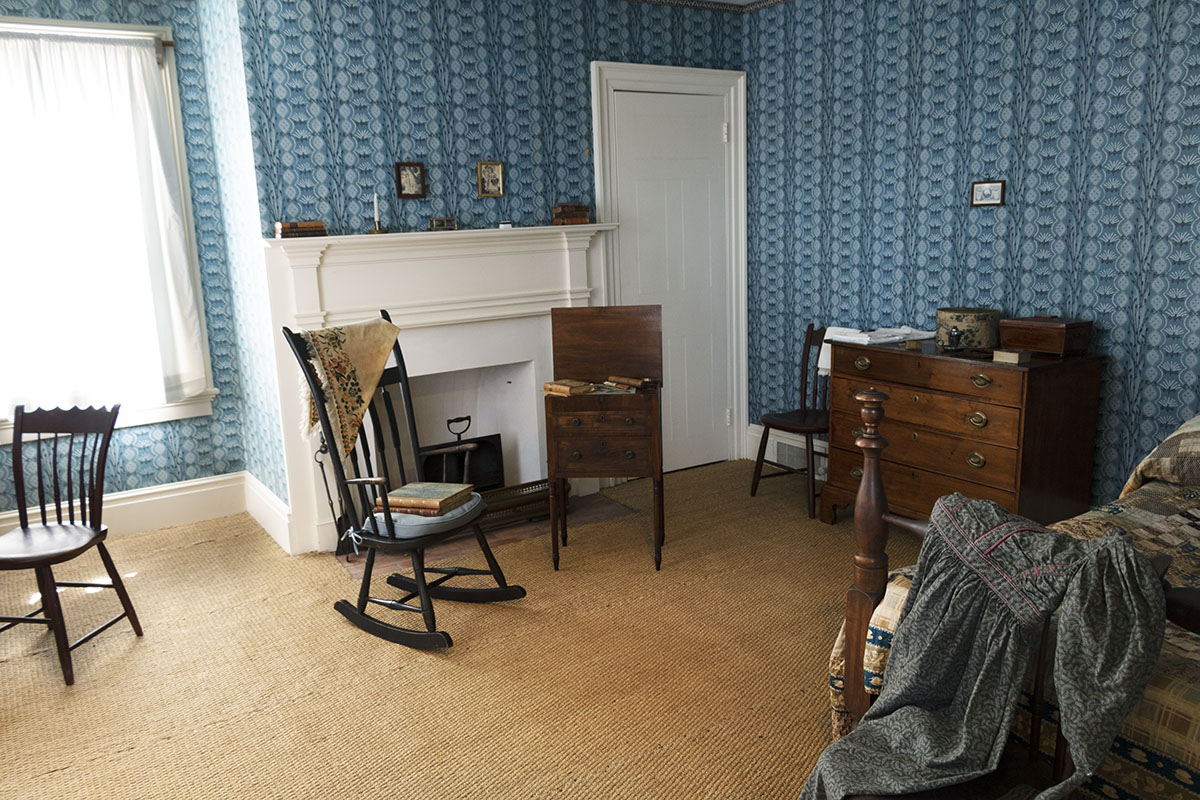 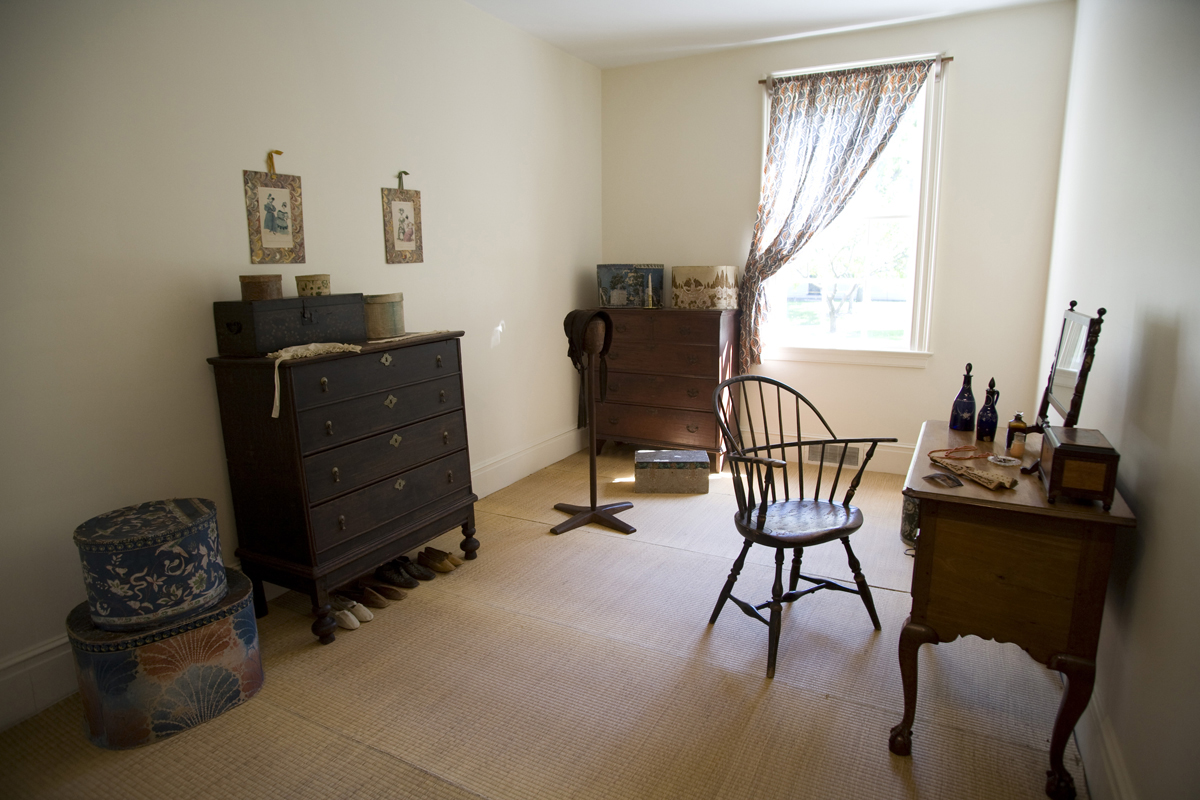 You could imagine the Websters living there. This is Rebecca Webster’s dressing room. 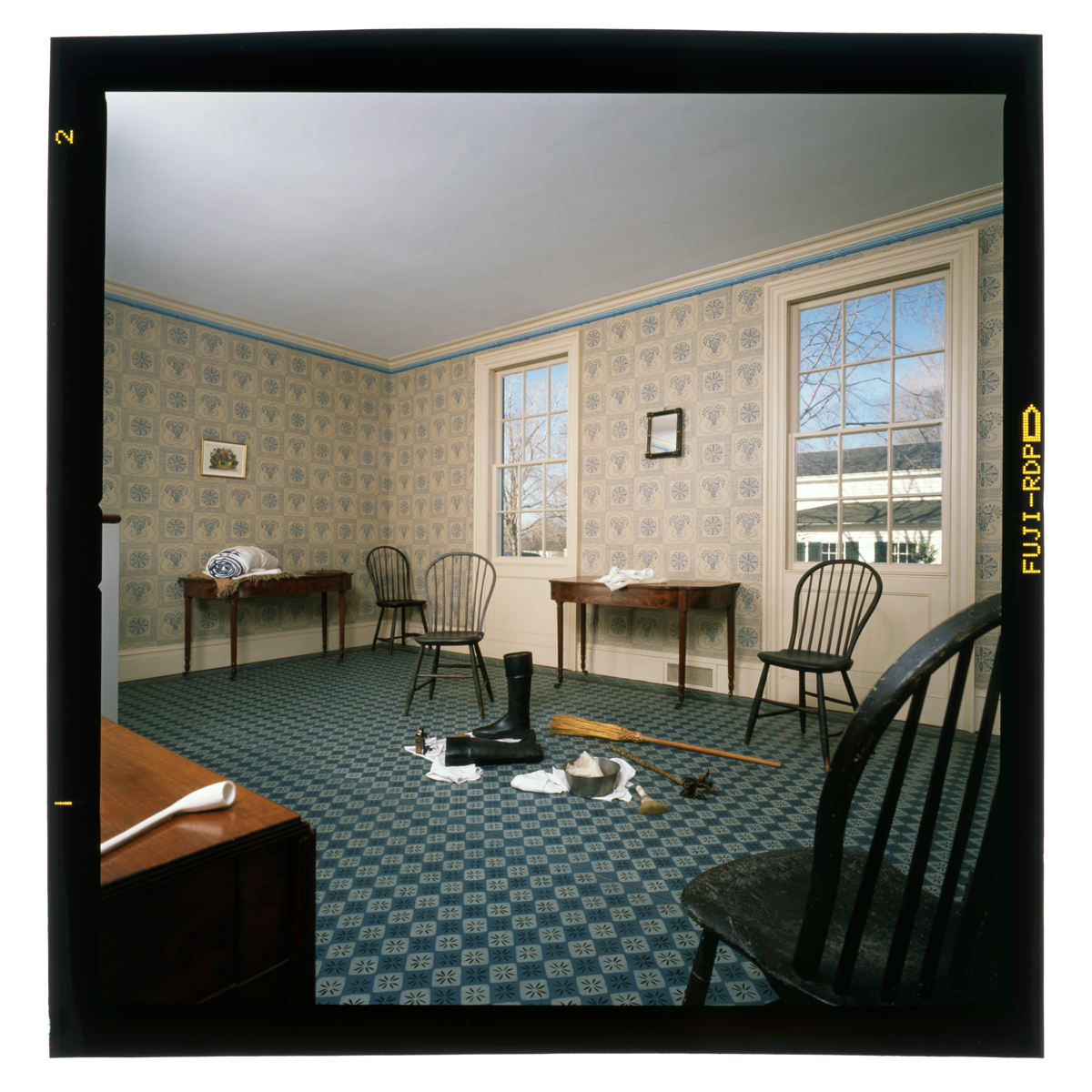 Yet the dining room was sparsely furnished. The 1989 reinstallation suggested that the Websters were “in retirement” and “withdrawn from society,” and didn’t need or use this room much. 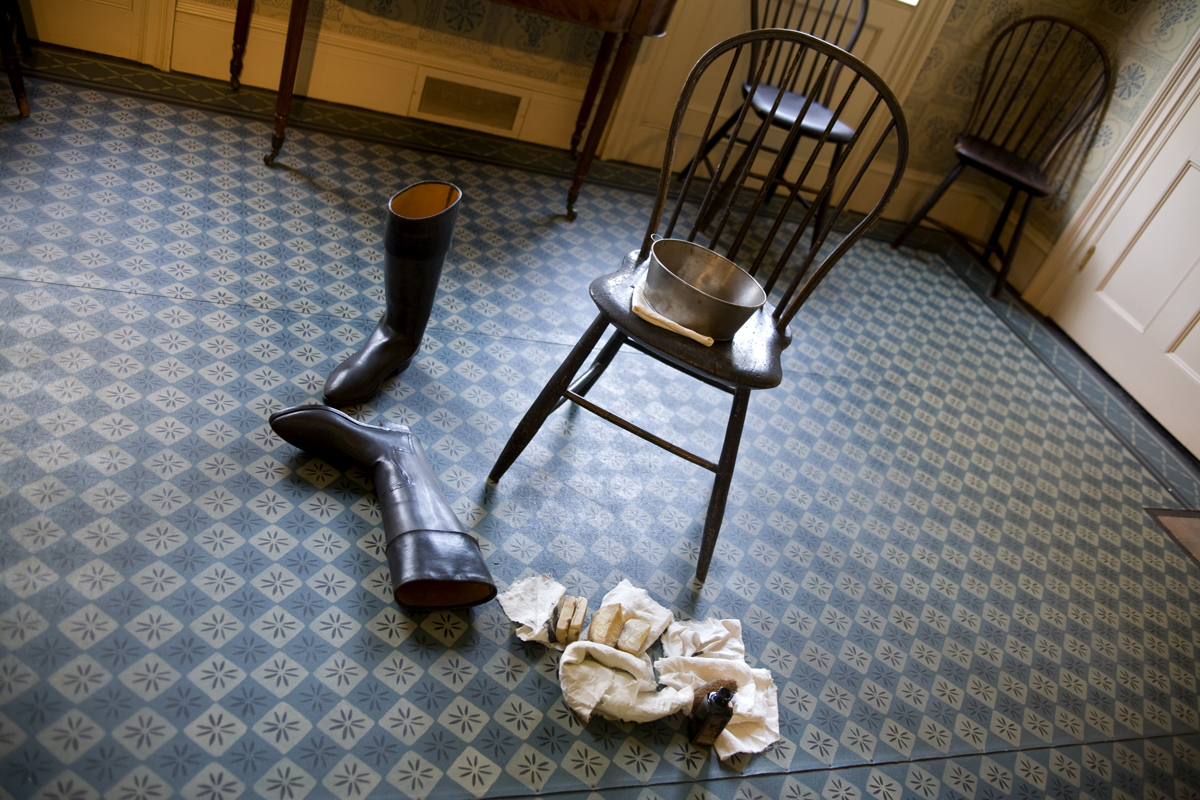 The dining room was presented as a seldom-used space in the Webster home during the mid-1830s. This detail showed boots being cleaned in the otherwise unused room. 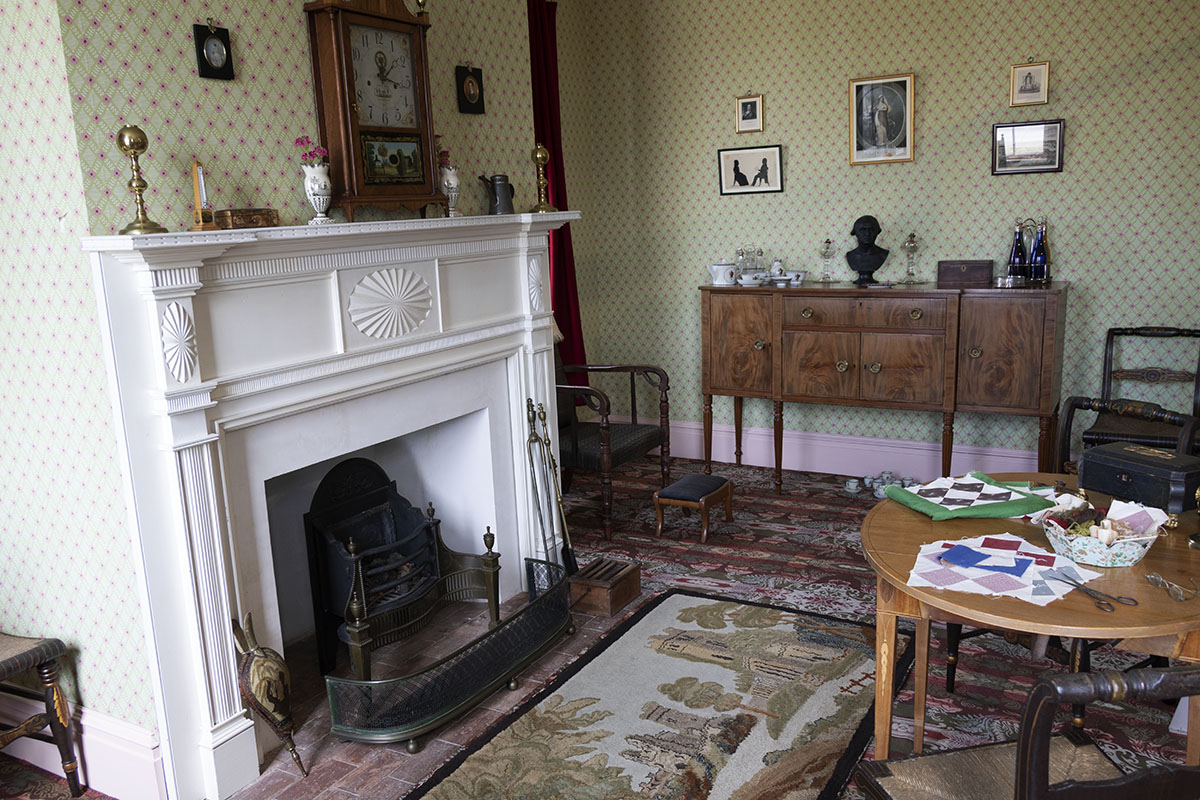 Webster family correspondence and other documents paint a picture of a household that included not only family activities, but more public ones as well, during the 1830s and beyond. 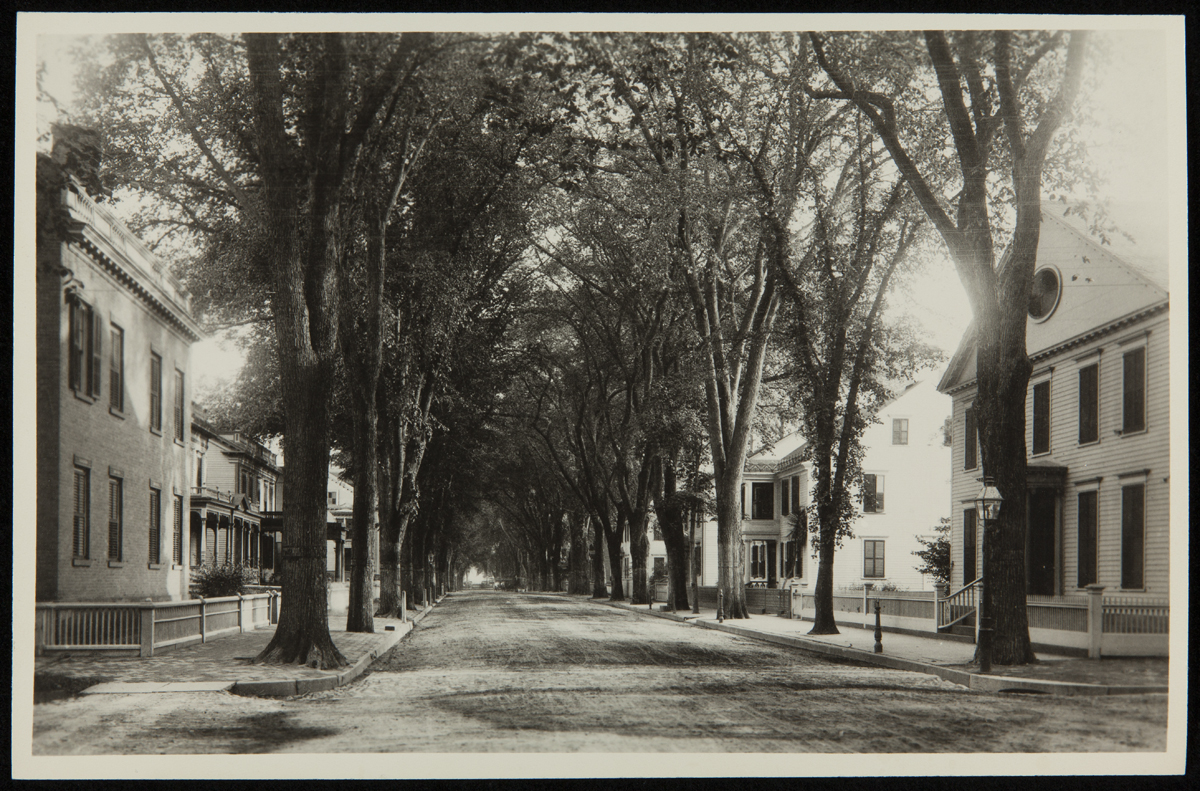 Daughter Julia Goodrich and her family lived down the street and were frequent visitors. The Webster house appears at far right in this photo of Temple Street taken in the 1920s. 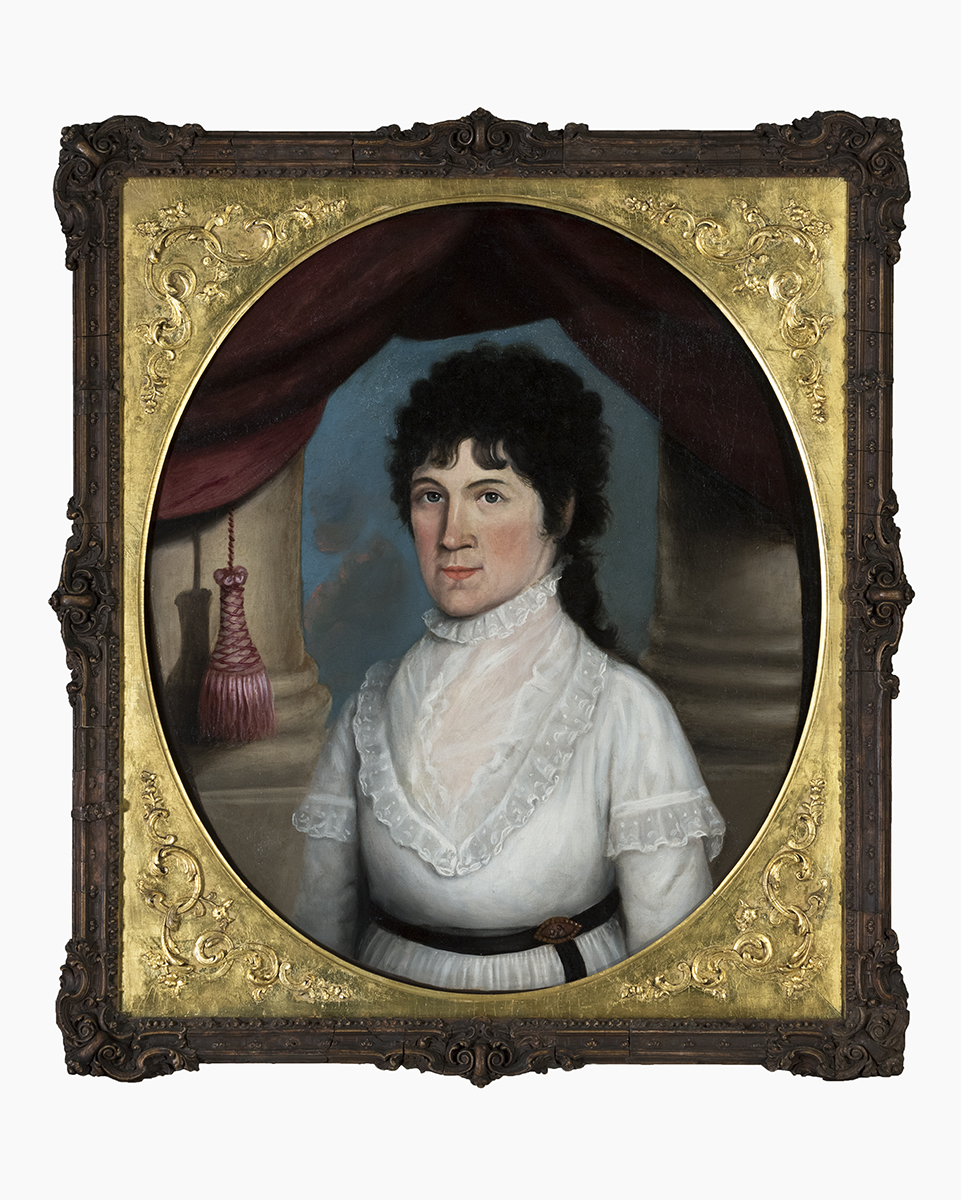 Webster children and grandchildren who lived farther away came for extended visits. Daughter Eliza Jones and her family traveled from their Bridgeport, Connecticut, home for visits. 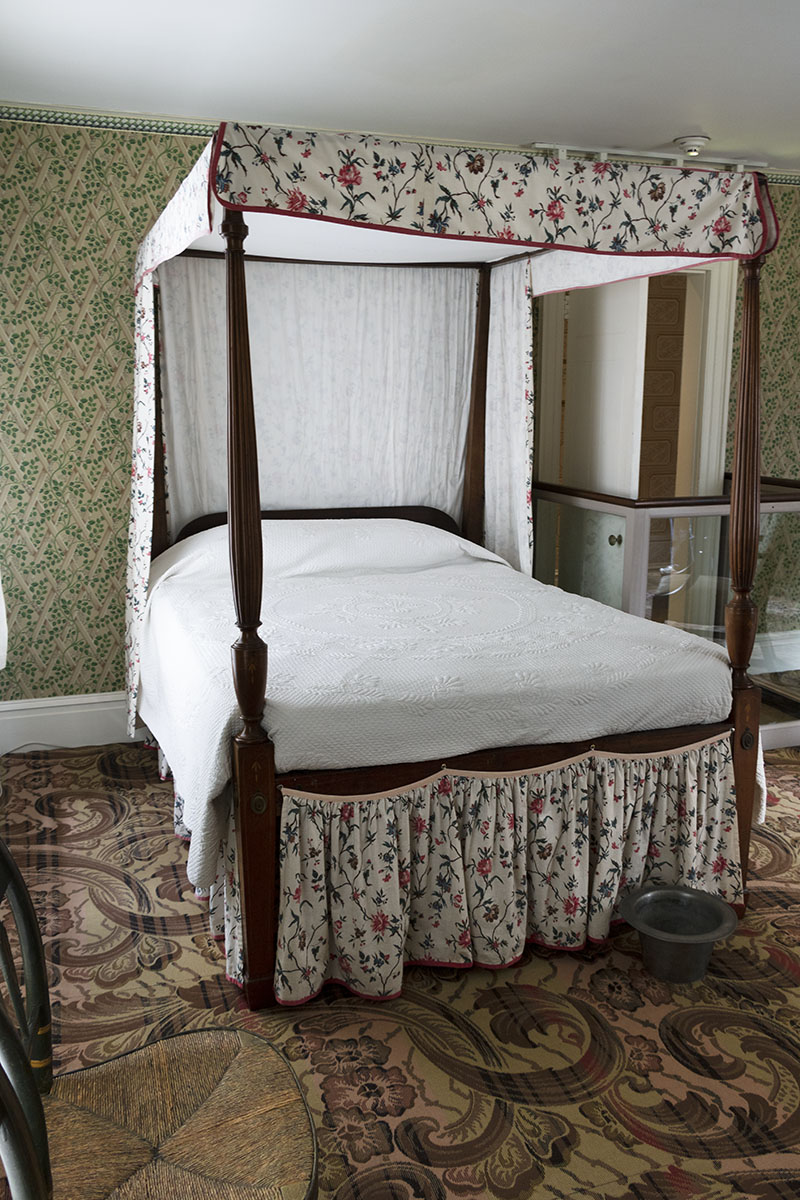 At times, some Webster family members even joined the household temporarily. They could stay in a guest room in the Webster home. 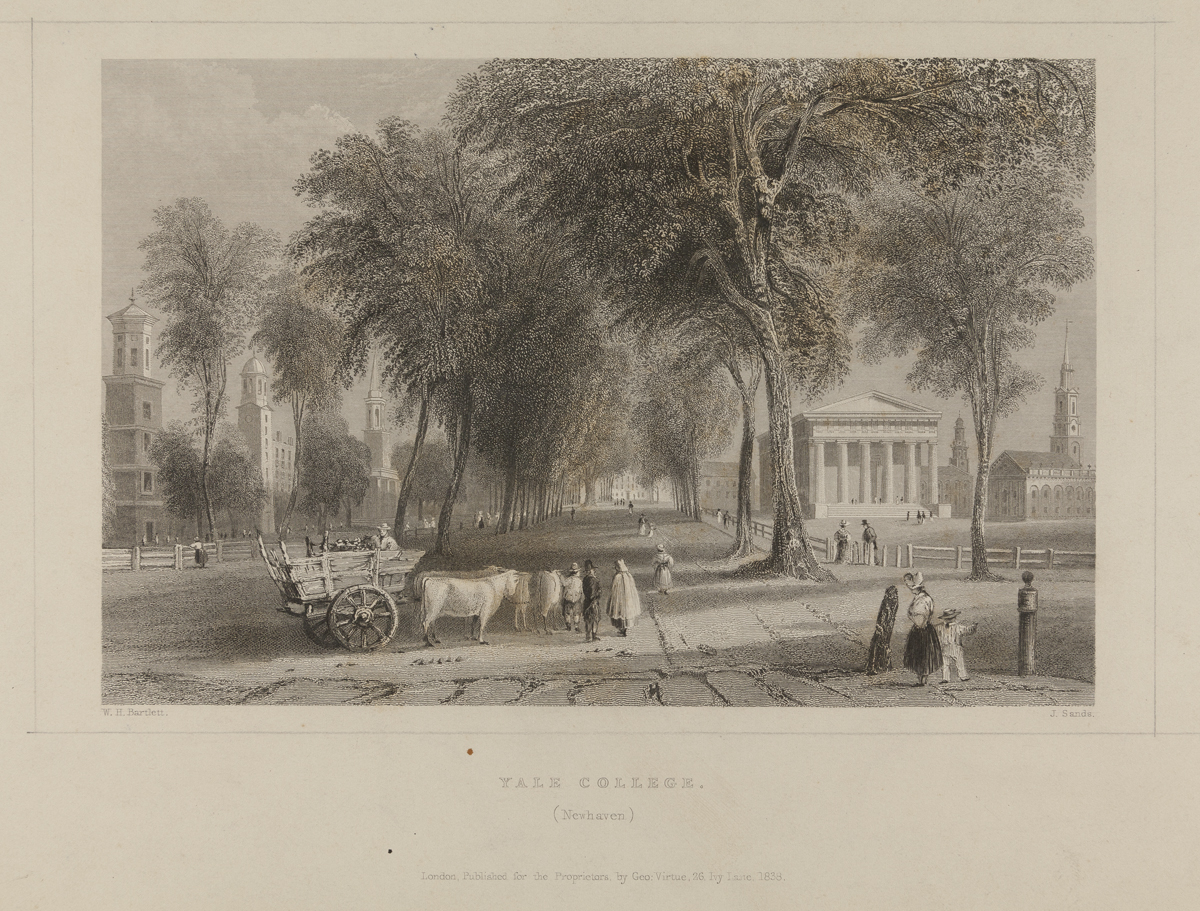 Webster’s Yale-attending grandsons and their classmates stopped in for visits and came to gatherings. This print shows Yale College—located not far from the Webster home—during this time. 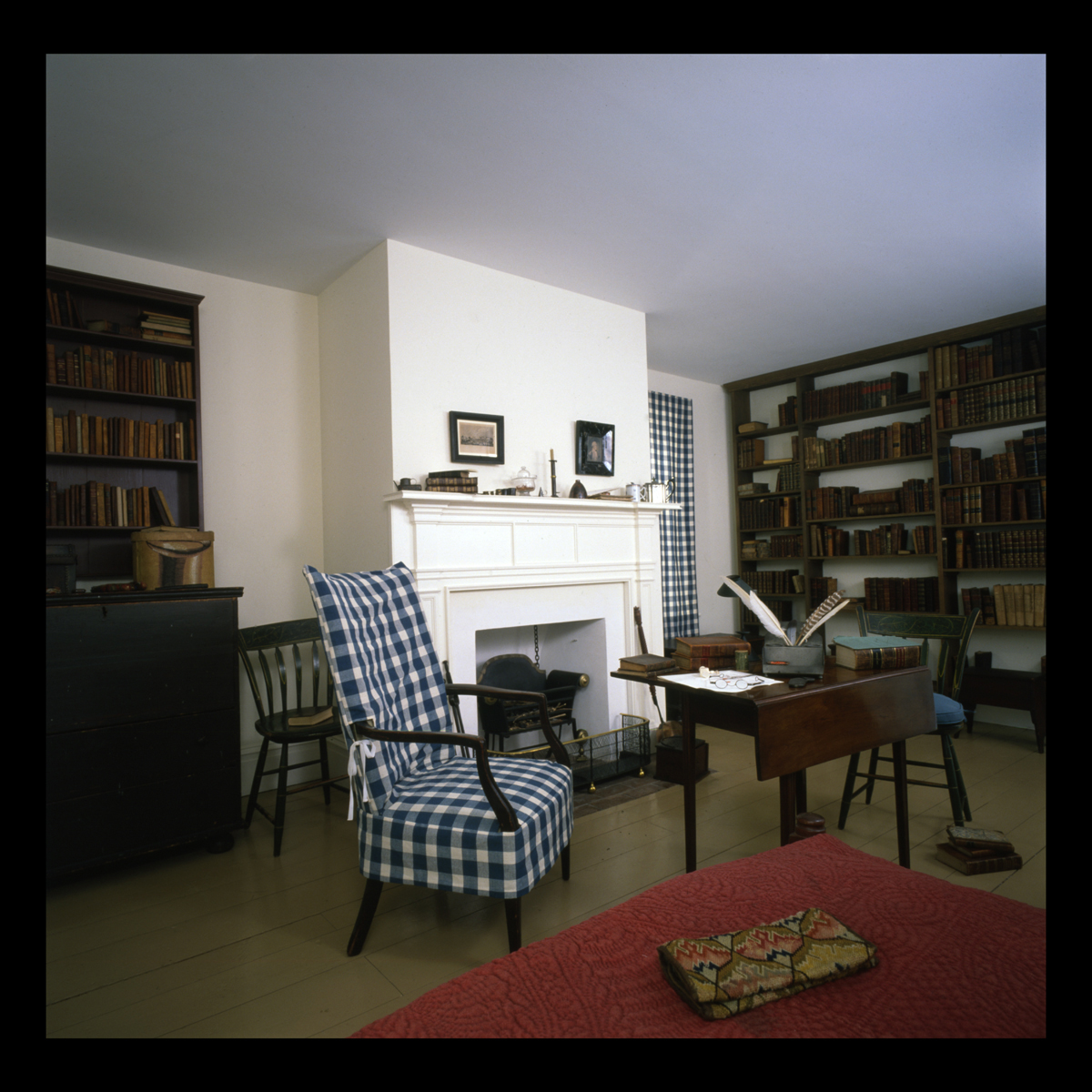 The Webster family home was also Noah’s “office.” He had moved his study upstairs in October 1834, met there with business associates and students. 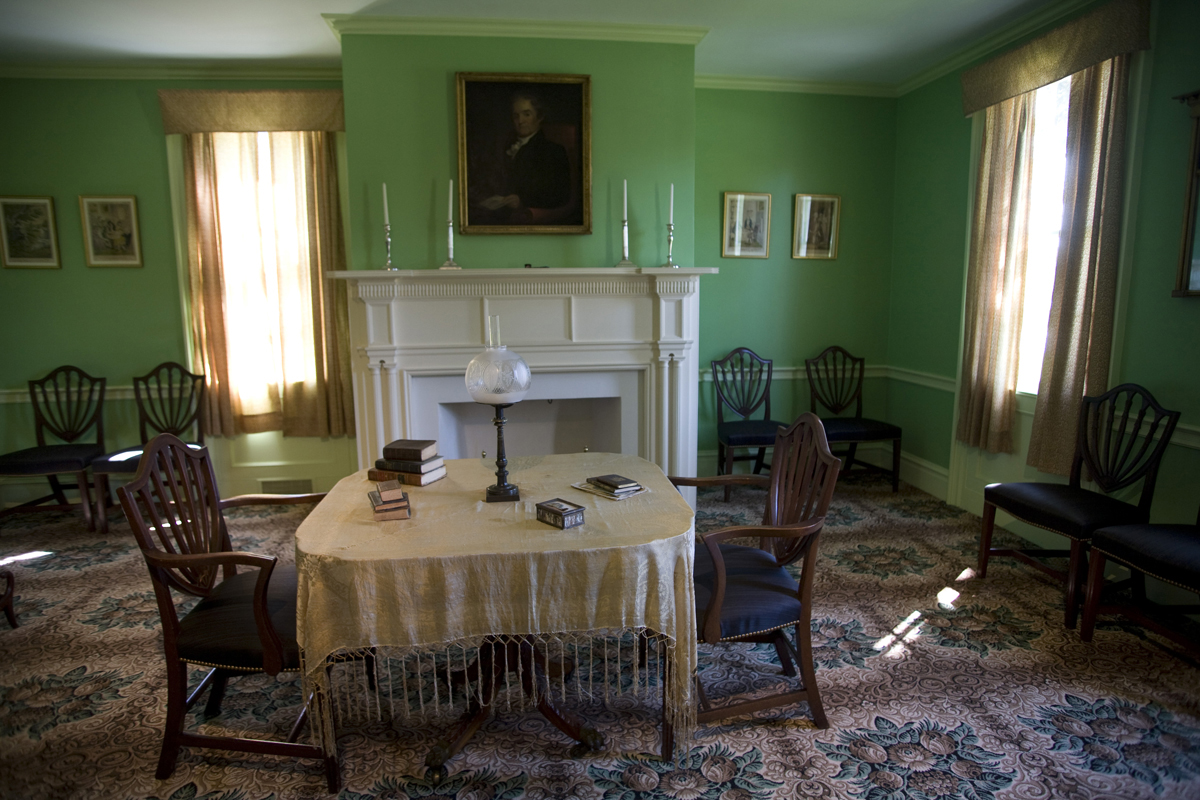 Guests—including visiting clergymen, publishing associates, Yale faculty, and political leaders—would have called at the house or would have been invited to gatherings in the home. This is the Webster parlor. 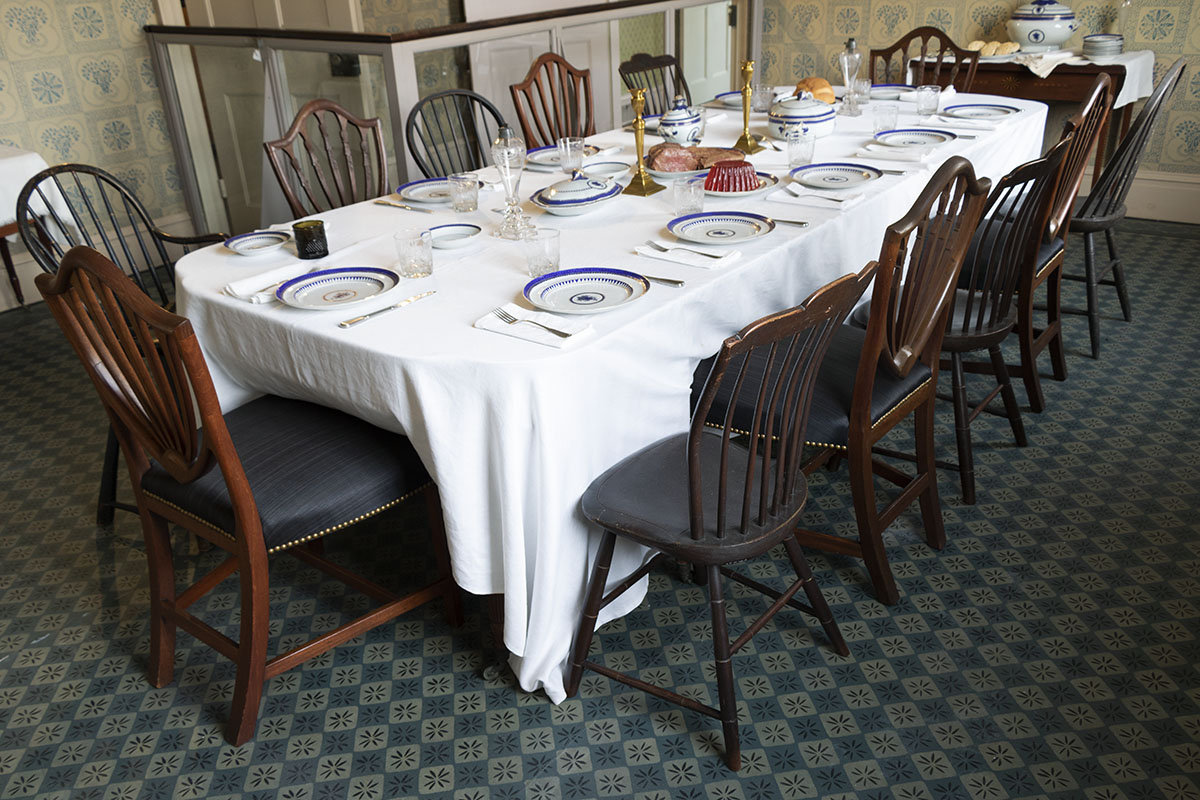 To help reflect the active family life that took place in the Webster household in 1835, the new dining room vignette suggests members of the extended Webster family casually gathering for a meal. 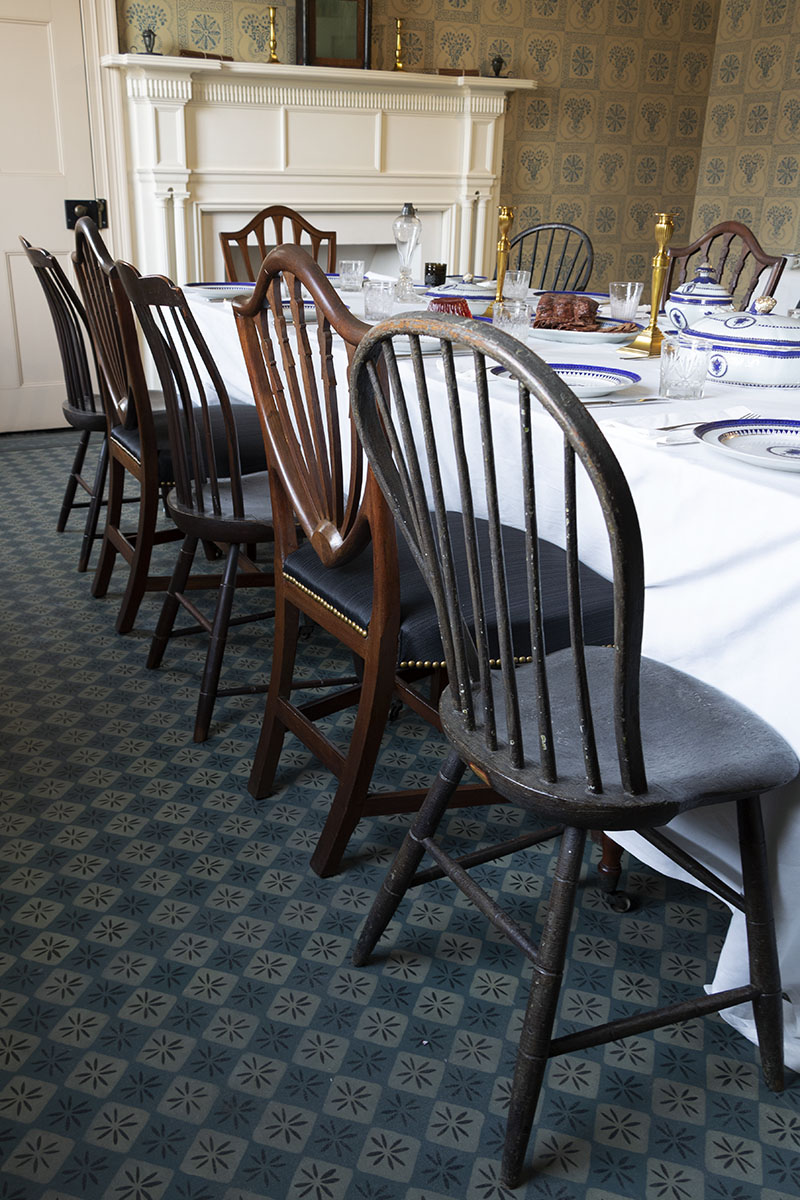 The room’s arrangement is deliberately informal, with mismatched chairs. Hepplewhite chairs that are part of the dining room set are supplemented by others assembled for this family meal. 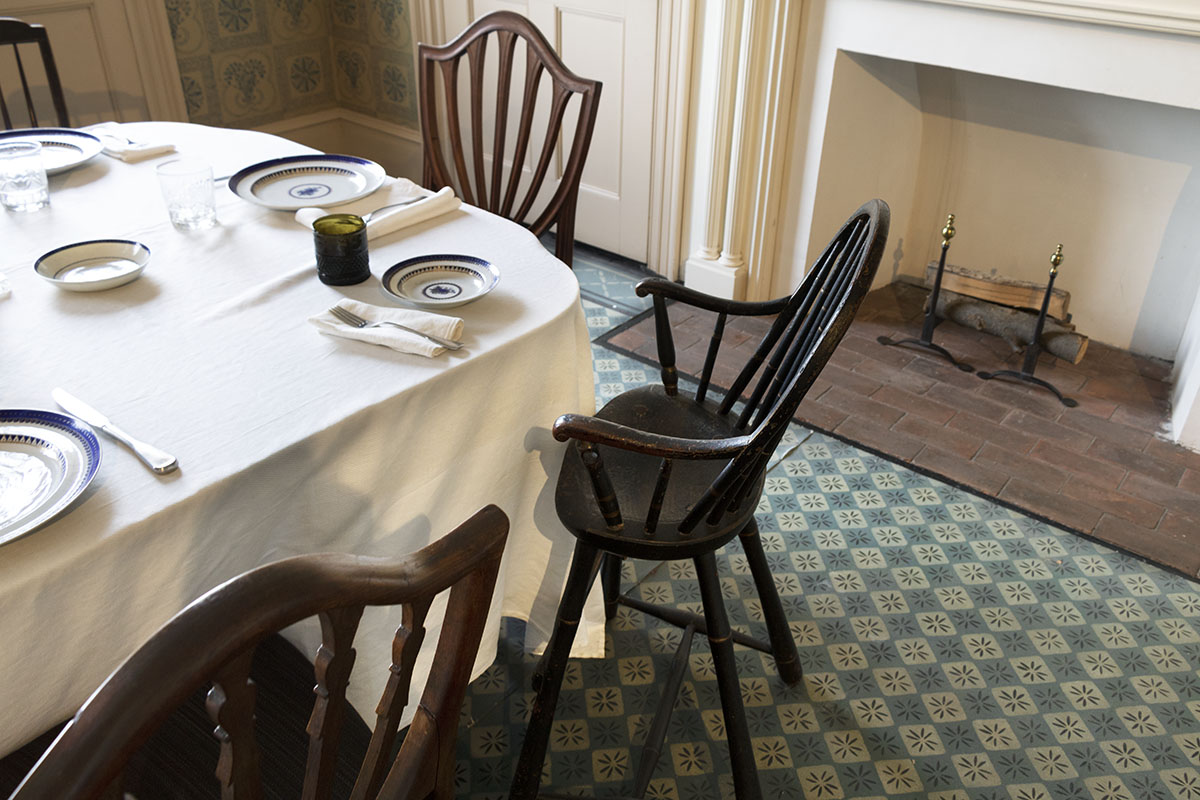 A high chair is provided for the youngest Webster grandchild. 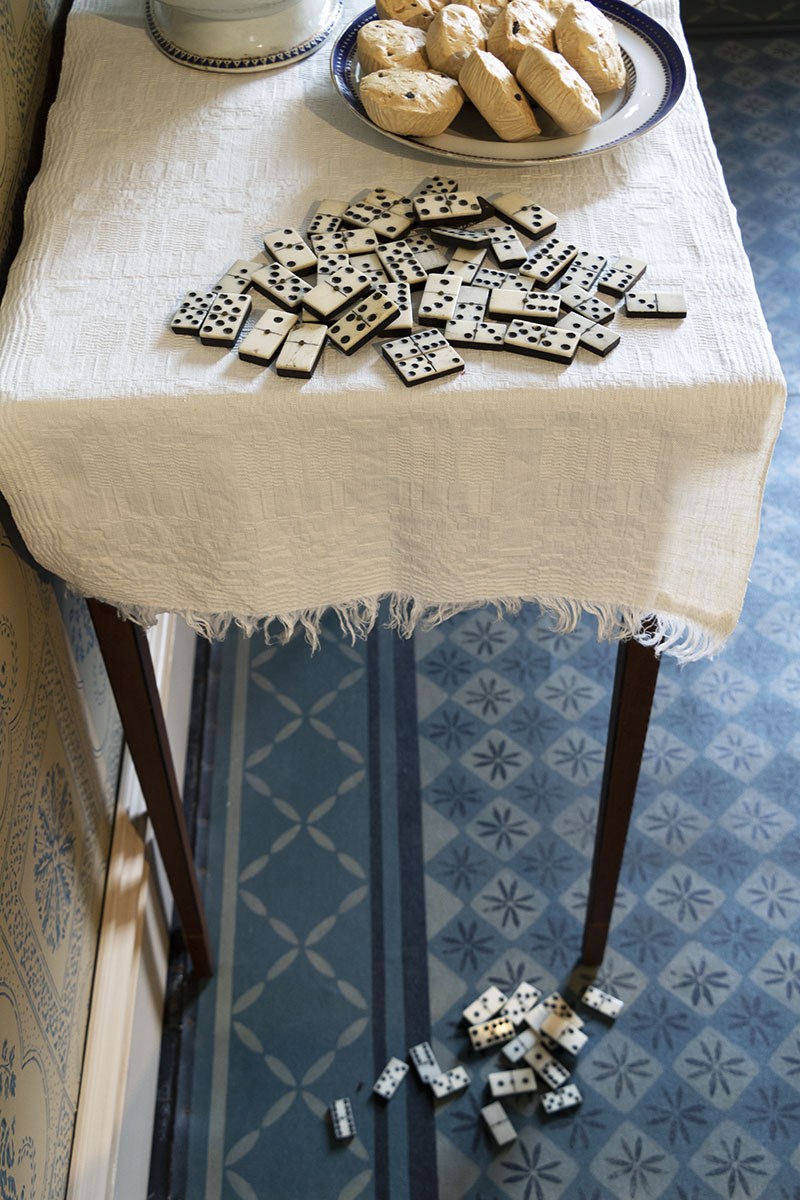 The grandchildren’s domino game was quickly set aside as the table was set and three generations of the family began to gather. 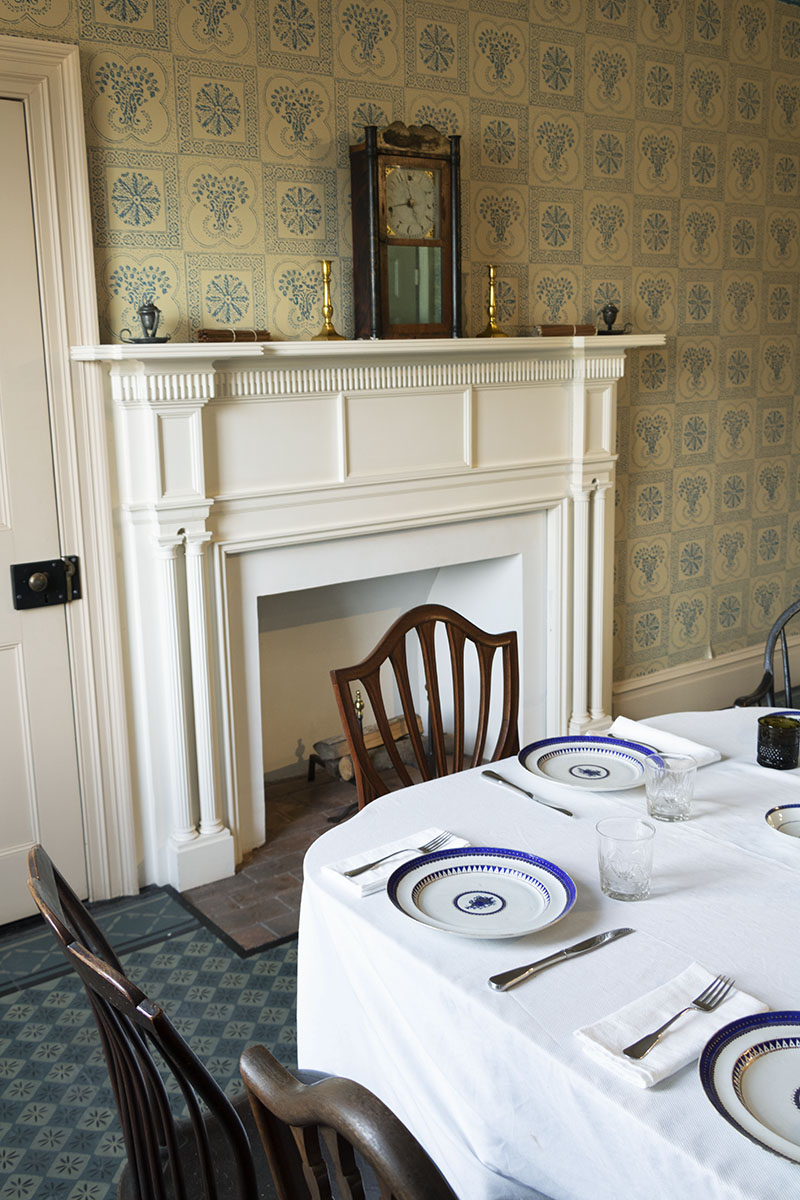 The dining room furnishings, like those in the rest of the home, reflect a household whose elderly inhabitants started housekeeping decades before. The Websters would have owned most of their furniture, tableware, candlesticks, and other items for decades. The Connecticut-made clock on the mantel would have been a bit newer, since it dates from 1825–1835. 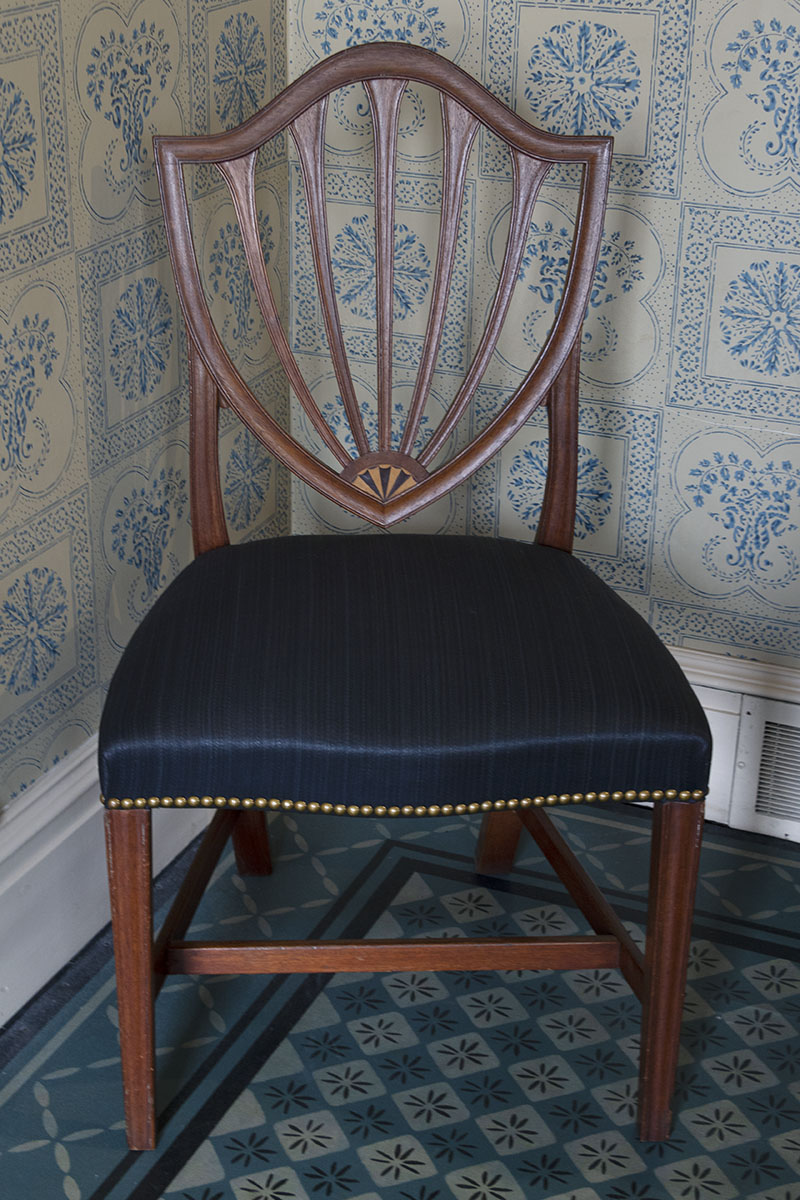 But the Hepplewhite style chairs—no longer in fashion—would have been purchased more than 30 years before. 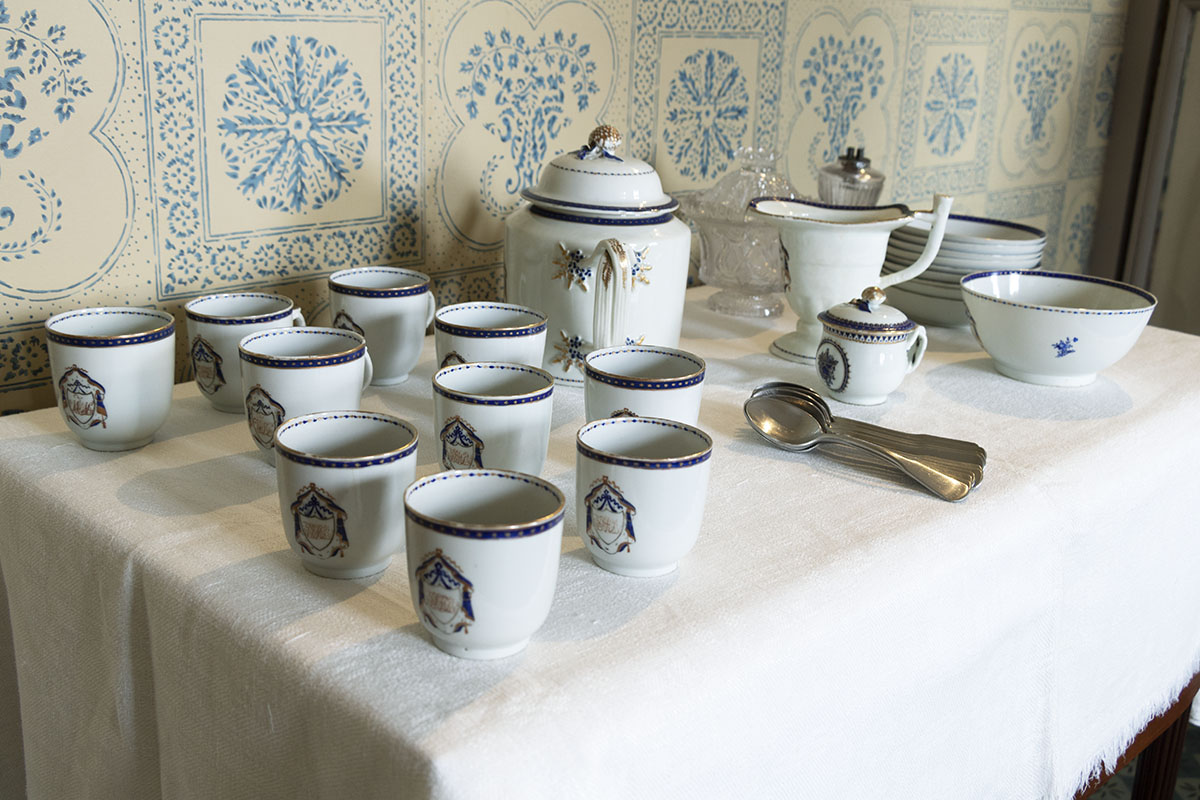 The early 1800s Chinese export dishes would have likely been bought decades before. Quite fine and fashionable when new, the sturdy dishes would have survived to be used at everyday meals and for family gatherings many years later. 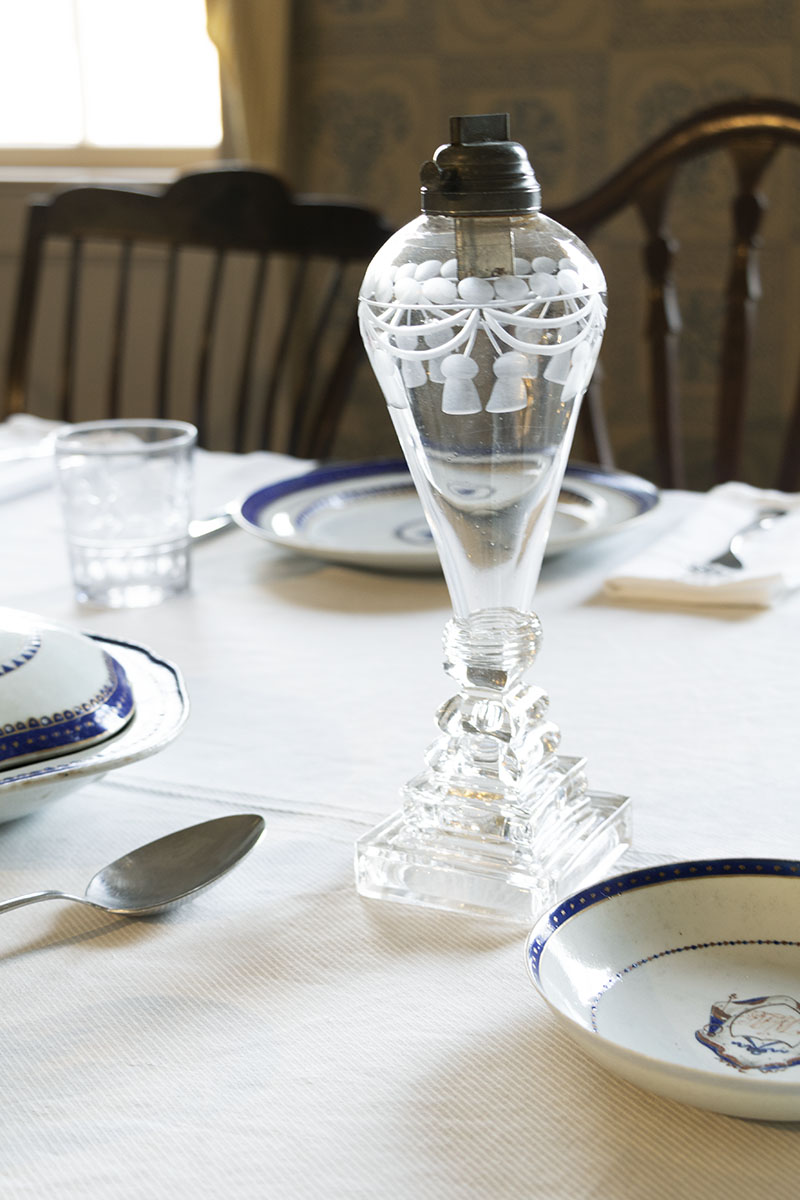 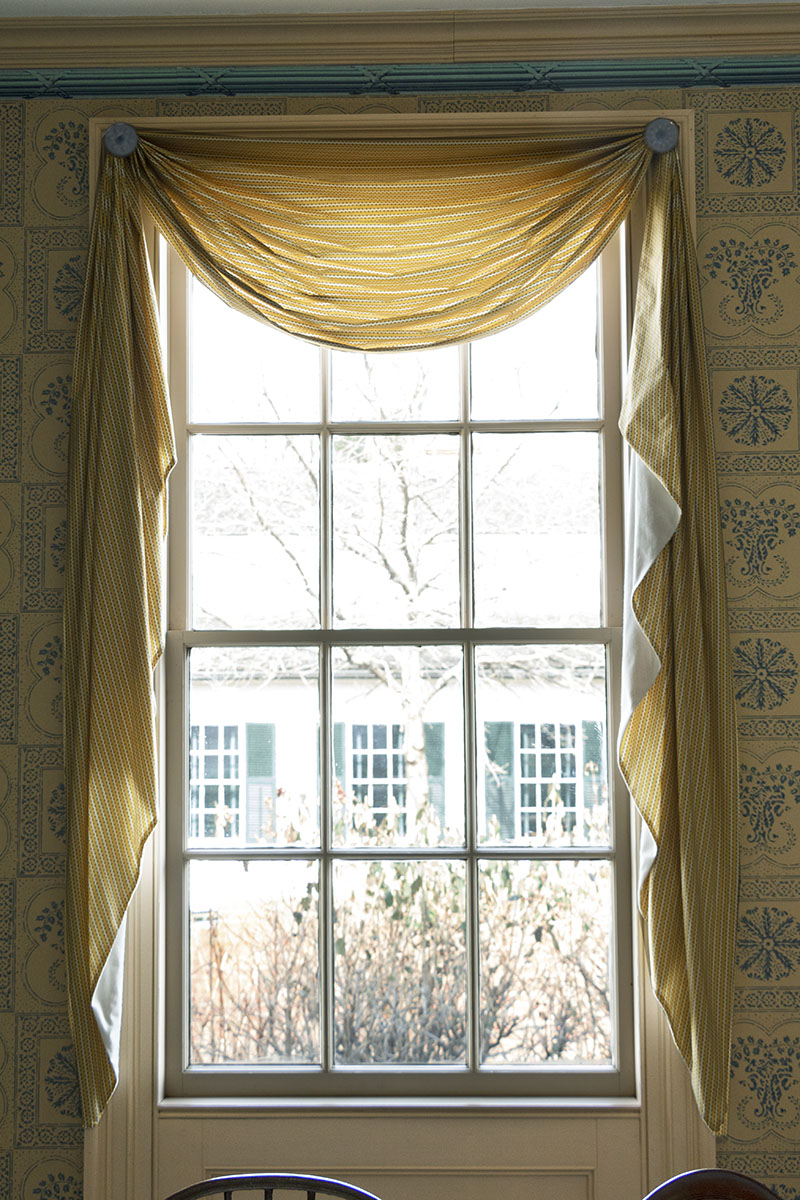 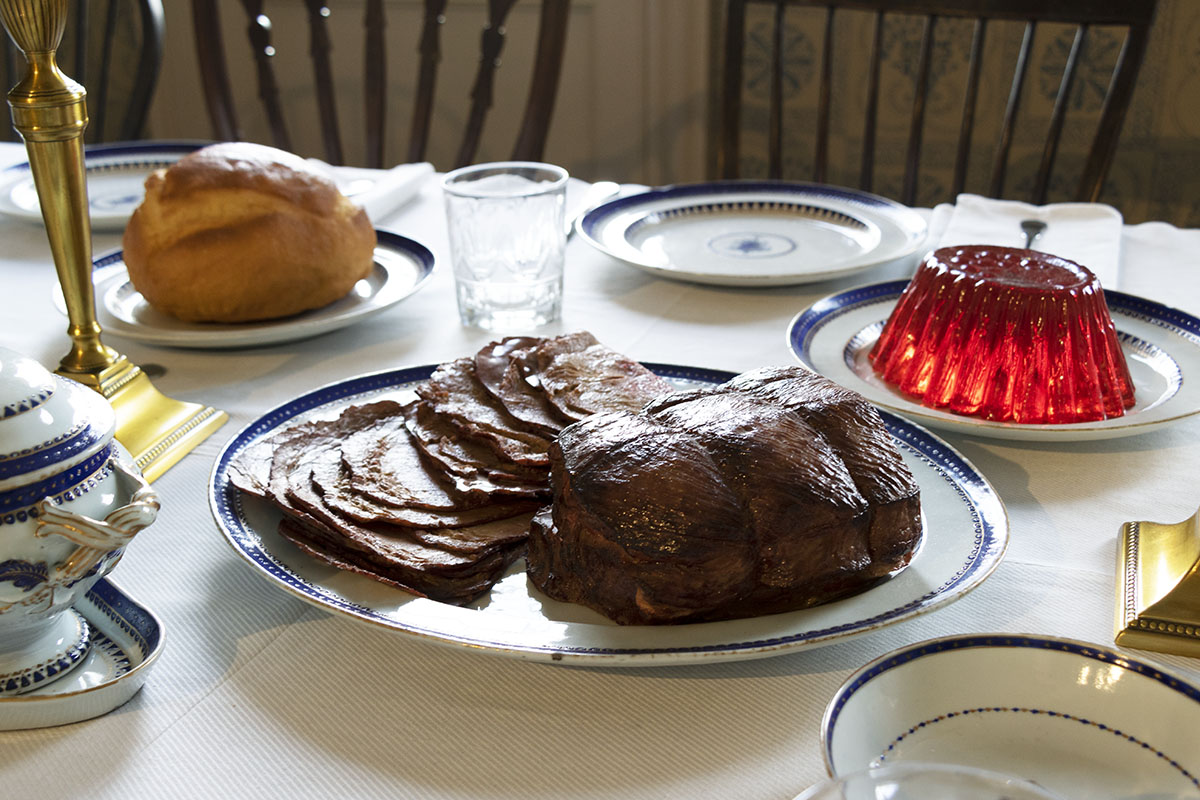 Do stop by the Noah Webster Home when Greenfield Village opens this spring and see what the Websters are having for dinner as they “gather” with their children and grandchildren! And for even more Village building makeover stories, see also this recent post from Senior Curator and Curator of Public Life Donna Braden.