Acquisition Positions THF as Primary Source in Roadside Architecture and Design in U.S.


(Dearborn, Mich. – September 17, 2019) - The Henry Ford announced today the acquisition of the largest collection of diner materials in the country, put together by the leading expert on the subject, Richard J.S. Gutman. The collection of thousands of 2D and 3D artifacts includes historic photographs, slides, drawings, manufacturers’ catalogs, postcards, menus, tables, stools, tableware, promotional giveaway items, clothing and more, from diners across the United States. Along with the John Margolies collection, acquiring this collection positions The Henry Ford as the go-to research venue for materials related to roadside architecture and design in the United States.

Gutman grew his collection in the course of his research for four books, numerous articles, three major exhibitions, and multiple restoration and consulting projects. In addition, he was instrumental in the move and restoration of The Henry Ford’s own Lamy’s Diner, which is now used as a dining experience inside Henry Ford Museum of American Innovation®, and also the reconstruction of the Owl Night Lunch Wagon, the last surviving lunch wagon in existence, located in Greenfield Village.

“Through Richard’s efforts, the American diner is now generally recognized as an icon of roadside architecture and entrepreneurial enterprise,” said Patricia Mooradian, president & CEO of The Henry Ford. “With this acquisition we are able to build upon the wonderful foundation that he helped us create many years ago and provide unprecedented access to those seeking inspiration from a design, manufacturing or start-up perspective.”

Richard began his fascination with diners while he was studying architecture at Cornell University. After discussing the unique building type with his British cohorts who had never seen anything like them before, he was motivated by their curiosity to learn more. His collection began as part of his thesis and started with a slide collection of still extant roadside diners that grew into a library of more than 7,000 images.  Often referred to as The Diner Man, he has contributed to virtually every published media piece on diners over the last 30 years, and his expertise and insight continue to be called upon today.

“My long-standing relationship with The Henry Ford led me to the conclusion that this was the place where I wanted my collection to reside,” said Gutman. “As I have gone through the material in preparation for its move, I’ve been delighted to see the scope that it represents. There are so many ideas and countless connections waiting to be discovered by those who are also fascinated by the subject.”

The materials in this collection will contribute to resources for current and future Lamy’s dining experiences, along with potential opportunities for related exhibits and programs. The collection is currently at The Henry Ford and being digitized for online accessibility. 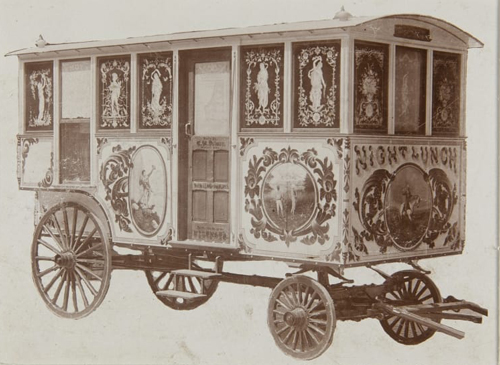 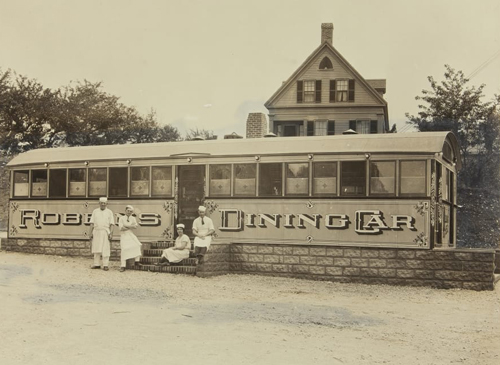 About The Henry Ford

Located in Dearborn, Michigan, The Henry Ford, a globally-recognized destination, fosters inspiration and learning from hands-on encounters with artifacts that represent the most comprehensive collection anywhere focusing on innovation, ingenuity and resourcefulness in America. Its unique venues include Henry Ford Museum of American Innovation, Greenfield Village, Ford Rouge Factory Tour, Benson Ford Research Center and Henry Ford Academy, a public charter high school. Together with its online presence at thehenryford.org, its national television programs, The Henry Ford’s Innovation Nation and Did I Mention Invention? and other resources, The Henry Ford helps individuals of all kinds to unlock their potential and help shape a better future. The Henry Ford advanced its role as a catalyst for change in education with the acquisition of The STEMIE Coalition, a growing affiliation of organizations dedicated to fostering innovation, invention and entrepreneurship in students, K-12. With this merger, The Henry Ford is now home to the Michigan Invention Convention and the Invention Convention U.S. Nationals, during which thousands of students from across the United States participate.