Earl Newberry mainly worked as an entertainment promoter, and is mainly known for his automobile thrill show work. This collection consists of business records, correspondence, newspaper clippings, publications, and photographs related to auto thrill shows in the 20th Century.

Earl Newberry (1894-1961) had a variety of careers during his life. He is best known as a promoter of theatrical shows, musical acts and auto thrill shows in the years before and after World War II. He was born in Chicago, but the Newberry family was...

Earl Newberry (1894-1961) had a variety of careers during his life. He is best known as a promoter of theatrical shows, musical acts and auto thrill shows in the years before and after World War II. He was born in Chicago, but the Newberry family was originally from Detroit. He began his music career as a pianist for the Detroit Symphony Orchestra in the 1920s, then worked as director of several military marching bands in the 1930s. He departed from military bands in the 1930s and moved into promoting theatrical acts such as dancing girl revues and musicians in the early 1940s. Victor Borge, the "clown prince" of Denmark, was among the noted acts that Newberry booked during his career. Much of these business dealings were done under the business enterprise Associated Artists, Inc.

Auto thrill shows were immensely popular until World War II. Gasoline rations and automobile production forced auto thrill shows to take a hiatus, in addition to the fact that many of the shows' drivers volunteered or were drafted for service. After the war ended, auto thrill shows quickly regained their pre-war popularity. As evidence of their popularity, Clark Gable starred in the 1950 film "To Please A Lady," in which he plays a thrill-chasing race driver who gets "busted down" to being a stunt driver in an auto thrill show. The film features the Joie Chitwood Auto Daredevils, one of the shows Newberry promoted.

These shows were also becoming popular in Europe after the war. Newberry promoted several events in Europe, such as the Cytrix Motorcycle Daredevils in England. Some of these events were promoted along with Abe Saperstein, owner and manager of the Harlem Globetrotters. Featured in the collection is correspondence with Tex Bryant, an American serviceman stationed in France, who sent Newberry photos of auto stunts being performed in France.

Other business ventures Newberry was associated with include: the Tournament of Thrills, Hollywood Trans-World Auto Daredevils and the Cytrix Motorcycle Daredevils from England.

In addition, Earl Newberry also served as zone supervisor for the International Stuntmen's Association and was a consultant for Ford Motor Company, staging shows and supervising motion pictures for the company.

In the fall of 1960, and again in 1961, Newberry became ill and was hospitalized. It was discovered that he was suffering from colon cancer. It is believed that Newberry died during some form of exploratory surgery for his cancer. He died around late October, early November 1961.

Earl Newberry had one daughter during his life, but it was not with Irene Newberry. It is not known when his daughter was born, or how much contact he had with her.

Irene Newberry, whose maiden name was Tendzi, was born in the Midwest in 1904. She went to college in Milwaukee and became a commercial artist. She created artwork for many of the shows her husband promoted. She also created posters on automobile safety, one of which is included in this collection. She also sketched and painted portraits of her husband, which are also part of this collection.

Earl and Irene Newberry were married in 1936-37 in Tampa, Florida, then relocated to Jacksonville in 1938. They maintained a residence there all throughout their marriage. Irene Newberry lived in their Jacksonville home until her death in 2000 at the age of 94. She also took over some of the business responsibilities for Newberry Thrill Enterprises after this death.

Earl Newberry was also a Mason and belonged to the Lodge in St. Louis, as did his father (John Phelps) and brother (William H.).

Unrelated to the life of Earl and Irene Newberry, but of noteworthy interest, are writings by Dr. George Crane on sex, relationships, marriage and etiquette that reflect both conventional and unconventional views on these topics for the time period.

This collection was donated to the Museum by Jim Johnson. Additional background information was provided by Jim Johnson and Ms. Adelaine Houghton, Irene Newberry’s sister. 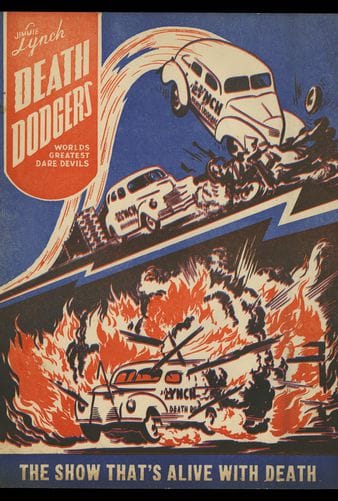 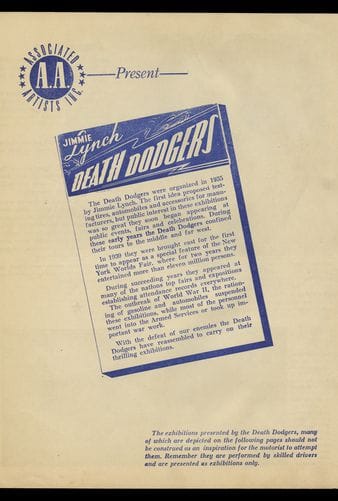 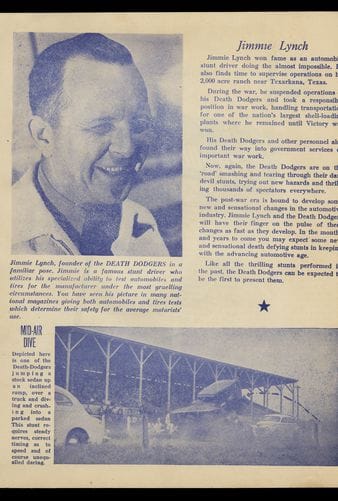 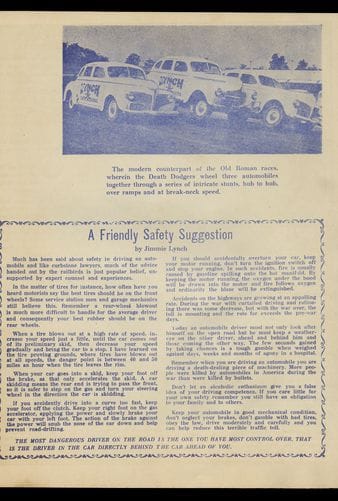 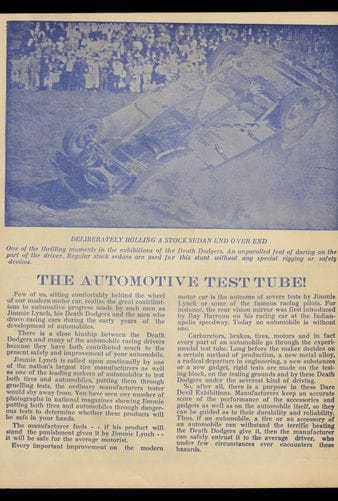 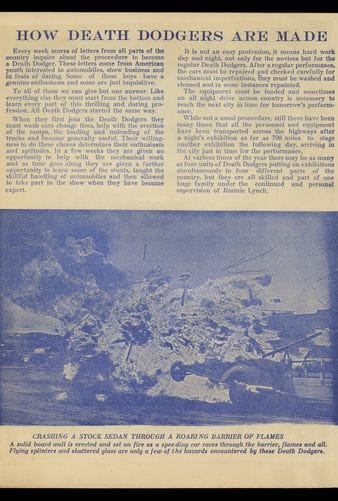 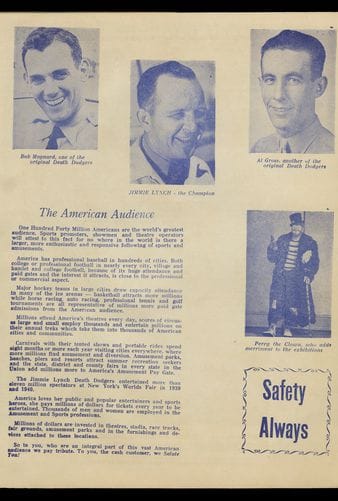 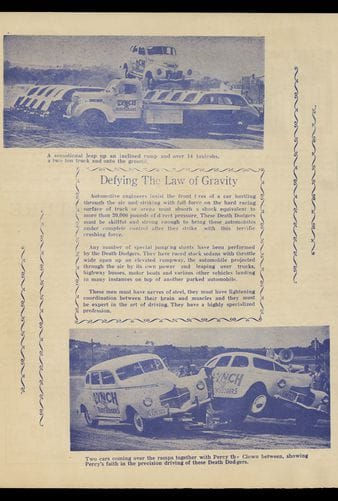 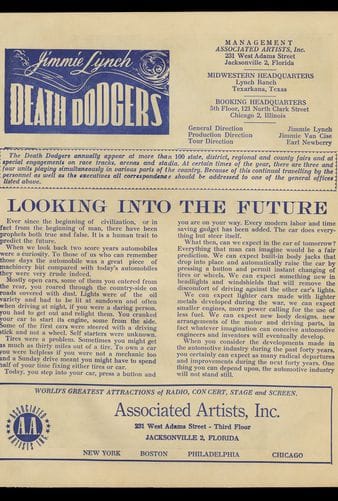 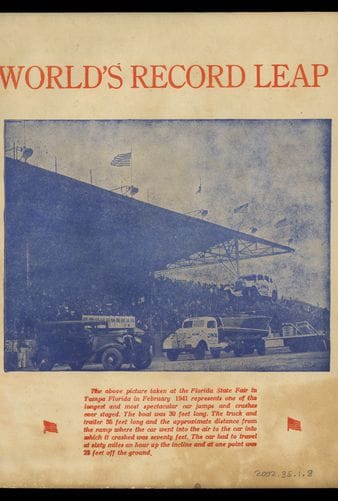 Jimmie Lynch, automobile daredevil and stunt car performer, began his career in the 1930s. He and his troop of Death Dodgers toured the country crashing cars and entertaining the public. Though rollovers, crashes and stunts were basic elements of daredevil thrill shows, Lynch also promoted automobile safety. He performed tests for the National Safety Council and educated the public on how and how not to drive.