The A.B. Dick Company was founded in 1884 in Chicago, Illinois, by Albert Blake Dick, Sr. Having made the acquaintance of Thomas A. Edison, Dick used Edison's electric pen concept to invent the mimeograph process, creating a quick, simple, and economical...

The A.B. Dick Company was founded in 1884 in Chicago, Illinois, by Albert Blake Dick, Sr. Having made the acquaintance of Thomas A. Edison, Dick used Edison's electric pen concept to invent the mimeograph process, creating a quick, simple, and economical method to duplicate printed materials.

The A.B. Dick Company was privately held until 1972, when the business went public on the New York Stock Exchange. Only seven years later, the General Electric Company (GEC) of Great Britain purchased the company for $104 million. Although new products were developed through the 1980s and 1990s, A.B. Dick was sold two more times, ultimately filing for bankruptcy in 2004. Its assets, trademarks, and name were acquired by Presstek, Inc., who continued to manufacture and market A.B. Dick products until 2013. That year, the company was subdivided, with Mark Andy, Inc. acquiring all A.B. Dick products and trademarks.

-"Mark Andy Company History," accessed on 25 May 2016 at http://www.markandy.com/about-us/history/

The A.B. Dick Company Records, 1884-1998, is divided into 4 series: the BUSINESS RECORDS SERIES, the AUDIO-VISUAL MATERIALS SERIES, the ARTWORK SERIES, and the EPHEMERA SERIES.

The Awards subseries (0.31 cubic ft.) is comprised of printed awards and certificates given out by A.B. Dick to employees, as well as awards given to the company by outside groups. Of note are 2 glass award templates for the Edison Dick Award, which honored 50 years of service with the company, a certificate from the United States Treasury for the company's war savings effort, and an Economic Cooperation Administration Certificate of Cooperation from 1951 regarding technical assistance to citizens residing in countries receiving Marshall Plan funds.

The Corporate History subseries (2.39 cubic ft.) includes general information about the history of the A.B. Dick Company, their operations and products, and information on other companies in the duplicating business. There are several presentations, company history files and notes, and a list of serial numbers and patents dating from 1907 to 1973. There is also a copy of the first 147 page of Menlo Park Reminiscences, as told by Francis Jehl to the Edison Institute of Technology (now The Henry Ford) in 1932.

The Corporate Publications subseries (2.48 cubic ft.) contains publications produced by A.B. Dick about the company. This includes newsletters, magazines, and annual and quarterly reports from 1972-1978. These are arranged by title, and then in chronological order. Also contained in this subseries are booklets and pamphlets, as well as information from the company's Publications Department.

The Correspondence subseries (0.75 cubic ft.) is organized by year, correspondent, or by subject. General correspondence is arranged in chronological order, with dates ranging from 1895-1993. Correspondence from A.H. Caliendo, Kent Chandler, Eastman Kodak Company, R.V. Guelich, and the A.B. Dick New York office are organized in separate folders. Topically arranged correspondence includes the Burke-Hartke trade bill of 1972, Gestetner vs. Edison-Dick, the National Office Machine Dealers Association museum exhibit from the late 1980s, the A.B. Dick plant in Niles, Illinois, and a visit to Henry Ford Museum and Greenfield Village by H.P. Watts in 1971.

The Events subseries (1.51 cubic ft.) contains reports, brochures, photographic prints, and other documents relating to corporate and national events in which A.B. Dick participated. These events include corporate anniversaries, the 1939 and 1940 New York World's Fairs, the dedication of the plant in Niles, Illinois, trade shows, and service awards dinners.

The Financial Records subseries (0.89 cubic ft.) includes a photocopy of the 1884 certificate of registration for the A.B. Dick Company, government invoice records from 1918-1919, documents regarding the public stock offering in 1972, and some sales records dating from 1894-1903.

The Legal Materials subseries (0.77 cubic ft.) contains documents regarding a 1948 anti-trust case, a copy of the 1876 patent for the Edison Electric Pen, and foreign sales agreements with Argentina, Australia, Canada, England, France and Algeria, Germany, Norway, Palestine, the Philippine Islands, and South Africa. Other topics covered include patents held by A.B. Dick, the sale of A.B. Dick to British General Electric in 1972, and trademarks for the company.

The Public Relations subseries (2.18 cubic ft.) contains articles from newspapers and magazines, press releases, and general files containing memos, correspondence, some photographic prints, and company publicity items. These items are arranged in chronological order, and mostly date from 1922 to 1992.

The general sales materials include items relating to duplicating processes, foreign sales of A.B. Dick products, training manuals, and business proposals. These are organized alphabetically. The foreign sales materials are mostly written in languages other than English, including Spanish, French, Italian, Japanese, Dutch, and Thai. The product literature in this subseries is organized by machine or process (e.g. mimeoscopes, mimeographs, offset duplicators, etc.), and then by model number. Dates for these materials are listed if known.The work examples are also arranged in alphabetical order, with one calendar example written in Dutch.

Please note that the A.B. Dick Company did not necessarily assign model numbers in chronological order and that some materials like product or sales literature may pertain to multiple models.

The AUDIO-VISUAL MATERIALS SERIES (12.32 cubic ft.) is divided into 3 subseries: the Photographs subseries, the Film Materials subseries, and the Audio Recordings subseries. The Photographs subseries (8.88 cubic ft.) includes photographic prints, negatives, slides, contact sheets, and transparencies. It is categorized into awards, buildings and plants, events and promotions, personnel, products, and miscellaneous groupings. The materials related to products have been grouped by type of machine or process (e.g. mimeoscopes, mimeographs, offset duplicators, etc.) and then by model number. Please note that the A.B. Dick Company did not necessarily assign model numbers in chronological order and that some items may pertain to multiple models. Of note are 27 mounted photographic prints taken by the Hedrich Blessing company, likely of the A.B. Dick facility in Niles, Illinois.

The Film Materials subseries (2.82 cubic ft., 5 reels, 16 videocassettes, and 34 CD-ROMs and DVDs) contains an undated scripted entitled "Yesterday, Today, and Tomorrow," which was written by Joseph Moncure March. Also included are 5 reels of film and 16 videocassettes covering corporate events and films created by the A.B. Dick Company regarding their products and duplicating processes. These items are stored separately from the rest of the collection. The Henry Ford has also created use copies for some audio and video recordings, which have been included in this subseries. The audio recordings available include a centennial audio program from 1984 and one from the 65th anniversary of the company. The available video recordings contain copies of filmed created by the A.B. Dick Company covering their corporate events and duplicating processes.

The Audio Recordings subseries (0.62 cubic ft., 8 records) contains 33 1/3 and 78 rpm recordings pertaining to radio campaigns and commercials for A.B. Dick products, as well as the 1961 Pacemaker sales meeting and dedication speeches given at the dedication of the Niles, Illinois plant in 1949.

The ARTWORK SERIES (11.12 cubic ft.) is made up of 2 series: the Business Records subseries and the Advertising and Products subseries. The Business Records subseries (3.62 cubic ft.) has been categorized into the following groupings: awards; buildings and plants; events and promotions; labels; logos, stationery, and forms; personnel; publications; and miscellaneous. The artwork includes mock-ups and layouts that could be used for promotional materials, creation of certificates, items relating to the A.B. Dick sponsored car at the 1981 Indianapolis 500, and a historical exhibit and open house materials from 1974.

The Advertising and Products subseries (7.50 cubic ft.) includes products, sales, and educational literature artwork for the A.B. Dick Company. This subseries is divided into advertising, educational products, and products groupings. The advertising group includes artwork for a few ads produced in the 1970s and 1980s. There is also material pertaining to the "Frustration" campaign put out by A.B. Dick. The educational products contain materials intended to be used for schools, and were noted as educational materials by the company. The product artwork contains images and layouts of specific A.B. Dick machines, and have been organized by type of machine or process (e.g. mimeoscope, mimeograph, offset duplicators). Within these groupings, the artwork has been organized by model number. Please note that the A.B. Dick Company did not necessarily assign model numbers in chronological order, and some models may be included in multiple folders.

The EPHEMERA SERIES (0.87 cubic ft.) includes magnetic data cards, nameplates, printing plates and blocks, 2 jigsaw puzzles, and a stylus. Some of the nameplates in this series were given to A.B. Dick as work examples of other companies, so the files may also include catalogs or correspondence. Of interest in this series is a large metal printing plate featuring the A.B. Dick Company logo and a printing block featuring a half-tone portrait of A.B. Dick, Jr. 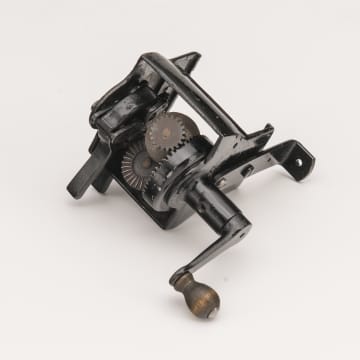 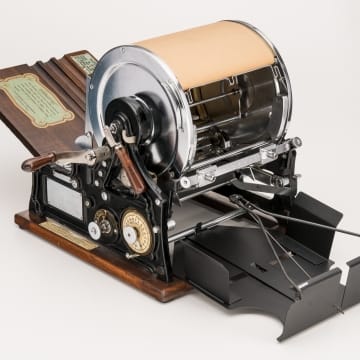 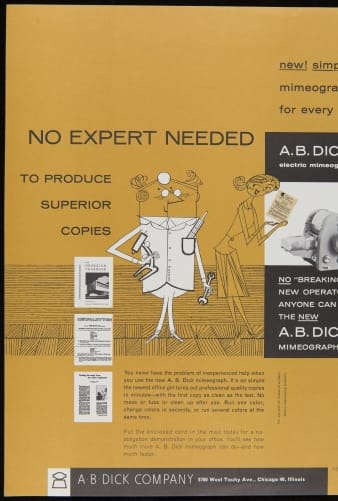 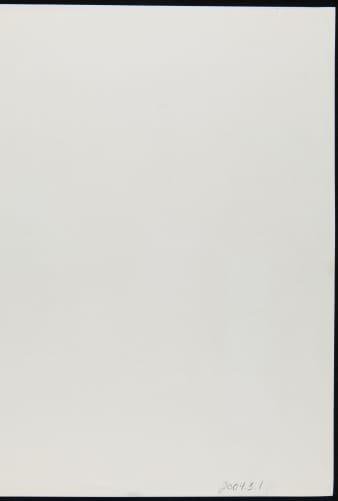 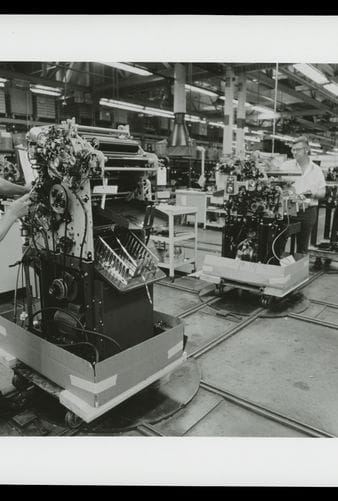 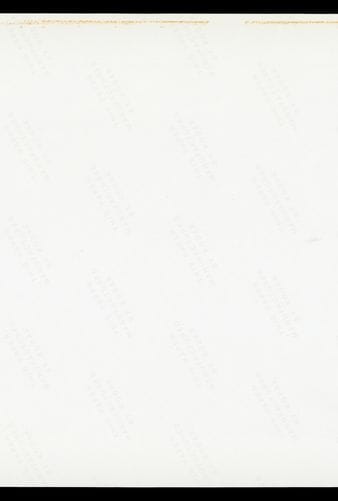 Not on exhibit to the public.