Peter E. Bryant was an automotive engineer who began his career in the race car industry. After designing cars for the Canadian-American (Can-Am) Challenge Cup, most notably the Autocoast Ti-22 and the United Oil Products (UOP) Shadow, Bryant moved into other areas of vehicle design. His later works include transports for Disney, a variety of buses, and a mobile CAT scan unit.

Peter E. Bryant (1938-2009) was born in England, and obtained his first job in the automobile racing industry in 1957, as an engineering intern with Lotus Cars. Over the next few years, he would continue his career with various Formula One and Formula...

Peter E. Bryant (1938-2009) was born in England, and obtained his first job in the automobile racing industry in 1957, as an engineering intern with Lotus Cars. Over the next few years, he would continue his career with various Formula One and Formula Two teams. In 1964, he immigrated to the United States after a visit the previous year as the chief mechanic for John Surtees’s Ferrari 250P crew. He worked with Mickey Thompson on his 1964 Indianapolis 500 cars and Carroll Shelby on his Cobra, GT40, and GT350 projects. In 1966, Bryant began his work with Can-Am race cars when he joined the Dana Chevrolet team as race engineer. The next year, he moved on to the Lola team owned by Carl Haas, and in 1969, Bryant built his first Can-Am car, the Autocoast Ti-22, which would soon become the first American-made car to lead a Can-Am race. In 1971-1972, Bryant created the UOP Shadow cars, which included pioneering technology in ground-effect aerodynamics.

After his work engineering race cars, Bryant used his talents in other industries. He designed various buses for different companies, worked with the Disney Corporation on multiple projects, and created a mobile CAT scan vehicle. He also developed and patented his RollGard system, which helped stabilize large vehicles on the road. In addition to projects related to standard combustion engines, Bryant also delved into electric buses, electric motorbikes, and the use of solar and wind energy.

The AUTOMOBILE RACING AND DESIGN SERIES (1.41 cubic ft., including 1 oversize box) is comprised of materials relating to Bryant’s work as a car designer, both on and off the race track. Information included in this series includes his book

The AUTOMOBILE RACING AND DESIGN SERIES (1.41 cubic ft., including 1 oversize box) is comprised of materials relating to Bryant’s work as a car designer, both on and off the race track. Information included in this series includes his book (“Can-Am Challenger”) and his work on multiple Canadian-American (Can-Am) Challenge Cup race cars including the Autocoast Ti-22 and the United Oil Products (UOP) Shadow. There is also information related to Bryant’s work designing cars for other groups, including Collins Motorsports, and Shelby American, Inc. Two photographs included in this series are autographed and can be found in the United Oil Products Photographs folder and the Canadian-American (Can-Am) Challenge Cup Photographs folder.

The DESIGN PROJECTS SERIES (2.50 cubic ft.) contains information regarding many of Bryant’s other projects. These projects include, but are not limited to, explorations in alternative energy for vehicles, multiple types of buses, a mobile CAT Scan unit, vehicles for the Walt Disney Corporation, and racing projects related to Mickey Thompson (including technical specifications for the 1964 Sears Allstate Specials used in the 1964 Indianapolis 500), Super Trucks, and the Flat Fire Salt Flats Car.

The ENGINEERING DRAWINGS SERIES (8.04 cubic ft., including 5 oversize boxes and 10 rolls) is made of engineering drawings related to various design projects worked on by Peter Bryant. Drawings from the production of the Carpenter Bus and Truck, the Continental Mid-Trans Bus, and the GM Blue Line and World Buses are included in this series, along with others. Some of these drawings (folded and rolled) are large scale and in excess of 14 ft. by 4 ft. and have been placed in either boxes or folders with other large scale drawings.

The PATENTS AND RELATED MATERIALS SERIES (1.75 cubic ft.) relates to Peter Bryant’s work with Amtech and the development of his RollGard anti-rollover protection system, for which he earned a United States patent. Additional information regarding the patent process, shocks and stabilizers from various vehicles, and federal regulations can also be found in this series.

The PROFESSIONAL AND TECHNICAL MATERIALS SERIES (0.75 cubic ft.) contains information relating to materials used to produce mechanical vehicle parts, safety standards, and research into materials published by the Society of Automotive Engineers (SAE), of which Peter Bryant was a member and published researcher.

Credit: From the Collections of The Henry Ford. Gift in Memory of Peter E. Bryant. 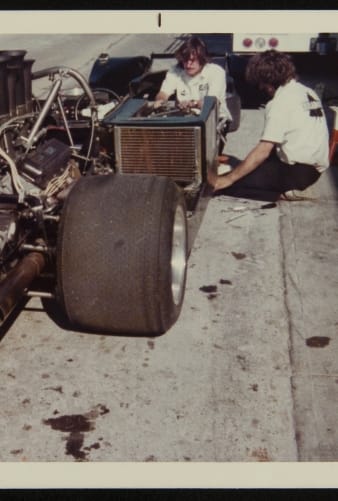 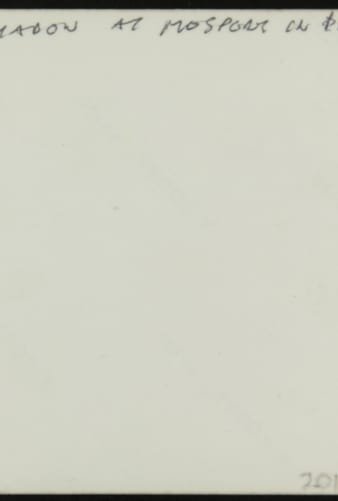 From the Collections of The Henry Ford. Gift in Memory of Peter E. Bryant.