Herman Miller, Inc. is a furniture company based in Zeeland, Michigan. The collection is primarily comprised of trade catalogs, product literature, and publications documenting the furniture, its designers, and the company's history.

In 1905 the Star Furniture Company, which would later become Herman Miller, was started by a group of businessmen. The main customer at the time was Sears Roebuck who bought the traditional style of furniture the company produced. In 1909 the company...

In 1905 the Star Furniture Company, which would later become Herman Miller, was started by a group of businessmen. The main customer at the time was Sears Roebuck who bought the traditional style of furniture the company produced. In 1909 the company changed its name to the Michigan Star Furniture Company. It was in that year that D.J. Depree joined on at the company as an office boy. By the year 1919, he was its president. In 1923, D.J. DePree, his father-in-law Herman Miller, and a small group of investors purchased major stock in the company, changing the name to the Herman Miller Company. In 1959, the company incorporated and took on its current name, Herman Miller, Inc. D.J. DePree retired in 1962, and his son Hugh took over as president and CEO, followed later by his brother Max in 1980.

In the 1930s, a New York designer by the name of Gilbert Rhode became associated with Herman Miller, Inc. and that association lasted into the 1940s. At the time of his arrival the company was making traditional style furniture. Rhode convinced DePree to take on a more contemporary style of furniture and made Herman Miller, Inc. the leader in the modern furniture industry. In 1942, the company began to make office furniture, manufacturing Rhode's Executive Office Group of modular desk systems. At this time the company presented Rhode’s marketing concepts in Chicago, New York, and Los Angeles.

Gilbert Rhode died in 1946 leading the way for George Nelson to step in. Nelson was a writer, editor, and designer at Herman Miller, Inc. He designed storage components, sofas, chairs, and desks. His designs were featured in the company product line from the late 1940s through the 1950s. Nelson was responsible for bringing other great designers on board such as Alexander Girard, Isamu Noguchi, and Charles and Ray Eames. Eames played an important role with the company, becoming internationally known. With the introduction of molded plywood, fiberglass and stacking chairs, Herman Miller became known the world over.

During the coming decades the company continued to grow. In 1958, a large new manufacturing facility was built. In the 1960s, Robert Propst created Action Office, and in 1970 the company offered stock publicly for the first time. Diversification brought about a new manufacturing plant in England, a chair line called Ergon created by designer Bill Stumpf, an expanded participatory employee plan was put into action, and the creation of the Facility Management Institute in Ann Arbor, Michigan was developed. Herman Miller focused on the education of employees and company needs which fueled the purchase of Marigold Lodge. Built in the style of Louis Sullivan and Frank Lloyd Wright, the lodge has been designated a state and national historic site. It provides a quiet atmosphere for work and planning sessions. It parallels the way in which the company dedicates itself to peace, nature, and the environment.

During the 1980s, Herman Miller introduced new office furniture designs, opened new manufacturing plants in Michigan, Georgia and California, added subsidiaries in the United States, and constructed new facilities in England and France. In addition, branches were established in the Far East, Australia and the Middle East. The year 1984 alone produced the Equa chair and Ethospace system. The Equa chair set new standards in comfort, and Ethospace became the first architecture office system. A decade later in 1994, Herman Miller began to manufacture and sell classic Eames and Nelson pieces for the home. Also in 1994 came a breakthrough in comfort design with the Aeron chair. This chair is now a part of museum collections world wide.

Today Herman Miller still holds its place as one of the top furniture design companies, being listed in Fortune magazine as among the Most Admired Companies in the United States and by Industry Week as one of the world's 100 Best Managed Companies. It is known not just for its office systems but for its home furniture not just in the United States, but the world over.

This collection is made up of eight series and a 2006 Addendum. The bulk of the material is comprised of trade catalogs and product literature covering several years. The material covers the company history, designers, publications, presentations used,...

This collection is made up of eight series and a 2006 Addendum. The bulk of the material is comprised of trade catalogs and product literature covering several years. The material covers the company history, designers, publications, presentations used, advertising and price books, as well as other various pieces of literature.

The Product Literature series, 1946-2004, includes price books and trade catalogs. The price books run from 1946 to August of 2004. Price books list the prices of the manufactured products from Herman Miller throughout those years. Microfiche of price books, which run from 1946 to 1991, are also located here. Trade catalogs center on the many different types of furniture and office systems that Herman Miller provide, such as: Passage, Action Office, Resolve, and Ethospace. It also looks at seating, tables, textiles, and other forms of Herman Miller furniture such as: Storage Systems, Integrated Systems, and Choices, which are many different pieces of Herman Miller furniture placed into one catalog or book.

The Publications series, 1936-2005, contains magazine articles that run from 1936 to 2005. It also contains newspaper clippings from 1934-1954 and Herman Miller publications such as: reports, research summaries, and shareholder information, as well as information and research on Ergonomics.

The Designers series, 1955-2004, deals with information on past and present designers of Herman Miller and has them listed alphabetically along with two binders that have collective information on a variety of designers and the products they created for Herman Miller. It also contains Oral History tapes as well as typed transcripts of those tapes from several of the designers.

The Advertising series, 1936-2004, is made up of cards, booklets, pamphlets, and binders. This material was used to promote and sell Herman Miller merchandise. The material is arranged by date within separate subject and alphabetized.

The Miscellaneous series, 1961-2004, is arranged by subject. Material is organized by date within each subject and then alphabetized.

The 2006 Addendum, 1978-2006, is comprised of a variety of product literature, publications, reports, sales guides, price books etc. arranged by date.

Credit: From the Collections of The Henry Ford. Gift of Herman Miller, Inc. 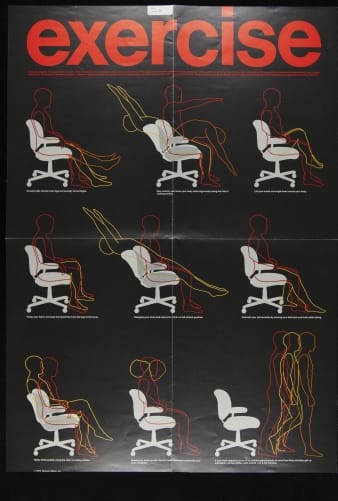 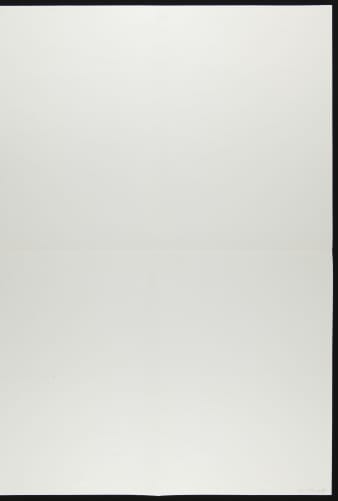