The Ford’s Theatre rocking chair in which Abraham Lincoln was sitting when he was shot has a permanent home in our With Liberty and Justice for All exhibit. Take a journey through the chair’s history and learn how it came to represent freedom and personal sacrifice. 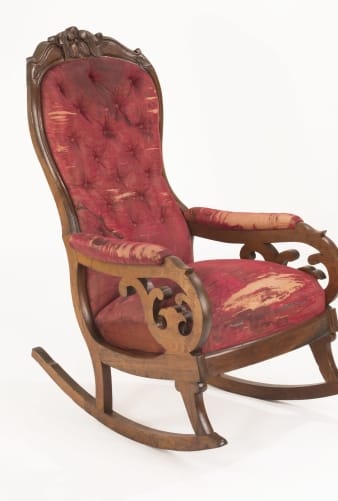 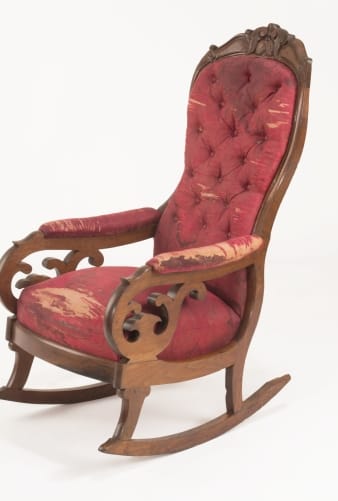 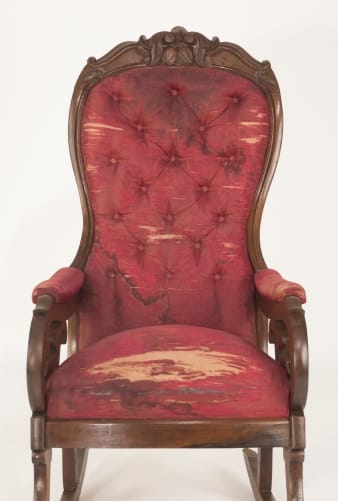 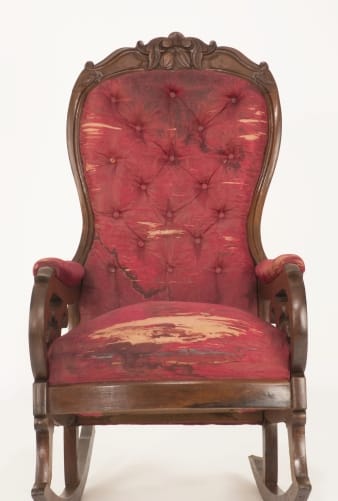 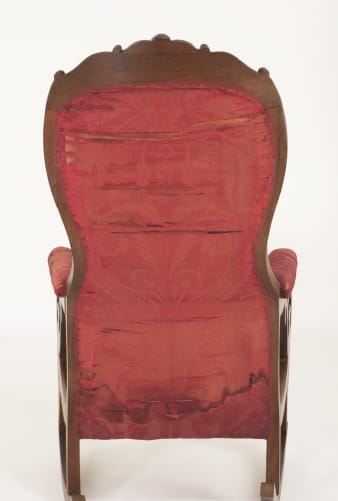 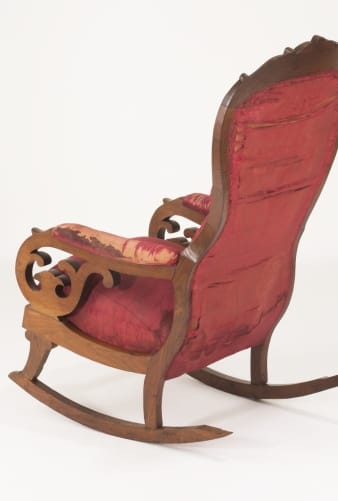 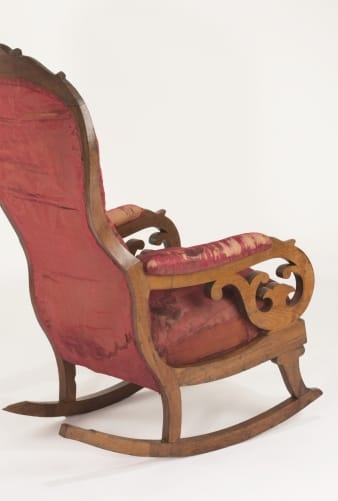 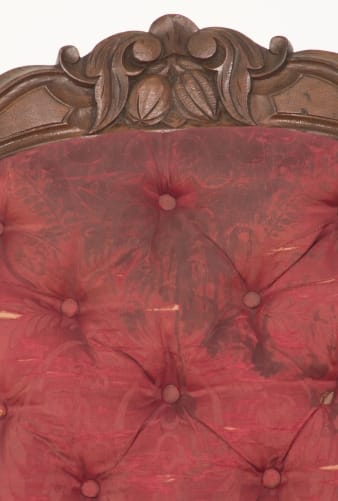 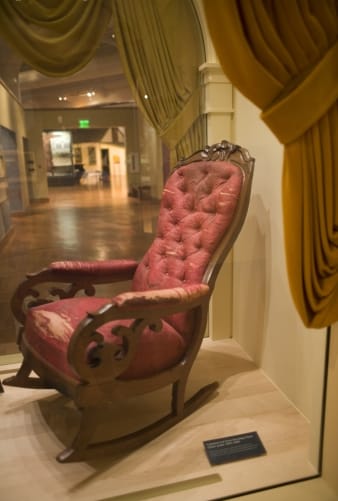 President Abraham Lincoln was sitting in this rocking chair during a production of Our American Cousin at Ford's Theatre in Washington, D.C., when he was assassinated on April 14, 1865. Henry Ford purchased the chair in 1929 for the Museum, where it remains one of the most revered objects associated with the "man who saved the Union."

at Henry Ford Museum in With Liberty & Justice for All

From the ranks of United States presidents, a few transcend the title of American leader to become true American icons. Abraham Lincoln (1809–65) is one of those individuals. We often talk about his presidency with reverence—both because his groundbreaking work paved the way for a more perfect union, and because his time as a leader ended so unexpectedly. The rocker in which he was sitting on that fateful day symbolizes Lincoln’s personal sacrifice and serves as a tangible reminder of a man who, without a doubt, changed the course of American history.

At the time of his assassination in April 1865, Abraham Lincoln was considered a competent president by a majority of northerners. Yet this was not always the case. Lincoln was elected president when the nation was at a breaking point over issues of states’ rights and slavery. As a direct result of his election, eleven states left the Union before his inauguration in 1861, touching off the Civil War.

During much of his first term of office, Lincoln was viewed by many as lacking the skills necessary for the role of President of the United States. He was lampooned as unsophisticated and criticized for tolerating ineffective generals. Lincoln, however, was a skilled politician—wise, tenacious, and perceptive—and learned from his mistakes.

Abraham Lincoln was committed to preserving the Union. He believed that the United States was more than an ordinary nation—it was the testing ground for a unique form of democracy. Many, including Lincoln himself, described one of his greatest achievements as the Emancipation Proclamation of 1863, which shifted the goal of the war from a fight to preserve the Union to one of freeing the enslaved. With Lee’s surrender at Appomattox, Lincoln’s vision of an indivisible Union—and a more perfect one—was fulfilled.

The event that transformed Lincoln into an American icon, equal to Washington and Jefferson, was his assassination on April 14, 1865. The nation was stunned—after winning a four-year struggle to preserve the Union, their leader was gone. As a natural reaction, Americans poured out their grief. For days, people filed past Lincoln’s body as it lay in state in the White House and in the Capitol Rotunda. Then, it was borne by a funeral train to Springfield, Illinois, making stops in major cities along the way to allow grief-stricken Americans to pay their respects. Upon reaching Springfield, the president was laid to rest on May 4, 1865.

As the president who saw the nation through four grueling years of the Civil War, Lincoln would have been regarded as an important president and his place in history assured. However, his tragic death completed his transformation into an American icon. He became “Old Abe” who “held the Union together and freed the slaves.”

It took longer for the chair in which he was assassinated to emerge as a symbol of Lincoln’s greatness and personal sacrifice. The comfortable parlor rocker had been placed in the theater box by the manager of Ford’s Theatre for Lincoln’s use that evening. After his assassination, enterprising photographers sold pictures of the chair to a public eager for images in an age before photojournalism. The chair was used as evidence in the trial of the conspirators. Then it languished in storage at the Smithsonian Institution for decades.

In 1929, the chair was reclaimed by the widow of Ford’s Theatre co-owner  Harry Ford, and was soon auctioned for $2,400. The buyer was an agent who purchased it for Henry Ford. At the time, Ford was collecting objects for his museum and historical village. According to Donna Braden, curator of public life at The Henry Ford, “Ford really revered Lincoln, all of the values of Lincoln, the humble, self-made man, the ordinary man who seized opportunity and raised himself up, all the things Henry Ford could relate to himself.”

Indeed, Ford admired this “pull yourself up by your bootstraps” mentality so much that when he opened Greenfield Village in 1929, he purchased the Logan County Courthouse, and restored it to depict where young Lincoln had practiced law, and restored it. Braden says Ford hoped to turn the site into a Lincoln museum. In January 1930, the chair arrived at Greenfield Village in a crate addressed: “Mr. Henry Ford, Dearborn, Michigan.” Ford was so ecstatic with his new acquisition that he had the chair’s unpacking filmed. Grainy footage depicts two men removing paper and padding to reveal the artifact, which was housed in the courthouse until 1980, when it was moved into the museum.

For decades, visitors have sought out the Lincoln rocker at The Henry Ford. They are drawn to it not simply because of its role at the center of a tragedy, but as a symbol of a beloved president. The chair provides a unique sense of awe and reverence—it’s a lasting personification of the sacrifice Abraham Lincoln made in fashioning a more perfect Union.

"Once people realize it's real, it is this tangible piece of evidence from the past that reaches out and grabs you to that time and that person," says Braden. "If you just had a book or a picture or a label, it wouldn't have the power of the actual thing that he sat in."