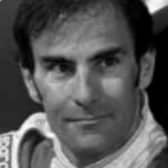 Emanuele Pirro drives innovation—literally. The Formula One driver describes the famous Edison2 ultra-efficient car and discusses the risks and technical challenges that come with building a groundbreaking new vehicle.

I love engineering and especially what is new and different—in other words “out of the box.” Moreover, I believe that the automotive industry is producing vehicles that, hopefully, when we look back a few decades from now, we will think, “How stupid we were. So big, so polluting, so egoistic!”

When we achieved 128 mpg at 70 mph average (EPA motorway cycle) with the Edison2 during the XPRIZE Competition (a contest to develop a car with mileage greater than 100 MPG, room for four, a range exceeding 200 miles and a number of other requirements) in 2010, we proved that the technology is already here at a very affordable cost. You can drive this car across the USA with one tank of fuel.

What’s really missing to make this car an everyday reality is something else. The mentality. When my good friend and former Audi engineer Ron Mathis told me he was designing a “unique and peculiar” car for a special project, I loved the idea immediately and nominated myself as a candidate for driver—animated by the sole spirit of adventure and challenge, and for the pleasure of being part of something potentially special.

It wasn’t without risk. We were the only internal combustion engine against a bunch of either hybrids or fully electric-powered cars in the competition. I wondered, “If you walk in one direction and everyone else in the other, there must be something wrong, right?” You question yourself.

But the engineers were adamant that the technical choices were correct, and I’m definitely one not yet convinced that fully electric is the way to go for the future of transportation. I also always believed that the great improvement in efficiency of both engines and aerodynamics (coefficient of drag) is being almost totally annihilated by the massive increase in weight and size of cars. Nowadays, if you put a modern engine in a modern-shaped car, but with the weight and size of 30 or 40 years ago, you will achieve stunning fuel mileage.

Our path to victory during that long summer of various tests and competitions was so thrilling that, for me, it can be easily called epic. As far as the driving was concerned, it was far more difficult and rewarding than I could ever have imagined. The required skill and extreme precision needed to achieve the result were high. Rarely in my career have I experienced similar stress, higher concentration and a need for determination. But, the joy when we won…it was so great that I can easily say it was second to none. Comparable to a 24 Hours of Le Mans win!

This article was originally published in the January-May 2013 issue of The Henry Ford Magazine.
Download Issue
See More

Plan Your Visit: Great Planning Resources Access the "best of" at The Henry Ford and other great visit planning resources. Plan Your Visit
Buy Tickets