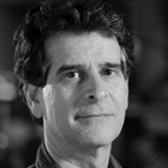 Dean Kamen Dean Kamen is well-known as the inventor of the Segway Human Transporter and the scientist who invented the first wearable insulin pump.

THF: What is FIRST?

Dean Kamen: FIRST is to the math and science teacher what the NBA is to the phys-ed teacher. It’s an exciting “sport” that gets kids passionate about math and science. Even better, everyone that participates in FIRST is a winner who can go pro, while only one in a million kids that play school sports will actually play professionally.

Kamen: I use the sports analogy because it’s a simple model that works and is emulated in our society. We as a culture are obsessed with sports and entertainment. Kids’ heroes and icons today are coming from the NFL and Hollywood. We even justify sports getting a prime piece of our schools’ real estate and funding, claiming that it’s not because kids learn how to “bounce, bounce, throw,” but because through sports they are learning an important thing called teamwork. If it’s sports that get our kids passionate and teach teamwork, why not use the same model for teaching math and science? Why not create a model where kids can participate in science and math after school, feel nurtured by a coach (their teachers), where dads and moms can come watch them compete in matches?

THF: What does FIRST teach students about teamwork?

Kamen: In the classroom, teamwork is often called cheating, but there’s really nothing more important than teamwork when it comes to math and science. Think of how much teamwork is required to put a man on the moon, curing cancer. We have two terms in FIRST. “Coopertition” is that, yes, you have to compete and push limits to raise the bar, but you have to do it in appropriate, fair ways. No one wins by helping others lose. The second term is gracious professionalism. We want everyone to be highly competitive, but we also want everyone to consider the long-term effects of their actions. That treating one another with respect and kindness is most important.

THF: How does FIRST avoid the negatives often associated with competitive sports?

Kamen: We know if we succeed in making math and science exciting sports, we could end up with the negative aspects – winning at any cost, cheating. From day one, from year one, unlike “bounce, bounce, throw,” with FIRST we remind kids, mentors, parents and teachers that everyone is a winner, that every participant can go pro and build a career around what they start with FIRST. It’s a culture, a movement, where learning is taking place in more meaningful ways, where every kid feels rewarded and realizes: “I can do it.”