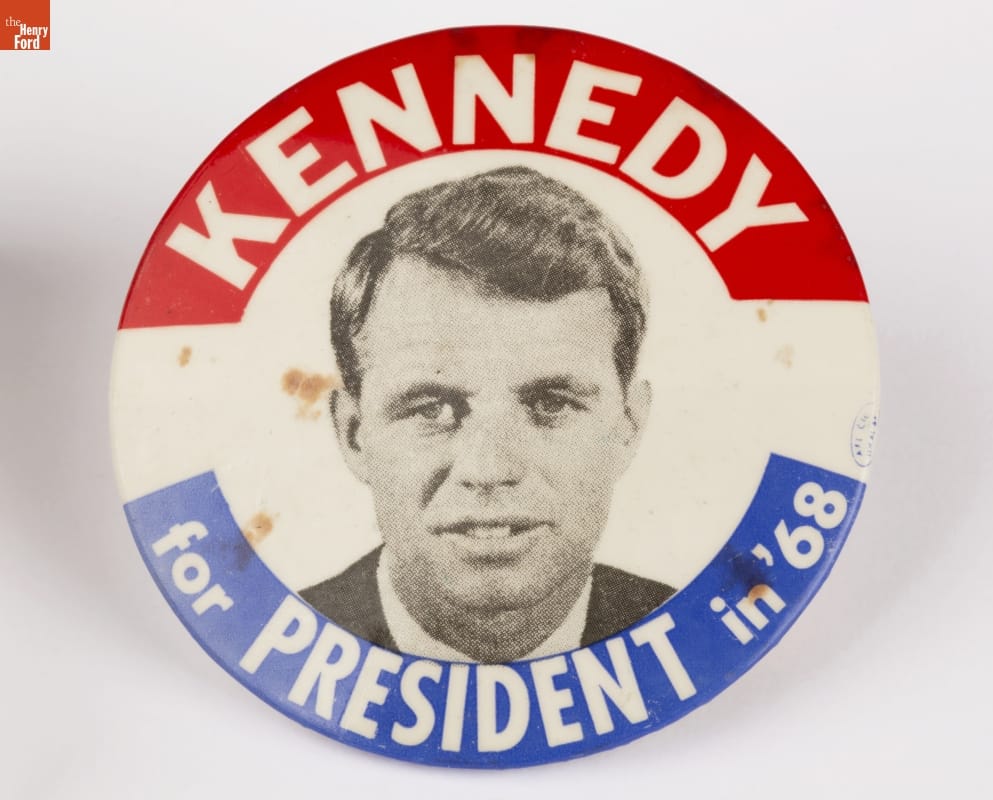 The primaries were well underway when Robert F. (Bobby) Kennedy decided to enter the race for the Democratic presidential nomination on March 16, 1968. Public opinions were polarized about his decision. Some were thankful that Bobby was honoring the memory of his brother John, slain five years earlier and still being mourned. Others appreciated the effort but thought he had dragged his feet too long. Still others felt that he was not Presidential material.

Bobby’s immediate popularity was undeniable—especially with voters who were economically disadvantaged, African-American, Hispanic, Catholic, and young. Before long, he was dominating the Democratic race, winning primary after primary.

Then, on June 5, soon after defeating Eugene McCarthy in the California Democratic primary, Bobby Kennedy was shot and mortally wounded by Sirhan Sirhan at the Ambassador Hotel in Los Angeles. He died the next day. In a testament to his impact on people from all walks of life, thousands of mourners lined the railroad tracks on June 8 to watch his funeral train pass from New York to Washington, D.C. 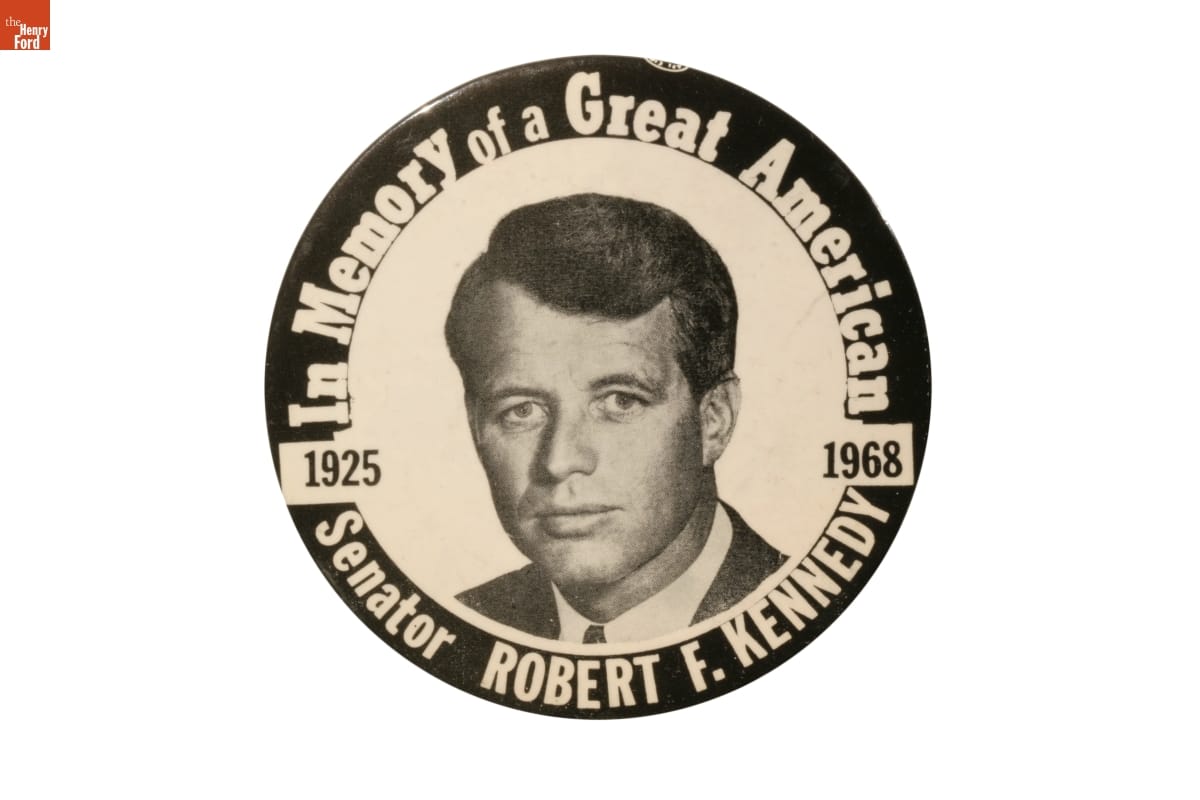 According to American journalist and political commentator Chris Matthews in his 2017 book Bobby Kennedy: A Raging Spirit, the memory of Bobby Kennedy endures not only because it is filled with grand “what ifs” but also because he “stood for the desire to right wrongs that greatly mattered then and which continue to matter every bit as much in the 21st century—in fact, now more than ever.”

Recently, The Henry Ford acquired a collection of published materials from donors Mike and Darlene Cook that commemorated the life and legacy of Robert Kennedy. Michael Cook had been deeply affected by the assassination of President John F. Kennedy in 1963, then shocked by the successive assassinations of Dr. Martin Luther King, Jr. and Bobby Kennedy in 1968. In collecting these materials at the time they were published, he was trying to come to terms with the questions, “What was happening in our country?  How could these assassination attempts happen in our country?”

These questions still perplex us today. 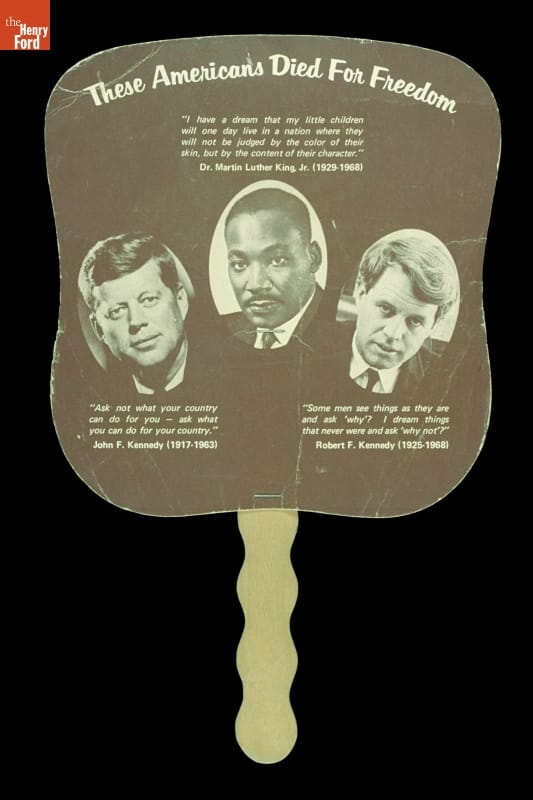 Materials from this donation can be found blow.

in memoriam, by Donna R. Braden