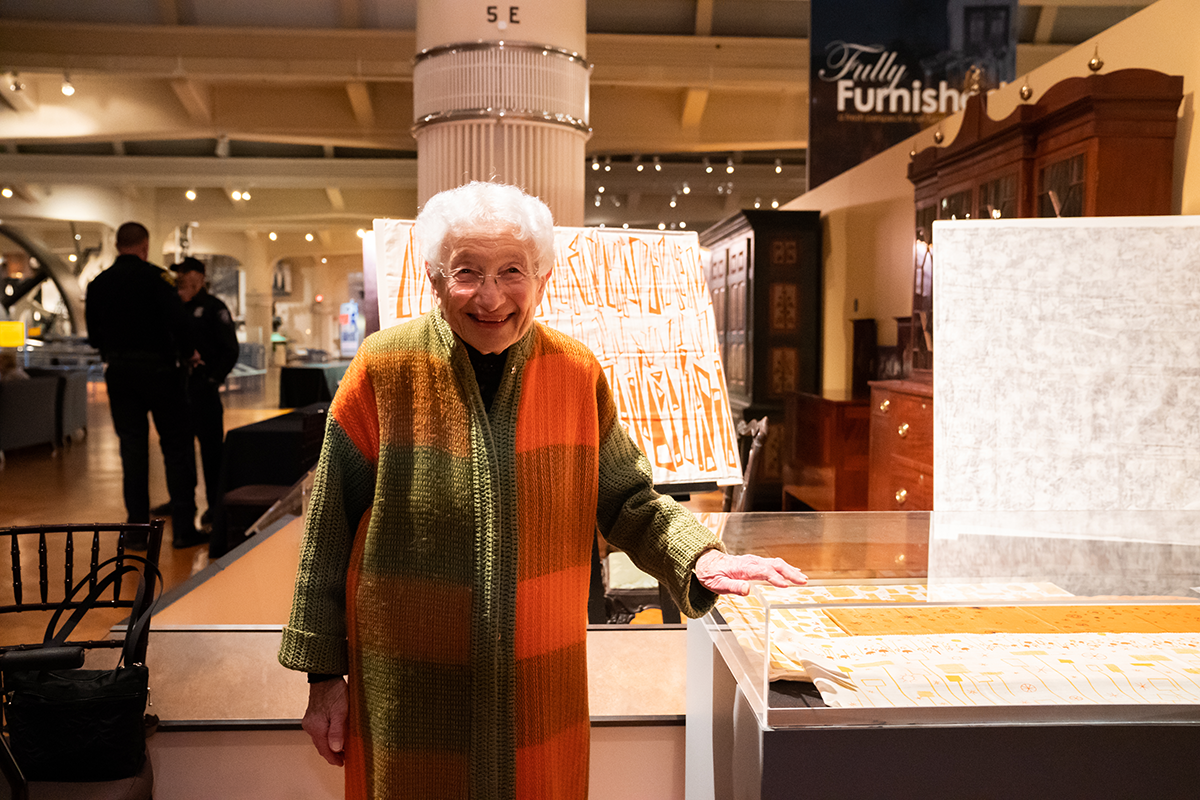 Ruth Adler Schnee was a pioneering designer and a dear friend of The Henry Ford. It is with great sadness that we learned of her passing on January 5, 2023, just a few months shy of her 100th birthday.

Ruth Adler Schnee was born on May 13, 1923, in Frankfurt am Main, Germany, to Marie Salomon and Joseph Adler. Her mother, Marie, had trained in the Hans Hofmann School of Fine Arts in Munich and then at the Bauhaus, the revolutionary modernist design school in Weimar. Ruth's father’s family had long been book and antiques dealers. Joseph Adler worked in the family trade until they moved to Dusseldorf in 1927, when Ruth was just 4 years old. Creativity was encouraged in the Adler household. Ruth began designing her own clothes as a child and she recalls playing in the studio of family friend Paul Klee, the influential German artist.

In 1938, her family’s home was ransacked during Kristallnacht. Joseph Adler, Ruth’s father, was sent to Dachau, and her mother Marie worked tirelessly to facilitate their emigration. Miraculously, her father was released from the concentration camp after her mother secured visas for the family. He showed up on their doorstop, still dressed in the prisoner’s uniform with his teeth knocked out. Ruth Adler Schnee recalled that he was barely recognizable, “just skin and bones.” They left Germany within days.

The family moved to Detroit and Ruth graduated from Cass Technical High School in 1942. She then graduated with a bachelor's degree in fine art from Rhode Island School of Design in 1945, and a master's in fine art from Cranbrook in 1946, where she studied under Eliel Saarinen. She worked in the studio of Raymond Loewy, where her desk was sandwiched between designers Warren Plattner and Minoru Yamasaki. She began designing her own textiles—and winning awards for them—in 1947, when she couldn’t find suitable textiles for a competition project she was designing. 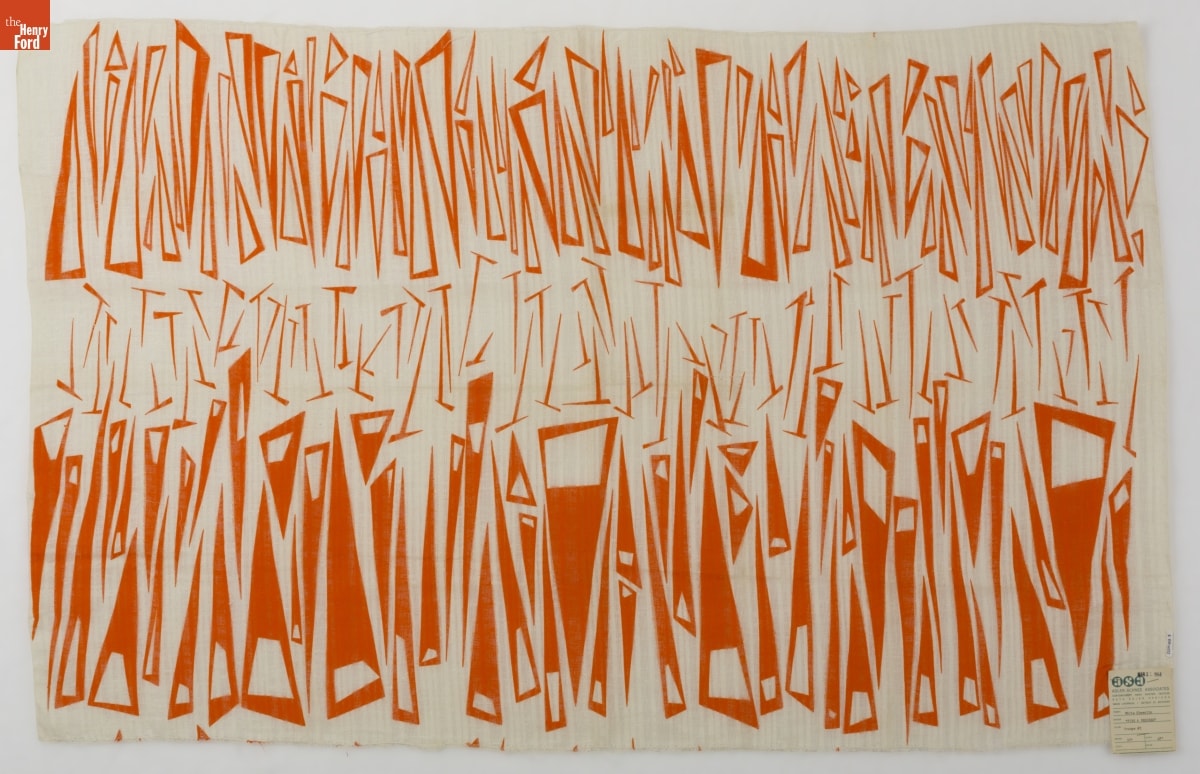 In 1948, Ruth married Edward Schnee, who would become her lifelong partner in all things. Ruth designed bold, whimsical, colorful textiles; Edward helped screen print them, and then he named each one—often with "wonderful, alliterative names," Ruth recalled. Ruth drew inspiration for her textiles from the world around her. She quotes Goethe, "The hardest thing to see is what is in front of your eyes." She continued, "My sewing table gives me inspiration. The environment gives me inspiration, from stones to logs to leaves to snowflakes to flocks of birds."

Ruth and Eddie opened a retail store called Adler-Schnee Associates which brought modern furniture and housewares to downtown Detroit and became a cultural hub and fixture in the community. Meanwhile, Ruth continued designing textiles and had a robust interior color and space planning practice. She completed interiors for countless Detroit institutions, for department stores and individuals alike. She designed interiors as far away as New York City, La Jolla, California, and Delray Beach, Florida.

Ruth And Eddie also had three children: Anita, Jeremiah, and Daniel. The Detroit News titled a 1958 article about Ruth Adler Schnee, "Four Careers? A Breeze!" referencing her numerous ventures as a textile designer, interior color and space planning consulting, business owner, and mother. Today, this feat would be incredible—in the 1950s, it was exceptional. 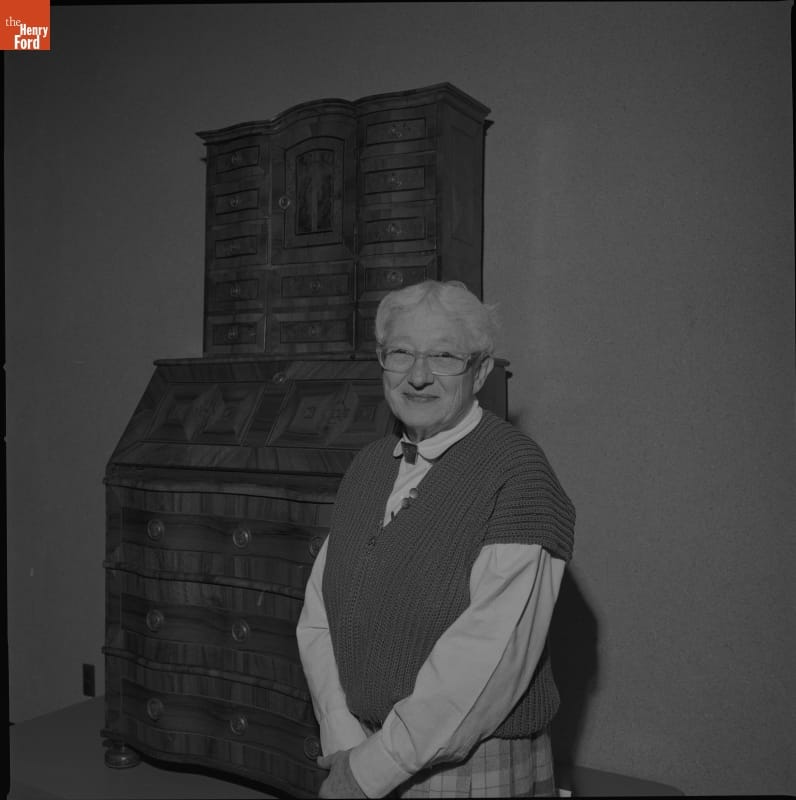 The Henry Ford’s relationship with Ruth Adler Schnee began in the late 1990s when she donated an heirloom secretary desk to the museum. The desk had come to symbolize her family’s survival from Nazi persecution during the Holocaust and their subsequent journey to America. In 2005, five textiles designed by Ruth were acquired. In 2018, thirty-three more of her textiles were brought into the museum’s collection, alongside objects from her mother Marie Salomen Adler’s trousseau, including nightgowns, shelf liners, and lace doilies—objects brought from Germany as the family fled, objects that would make their new home feel familiar. Most recently, in late 2022, we acquired branded packaging and objects sold at Adler-Schnee Associates in Detroit.

The Henry Ford’s interest in Ruth Adler Schnee has been expansive due to her boundless creativity, design prowess, entrepreneurial ingenuity, as well as her incredible persistence in the face of challenges.

We are grateful for the rich and enduring legacy that Ruth leaves behind and we are honored to be one of the institutions privileged to preserve and amplify this legacy for years to come.

Katherine White is associate curator at The Henry Ford.