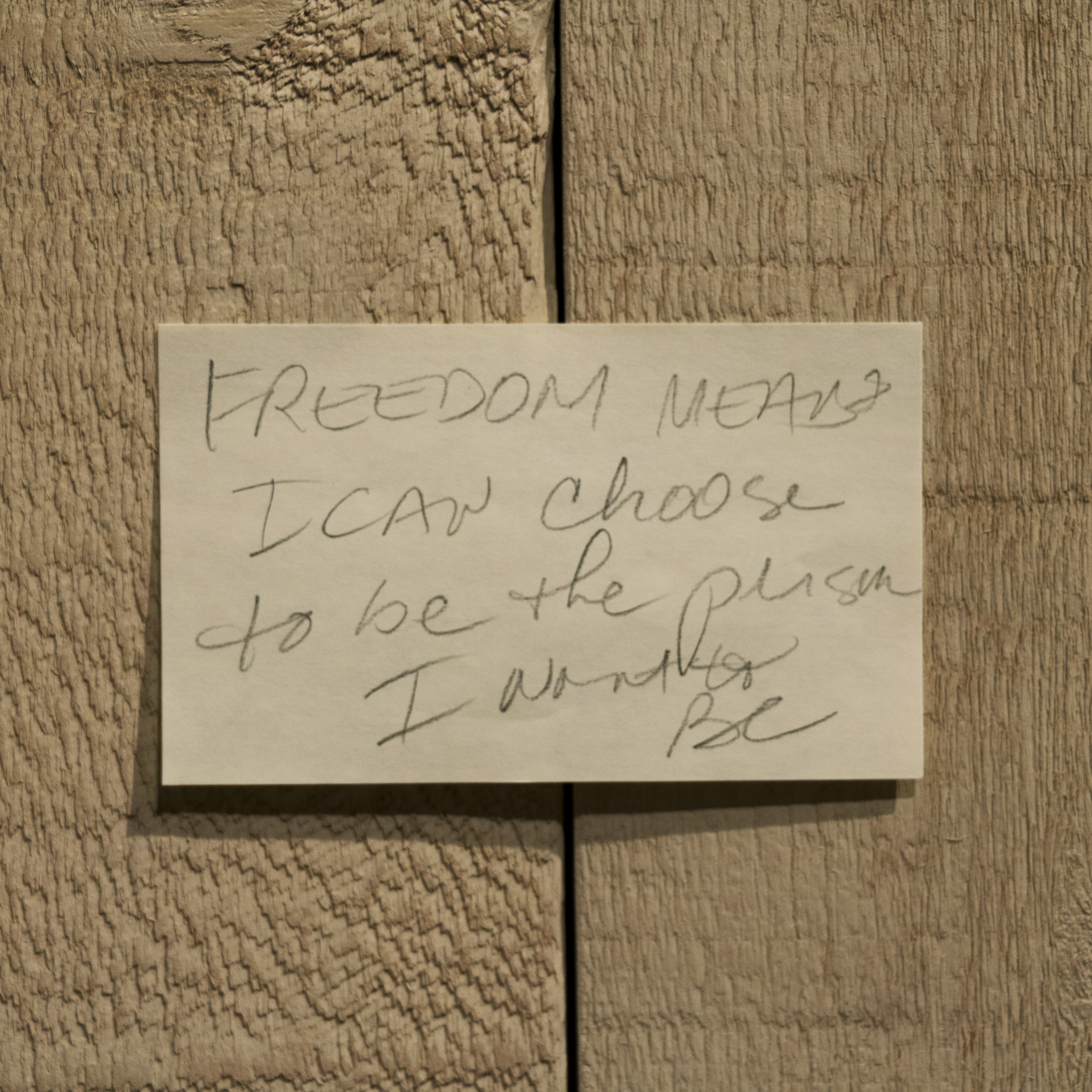 When we planned the “With Liberty & Justice For All” exhibit in Henry Ford Museum of American Innovation, we wanted to set aside an area for visitor reflection and response.  We decided to pose four questions there and allow visitors to respond to them by writing upon a simple Post-It note and placing their comment under one of the questions. The questions were intended to be timeless—like what does freedom mean to you? But the visitor responses over time have been fascinating in their reflection of changing social and political issues.

We have never seen as many Post-Its as at this year’s free-to-visitors day held on Jan. 15, the day that officially commemorated Dr. Martin Luther King, Jr.’s birthday.  That day, post-it notes ran up, down, and sideways across the walls of this exhibit area.  Each comment built upon previous ones, creating a long, continuous idea chain. We had never seen anything like that before so we decided to save these comments in our archives.

In celebration of our latest exhibition, we'll be sharing a selection of those responses  from our Martin Luther King, Jr. Day each week on our Instagram account in honor of “Enduring Ideals” now through January. They appear in their original form, just as visitors wrote them as they reacted to the questions. As we look at the original Four Freedoms in 2018, we ask you to not only think about what freedom means to you, but which freedom you believe should be the fifth freedom today.

We hope they encourage your own reflection on the continued relevance of freedom and the role it plays in your own lives.