Charles and Ray Eames are design legends that took the “learning-by-doing” mentality to new heights and celebrated collaboration throughout their careers. Any time one or more things are consciously put together in a way that they can accomplish something better than they could have accomplished individually, this is an act of design. Charles Eames

In 1940, the Museum of Modern Art announced Organic Design in Home Furnishings, a design competition and exhibit aimed to spur development of modern furniture that adequately addressed the era’s changing way of life.

Over the previous year, at the Cranbrook Academy of Art in Michigan, Charles Eames and Eero Saarinen had worked together to create seating for the Eero and Eliel Saarinen-designed Kleinhans Music Hall in Buffalo, New York. The chair they designed featured a single piece of molded plywood for the seat and back of the chair. This chair became the tangible genesis of their collaboration for MoMA’s competition.

True to the synergistic school environment at Cranbrook, Charles and Eero worked with others; Ray Kaiser (later Ray Eames), Don Albinson, and Harry Bertoia created preparatory models and drawings. Among their submissions were several plywood chairs with compound curves imagined for mass production. They won two of the six categories entered. 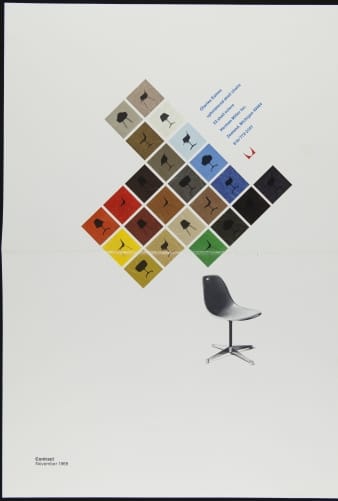 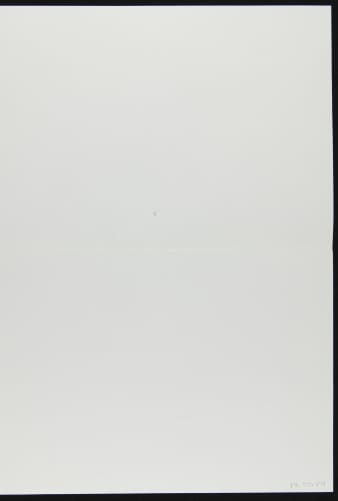 From this point onward, collaboration became a fixture of the Eames’s design process. Far from the “solitary design genius” archetype, Charles Eames worked in equal partnership with his wife, Ray Eames, and with concentric circles of collaborators: Eames Office staff, peers, colleagues, subject matter experts, and clients. Each project saw some level of this collaborative spirit. Some complex projects involved layers of collaborative partners. Other projects, the acclaimed husband and wife duo took on as a pair. Examination of Charles and Ray Eames’s work reveals the power of collaboration and its critical role in the creation of good design.

After the success of the MoMA competition, Charles and Ray married, moved to California, and continued to cultivate their design partnership. Despite assumptions that Charles was the lead designer and Ray worked subserviently, the pair were truly equal partners and co-designers. Charles persistently tried to set the record straight, such as when he explained, "whatever I can do, she can do better... She is equally responsible with me for everything that goes on here."

In their apartment in Los Angeles, Charles and Ray continued to experiment with molded plywood furniture and sculpture. They developed the Kazam! machine, which used pressure to create and mold plywood. A visiting friend active in the Army Medical Corps, Dr. Wendell Scott, saw the potential of molded plywood for the war effort. America’s entry into World War II had created material shortages, including metal. Despite being made of a then-precious material, metal splints were used for broken limbs in the battlefield even though they were inflexible, heavy, and made wounds worse in transport. Charles and Ray Eames, perpetual problem-solvers, designed a flexible, lightweight and durable leg splint using the same molded plywood technology they were developing for plywood furniture. They presented their prototype splint to the U.S. Navy and worked with them to further modify and perfect the product. By 1942, the Navy had placed its first order for 5,000 leg splints. The splint was borne of a peer-to-peer collaboration, developed by a husband and wife partnership, and perfected through a designer and client cooperative. The Eames Leg Splint became a successful medical innovation and a design artifact, as well as a critical step in the Eames’s understanding of molded plywood.

Charles and Ray established the Eames Office in 1943 and soon after, most work was credited to the Eames Office as whole instead of individuals, due to the extremely collaborative nature of the office. In 1948, another competition pushed the Eameses – now working as the Eames Office -- to further their pursuit to design modern, mass-produced furniture with an honest use of inexpensive materials. After World War II, a flood of veterans returning home were buying houses and furnishing them. But low-cost, quality furniture was in short supply. MoMA partnered with a group of retailers and manufacturers to host the International Competition for Low-Cost Furniture Design to explore the problem. The Eames Office staff -- especially Don Albinson, Charles Kratka, Marion Overby, Jay Connor, Frances Bishop and Fred Usher -- worked with a group of engineers from UCLA to ensure the manufacturing viability of their designs for the competition.

Stamped metal – aluminum and steel – was identified as the material of choice by the Eames Office through a process of collaborative problem-solving. The chair was an outgrowth of the single-shell molded plywood chair experiments, but instead focused on the creation of a similarly-shaped chair made of stamped metal. Charles remarked: “Metal stamping is the technique synonymous with mass production in this country, yet ‘acceptable’ furniture in this material is noticeably absent.” While the Eames Office did win second place in the competition, the material was still not quite right. Manufacturing costs for the metal chairs were too high, the bare metal was too susceptible to temperature change and was too heavy, and the single-shell concept was yet unachieved as pieces of the seat had to be welded together. The search for the appropriate material continued, but despite the failure to make metal into a viable option for mass-production, the practice of bringing in knowledgeable outsiders continued to be relevant in the Eames Office's work.

The Culmination of Collaboration

Sometimes a solution can come from an unlikely source. The Eames Office was known for utilizing “off the shelf” components as much as possible, like in Charles and Ray's personal home, Case Study House No. 8. Skilled fiberglass fabricator and boat builder, John Wills, had created a method of curing fiberglass at room temperature, rendering it a much more accessible and affordable material. In 1948 or 1949, after the failure of the metal stamped chair, Charles Eames was curious about the fiberglass material and visited John Wills at his workshop in Arcadia, California. He brought with him a paper mockup of the armchair – the same general form used for the metal stamped chair – and requested a fiberglass shell be made. The two prototype chairs informed the now-ubiquitous Eames fiberglass shell chair. The Eameses had found the solution to their almost decade-long venture to design a low-cost, mass-produced, modern chair. The Eames Fiberglass Chair became one of the most iconic chairs of the 20th century.

Eames Molded Fiberglass Armchair on Swivel Base, circa 1954-1965 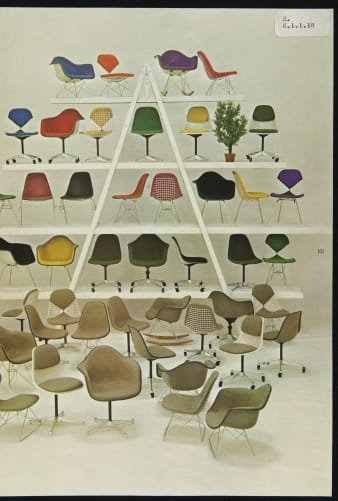 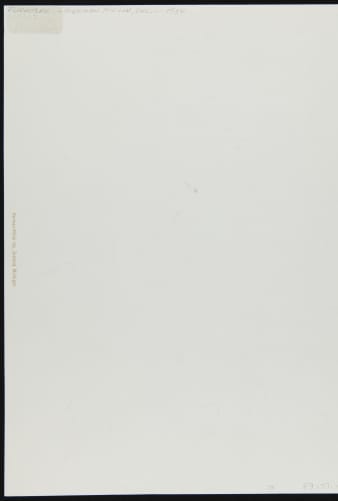 After the successful creation of the fiberglass chair, the Eames Office worked with the manufacturer, the Herman Miller Corporation, to continuously modify the chair to reflect the changing needs of the market. While the fundamental form stayed the same, slight variations were made; swivel bases were introduced, lower chairbacks were devised by special request, color variations were added, the list goes on. Alexander Girard joined Herman Miller as the Director of Design in the Textile Division in 1952, and the Eameses worked closely with him as his textiles upholstered much of their furniture. Just because a design was successful did not mean it was finished. Opportunities for modification or betterment revealed by collaboration with the manufacturer, colleagues, or the marketplace were heeded, contributing to the longstanding relevance of the Eames Fiberglass Chair and other Eames designs. 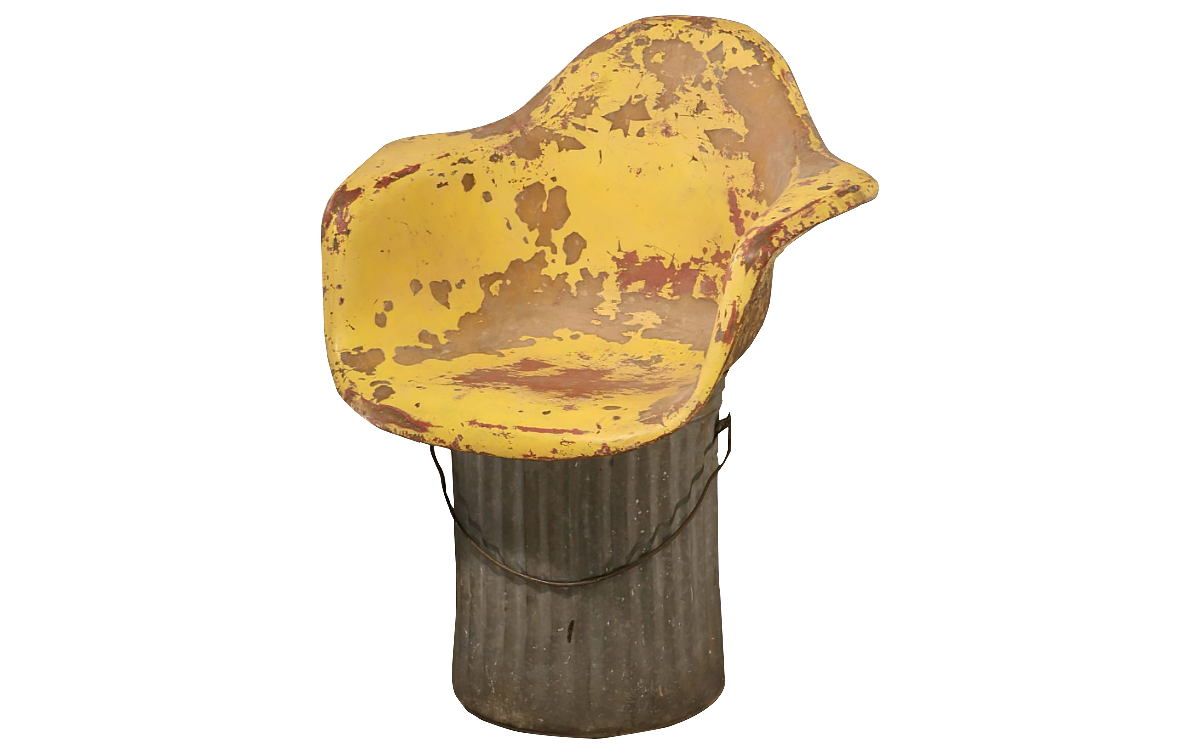 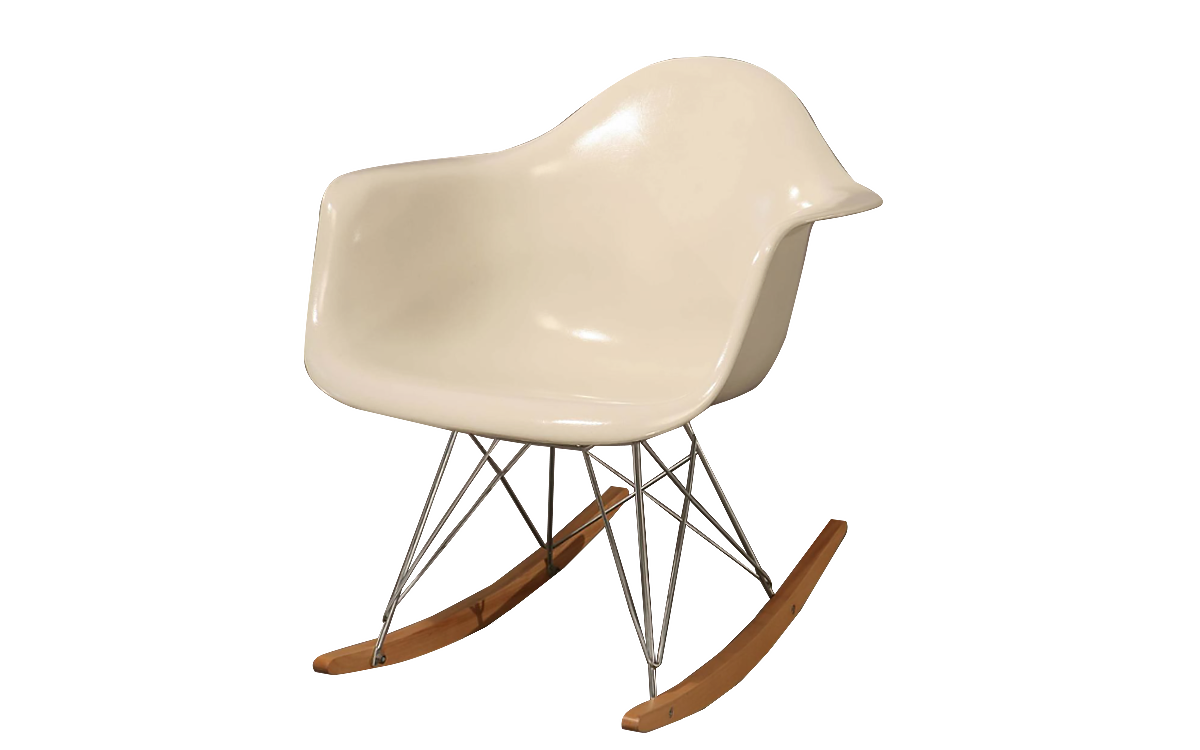 The Eames Office is most well-known for their furniture, but their work extends far beyond – into film, graphic design, textiles, toys, architecture, and exhibits, like The Henry Ford’s recently-acquired “Mathematica: A World of Numbers…and Beyond.”  Often, architects stick to designing buildings and furniture designers create furniture, but the Eameses had a polymathic approach to design. Charles explains, “If you start out in architecture, then go on to furniture and then to toys and films, essentially it’s the same problem.” The entire Eames Office, which included over 400 talented designers over its lifetime, functioned this way. Someone could arrive strictly as a furniture designer and be sent immediately to do photography or exhibition design. The avoidance of overspecialization in one discipline within the office created an environment which emphasized collaborative creativity and problem solving by all involved, not just Charles and Ray. This original approach to the design process – of which collaboration was critical -- allowed the Eames Office to move fluidly between media. The process stayed the same, regardless of the end product; be it a chair, toy, or short film. 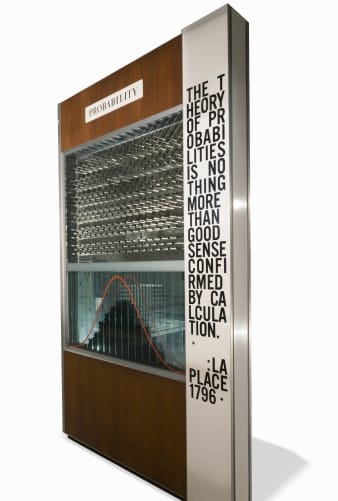 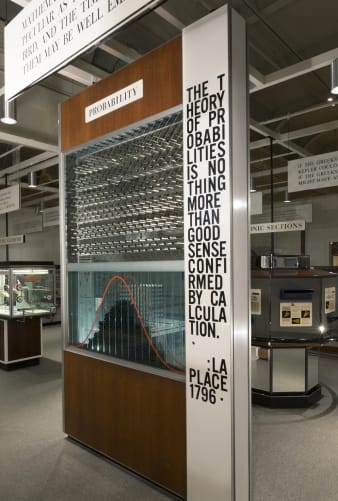 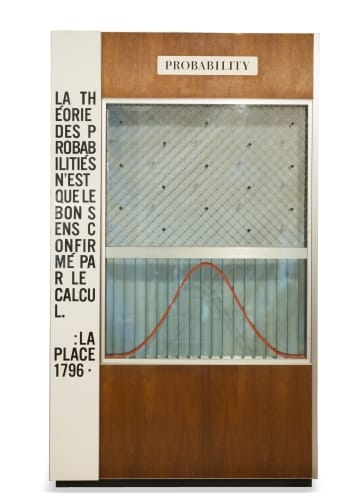 Office of Charles and Ray Eames

at Henry Ford Museum in Mathematica: A World of Numbers and Beyond

The development of the fiberglass shell chair and its fulfillment of the Eames’s early mission is oft-discussed as a venerable story of talent, of extraordinary learning-by-doing mentality, and the classic Eamesian philosophy to “never delegate understanding.” The story of their success with the fiberglass shell chair is, of course, all of those things. It is also an incredible story of the power of collaboration. At each step – through their work in molded plywood, stamped metal, and fiberglass -- Charles and Ray Eames collaborated, compromised, modified, and consulted. They had the wisdom to look beyond themselves, understanding that the experiences and expertise of others could only buoy their work and design process. The Eames's collaborative spirit helped to elevate their work to that elusive ideal -- truly good design for the everyman – and continues to do so today.

In architecture or furniture or jackstraws, it is the connection that can do you in. Where two materials come together, brother, watch out!

What If an Artist Becomes a Scientist? 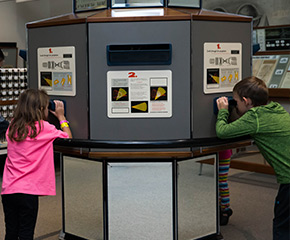 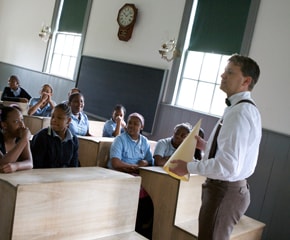 Questions for Discussion Explore ideas of creativity and innovation raised by this story. View Questions

The Henry Ford aims to provide unique educational experiences based on authentic artifacts, stories and lives from America’s tradition of ingenuity, resourcefulness, and innovation. Connect to more great educational resources: