1950 Nash Rambler Convertible: Small in an Era of Big

In the 1950s, big cars ruled. Even low-priced cars like Plymouths, Chevrolets, and Fords were good-sized. The Nash Rambler was smaller and cheaper, with similar interior room. 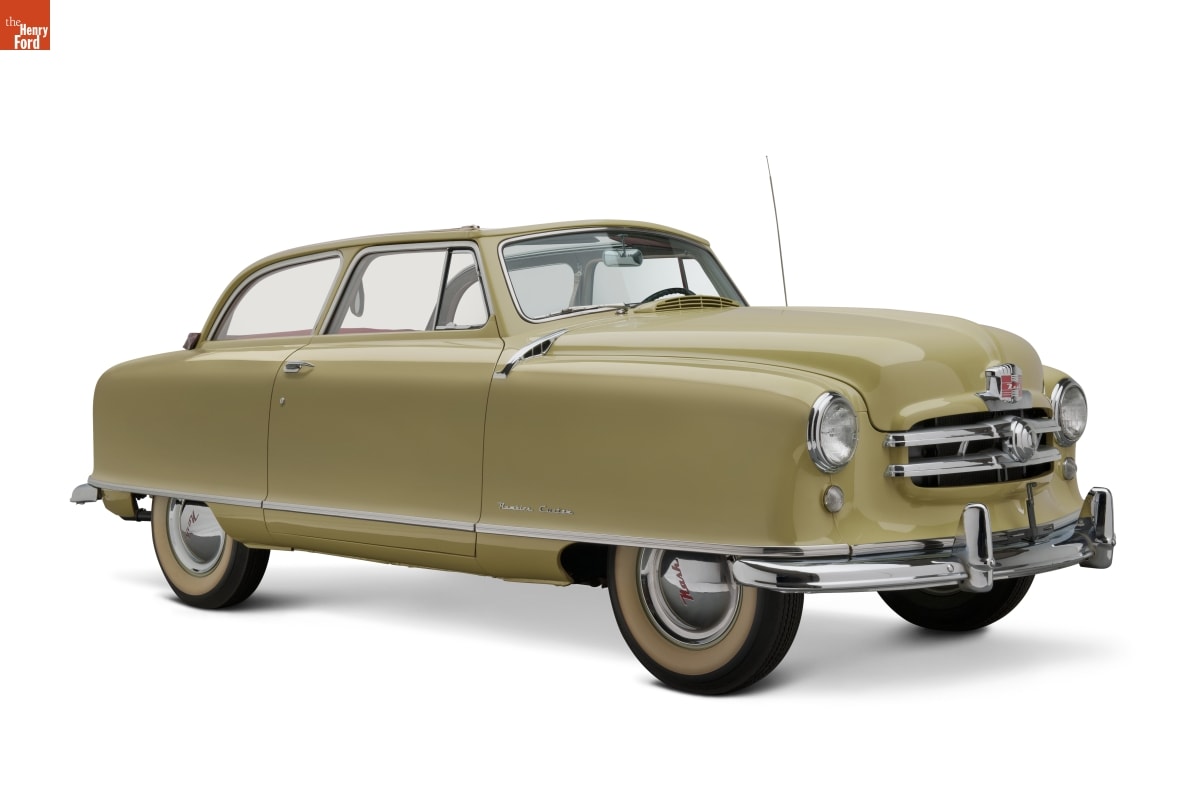 Smallness was not attractive in itself, so Nash -- which competed for the same narrow slice of the market with small cars like the Crosley, the Willys, the Hudson Jet, and Kaiser’s Henry J -- pitched the Rambler as a small car that seemed big. 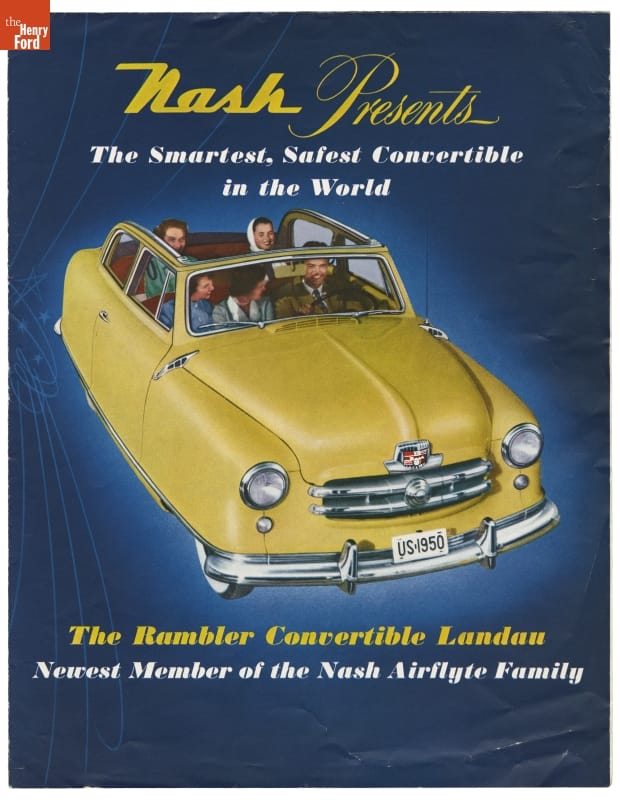 Nash tried to make the Rambler appeal to everyone by giving it a little bit of everything—even seemingly contradictory things: economy and luxury, convertible and hardtop, small enough to park and big enough to seat five, as safe as a sedan and as sexy as a sports car. 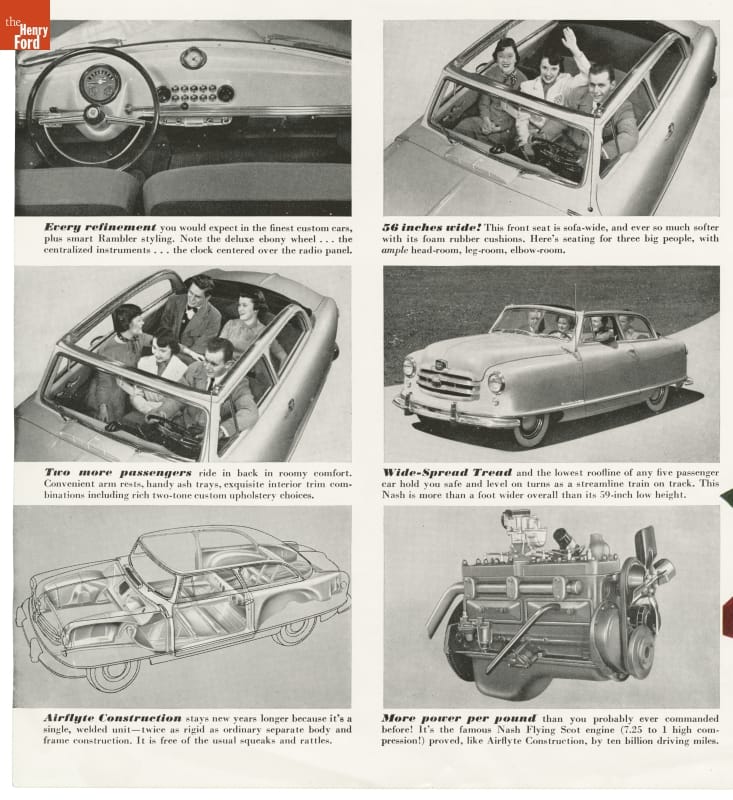 But if big was so appealing, why build small cars at all? The sales figures added up to one answer—don’t. There simply weren’t enough buyers, and all the tiny cars failed.

From the staff at The Henry Ford.