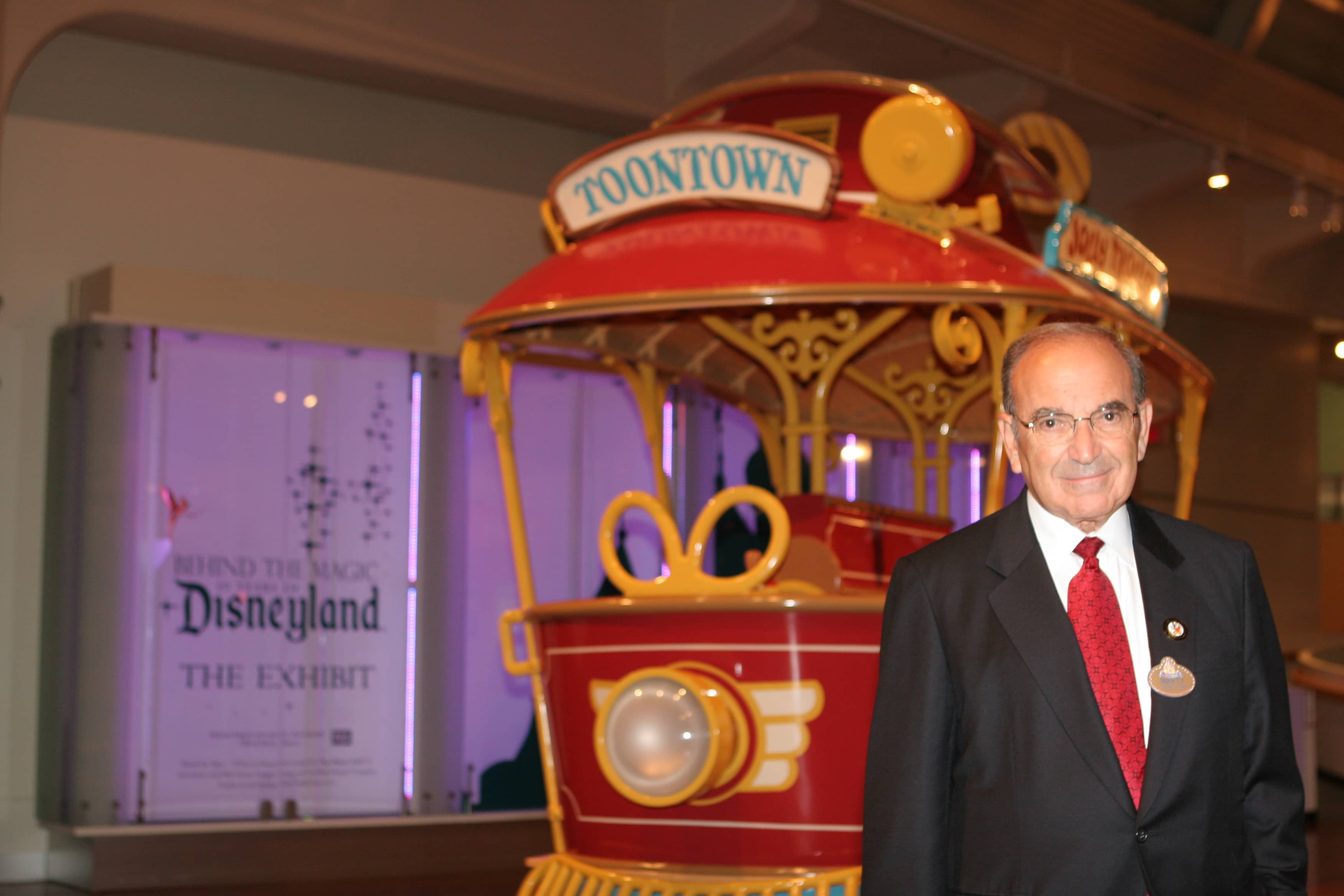 I was saddened to hear about the passing of Marty Sklar on July 27, at age 83.

Who is Marty Sklar, you may ask?

He was one of the last people with a direct link to Walt Disney and the creation of Disneyland in the 1950s. Marty started working for Walt Disney as a young intern while still at UCLA, writing marketing copy for Walt’s newly planned theme park in Anaheim, California. Most of us can only imagine Walt Disney walking down Disneyland’s Main Street U.S.A. during the last frenzied months of construction. But Marty was actually there, learning from the master, helping Walt achieve his dream through his own talent for writing.  No wonder Marty later gained the nickname of the Sorcerer’s Apprentice!

I met Marty in the early 2000’s, when he was Vice-Chairman and Principal Creative Executive of Walt Disney Imagineering. At The Henry Ford, we were working on a traveling exhibition, “Behind the Magic: 50 Years of Disneyland.” I had heard that Marty was the one who had generously “opened the vault” for us, given us unprecedented access to the amazing Imagineering art collection that had provided the basis for all the lands and attractions in Disneyland. All he asked for in return was to review our progress from time to time.

People who worked for Marty seemed to revere him. And were maybe a little intimidated by him as well. I found him to be down to earth, inquisitive at all the right times, and incredibly insightful. It helped that every review would inevitably wrap up with one of Marty’s humorous anecdotes about his experience working with Walt Disney. Then his serious demeanor would relax a bit and his eyes would twinkle.  Whew, the scrutiny was over.

But I realized that it wasn’t scrutiny, really.  What Marty was doing was assessing our ideas against a larger vision. Did they fit Disneyland? Did they fit Walt Disney Imagineering? Did they align with Walt Disney’s original vision? Marty was the keeper of the vision. His job at all times was to make sure that every new idea honed to the vision. 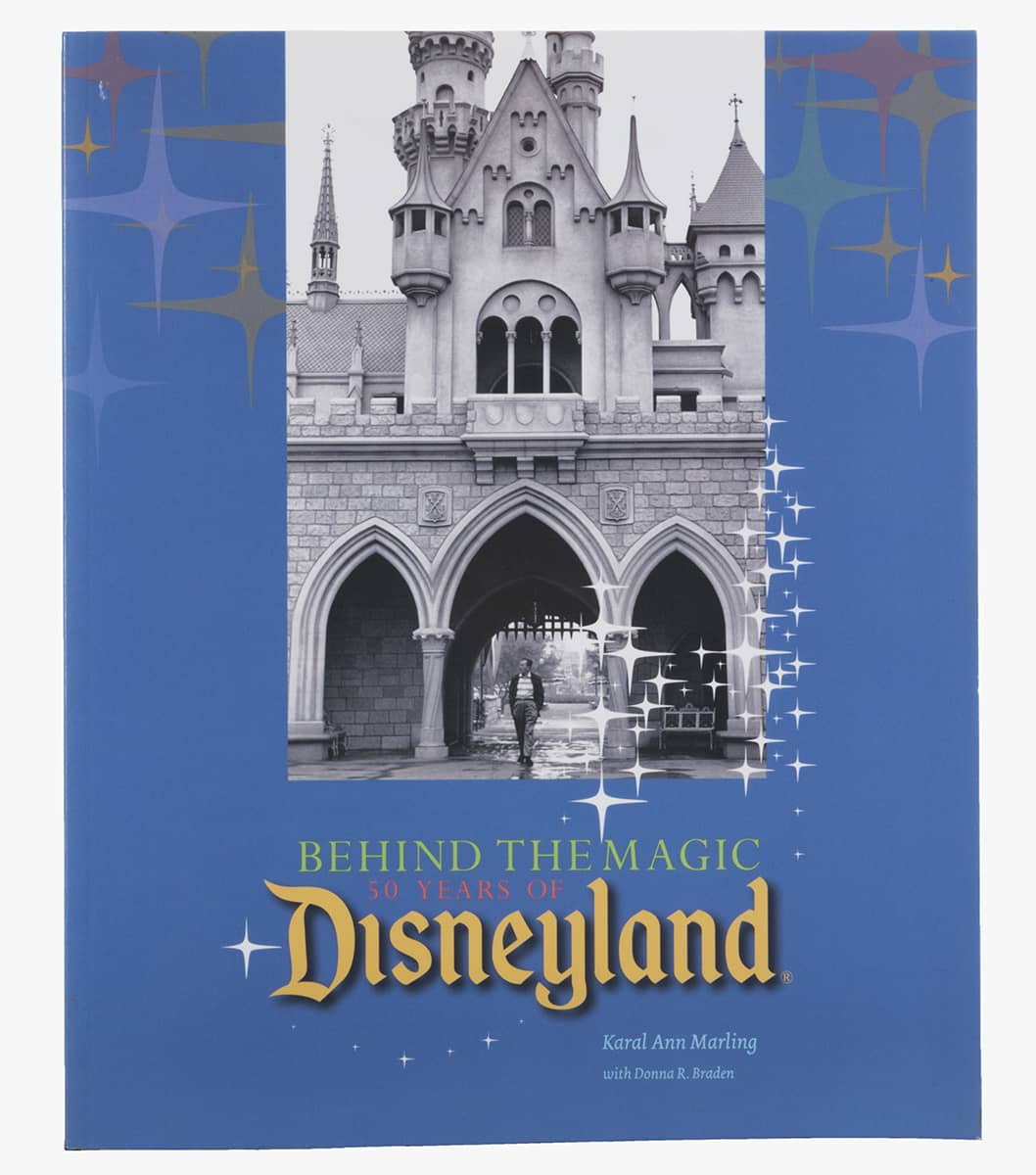 As the curator of our Disneyland exhibit, I was asked to co-write a publication with noted historian and scholar Karal Ann Marling, and to speak at a symposium that was held in conjunction with the exhibit. I picked as my topic a question that had long intrigued me and was, coincidentally, one in which Greenfield Village had once played a role: What had inspired Walt Disney to create Disneyland? Marty was also a speaker at the symposium that day, along with several others. 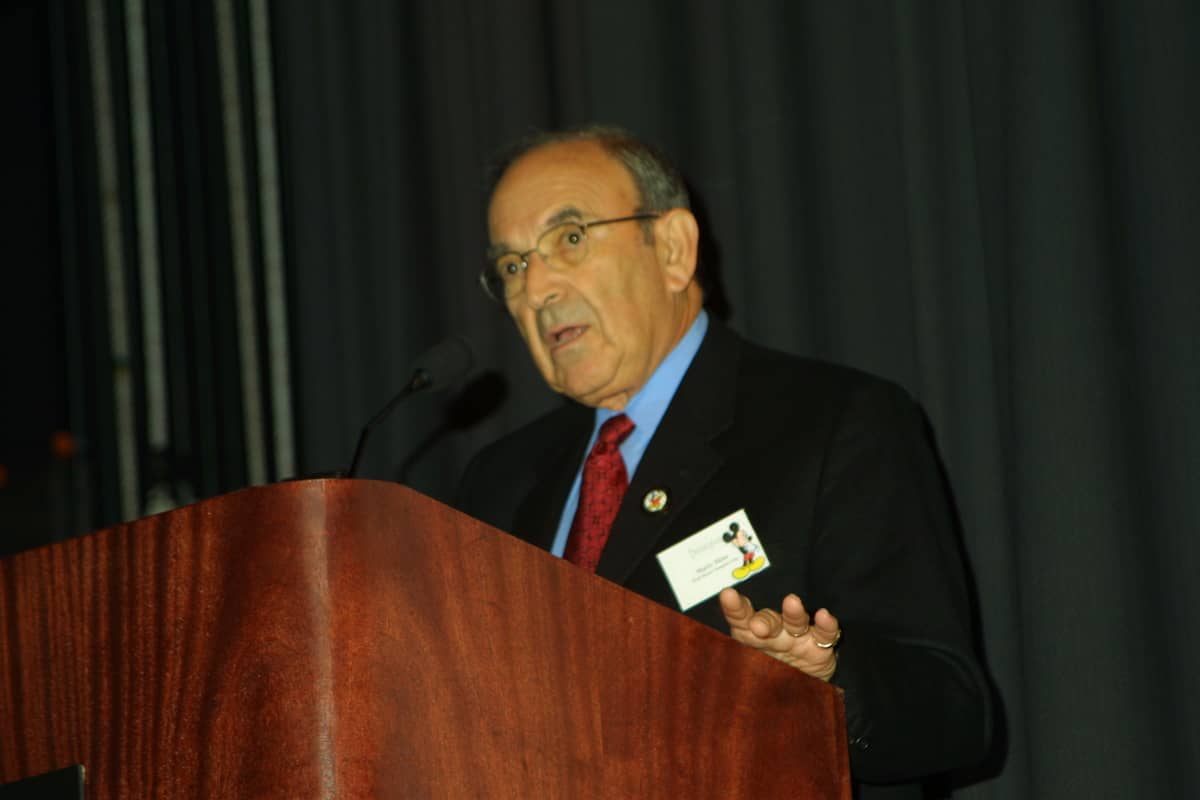 Of course, everyone was rapt with attention when Marty took the stage. In fact, that’s probably why all the people had showed up to begin with! After our presentations, Karal Ann and I kept busy signing our book for symposium attendees. It was reasonably crowded. But Marty’s line was miles long! 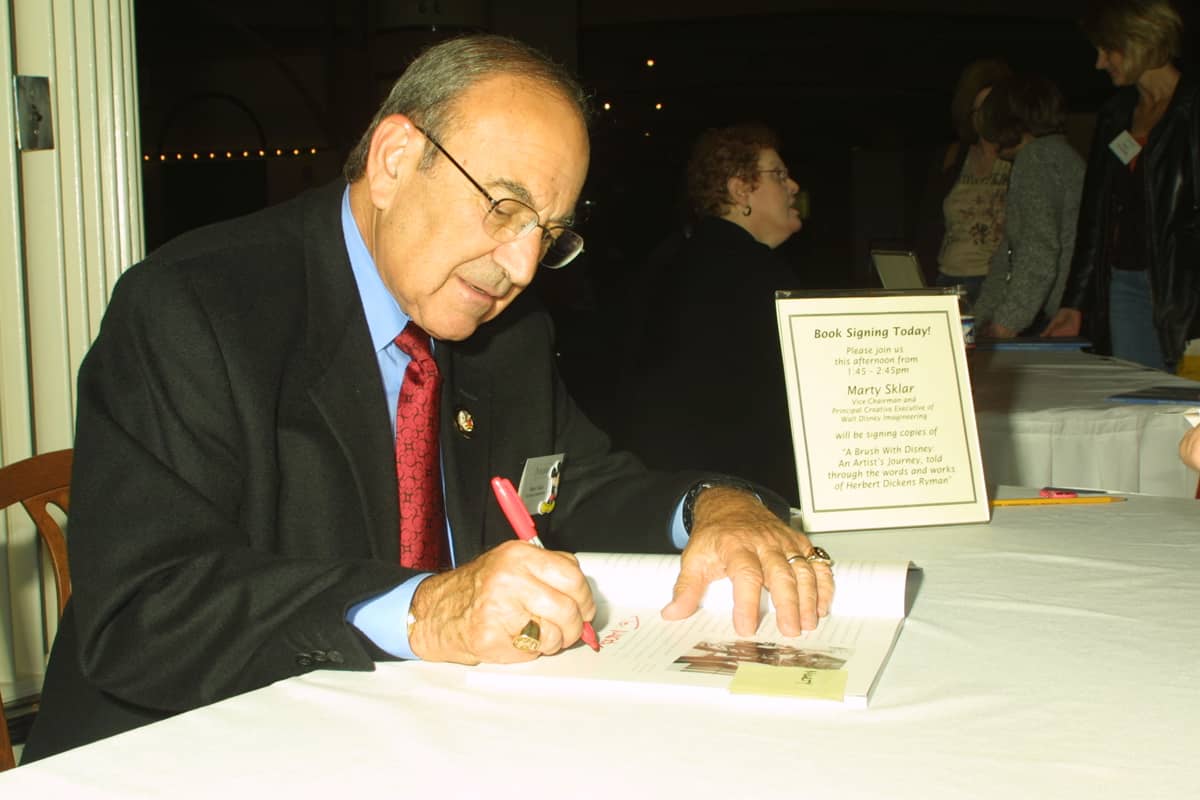 Everyone, it seemed, wanted to not only have him sign a book but also just to meet him, to have their picture taken with him. As for me, I tried to act nonchalant by not asking for a picture. But I did screw up my courage to ask Marty to sign my book. And what he wrote in it I still treasure to this day. 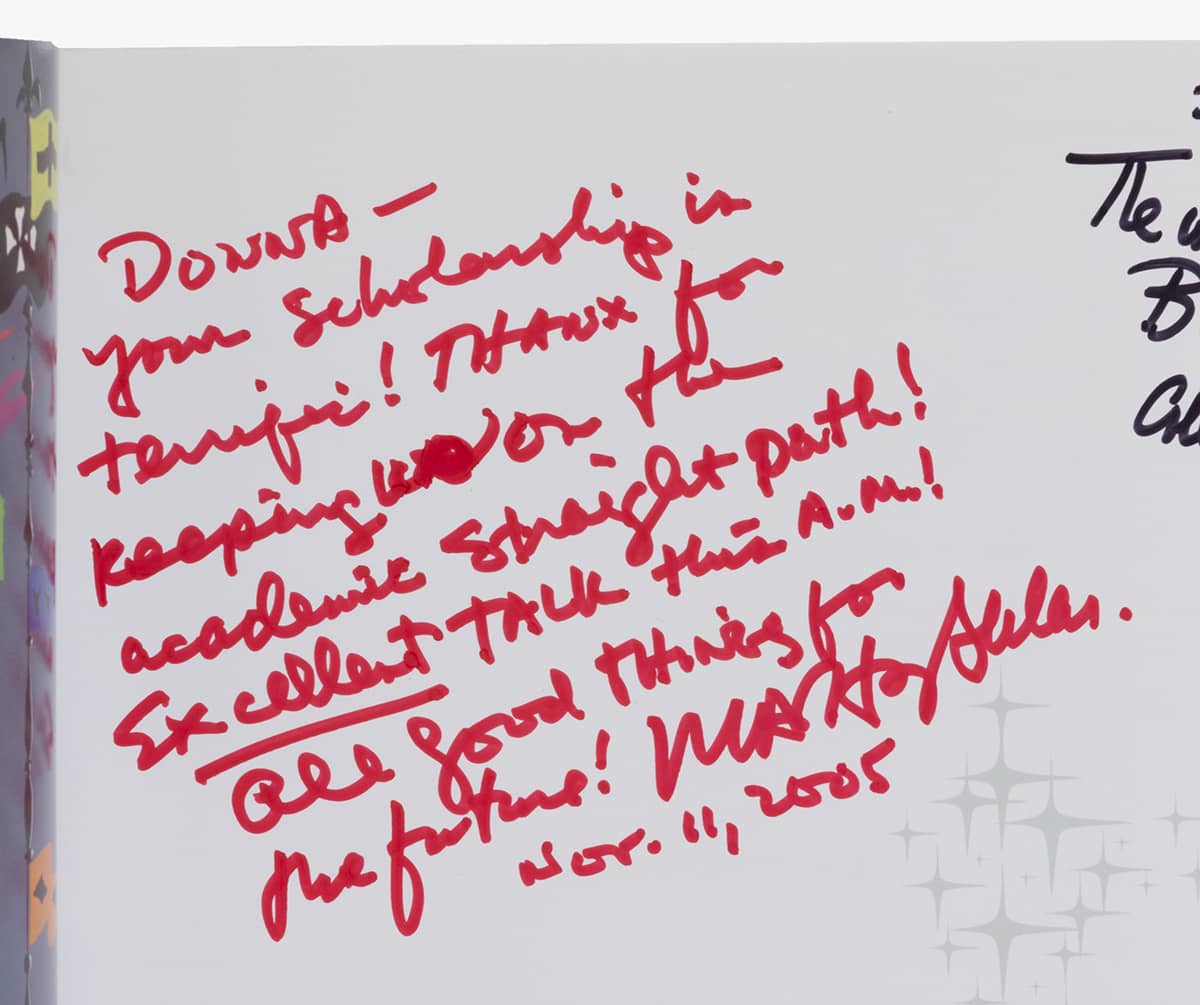 Inscription in my book.

In 2013, I picked up a copy of Marty’s just-published memoir, Dream It! Do It! My Half-Century Creating Disney’s Magic Kingdoms. There I learned much more about the projects in which he had been instrumental, including behind-the-scenes stories of the four attractions that the Walt Disney Imagineers had worked on for the 1964-65 New York World’s Fair, the decision to continue Walt’s legacy after his death in 1966 with Walt Disney World in Florida, and the creation of many of the other Disney theme parks worldwide. 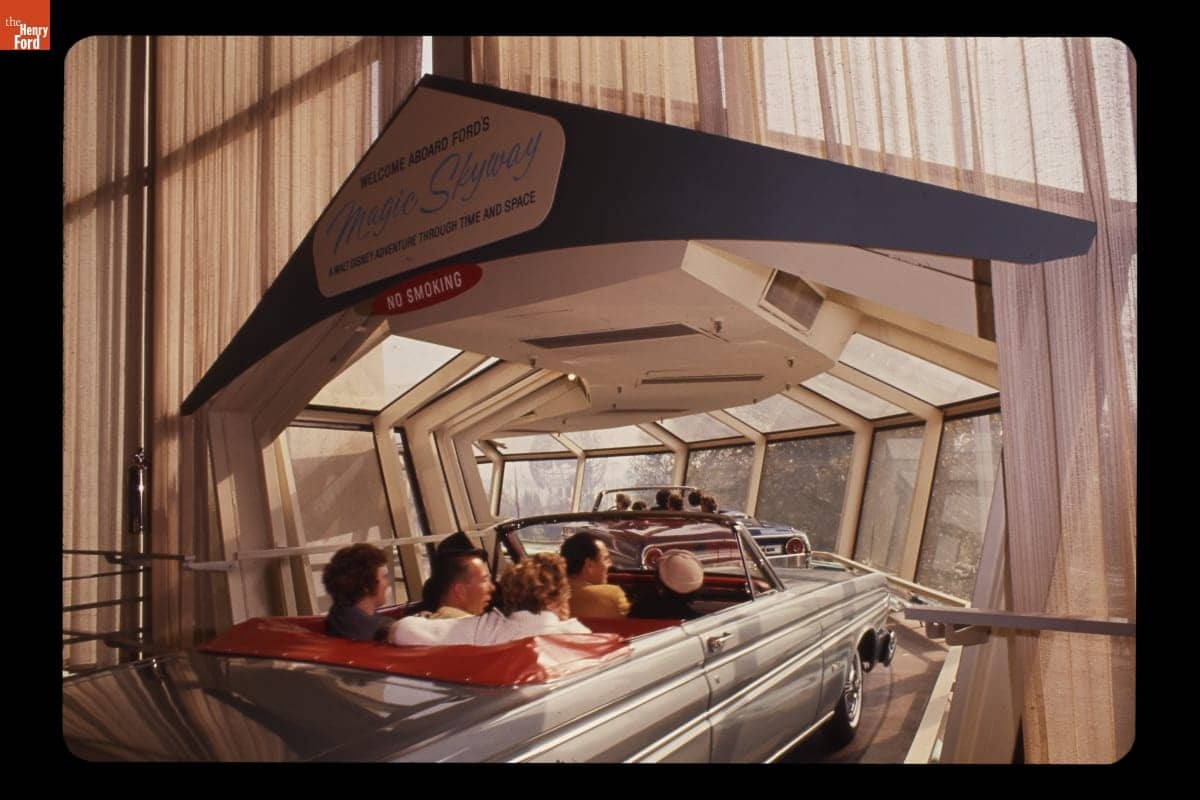 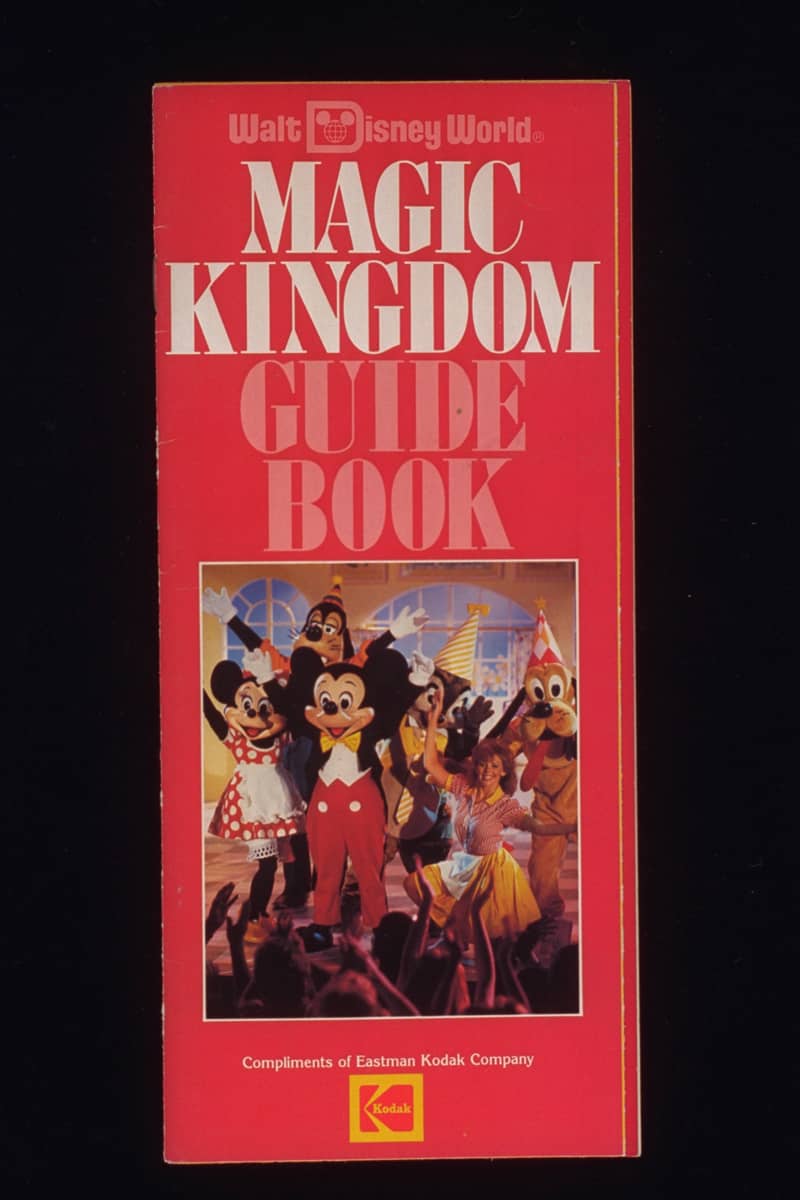 Though I only knew him for a brief period of time, I will not soon forget Marty Sklar.  His insight, his wisdom, his dry sense of humor will live on in my memory. I will also take away from the experience an important lesson that I can apply to my work and my life every day—the skillful way in which he could somehow, simultaneously, both encourage wild creativity and make sure that everyone aligned with a larger vision.

It sounds easy.  But it’s not. That to me was the mark of true genius.