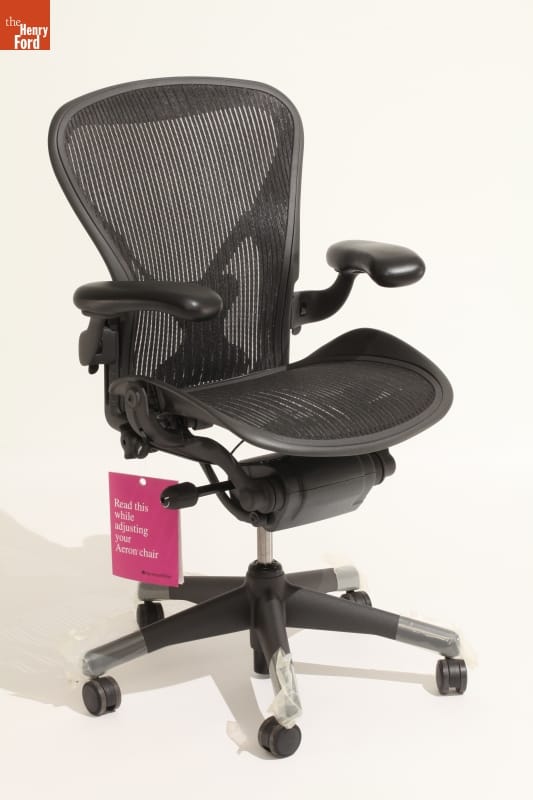 When asked “What is your definition of design?” Bill Stumpf, co-designer of the Herman Miller Aeron Chair, replied: “A means of creatively sustaining the arts of daily living in a technological world.”

Herman Miller’s Aeron Chair has been called the most comfortable chair in the world and the most privileged chair in the office. In a 1994 interview, co-designer Bill Stumpf shared his thoughts: “A chair is our third life after sleeping and standing… As an object, it’s alive and intimate, not static. It’s 10 times more interesting than a building and 10 times more difficult to design.” Three years earlier, when the designers Bill Stumpf and Don Chadwick first entered into their collaboration, their goal was to design a chair that supported a person in any position, at any task their office job served up.

The Aeron took an iconoclastic approach to chair design: Stumpf’s deep knowledge of ergonomics, combined with Chadwick’s curiosity for materials use, they built it from the ground up. The design team conducted anthropometric studies across the country, using a specially designed measuring device to examine the relationship between sizes of people and their preference for chair size. Their studies proved that the “one size fits all” chair model was inaccurate, and so the Aeron was made available in three sizes to conform to different body types.

Over the course of three years of research and design, as the Aeron Chair came to life, so did fourteen unique patents. The Pellicle mesh fabric, developed specifically for the Aeron, was breathable, and unlike the foam cushioning of the typical office chair, allowed heat and moisture from the body to pass through. Interwoven Hytrel fibers conformed to the sitter while seated, distributing weight and pressure upon the body—but always returned to their neutral position when vacated. 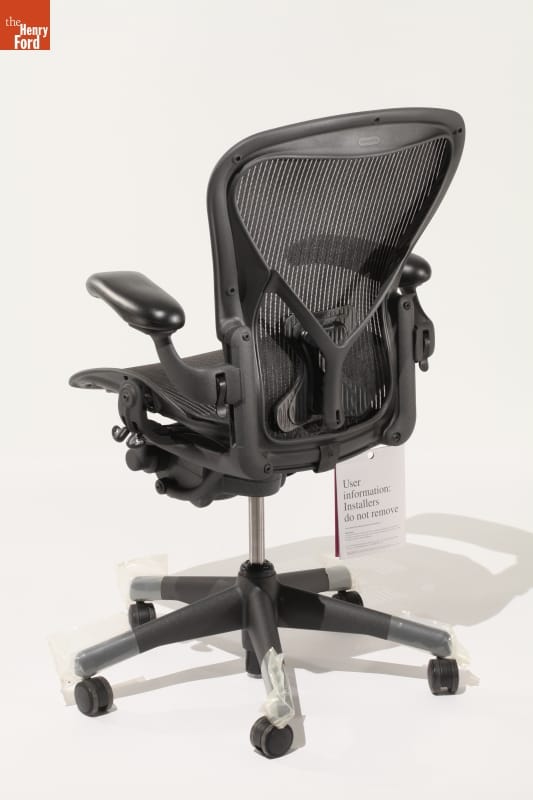 The Aeron prototypes housed in the collections of The Henry Ford—from the earliest design explorations to pre-production examples—represent a physical timeline of Propst and Chadwick’s achievements. The prototype seen on this page is “wired” for testing—once connected to strain gauges to measure load and stress. Every individual component of the Aeron Chair was sent through a rigorous engineering process, from aerated suspension to posture-fitting tilt mechanisms; recycled aluminum alloy structures to the way the mesh seating was encapsulated in the frame.

The Aeron’s history is closely entwined with the growth of the computing industry. As desktop computers became ubiquitous in the 1980s, the requirement to engage with monitors and keyboards for longer amounts of time increased. The Aeron Chair is a modern solution to the unhealthy alignment of bodies to screens. Its launch in 1994 coincided with the early stages of the “dot-com boom,” and the chair was adopted as a status symbol, populating the offices of the growing tech industry. And despite the “bursting” of the same bubble in 2000, the chair continues to be regarded among creative and information workers as a back-saving necessity. 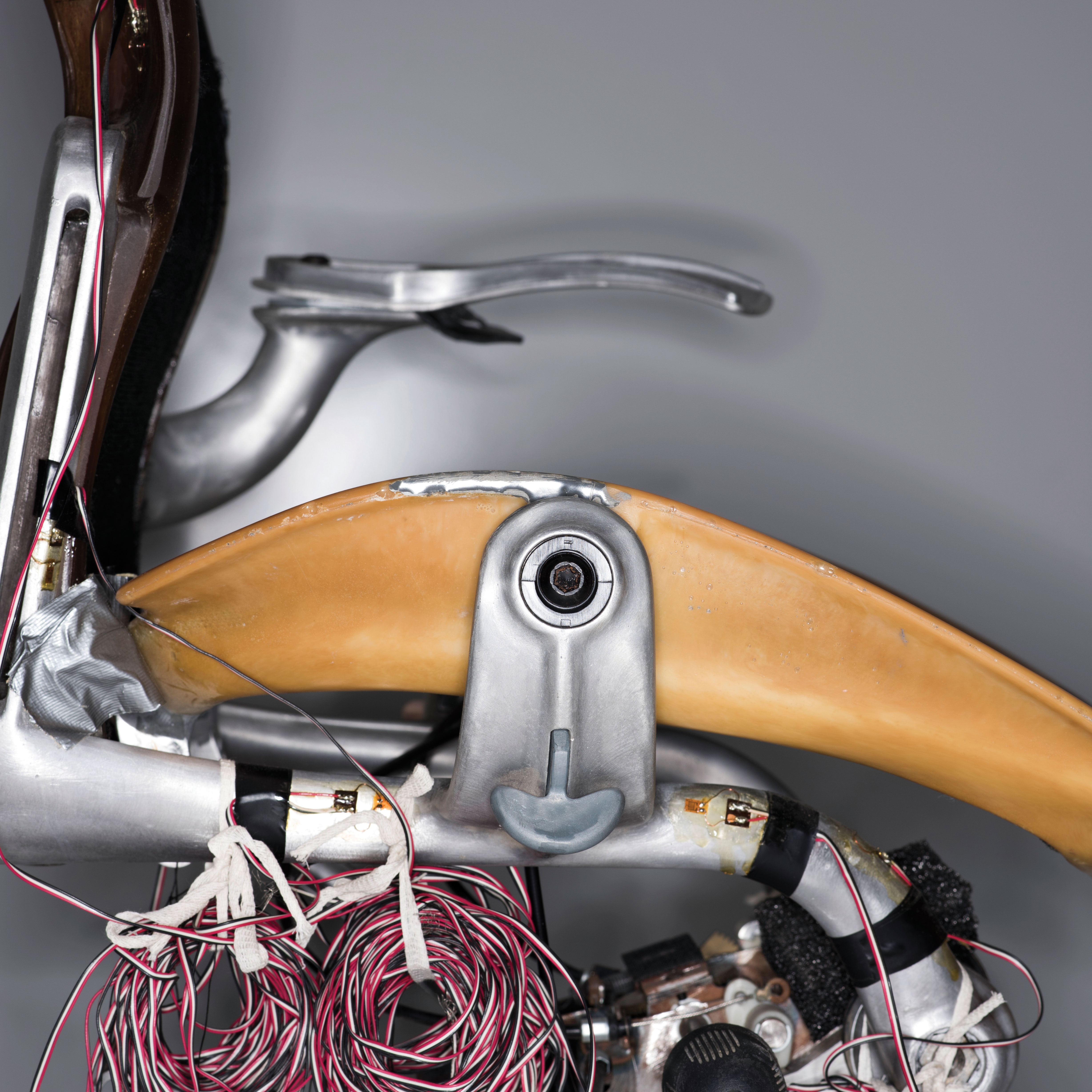 From collections to your living room. Take home a piece of history when you give today. Your support will spark innovation among future change makers.

Donate $150 or more* and receive a limited-edition, signed and numbered museum-quality print (while supplies last).

GIFT 5 OF 6: Inspired by the Aeron Chair
A breakthrough in manufacturing invented by Bill Stumpf and Don Chadwick for Herman Miller. Captured by internationally renowned photographer Lisa Spindler; 12" x 12," unframed. To learn more about this gift as well as other Spark Innovation gifts, visit our website.
*Tax deduction = total donation minus fair market value of print.