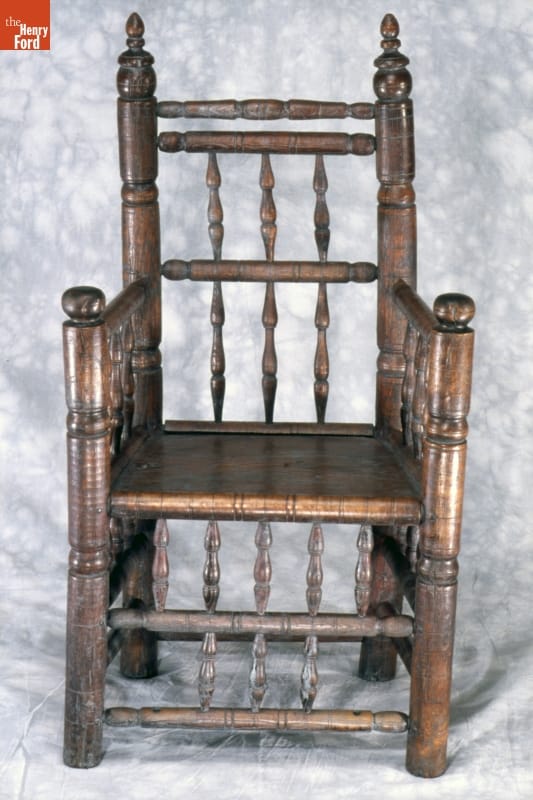 When an article was published in 1977 about a sculptor who had built a certain armchair in the 1960s — not to make a fake, but to make a point about his skill and ability to fool the experts — The Henry Ford took note. The throne-like chair described in the story was uncannily similar in every way to a 17th-century piece The Henry Ford had acquired in 1970 as a highly prized and rare Brewster, a type of chair associated with William Brewster, one of the founders of the Massachusetts Bay Colony.

Conservation science and strong detective work did prove the chair to be a fake, and The Henry Ford admitted to being fooled. Always an institution dedicated to education, The Henry Ford didn’t remove the chair, instead keeping it as a reminder of a lesson learned and even loaning it out for national exhibits on fakes and forgeries. 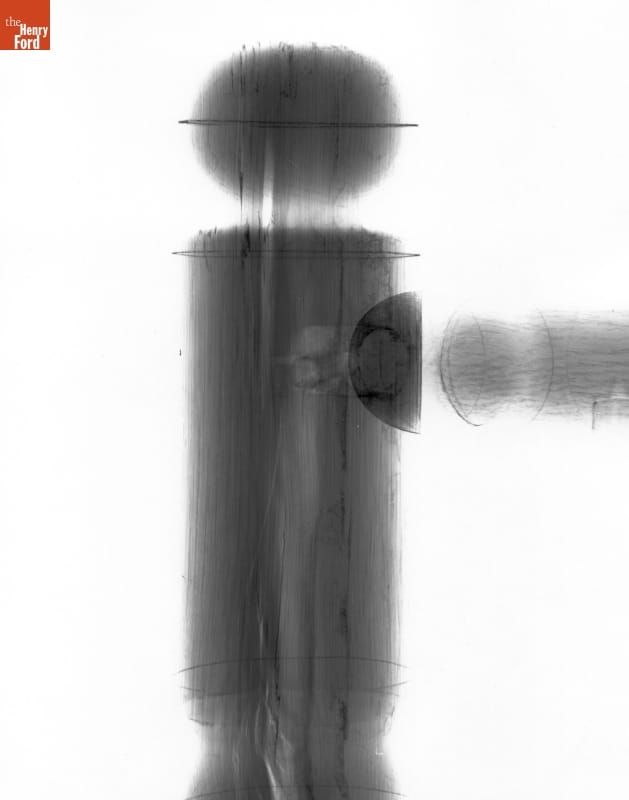 An X-ray of The Henry Ford’s Brewster chair forgery showed that the drill bits used for making the holes that received the turned spindles had a modern-day pointed end rather than the spoon shape associated with bits common to carpentry in the 1600s.

DID YOU KNOW?
William Brewster was one of 102 passengers who traveled across the Atlantic on the Mayflower in 1620 to establish Plymouth Colony.

Chairs were rare in 17th-century American homes. Chairs like the Brewster were made for honored guests or the head of the household — intended to impress visitors and confirm the sitter’s status and position. And they were not very comfortable.

From The Look Back in the January-May edition of The Henry Ford Magazine.