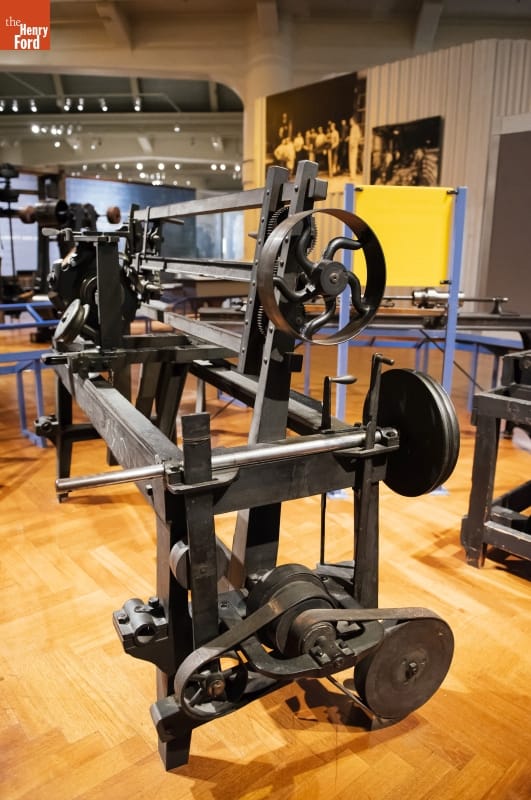 The cast-iron lathe shown above, dating to the 1860s, proved the wood-cutting prowess of inventor Thomas Blanchard’s original 1818 design. While today it is motionless in the Made in America exhibit in Henry Ford Museum of American Innovation, when in-motion, Blanchard’s lathe was a pivotal technological development in standardization and mass production during the Industrial Revolution. Its ability to duplicate or copy irregular wood designs was a big improvement on the time-consuming and skill-demanding task of carving wood products by hand. Originally built for manufacturing rifle stocks at Blanchard’s employer, the Springfield Armory in Massachusetts, the lathe found usage in other industries, like creating shoe forms that helped standardize shoe sizes.

The lathe could be used by semi-skilled operators and made copies using a rotating blade whose position was guided by the shape of a prototype—similar to today’s modern key-cutting machine. Much like the movements of a cutting tool against a key blank are constrained by the shape of the original key, Blanchard's lathe consists of a frame into which a master pattern and a blank can be fixed. A carriage, responsible for guiding the cutting tool, then moves the length of the lathe carrying a revolving cutter and what Blanchard termed a friction point. The carriage’s position against the master pattern determines the degree to which the cutter bites into the blank. The major difference between the key-duplicating machine and Blanchard's lathe is that the former cuts a profile in the edge of a key, while Blanchard's lathe was designed to shape a three-dimensional duplicate of the master pattern. 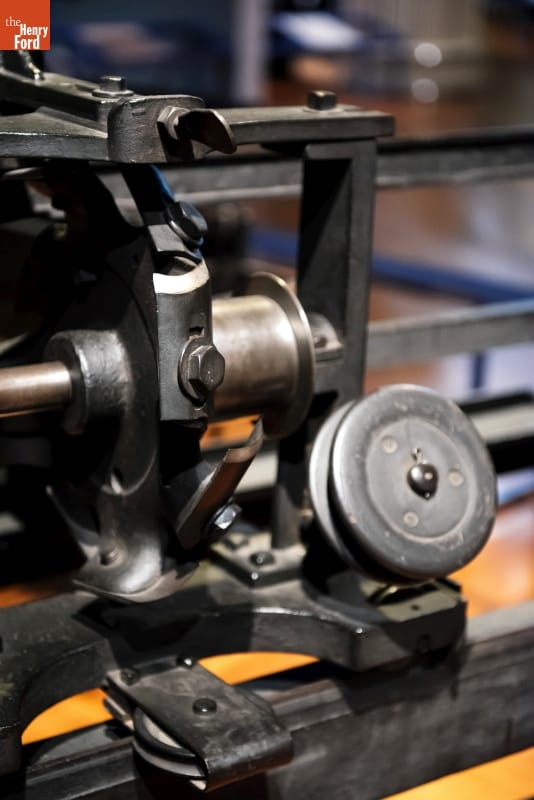 Not only was Blanchard’s lathe an early example of a machine that could be programmed, but its ability to duplicate irregularly shaped, three-dimensional objects ushered in a wave of standardized interchangeable parts that reshaped the trajectory of the Industrial Revolution.