“Female Operatives Are Preferred”: Two Stories of Women in Manufacturing 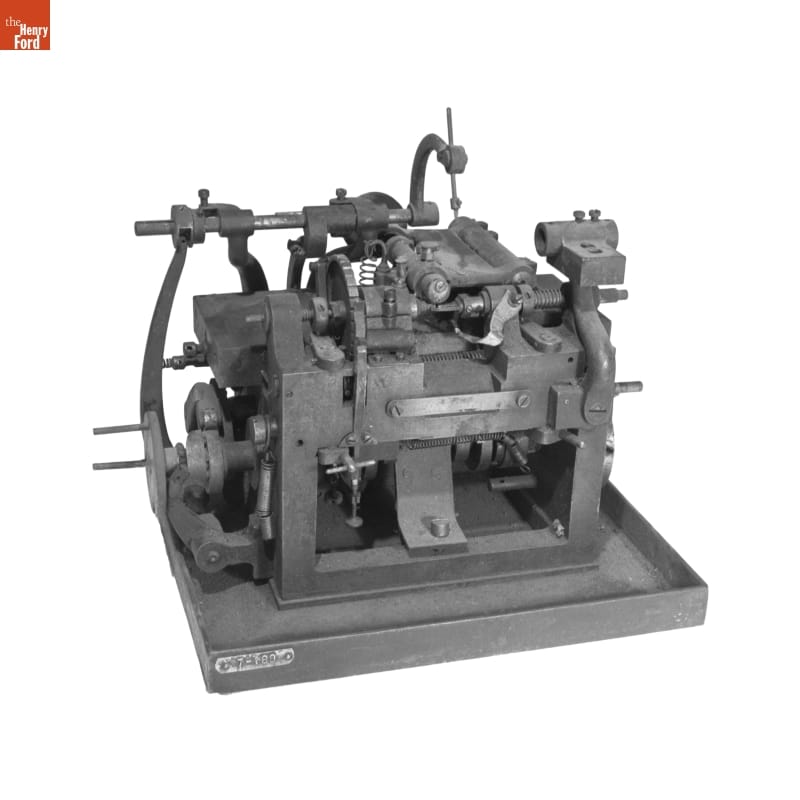 The roles women play in manufacturing are occasionally highlighted, but are often hidden—opposing states that these two stories from our collections demonstrate.

The Waltham Watch Company in Massachusetts was a world-famous example of a highly mechanized manufacturer of quality consumer goods. Specialized labor, new machines, and interchangeable parts combined to produce the company's low-cost, high-grade watches. Waltham mechanics first invented machines to cut pinions (small gears used in watch movements) in the 1860s; the improved version above, on exhibit in Made in America in Henry Ford Museum of American Innovation, was developed in the 1890s. 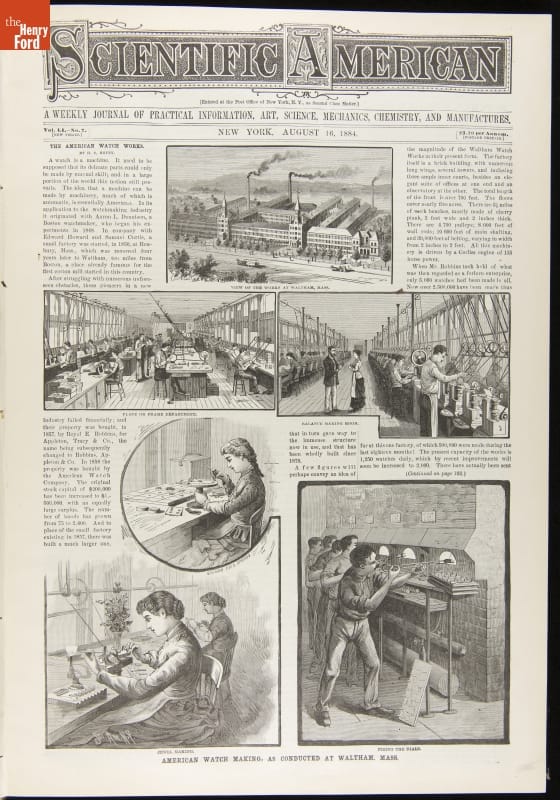 This article, “The American Watch Works,” from the July-December 1884 issue of Scientific American, discussed the women workers of the Waltham Watch Company. / THF286663

In the late 19th century, reports on the world-renowned company featured women workers. An 1884 Scientific American article specifically called out women’s work. The article explained that, “For certain kinds of work female operatives are preferred, on account of their greater delicacy and rapidity of manipulation.” Recognizing that gendered experiences—activities that required manual dexterity, such as sewing, or the exacting work of textile production—had prepared women for a range of delicate watchmaking operations, the Waltham company hired them to drill, punch, polish, and finish small watch parts, often using machines like the pinion cutter above. The company publicized equal pay and benefits for all its employees, but women workers were still segregated in many factory facilities and treated differently in the surrounding community. 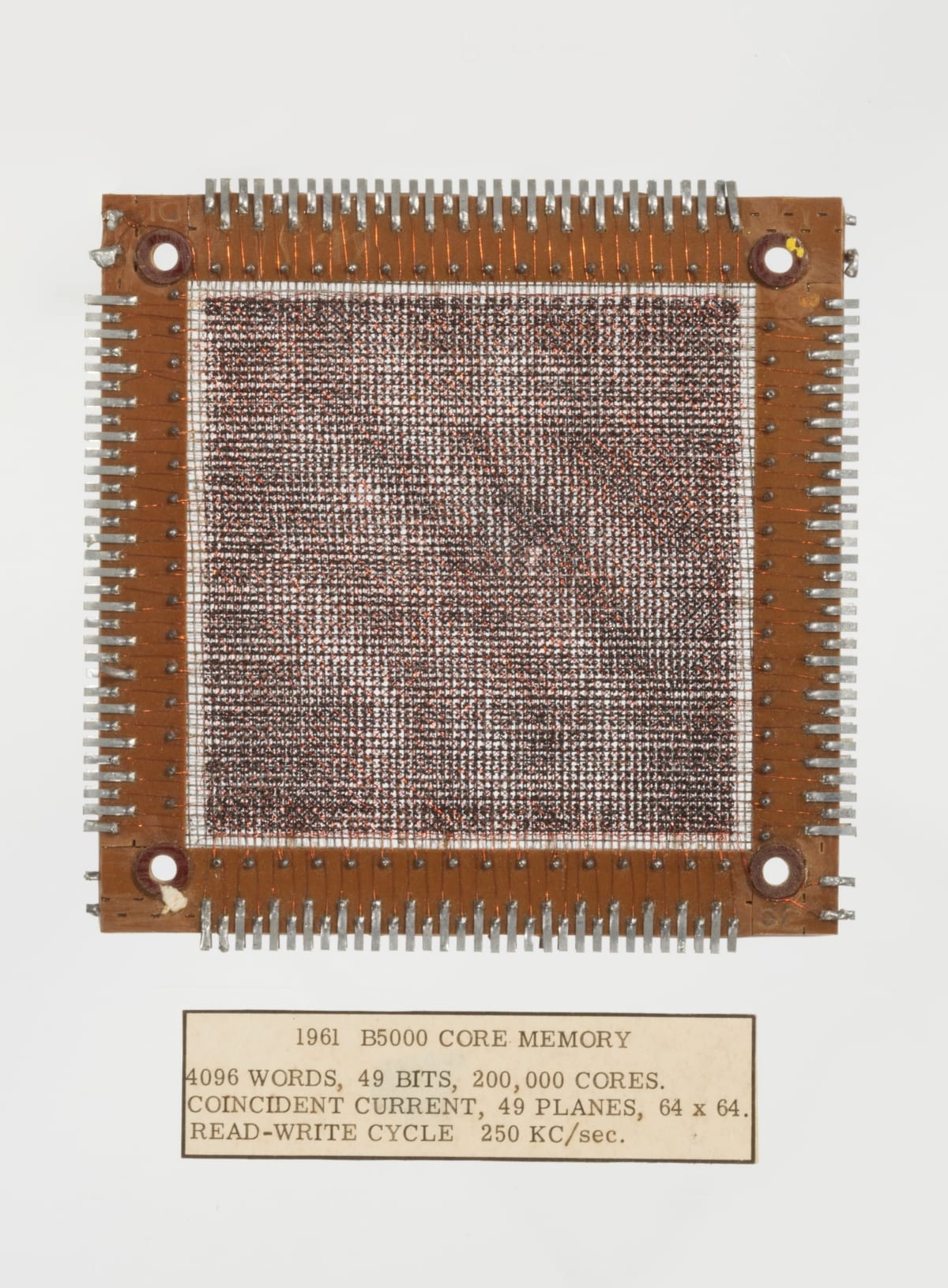 The same reasoning that guided women’s work at Waltham in the 19th century led 20th-century manufacturers to call on women to produce an early form of computer memory called core memory. Workers skillfully strung tiny rings of magnetic material on a wire grid under the lens of a microscope to create planes of core memory, like the one shown above from the Burroughs Corporation. (You can learn more about core memory weaving here, and more about the Burroughs Corporation here.) These woven planes would be stacked together in a grid structure to form the main memory of a computer.

However, unlike the women of Waltham, the stories of most core memory weavers—and other women like them in the manufacturing world—are still waiting to be told.