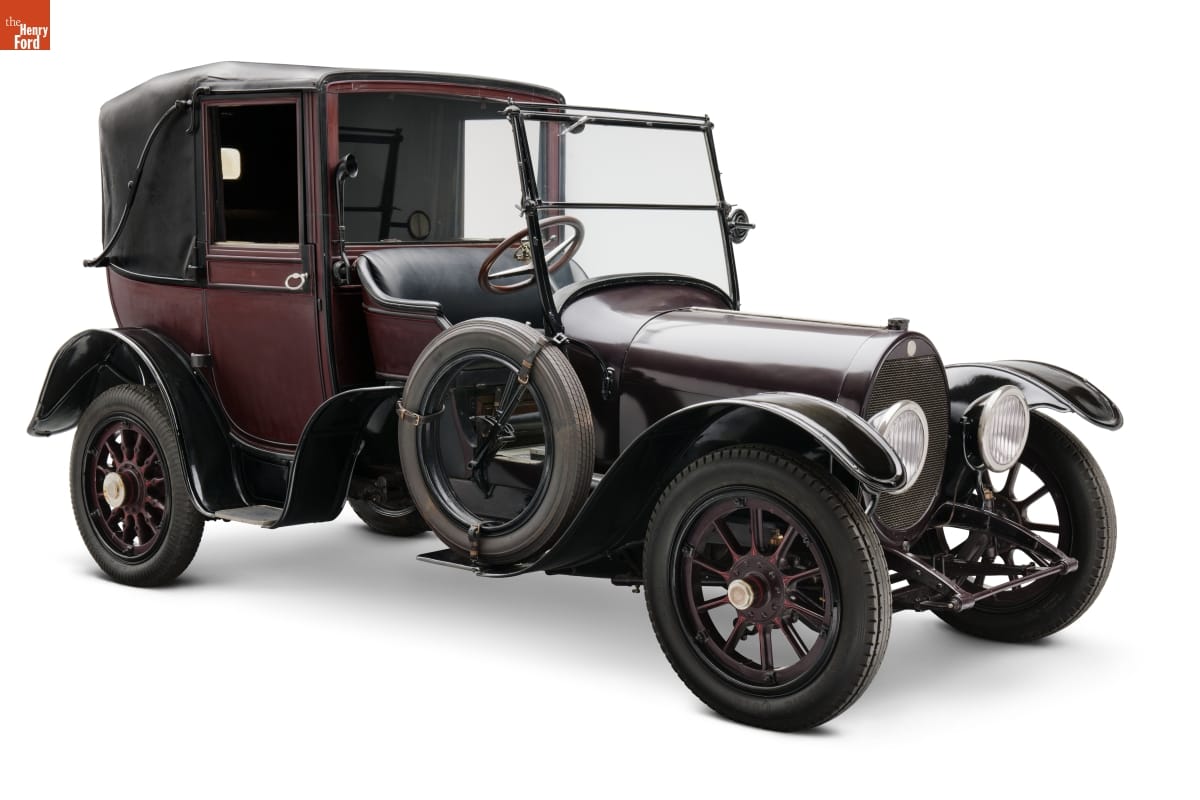 Wealthy Americans were familiar with the Brewster name because the company had been building elegant horse-drawn carriages for over 100 years. When Brewster finally began building automobiles in 1915, they looked like carriages. Chauffeurs dealt with the 20th-century auto technology—a quiet 55-horsepower engine, an electric starter, and electric lights—while owners rode in 19th-century carriage comfort. Tradition eventually lost out to the rush of modernity, and Brewsters began to look like cars. 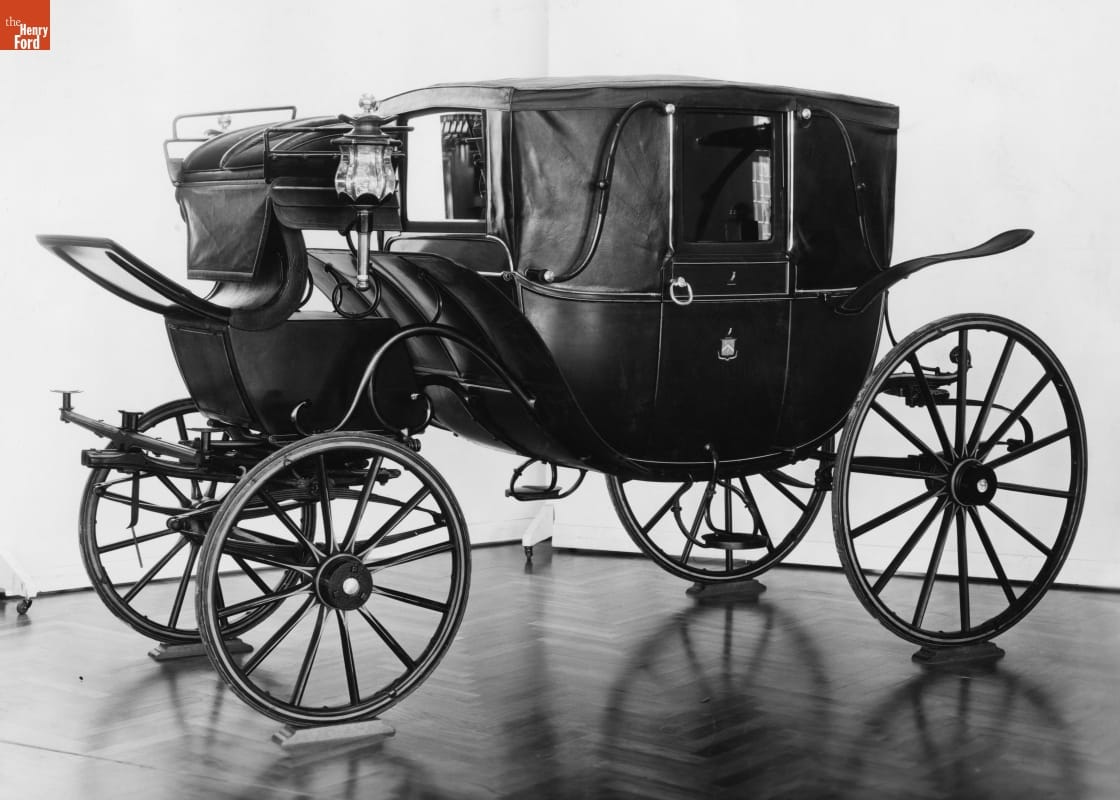 Look closely at this 1890 Brewster landau carriage in The Henry Ford’s collection, and you’ll notice some similarities to the Brewster automobile. / THF80571 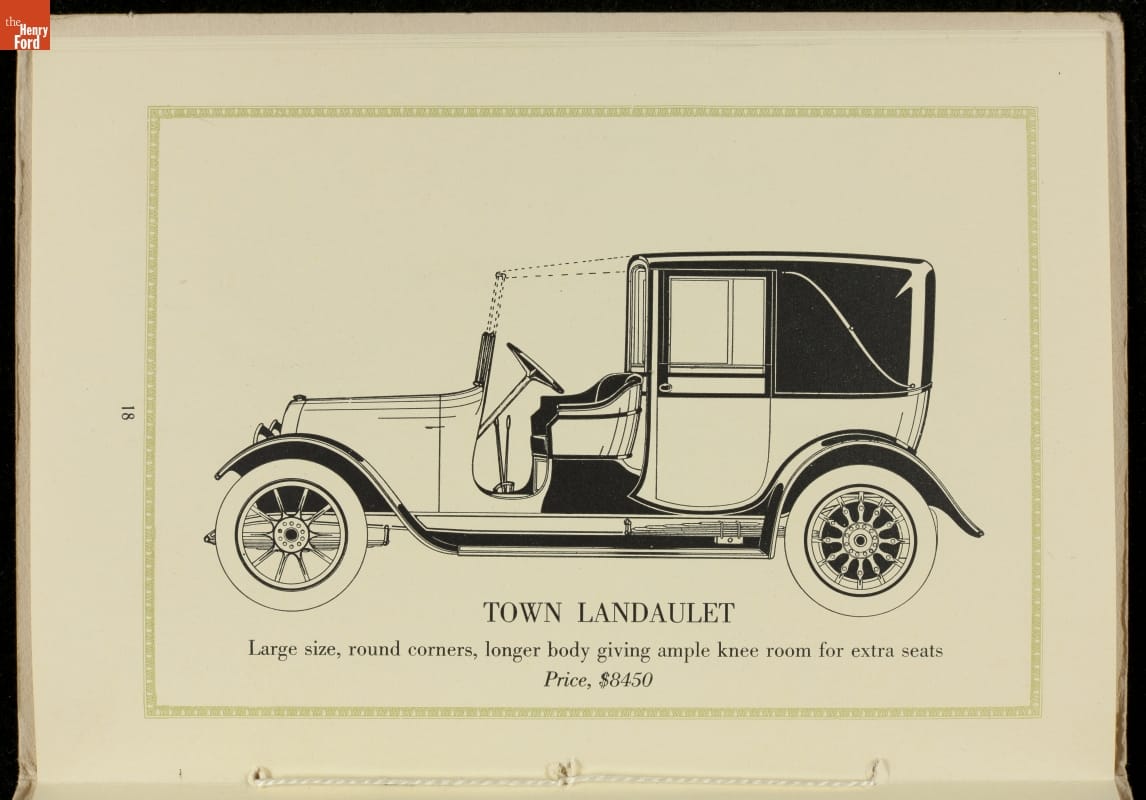 “Landaulet” is a car body style with separate compartments for passengers and driver. The passenger compartment is usually convertible. The driver’s compartment can be either enclosed or open. / THF206171