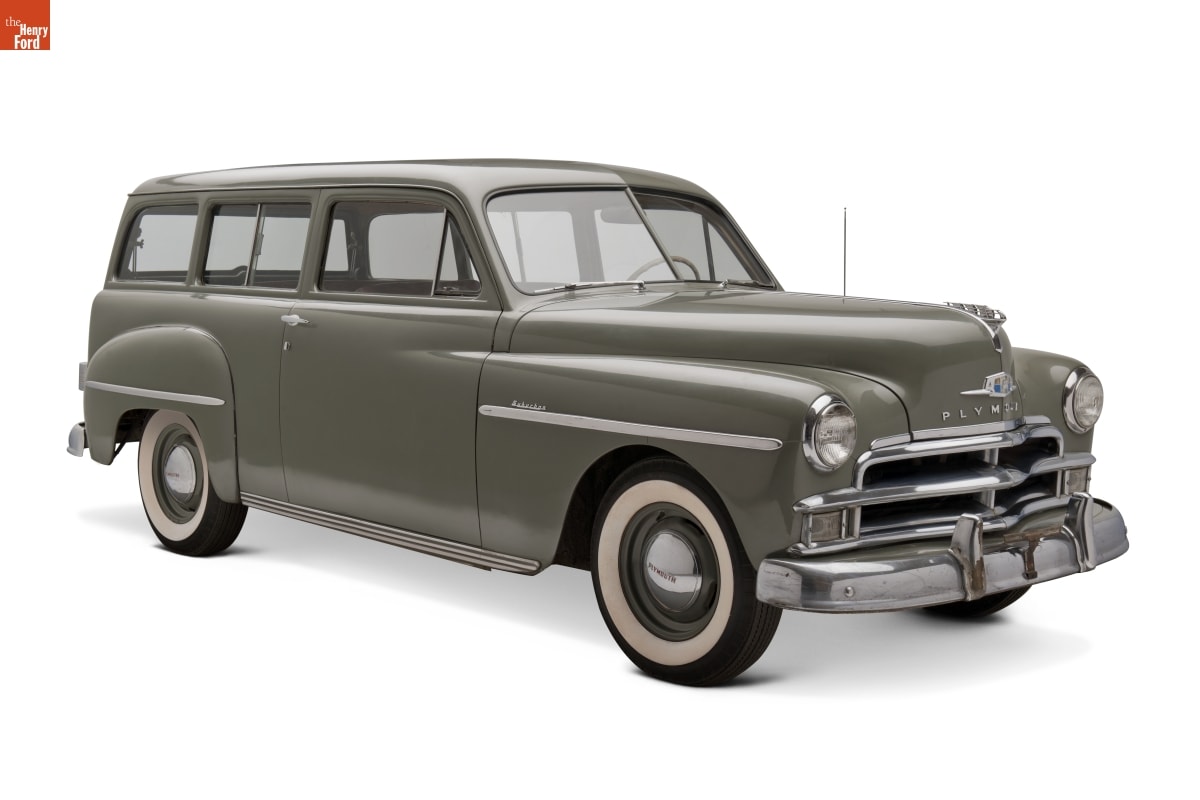 The earliest station wagons hauled travelers and luggage between train stations and hotels. Wagons remained low-production specialty vehicles until the 1950s, when parents embraced them as ideal vehicles for transporting growing families. Packed with children, groceries, camping gear, or luggage, station wagons became the very symbol of the family car. 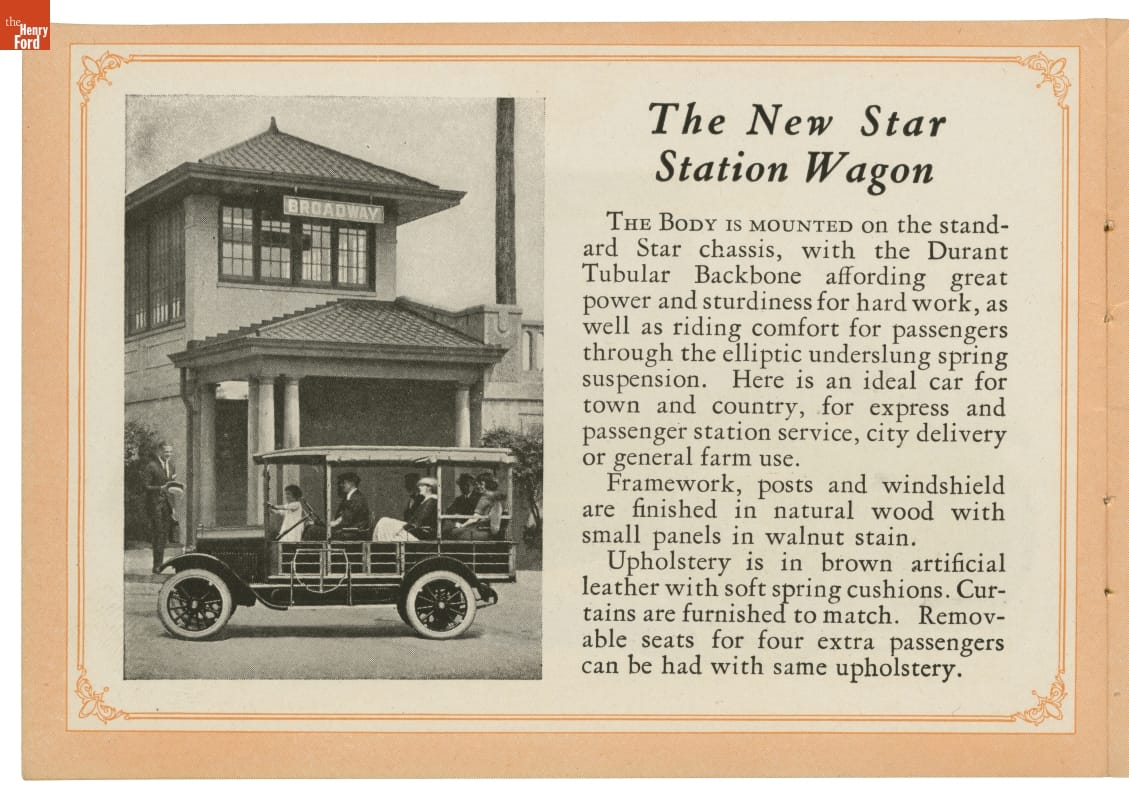 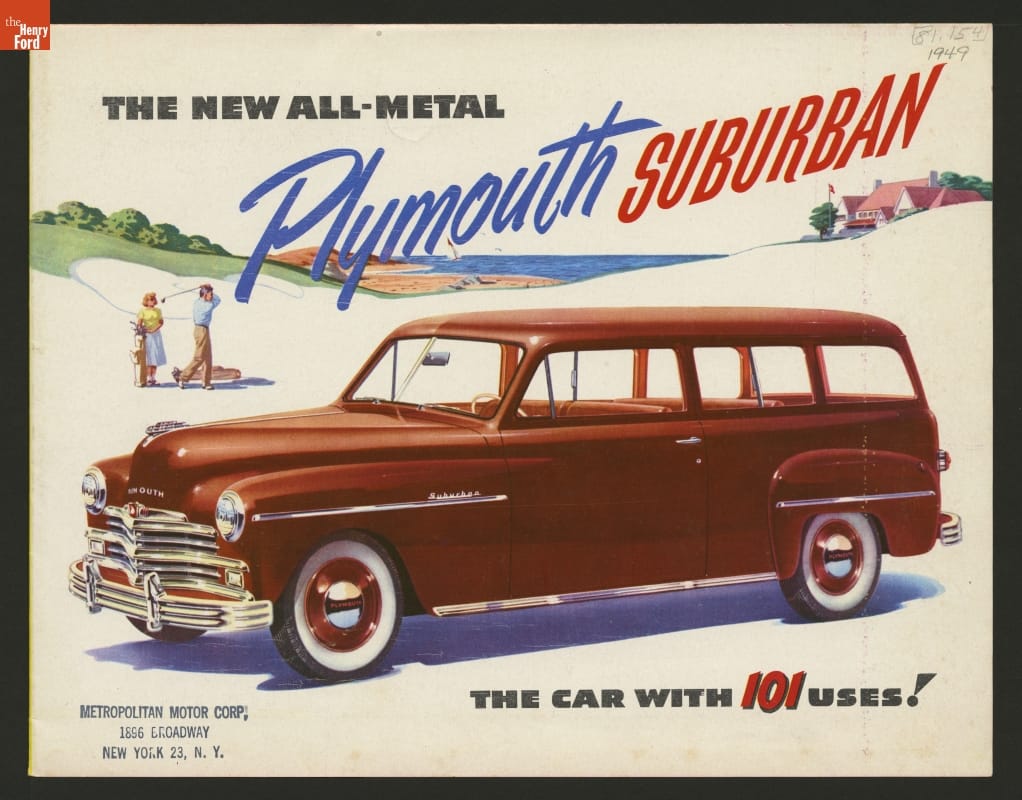 By 1949, when the Plymouth Suburban was introduced, families were growing and suburbs expanding. The utility of the modern Suburban appealed to parents, and the first all-steel body was a major upgrade from older wood-body wagons. 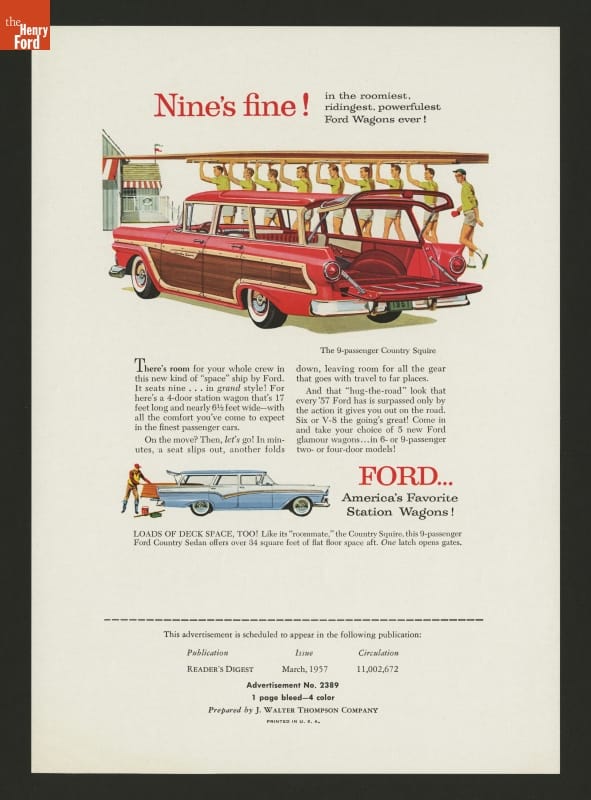 By 1957, all wagons had steel bodies. But designers applied wood—or fake wood—to “woody” wagons for many years. 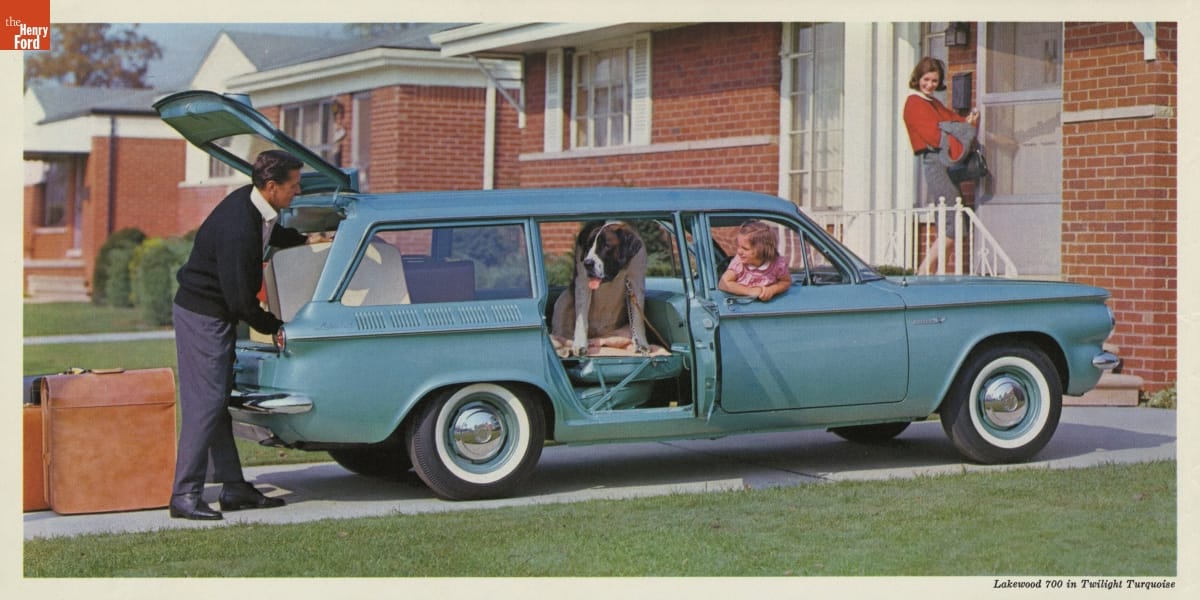 Even compact cars like the Chevy Corvair had wagon versions. This 1961 Chevy sales brochure touted its rear-engine Corvair Lakewood, with storage in front and back.