A Permanent Box at the Sheepshead Races… 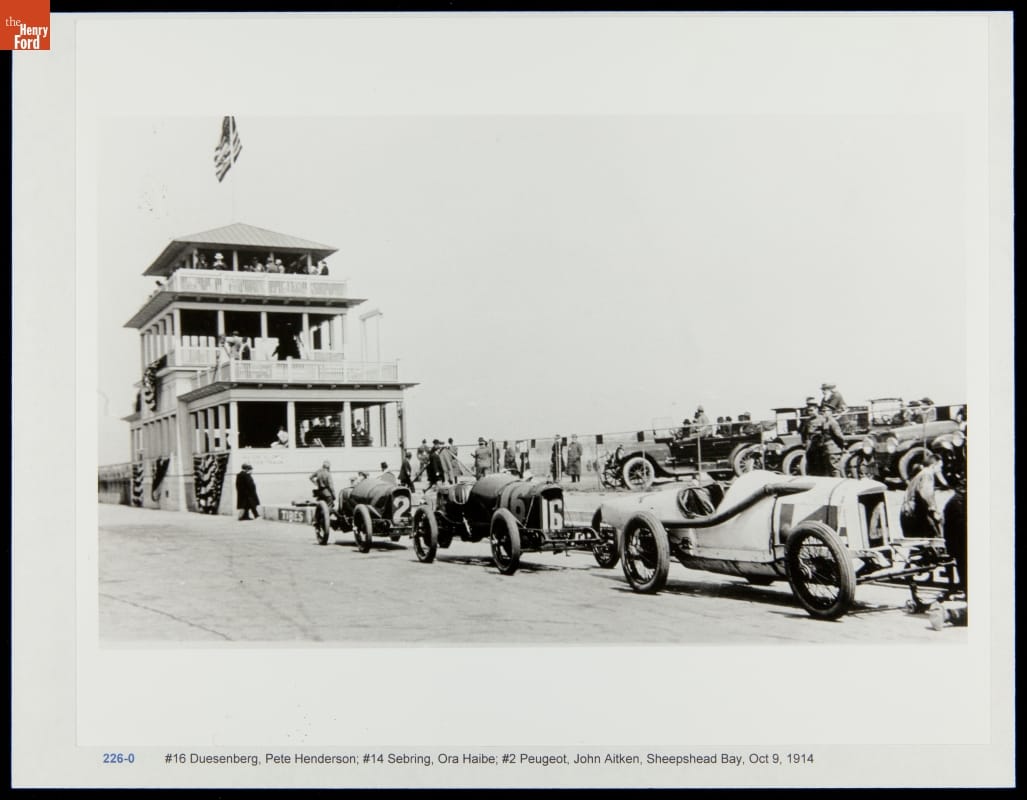 If you’re a fan of the Disney musical Newsies, you may remember the character Racetrack singing about obtaining "a permanent box at the Sheepshead races" in the song King of New York. While Racetrack was referring to a horse racing track located in Sheepshead Bay, New York, that same facility was later converted to a board track for automobile racing. While board tracks around the country had a limited lifespan, they set the stage for the eventual creation of modern paved oval racetracks and the expansion of automobile racing across the United States. 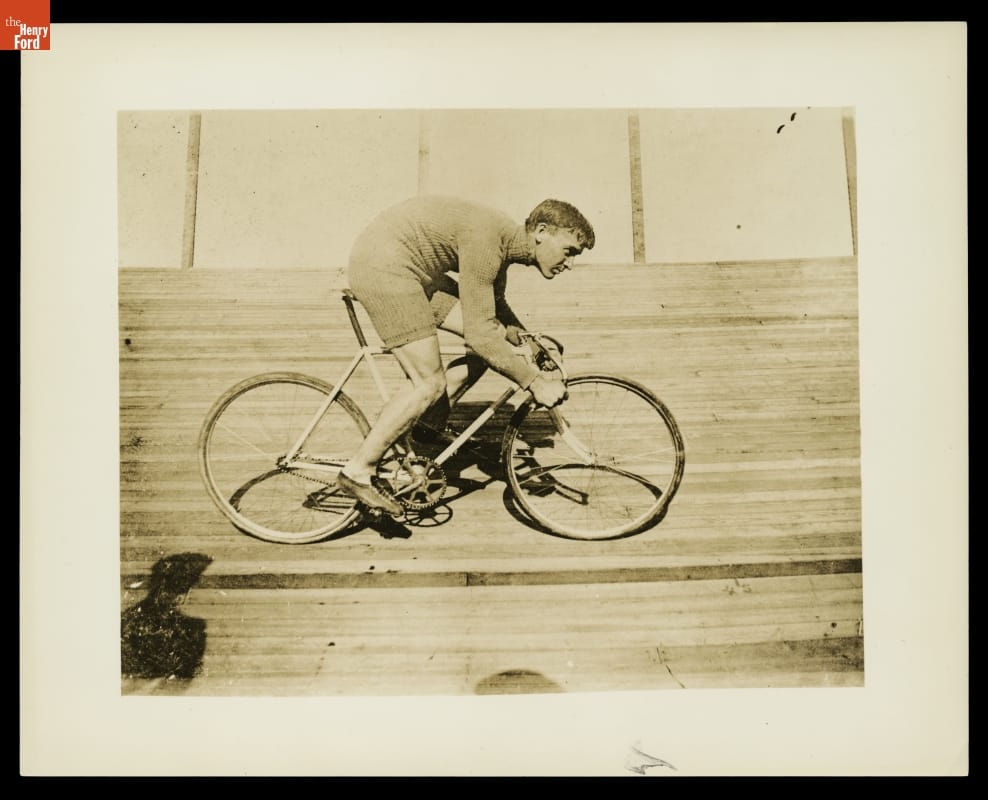 The earliest oval board tracks in the United States, commonly known as motordromes at the time, were constructed around 1910. With designs based on the velodromes used for bicycle racing in Europe, they utilized thousands of small, wooden boards in their construction. For the one mile long track at Playa del Rey, California, over 300 miles worth of boards were used to create the racing surface.  Many of the board tracks also included steep banked corners, adding to the excitement. The wooden surface was cheaper to install than a paved one at the time, although the upkeep did create additional costs over the years. 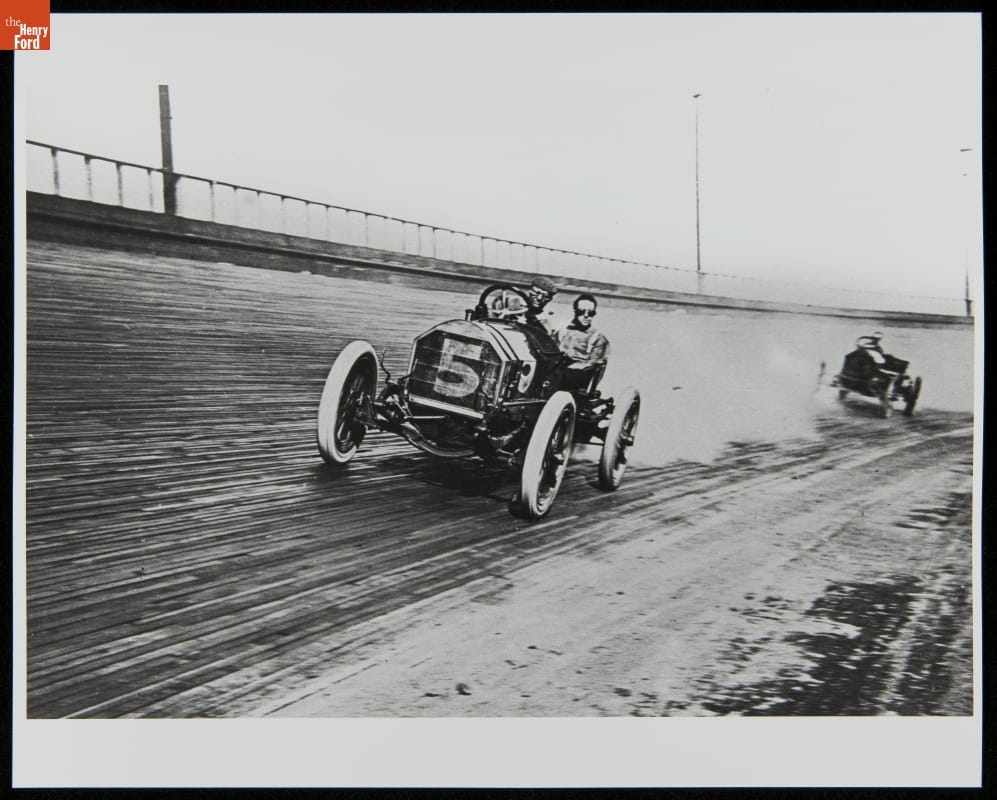 Board track racing on the track in Playa Del Rey, California. THF228751

Over the next 20 years, board tracks were constructed in cities around the country, including Chicago, Tacoma, Omaha, and Brooklyn. Smaller communities also had tracks: Valley Junction, Iowa; Hopwood, Pennsylvania; Sharonville, Ohio; and Salem, New Hampshire, to name a few.  They ranged in length from half a mile to 2 miles, with thousands of people attending races. The American Automobile Association (AAA), which had established its Contest Board in 1908, sanctioned championship level races on these tracks. From 1920 through 1931, 82 of the group's 123 championship events were staged on wooden raceways. Early motor racing stars, such as Joe Nikrent and Louis Disbrow, found success on the boards as well as paved tracks. 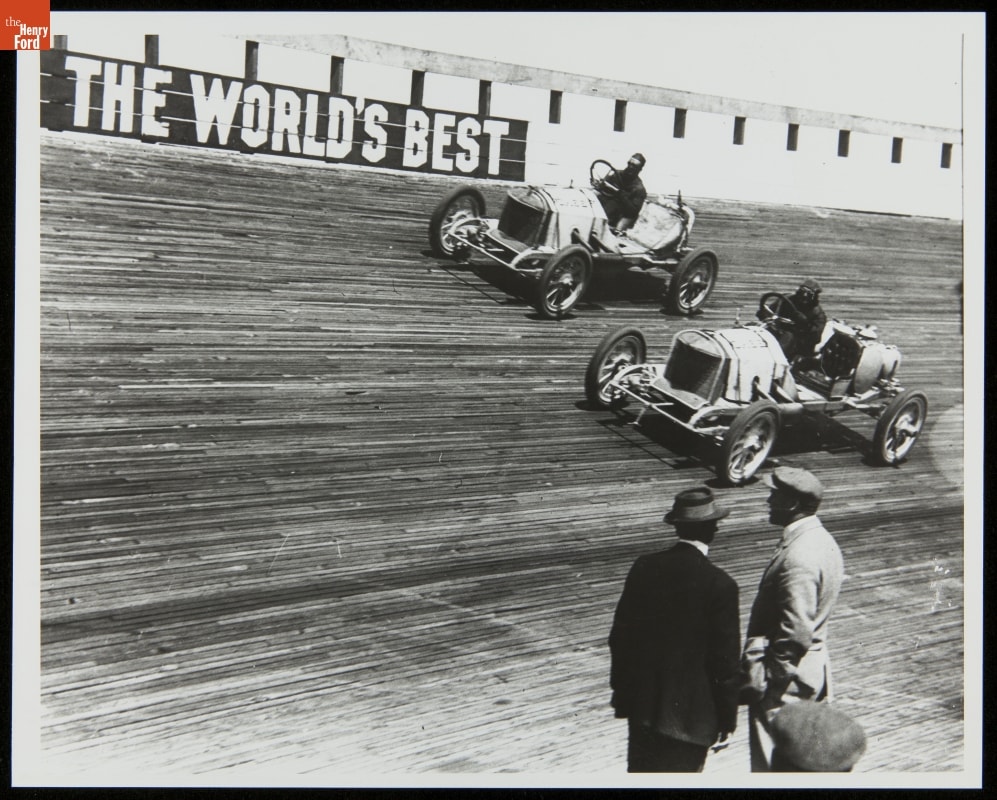 There were some drawbacks to the board tracks though. Safety issues, including high rates of speed in corners, extreme G-forces on the drivers, flying splinters and debris, and the basic tire technology of the time, led to accidents and fatalities on the tracks. Spectators, especially those at motorcycle races, were vulnerable to out of control vehicles veering off the track. Track upkeep was extremely expensive, with the tracks needing to be resurfaced every five years or less. Stories remain of repairs being made to the tracks as cars raced overhead. Lack of competition with the increase overall speeds was another drawback; generally the fastest car at the start of the race crossed the finish line first. 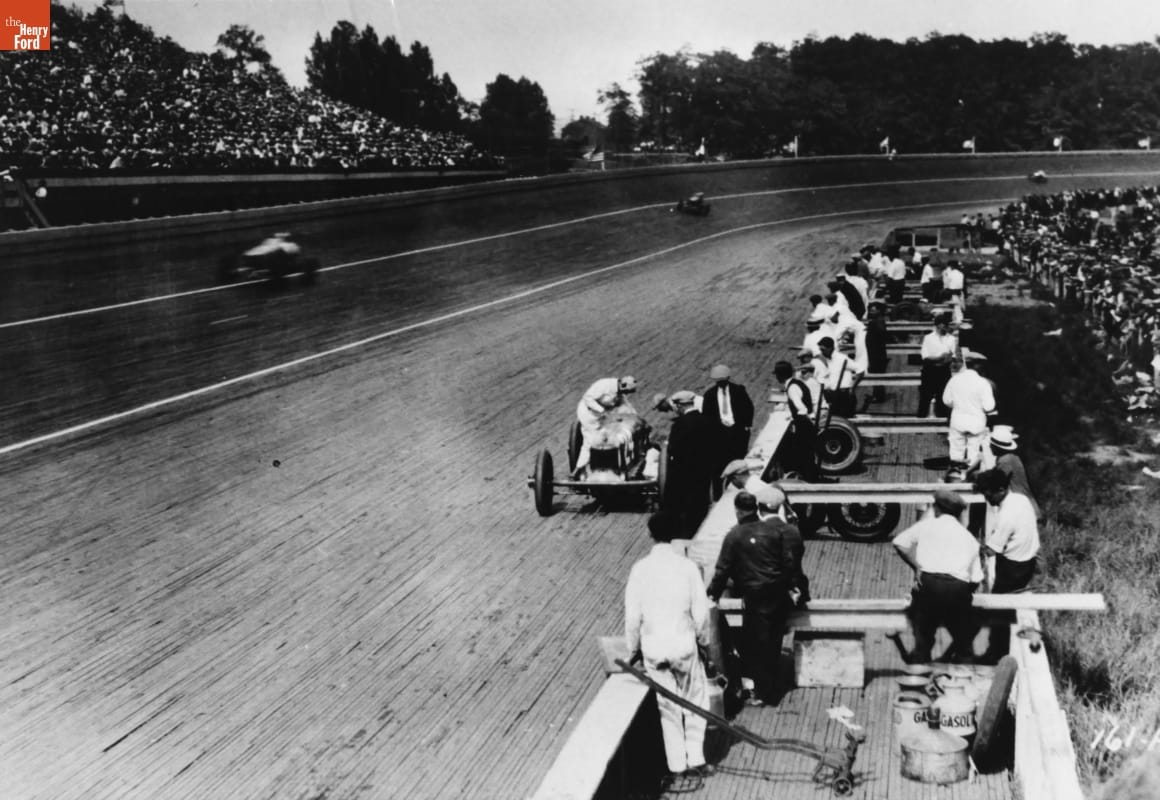 Dave Lewis's Race Car Stopped on the Board Track at Altoona Speedway, Tipton, Pennsylvania, in 1925. THF73131

Major races ceased to be held on boards after 1932, although a few tracks prolonged their lives by hosting midget racing competitions. In the end, the majority of the tracks were torn down, the land utilized for other purposes. Alas, this was the fate of the Sheepshead Bay Speedway. The track, built in 1915 on the site of the old horse racing facility, only operated until 1919. The land was sold four years later and redeveloped for residential purposes, with no trace of the facility remaining today. Relegated to memory, it is important to remember the integral role that this board track and others like it played in the expansion of automobile racing across the United States.