Opening Day is behind us, so baseball season is now in full swing (pun intended), and the return of Historic Base Ball in Greenfield Village is just around the corner. Celebrate this beloved sport with a few artifacts and stories from our collections. 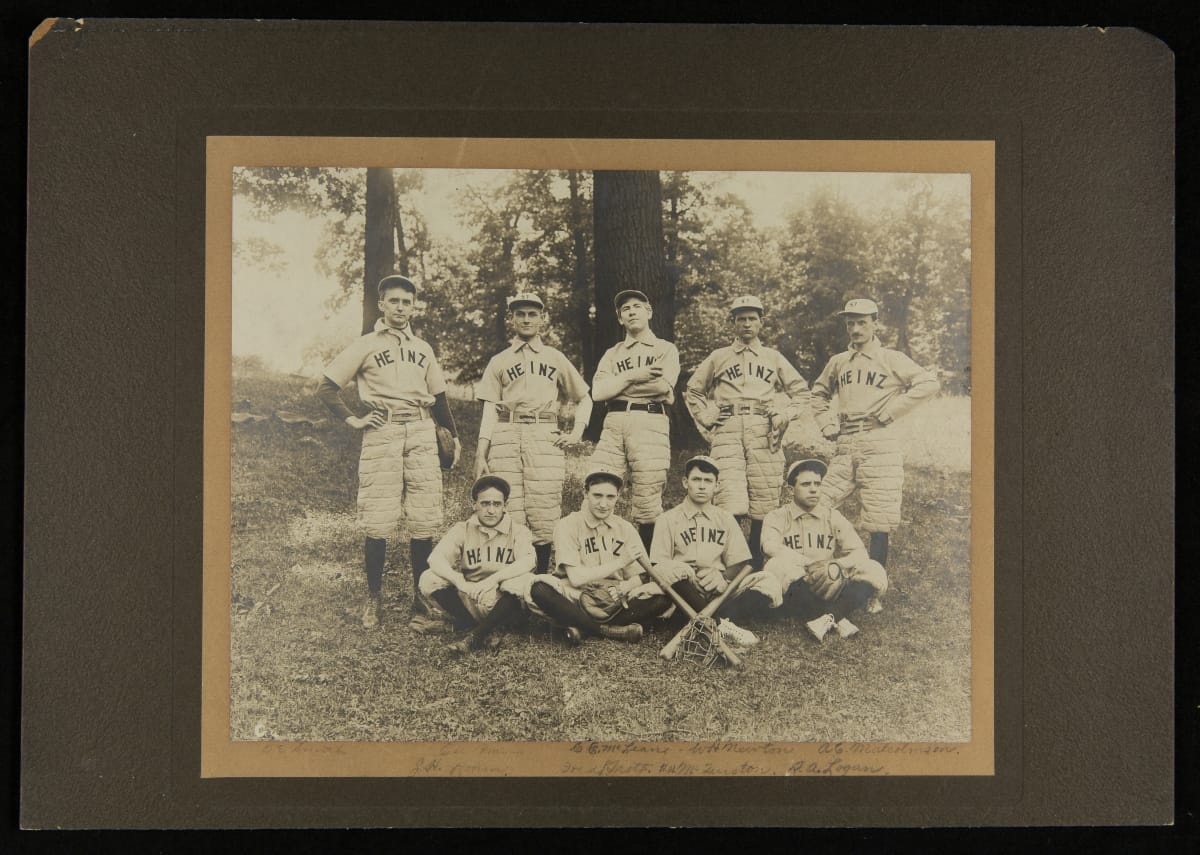 The H.J. Heinz Company, at the forefront of employee welfare during the late 19th and early 20th centuries, offered many recreational activities for its workers. This photograph from 1907 shows the Heinz company baseball team, comprised of its employees. 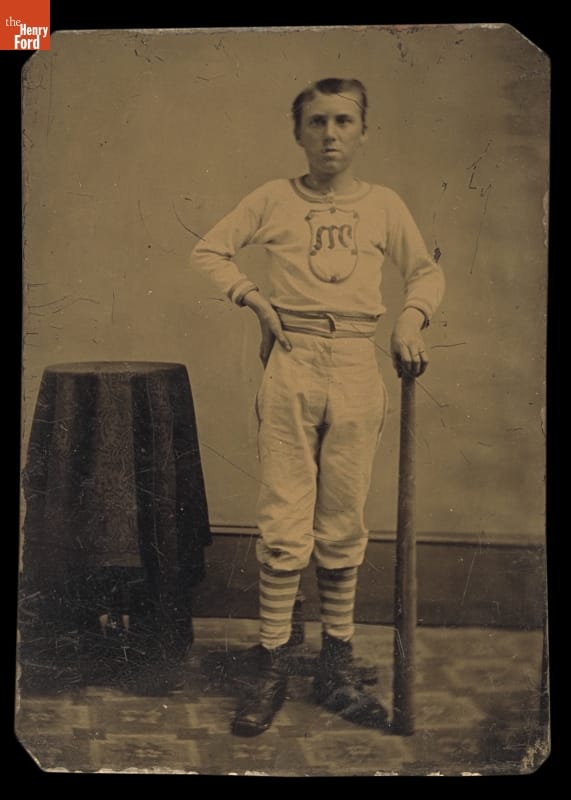 In the decades following the Civil War, base ball clubs came to represent a community’s identity and honor. Players donned colorful uniform shirts to make the team readily visible to its supporters and opponents alike. 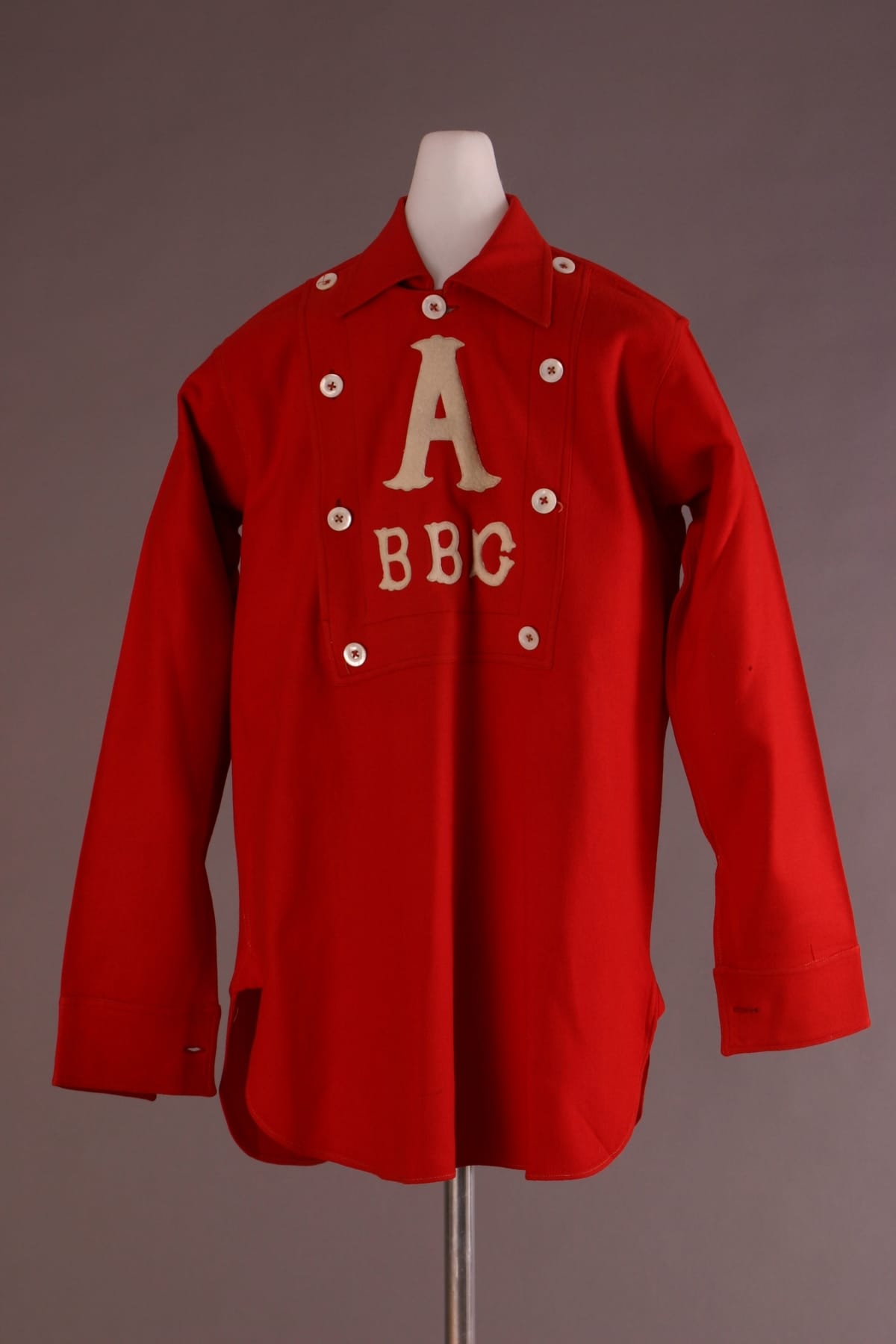 This bright red wool base ball shirt is a great example of uniforms of that time. The oversized “A” would have identified the community, company, or school the team represented, while the “BBC” stood for “Base Ball Club” – the two-word phrase later changed to “baseball” in 1884. 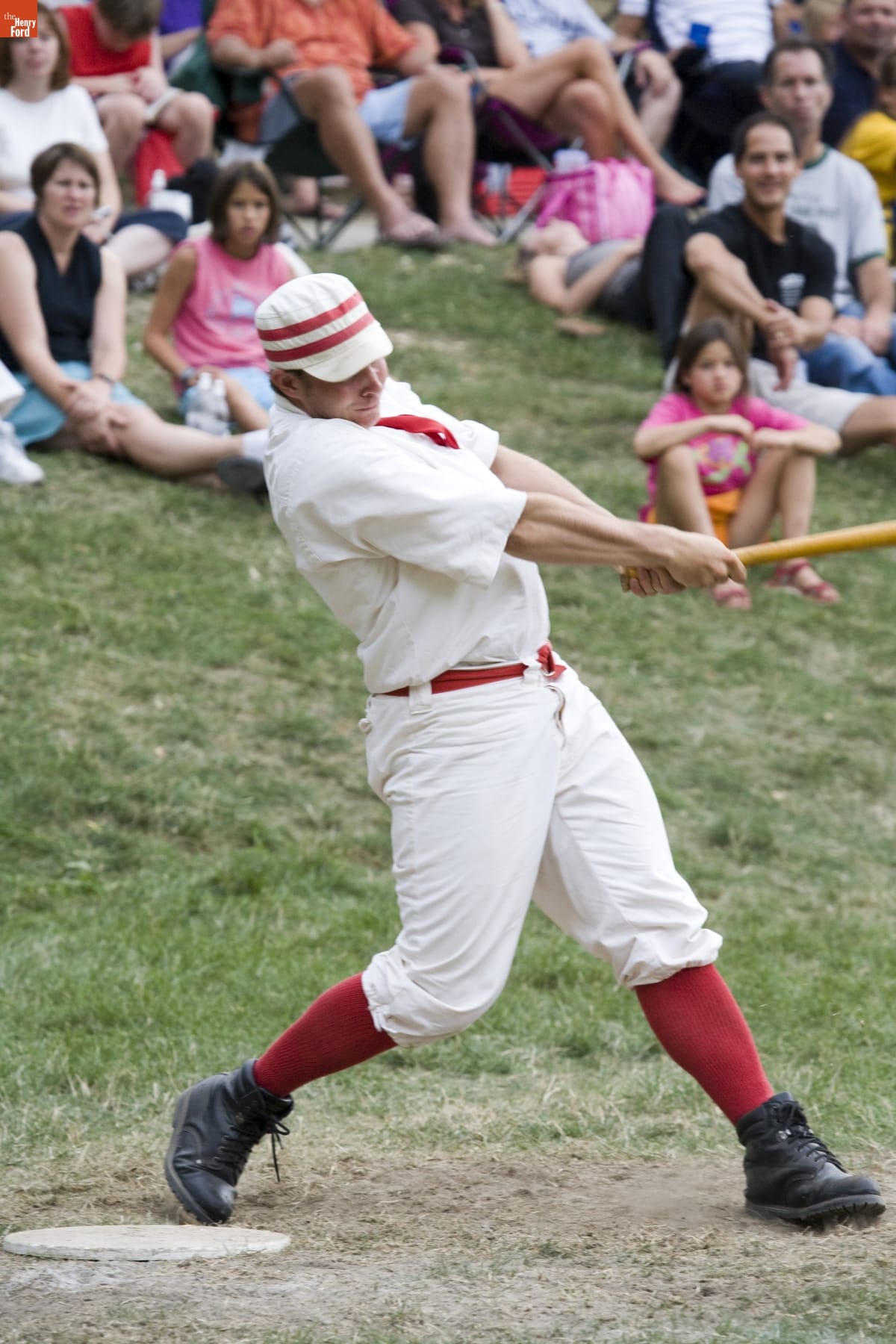 In 1867, Detroit hosted the World Base Ball Tournament. To commemorate this event, Greenfield Village hosts the World Tournament of Historic Base Ball every summer—one of the finest exhibitions of historic base ball in the country, playing by 1867 rules.

Unfortunately, due to the COVID-19 pandemic, the World Tournament of Historic Base Ball was canceled last year, but it will be back in 2021! Until then, you can learn more about historic baseball at Greenfield Village by watching this video.

From children playing a pick-up game to organized games between companies and clubs, baseball has become a beloved form of recreation. Hope you get a chance to play—or watch—a game this season! 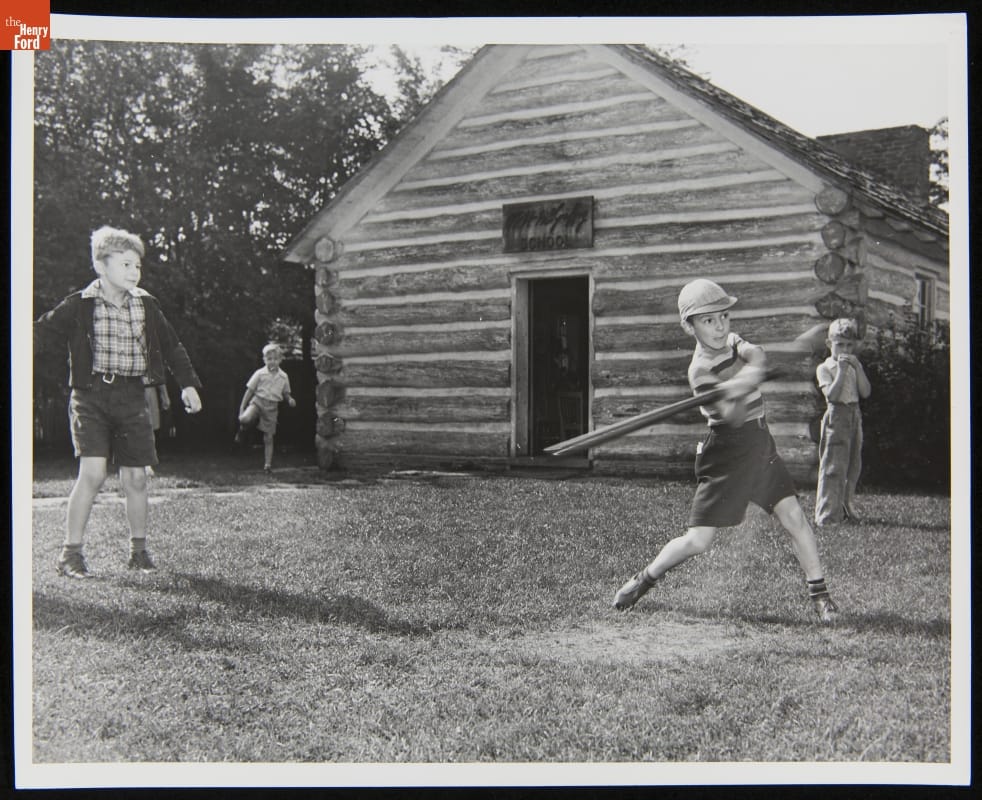 
Samantha Johnson is inHub Social Media Specialist at The Henry Ford. This post is adapted from a Twitter chat Samantha put together in her previous role of Project Curator for the William Davidson Foundation Initiative for Entrepreneurship at The Henry Ford.