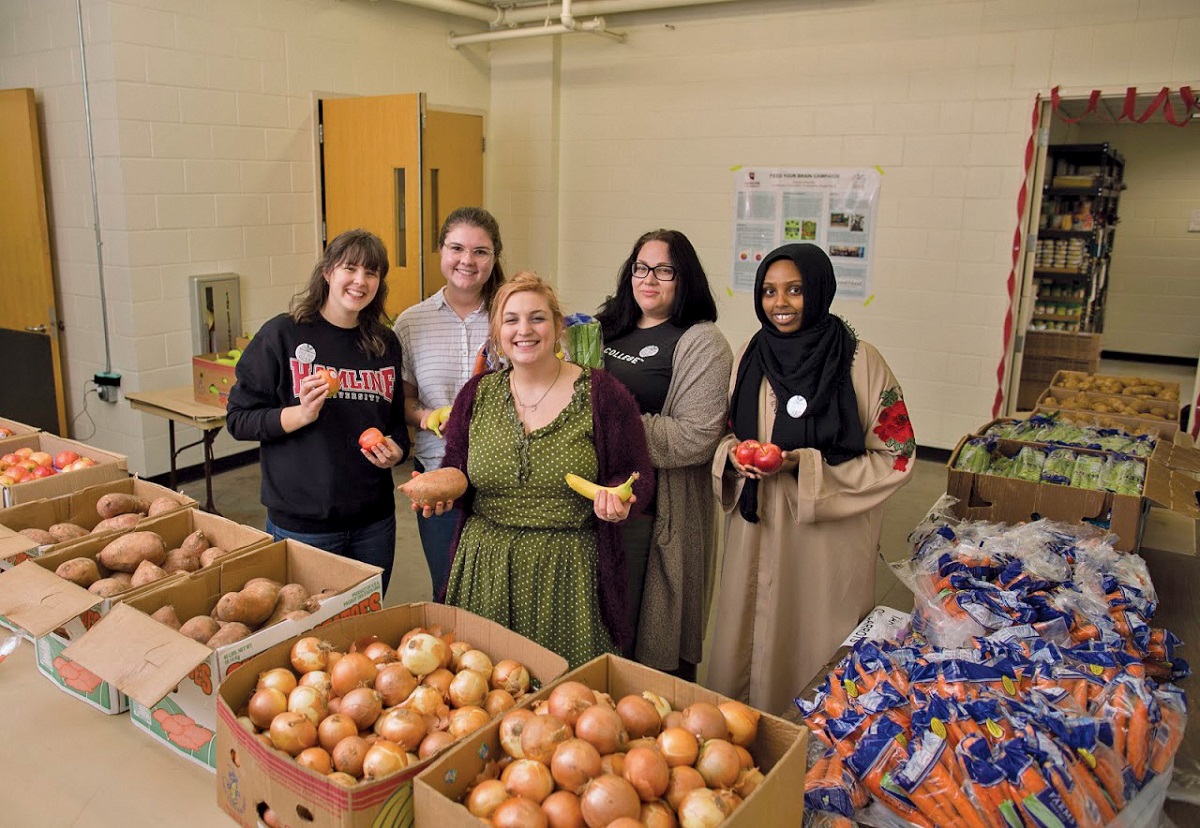 On October 26, 2017, students of Twin Cities–based Hamline University left work and class to flock to a few benches in a campus parking lot where more than 2,000 pounds of nonperishable food items were stacked. “We ran out in 30 minutes,” recalled An Garagiola-Bernier. A sophomore at the liberal arts school at the time, she organized the donation event, called Feed Your Brain, with fellow students Elise Hanson and Emma Kiley.

Even if the administration couldn’t see it, these three became acutely aware of food insecurity at Hamline after a sit-in over immigration laws earlier that year. “Students posted about immigration laws being changed, and some testified to experiencing so much hunger it was affecting their ability to learn,” said Garagiola-Bernier. 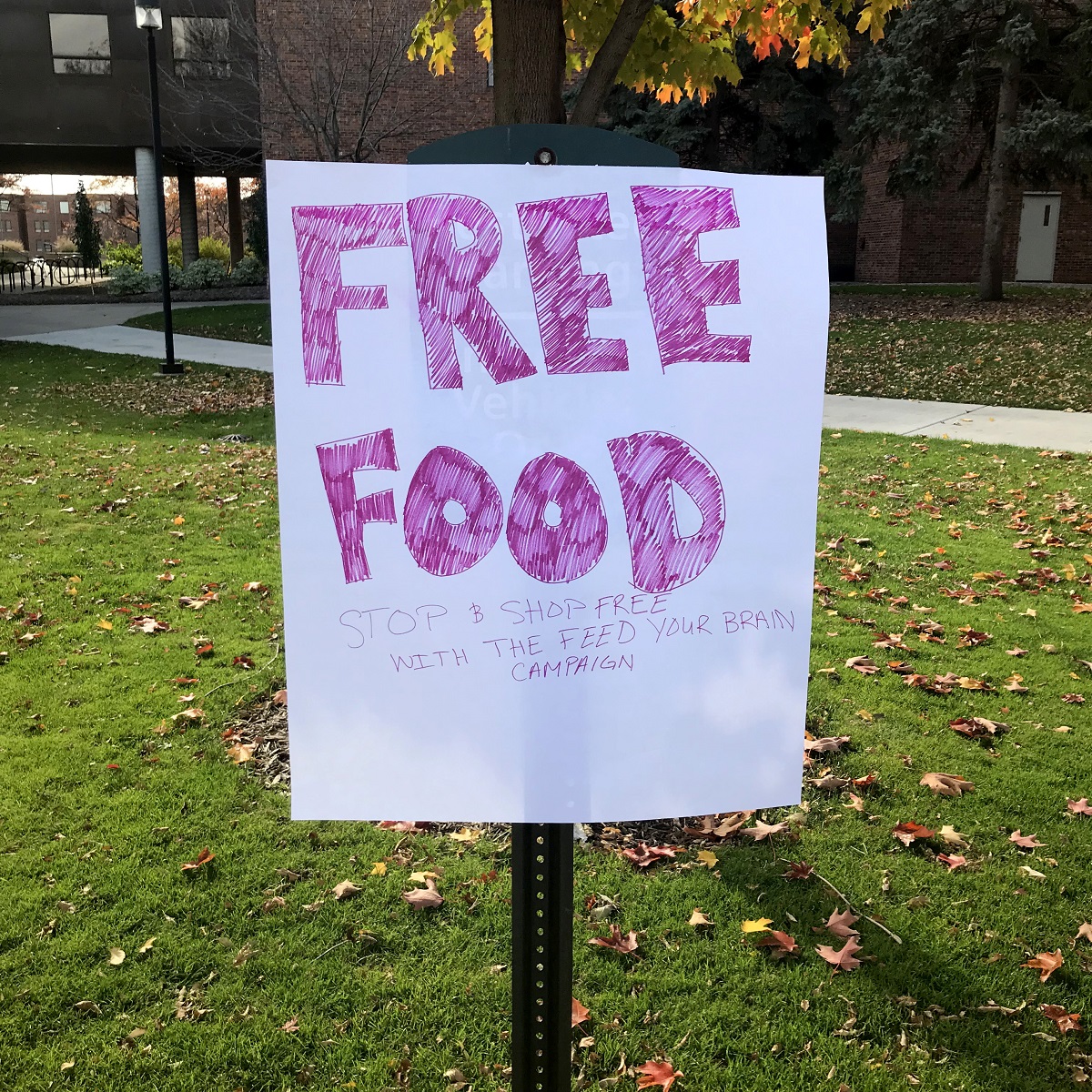 The three friends wanted to dig deeper. They sent a survey to all undergrads to assess how food insecurity was affecting them, and included questions that addressed sourcing culturally appropriate food and healthy options for those with allergies or chronic conditions. “They were questions nobody was asking but students were really concerned about,” said Garagiola-Bernier.

Of the nearly 360 students who responded, 76% admitted to having trouble accessing food, and findings revealed heavier insecurity among Muslim, Hispanic, trans, and gay/lesbian students.

“We wanted to make the administration, and even the general public, aware that food insecurity is a profound indicator of poverty on college campuses,” said Garagiola-Bernier. “And if someone is food insecure, they’re also likely housing insecure or experiencing trouble with utilities or health care services.”

The findings contradicted Hamline’s reputation, and that of private college campuses in general, as places of privilege where food insecurity is an unexpected issue. “College students fall into a type of policy gap where they’re considered dependents of their parents. However, we know they’re living in financially independent situations,” said Garagiola-Bernier.

The first free food pop-up more than proved that, and a second one was held a month later. Feed Your Brain pop-ups continued monthly over the next two academic years (some intentionally set up in front of administration offices), and the founders continued to research food justice and work with faculty to help find a home for a food pantry. 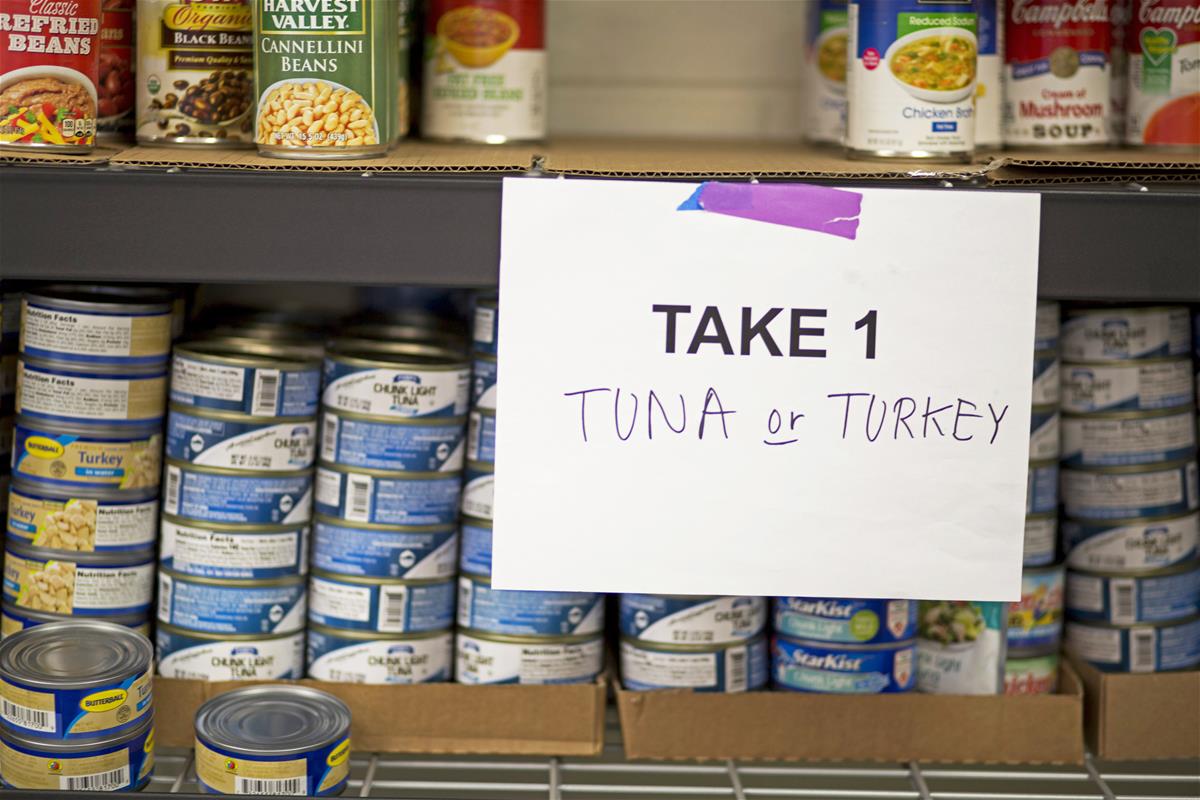 Photo by Sabrina Merritt / The Oracle

“It was relentless advocacy and action first, and then asking for forgiveness later if we broke the rules,” said Garagiola-Bernier.

It was important for the pop-ups to offer students access to nonperishable, non-commodity foods and fresh produce. Not only do all three founders suffer from dietary health issues, but Garagiola-Bernier, a descendent of the Bois Forte Band of Chippewa, has seen the effects of unhealthy foods. “Being a Native woman, food sovereignty is a big issue,” she said. “Being able to choose what goes into your body and the repercussions of that, whether good or bad, and not just have commodity foods switched on you is vital. I’ve seen how having access only to unhealthy foods leads to extreme health conditions.”

In 2019, Feed Your Brain found a permanent home with the help of Kiley, who became the first campus food access AmeriCorps VISTA (Volunteer in Service to America), and the organization started hosting dinners and discussions on topics like the stigma of food insecurity. “It was a space where students could have meaningful conversations around topics that are hard to talk about,” said Kiley, who has since graduated and passed the reins of VISTA on to fellow student Sophia Brown. 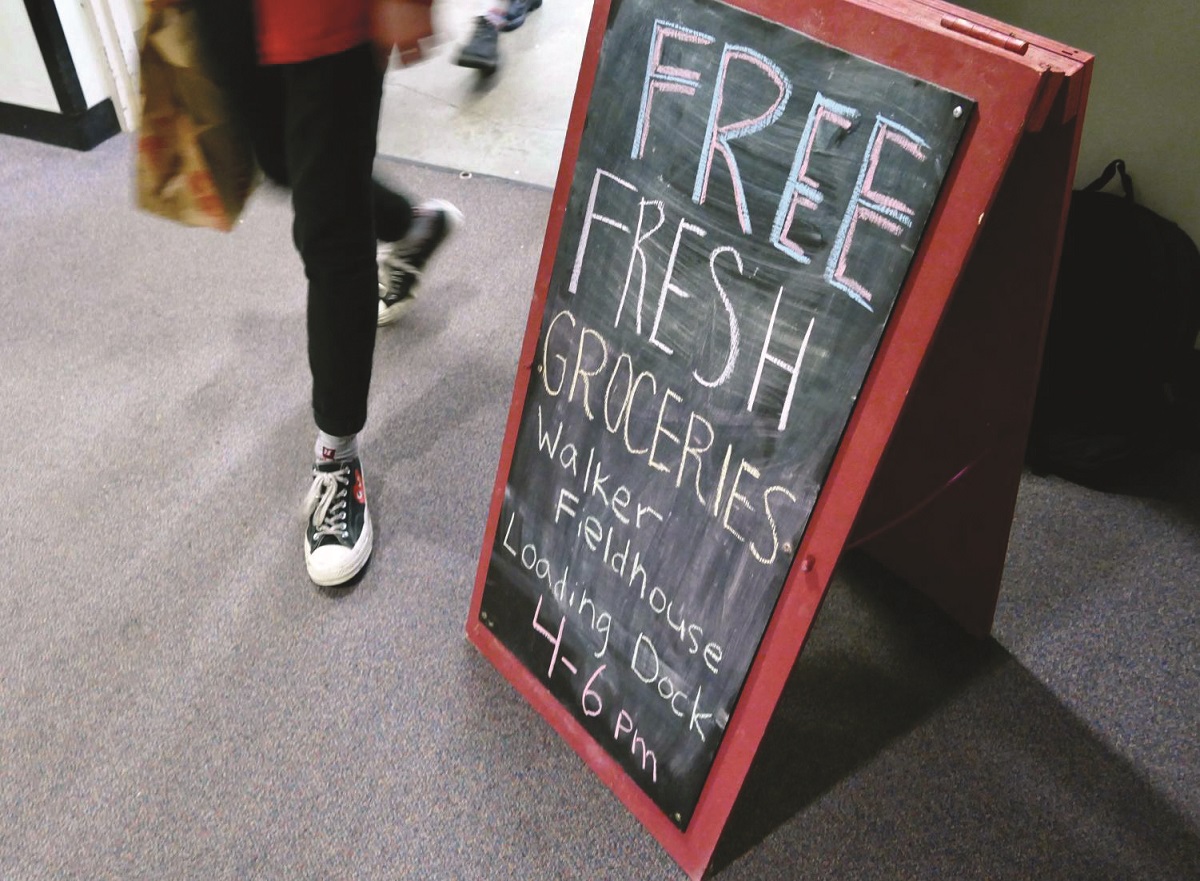 This year’s survey solidified the importance of those conversations as a 15% increase in food and financial insecurity was seen among students since COVID-19 hit.

“When we started, food was the easiest entry point into this work. But at its core, it’s always been more about justice and reparations, and we used food to have those conversations,” said Kiley. “There’s a high percentage of students that are food insecure, but it’s about more than that. We have to change the way we think about distributing food so it’s more about caring for your neighbor and less about feeling bad for people or stigmatizing experiences.”