We don’t generally associate Star Trek with historic automobiles (or, for that matter, with any automobiles). The classic original series is set circa 2265-2269, nearly 360 years after the first Model T rolled out of Ford’s Piquette Avenue Plant. By all evidence, Federation citizens in the 23rd century are content to get around by spaceship and shuttlecraft (with the notable exception of the Jupiter 8). But who can blame them for not driving? After all, we’re talking about a universe in which teleportation is a thing. But Star Trek isn’t an entirely auto-free zone. Through the clever storytelling devices of science fiction, Kirk, Spock, and McCoy encounter multiple 20th century American cars over the course of the show.

Ask fans to name their favorite episodes and you’ll likely hear “The City on the Edge of Forever” mentioned several times. The romantic yarn, which closed the first season, finds the crew of the Enterprise in a time-traveling misadventure. Dr. McCoy, less than lucid after an accidental overdose of medication, charges through a temporal gateway into New York City circa 1930. Kirk and Spock follow their ailing comrade and discover that McCoy has inadvertently altered history with serious consequences. Our heroes manage to put things right, but not without considerable anguish on Kirk’s part. 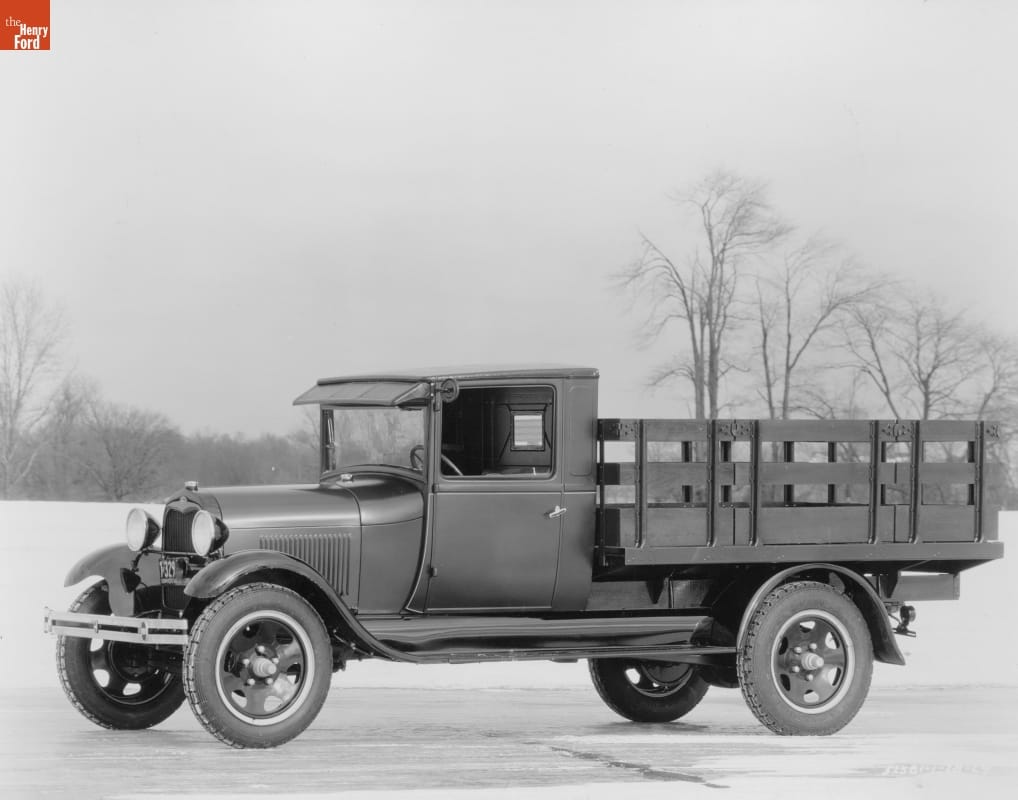 The episode features several period automobiles including a 1930 Buick, 1928 and 1930 Chevrolets, and a circa 1930 Ford Model AA truck. Most are in the background, but a 1939 GMC AC-series truck plays a crucial part in the story. In fact, it’s not too much to say that the whole plot depends on it. (Beware of the spoiler at this link.) No, a ’39 truck has no business being on the streets of New York in 1930, but we’ll just let that slide.

The crew returns to a circa 1930 setting in the memorable season two episode “A Piece of the Action.” But this time they’re not on Earth. The Enterprise arrives at the planet Sigma Iotia II, last visited by outsiders before implementation of the Federation’s sacrosanct Prime Directive – barring any interference with the natural development of alien cultures. Kirk and company discover that the planet was indeed contaminated by those earlier visitors. They left behind a book on Chicago gangsters in the 1920s, and the Iotians – a society of mimics – have modeled their planet on that tome, with the expected chaotic results. 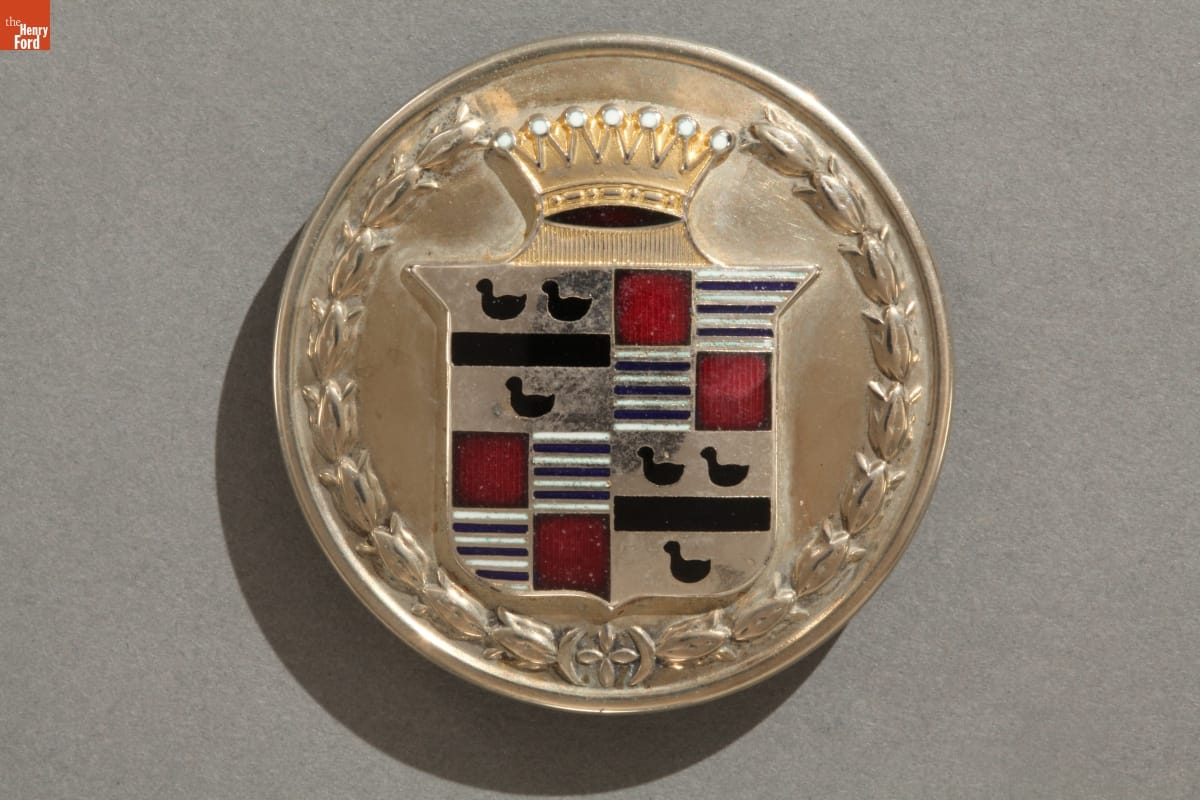 Those industrious Iotians somehow managed to replicate a host of 1920s and 1930s American cars. Look for a 1929 Buick, a 1932 Cadillac V-16, and a 1925 Studebaker in the mix. But the star car undoubtedly is the 1931 Cadillac V-12 used by Kirk and Spock. It’s one of the few times you’ll see Kirk drive, and it makes for one of the episode’s more amusing scenes. Give one point to Spock for knowing about clutch pedals, but take one point away for his referring to the Caddy as a “flivver.” One could quibble with ’30s cars appearing in a ’20s setting – but one should also remember that this isn’t Earth. We can’t expect the Iotians to get all the details right!

It’s also worth taking a look at season two’s final episode, “Assignment: Earth.” The Enterprise travels back in time to 1968 to conduct a little historical research on Earth. They cross paths with the mysterious Gary Seven, an interstellar agent on a mission of his own to prevent the launch of an orbiting missile platform that will – apparently – lead to nuclear war. It sounds like something right out of “Star Wars.” (No, not that Star Wars, this “Star Wars.”) 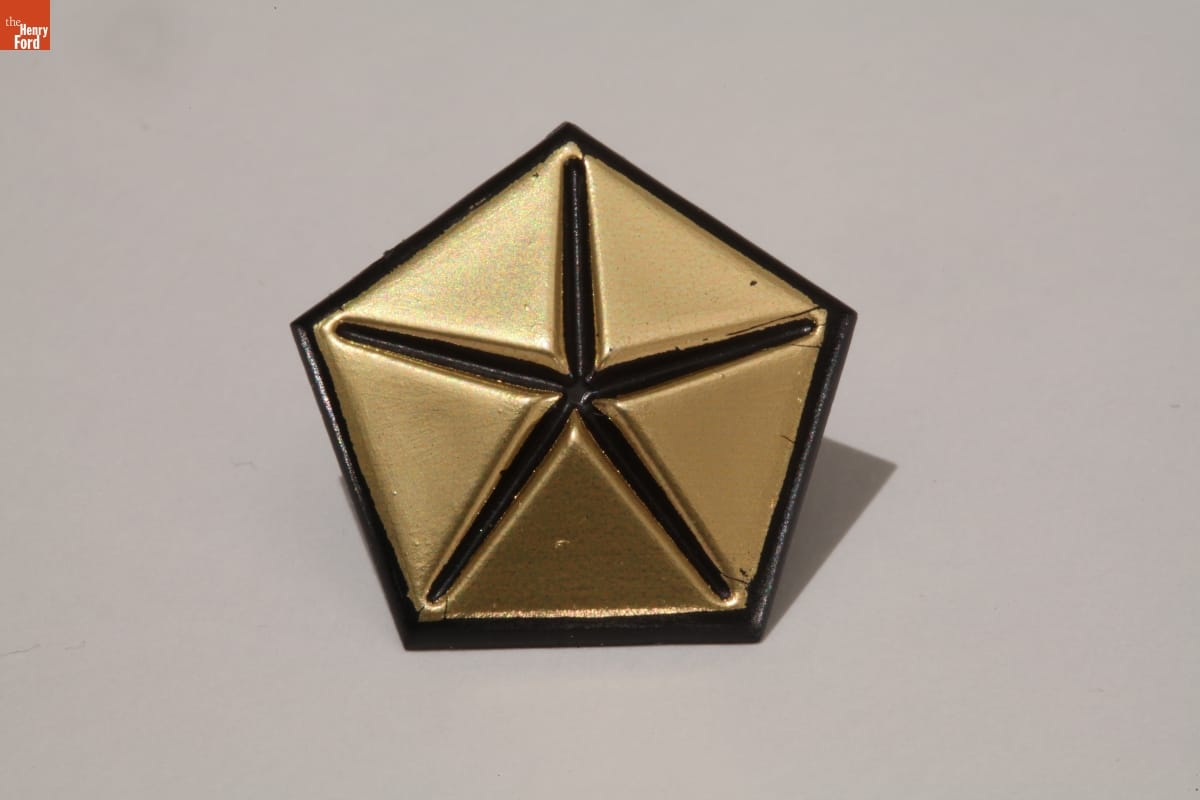 Based on the Department of Defense cars seen in “Assignment: Earth,” it seems the Pentagon prefers Plymouths. Now why could that be? (THF150740)

It’s all very complicated, but it provides another opportunity to see some vintage wheels. (Well, vintage to us and to the Enterprise crew. To TV audiences in 1968, these were contemporary cars.) Pay attention and you’ll spot a number of government agency vehicles including a 1963 Plymouth Savoy, a 1967 Dodge Coronet, and a 1968 Plymouth Satellite (the latter being particularly apropos for a space series). For those who aren’t Mopar fans, look quickly and you’ll also spy a 1966 Ford Falcon in the episode.

Okay, so no one will ever confuse Star Trek with Top Gear. But, if you keep your eyes peeled, every now and then you’ll find a little gasoline to go along with all of that dilithium. After all, sometimes the boldest way to go is the oldest way to go.