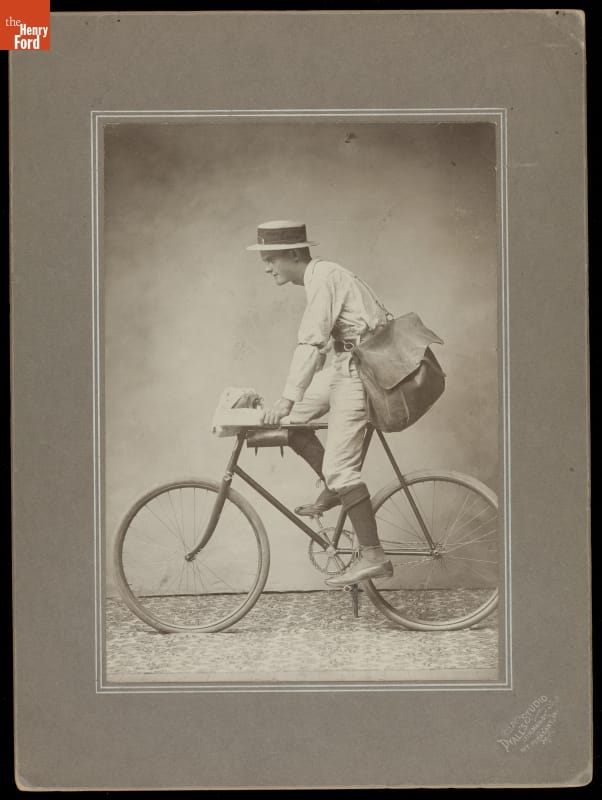 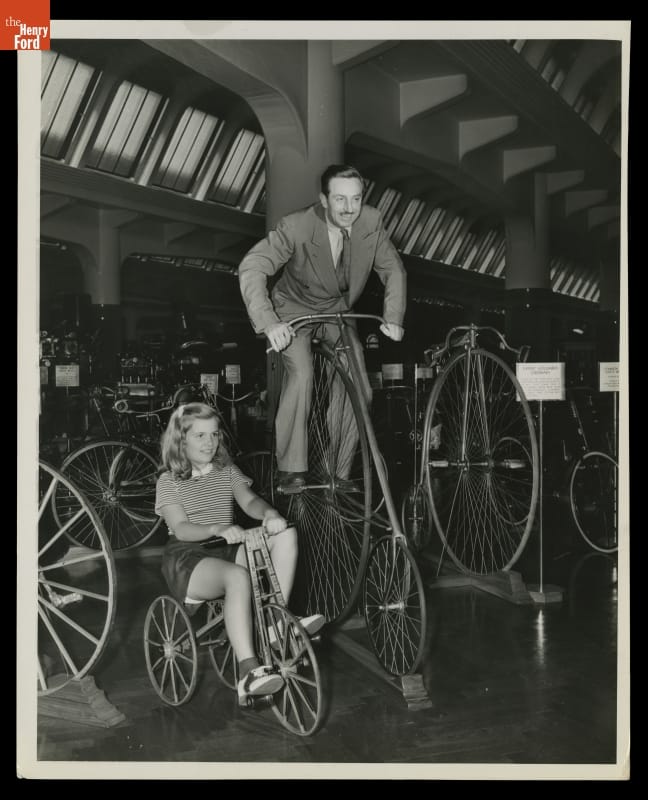 Here at The Henry Ford, bicycles are a big part of our staff members' work day, from our employees arriving by bike to our campus in the morning to using antique bikes to travel around Greenfield Village during the day as part of their daily routines. Online, our digital collections offer hundreds of artifacts all related to bicycles, from photos of bicycle races to a shot of  Walt Disney trying out a high-wheel safety bicycle inside Henry Ford Museum in the 1940s, shown above, to this 1869 miniature bicycle used by Tom Thumb. 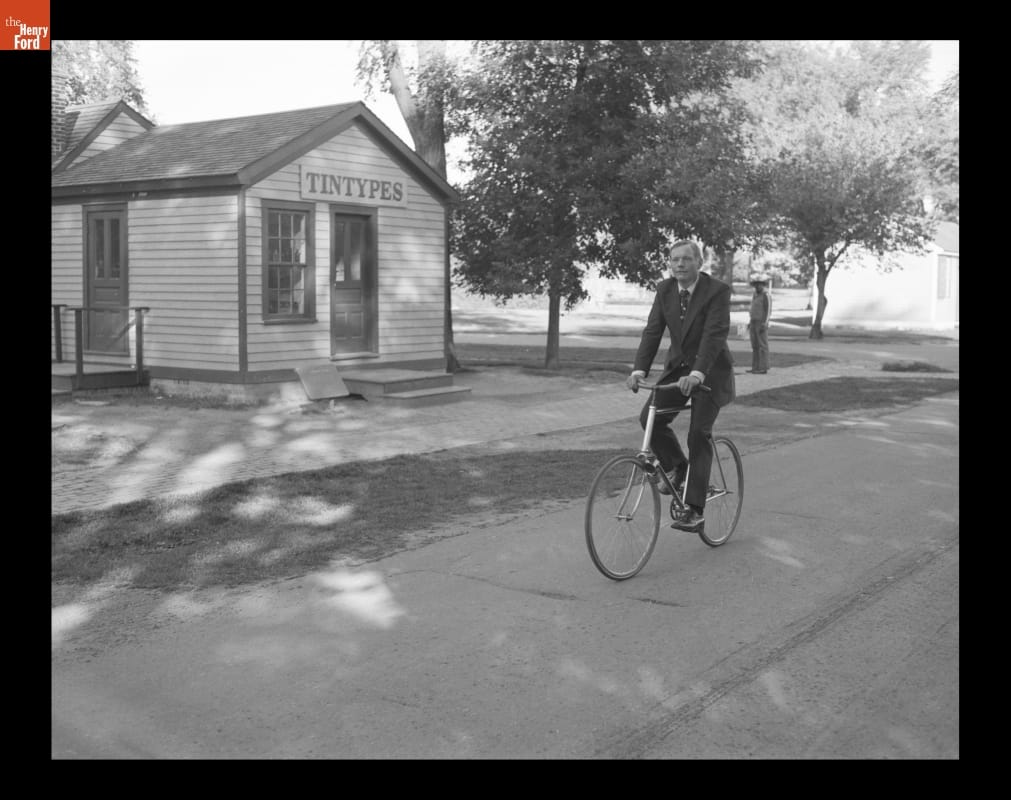 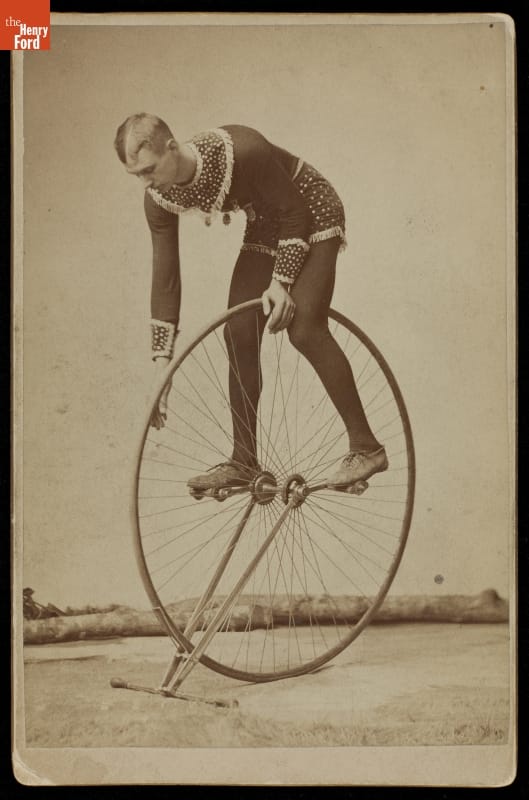 Trick cyclist Nicholas Kaufman is an example from our collections of someone who made biking his daily work. He was a world famous trick bicyclist in the late nineteenth and early twentieth centuries. In this 1884 photograph, found by our own Brian Wilson, Digital Access & Preservation Archivist for Archives & Library Services at The Henry Ford, Kaufmann balances on a monocycle -- one of many wheeled props he used to entertain audiences. He won numerous medals for his mastery of the bicycle. A showman as well as an athlete, he later traveled the theater circuit and managed other bicycle acts.

Take a look within our digital collections and some bicycle research of your own - what's your favorite find? - as we celebrate a month celebrating all-things bicycle.