Many experts describe entrepreneurship as the act of launching and managing a business venture. Those who establish these businesses are called entrepreneurs – but what does it really mean to be an entrepreneur? 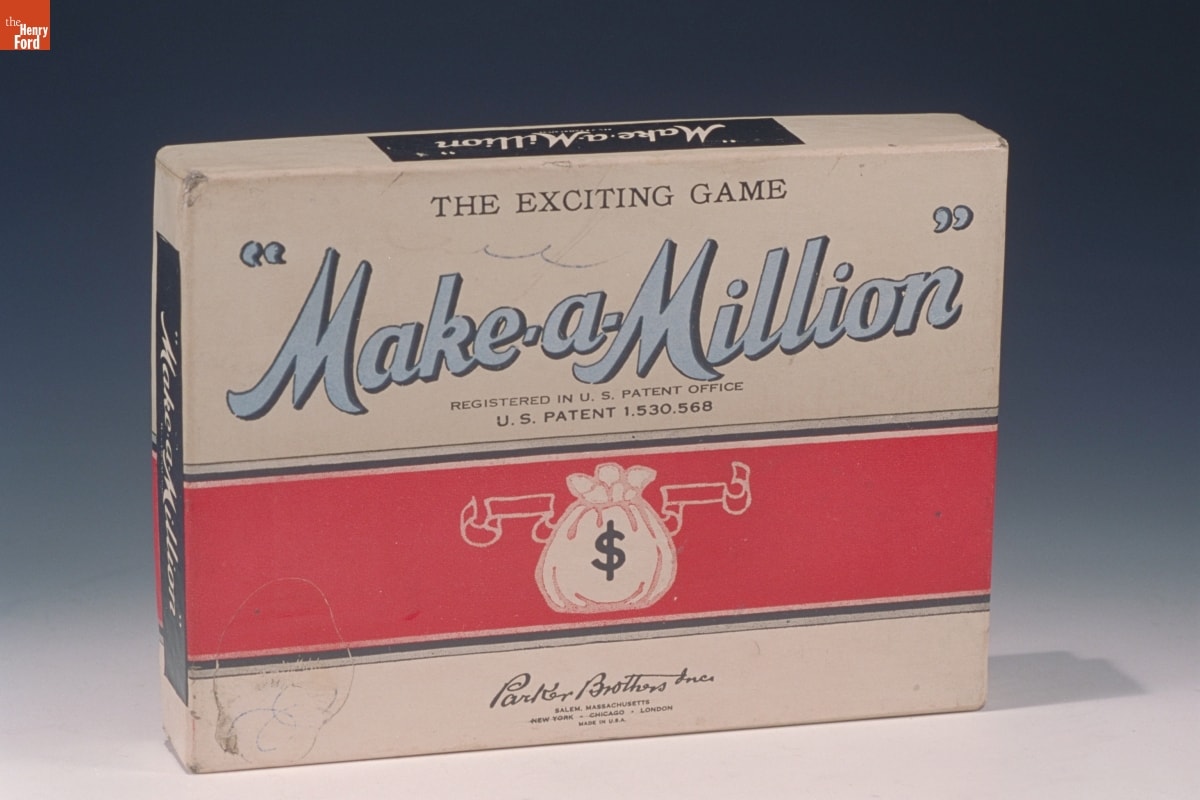 The Parker Brothers honed their own entrepreneurship skills as they became a household name in the board game industry. Their “Make-a-Million” was a card game from the 1930s in which teams competed to win “tricks,” vying to become the first to reach one million dollars. THF91890

With the recent launch of the William Davidson Foundation Initiative for Entrepreneurship, The Henry Ford hopes to become a recognized resource for the next generation of entrepreneurs and innovators. Through a $1.5 million grant, the institution-wide initiative will support the creation of a Speaker Series, youth programming, workshops, and Innovation Labs, which focus on cultivating an entrepreneurial spirit for the entrepreneurs of today and tomorrow. Additionally, four Entrepreneurs in Residence (EIRs) – beginning with local urban farmer Melvin Parson – will foster entrepreneurial learning for both youth and adults by engaging the EIR’s expertise in a project that connects The Henry Ford and the broader entrepreneurial community. Lastly, as a part of its commitment to connecting to and inspiring future entrepreneurs, the Initiative for Entrepreneurship will highlight the entrepreneurial stories within our collections. As Project Curator, I will work with Project Collections Specialist-Cataloger Katrina Wioncek and Project Imaging Technician Cory Taylor, as well as other staff from The Henry Ford, to identify and provide access to these stories through our Digital Collections and related content, including blog posts like this one. 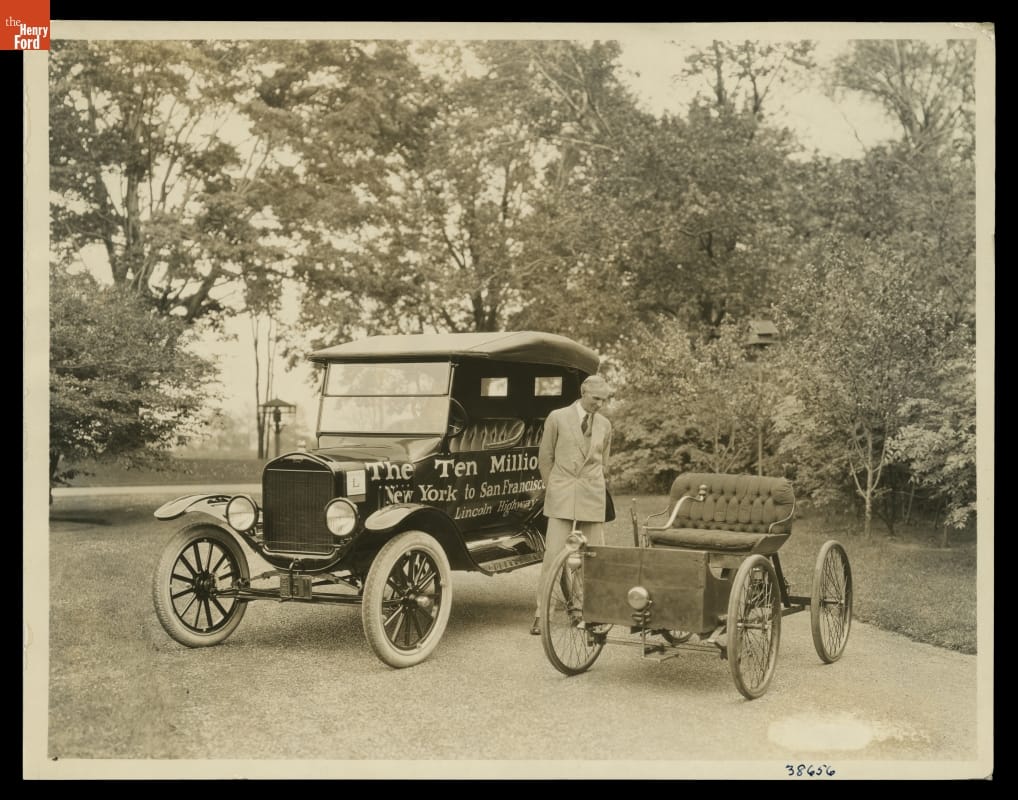 The Henry Ford’s founder and namesake is one of the best-known American entrepreneurs. Persisting through multiple failures, Ford revolutionized the automotive industry and built a lasting enterprise in the Ford Motor Company. This 1924 photograph shows Ford posing in front of his first automobile – the 1896 Quadricycle – and the ten-millionth Model T to roll off the assembly line. THF113389

When I joined the project in January, my first task was to define “entrepreneur.” This proved to be challenging, as a simple Internet search produced dozens of definitions and interpretations. I soon discovered that the reason for the discrepancy is that there are several different categories of entrepreneurship, but the many sources I referenced agree on two points: all entrepreneurs launch and manage their own business and take on financial risks in creating that business. 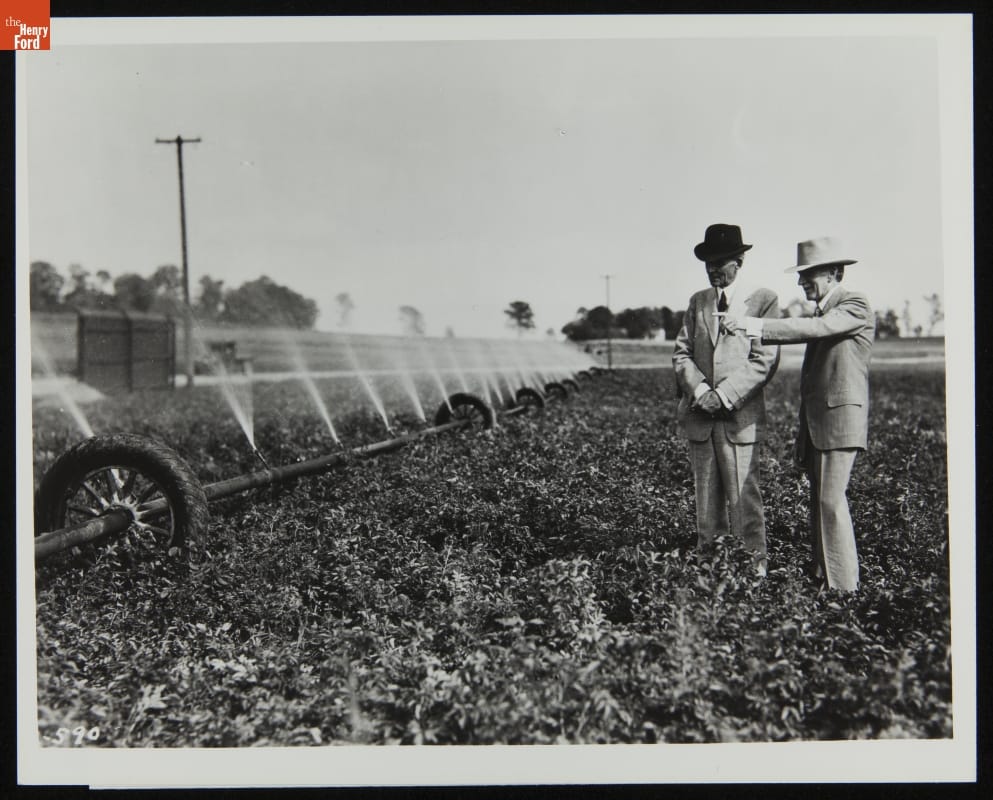 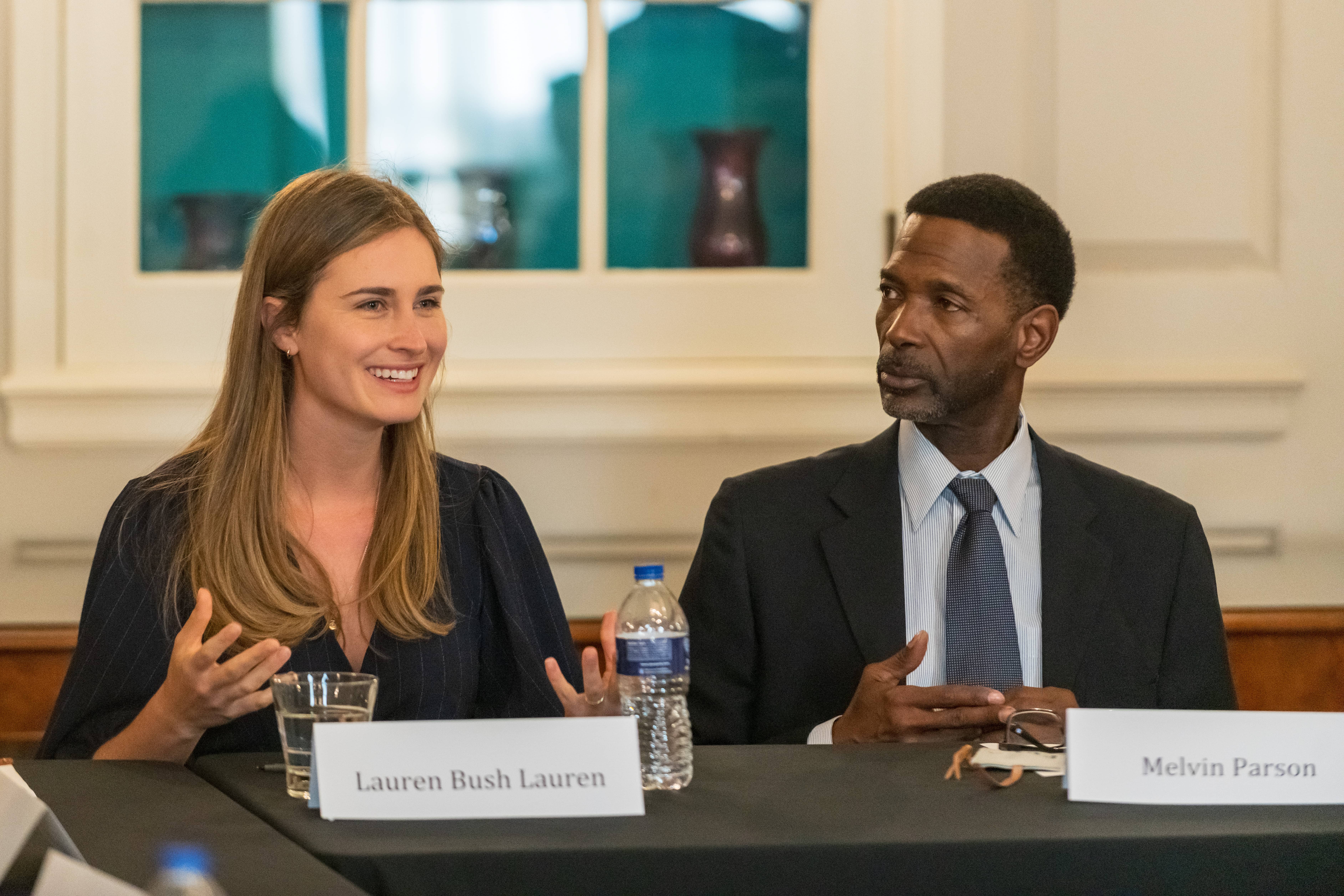 Social entrepreneur Lauren Bush Lauren was the first speaker in the William Davidson Foundation Initiative for Entrepreneurship Speaker Series. Lauren spoke about her business, FEED Projects, which seeks to tackle world hunger. Proceeds from her line of handbags and accessories provide meals to schoolchildren around the globe.

Throughout the two-year initiative we will highlight stories from our rich and varied collections that demonstrate the characteristics that entrepreneurs share. To name a few, entrepreneurs are creative thinkers, resourceful, passionate, highly motivated, willing to take risks, and able to persevere through hardship. 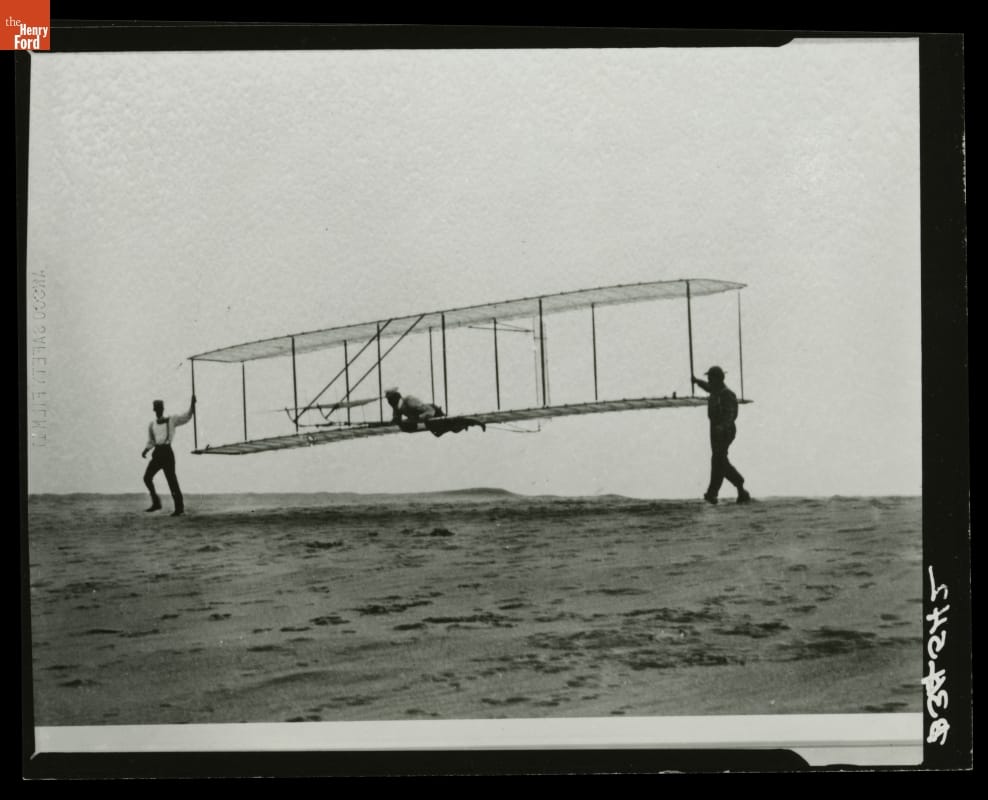 The Wright Brothers were fantastic inventors – their greatest invention being the first powered, controlled airplane. But the Wrights were better inventors than entrepreneurs as they never found great success in the manufacture or sale of their airplanes. An entrepreneur is tenacious and will do whatever it takes to see their plan through, regardless of setbacks and barriers. THF112405 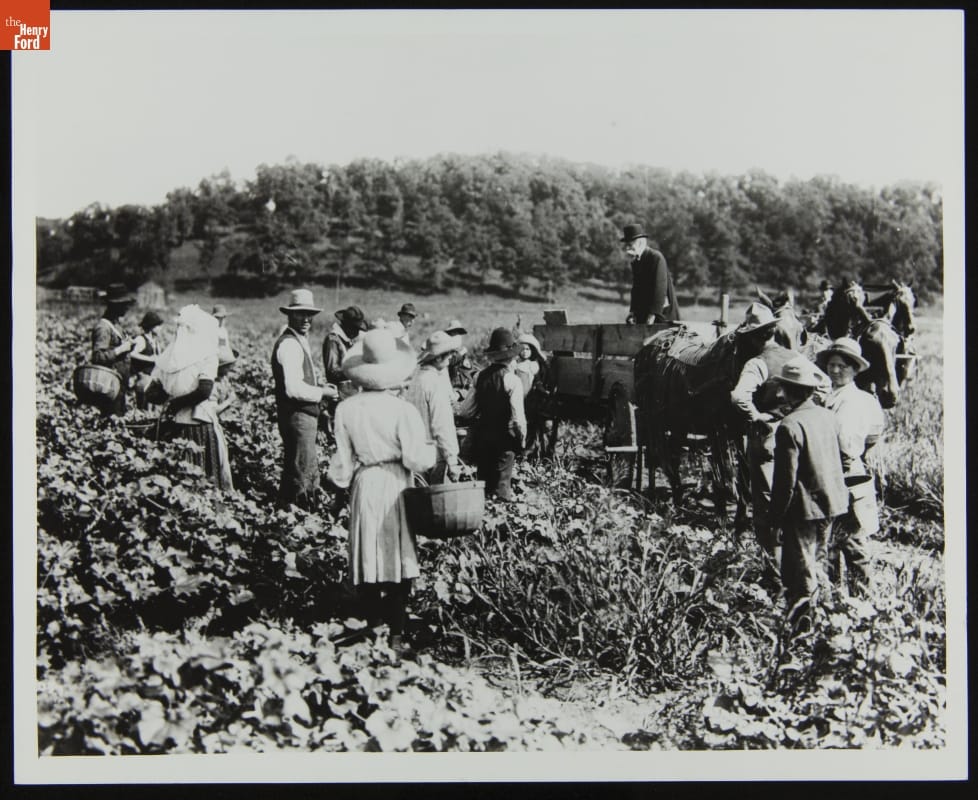 Henry J. Heinz transformed the eating habits of late 19th– and early 20th—century America. He was passionate about providing a quality product and supported a strong working relationship with his employees. Here Heinz is in a cucumber field encouraging and motivating his workers. THF275188 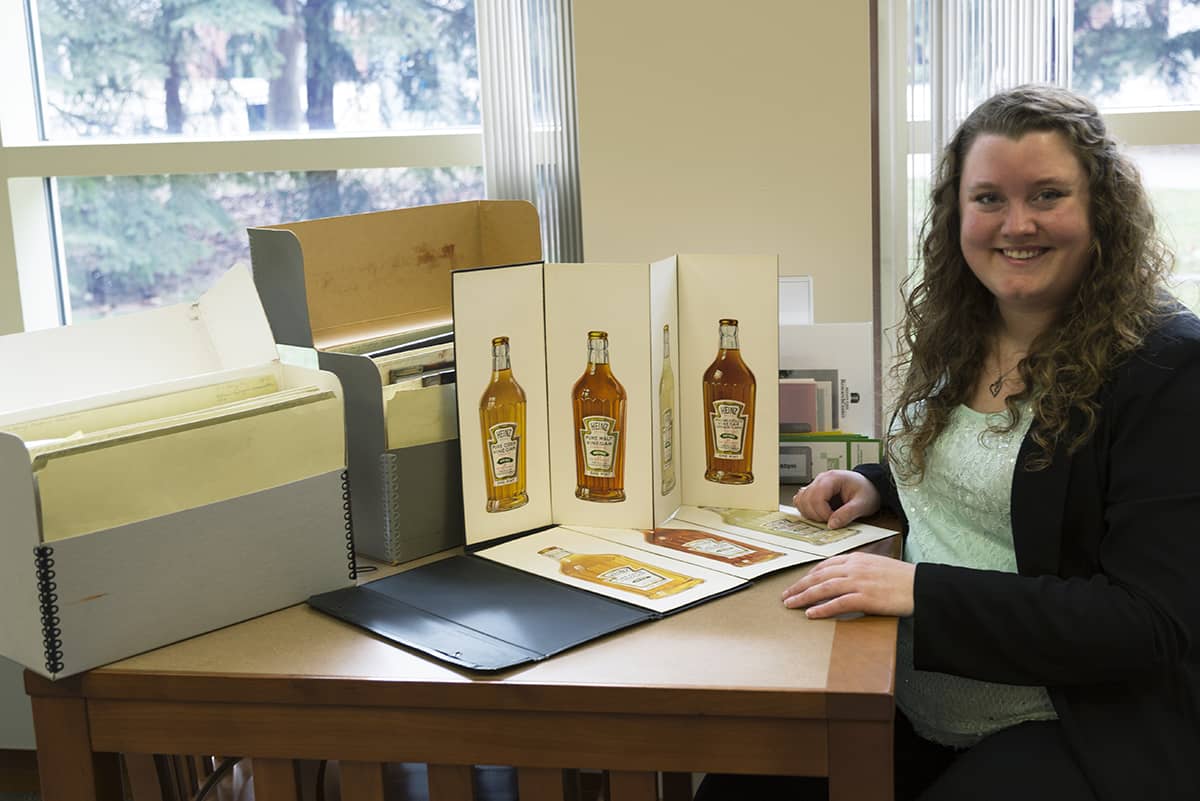 The first six months of the initiative will focus on Social Transformation within Agriculture and the Environment – two of our collecting areas that encompass transformative social change in the history of how we grow and experience food. In addition to digital content and other programs created by the grant, local urban farmer and social justice activist Melvin Parson will serve as our first Entrepreneur in Residence, allowing us to connect these ideas to our community. Stay tuned over the next several months as we digitize related archival material and publish new entrepreneurial digital content!

Samantha Johnson is Project Curator for the William Davidson Foundation Initiative for Entrepreneurship at The Henry Ford Museum of American Innovation.