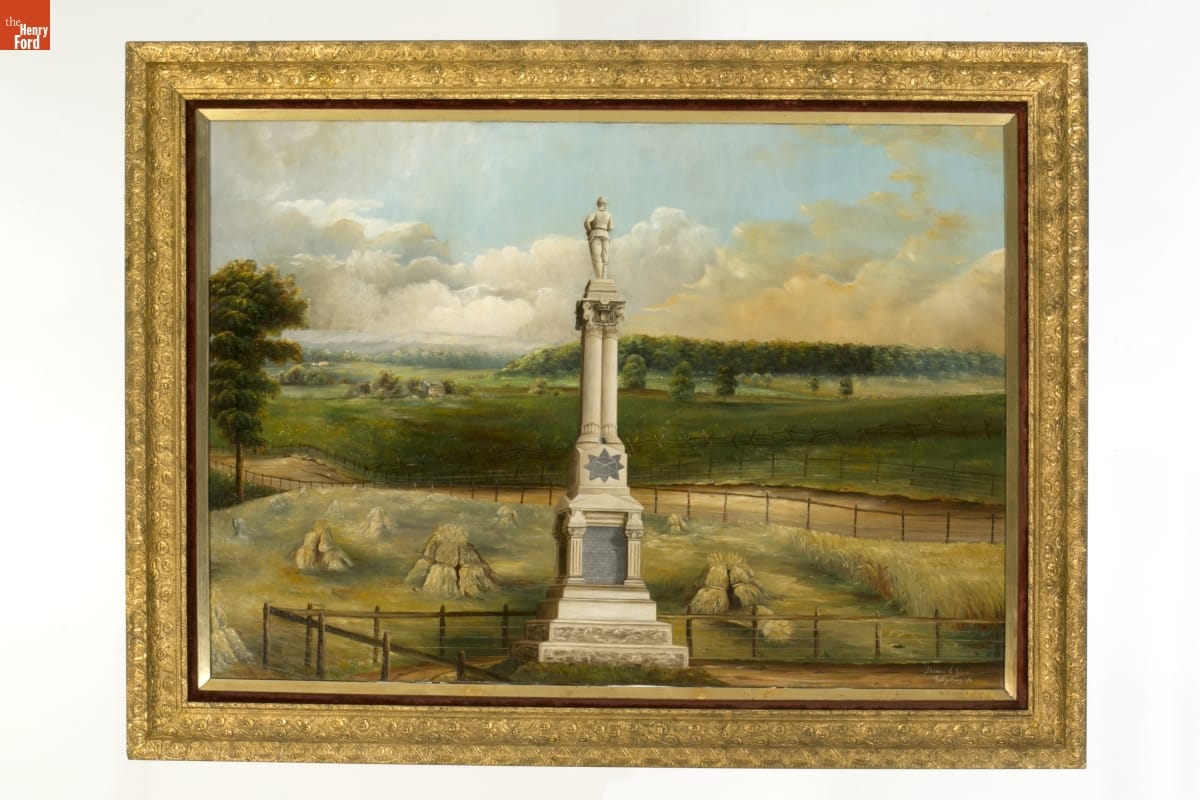 The Gettysburg battlefield monument depicted in this painting honors the Michigan Cavalry Brigade. The figure of the soldier looks out over the field where this famed unit fought fiercely on July 3, 1863 to help assure Union victory on the final day of the Battle of Gettysburg. Their commander was 23-year-old Brigadier General George Armstrong Custer, promoted only three days before. Gettysburg was the Michigan Brigade's first major engagement.

This "Wolverine Brigade" fought in every major campaign of the Army of the Potomac, from Gettysburg to the Confederate surrender at Appomattox Court House in April 1865. A number of the surviving veterans were present at the monument's dedication in Gettysburg on June 13, 1889.

Jessie Zinn created this painting of the monument soon after. Did a proud Michigan Brigade veteran ask the 26-year-old Gettysburg artist to paint it? Did Michigan veterans commission the artwork to hang in their local Grand Army of the Republic (G.A.R.) Hall?To learn more about Jessie's story, take a look at this special visit To Henry Ford.