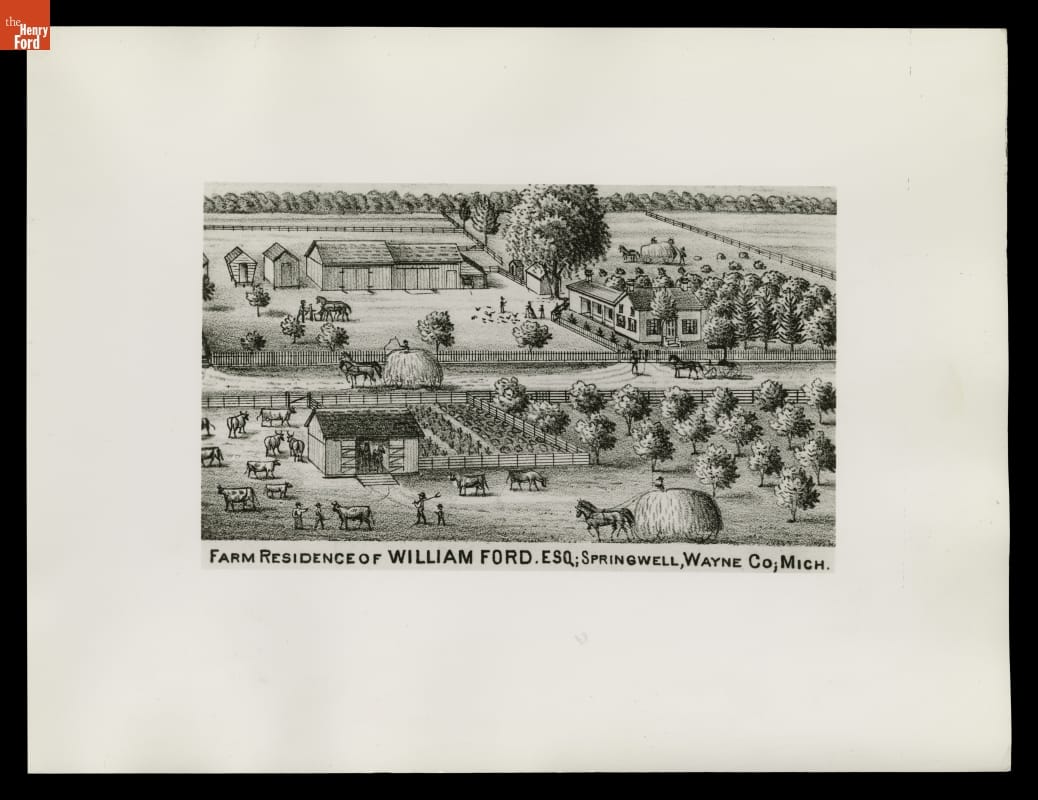 Farm families in the late 1800s often maintained orchards. Just a couple of apple, pear, plum, or cherry trees could ensure a varied diet and foodstuffs to preserve for winter. And those with land to spare could raise enough excess produce to bring to market.

William Ford, Henry Ford’s father, raised apples for market on his Dearborn, Michigan, farm. The image above, from an 1876 county atlas, shows orchard trees, and the 1880 census of agriculture (collected by the census taker in the summer of 1879) reported 200 apple trees on 4½ acres of the Ford farm—a number that would produce apples well beyond the Ford family’s needs.

Forty years later, apple trees remained part of the landscape at the farmhouse, which was restored by Henry Ford in 1919. Ford’s historical architect, Edward Cutler, drew a map that situated the homestead among outbuildings and trees. It’s difficult to make out, but Cutler identified three varieties of apple trees there—Wagner, Snow, and Greening—that were presumably grown during Henry Ford’s childhood.

At that time, illustrations from horticultural sales books and descriptions in period literature would have helped customers like the Fords determine what fruit tree varieties to buy. An 1885 book on American fruit trees described the Wagner as an early bearer of tender, juicy apples that could be harvested in November and keep until February. A nurseryman’s specimen book itemized the merits of the Snow, “an excellent, productive autumn apple” whose flesh is “remarkably [snow-]white, tender, juicy and with a slight perfume.” And an 1867 book touted the Rhode Island Greening as “a universal favorite” that bears an enormous fruit superior for cooking. 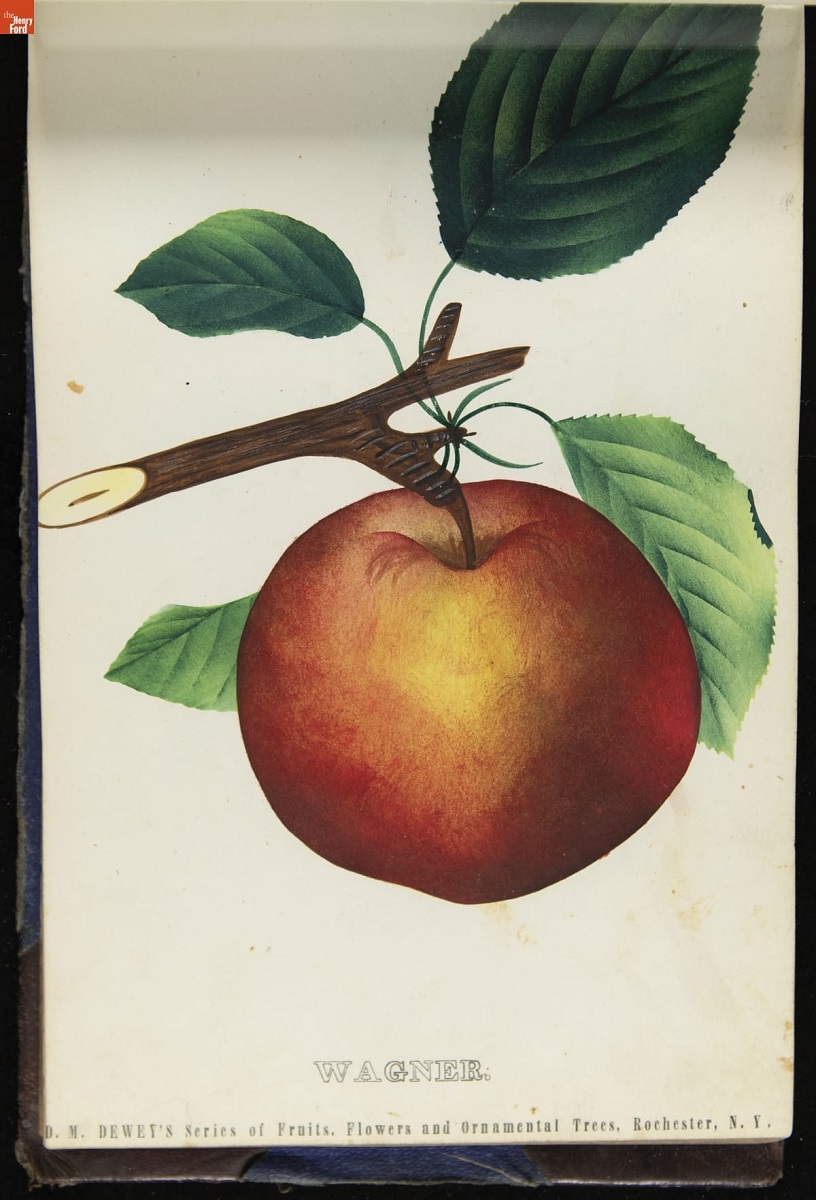 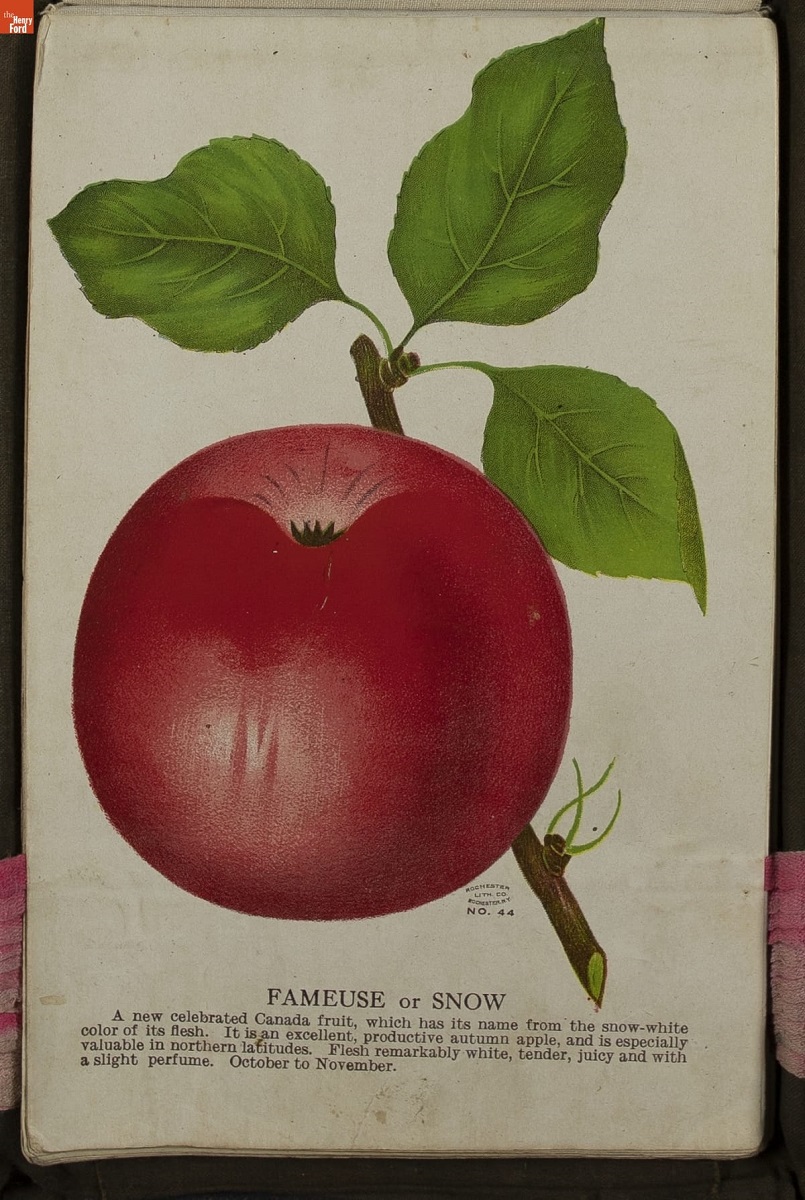 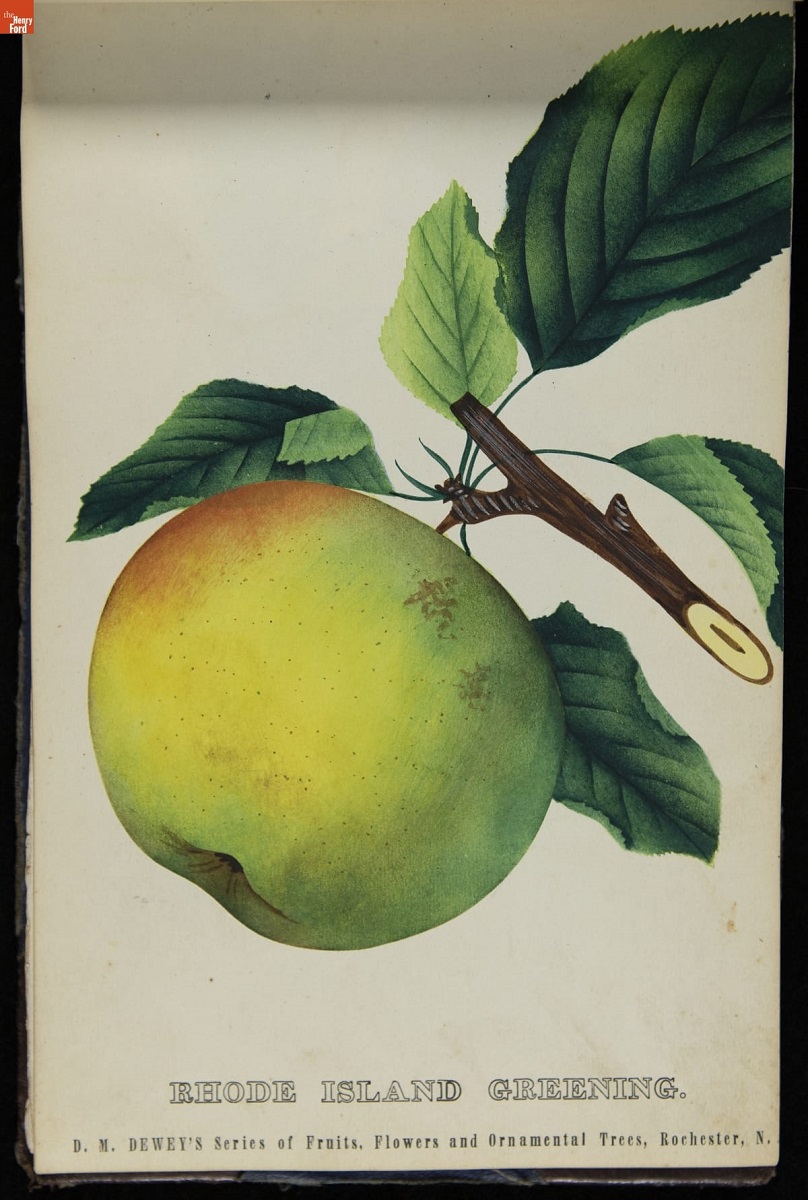 When Ford Home was relocated to Greenfield Village in early 1944, Edward Cutler made efforts to represent the surrounding vegetation as Henry Ford remembered it. He included apple trees, though age and condition took their toll on those plantings in the decades that followed. In 2019, The Henry Ford’s staff collaborated with Michigan State University’s Extension Office on a plan to keep the fruit trees of the historic landscapes throughout Greenfield Village healthy. Their strategy involved replacing heritage trees with young stock of the same variety. As part of this project, in April of that year, groundskeepers at The Henry Ford planted new Wagner, Snow, and Rhode Island Greening trees at Ford Home. 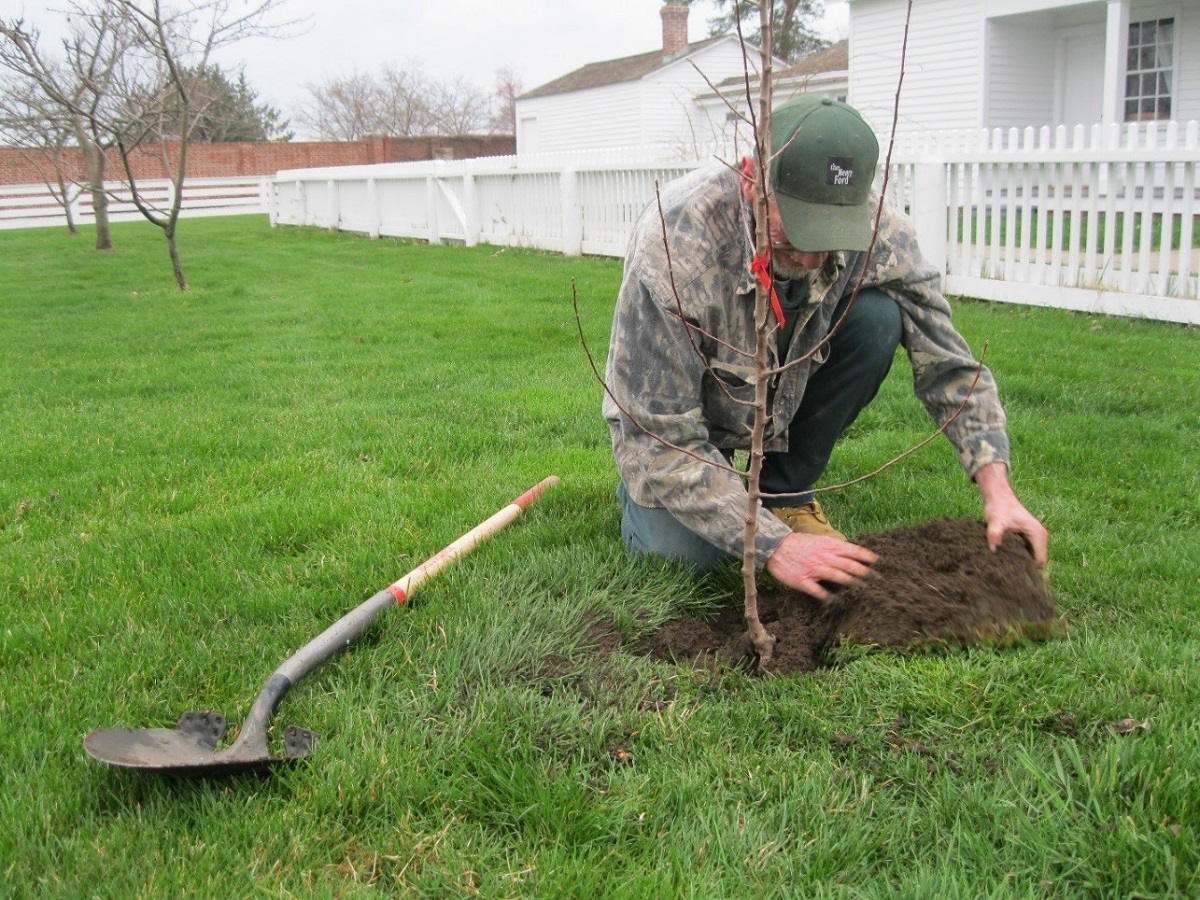 It will take as many as five years before these new trees bear fruit—as long as weather conditions and the trees’ health allow it—but in the meantime, visitors to Greenfield Village can walk the orchards to check on their progress!


Debra Reid is Curator of Agriculture and the Environment at The Henry Ford. This post was adapted for the blog by Saige Jedele, Associate Curator, Digital Content. It originally ran in a spring 2019 issue of The Henry Ford’s employee newsletter.