Lawns: The Deep Roots of an American Passion 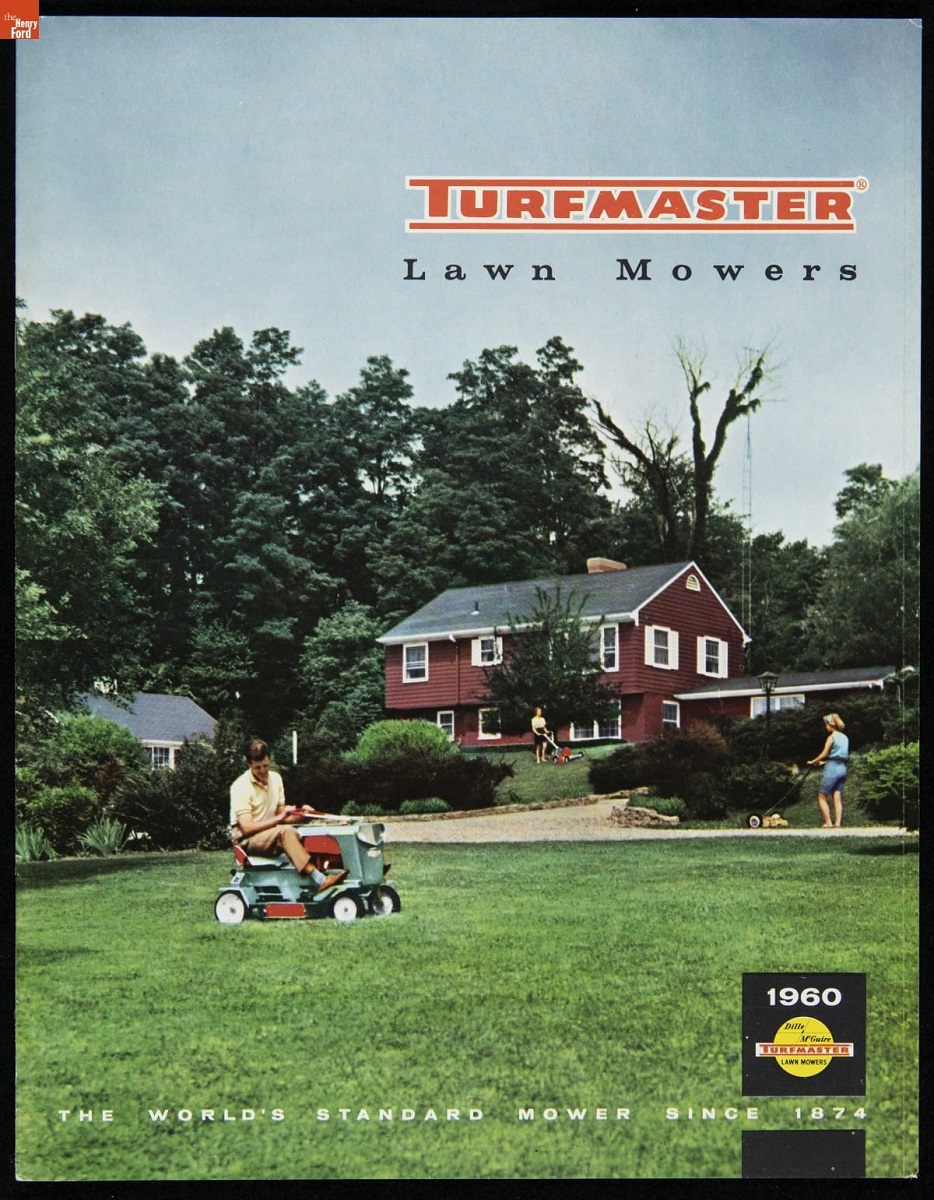 With the rise of the suburban neighborhood at the end of the 19th century and its explosive growth in the years that followed World War II, maintaining a "perfect" lawn became the new standard. Manufacturers promoted a whole set of specialty equipment to support this American obsession. / THF620523

A quintessential icon of modern American suburbia, the “lawn” has roots as deep as America itself. In the early days of the nation, the importation of European taste highly influenced the architecture and interior decoration style of the wealthy—which included the adoption of the green spaces that began appearing in French and English landscape design during the 18th century.

During his time representing the young United States in Europe, Thomas Jefferson witnessed the “tapis vert,” or “green carpet,” at the Palace of Versailles, as well as the large green swaths of closely mown grass that were common to English country estates. Both impressed upon Jefferson a grandeur that he tried to emulate at Monticello, his plantation. This European influence also extended to George Washington’s Mount Vernon plantation, where Washington hired English landscape gardeners to help create his own versions of English lawns and gardens.

These plantation sites were heavily enmeshed in the American psyche as Washington and Jefferson became mythologized over time. During the 19th century, inexpensive and easily acquired prints made both of these plantation homes, including their grounds, some of the most famous buildings in America, and gave wealthy Americans images of what they could aspire to. 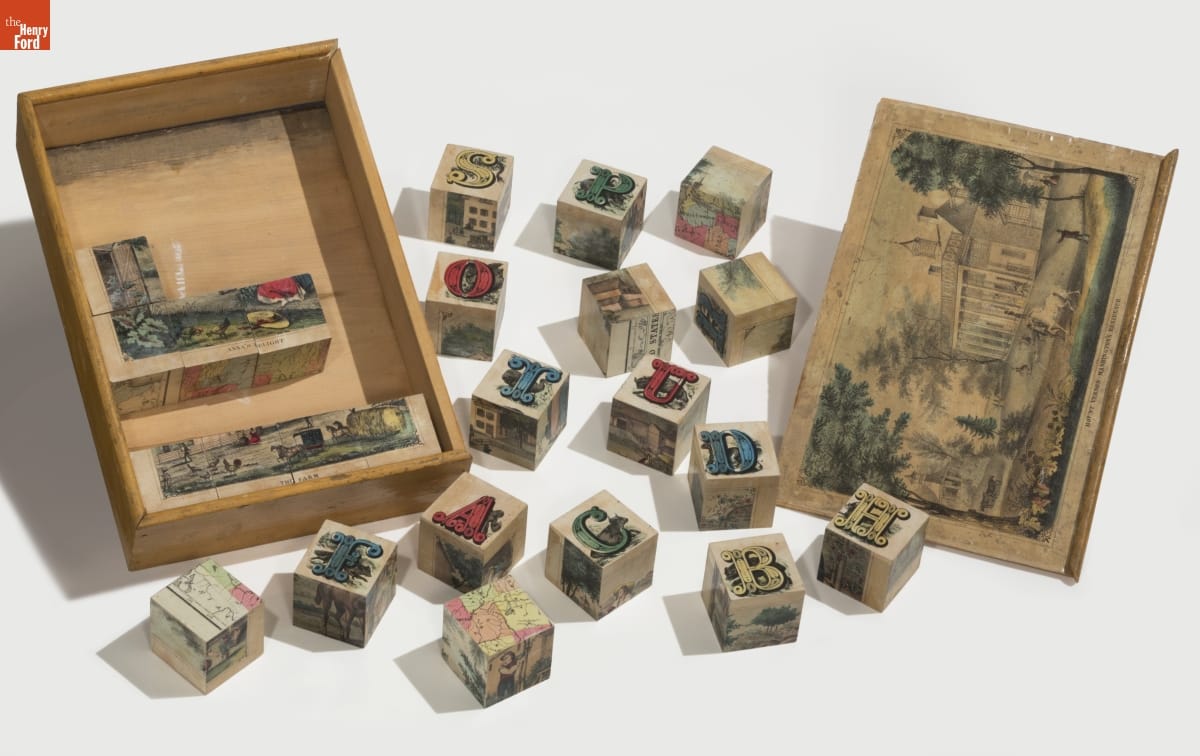 A toy picture puzzle, dating to 1858–1863, featuring a picture of George Washington’s Mount Vernon on the right. The dissemination of Mount Vernon images in the 19th century showed Americans an idyllic version of the grounds. / THF168885

In the mid-19th century, citizens of increasingly industrialized cities with growing populations sought respite from the urbanization of their landscape. A solution to their problems came in the form of advocacy by prominent landscape designer Andrew Jackson Downing for the creation of suburbs outside cities, as well as public parks. When Downing died unexpectedly in 1852, Frederick Law Olmsted stepped up to deliver on Downing’s visions—and bring to life some of his own.

Often considered the father of American landscape architecture, Olmsted started his career in the 1850s when he co-designed New York City’s Central Park with architect Calvert Vaux. He’d go on to design parks in Boston, Chicago, Montreal, and many other places. Olmsted not only popularized the use of green spaces in public parks, but also co-designed suburbs with Vaux—like Riverside, Illinois, in which each residential home had its own lawn or “green space.” 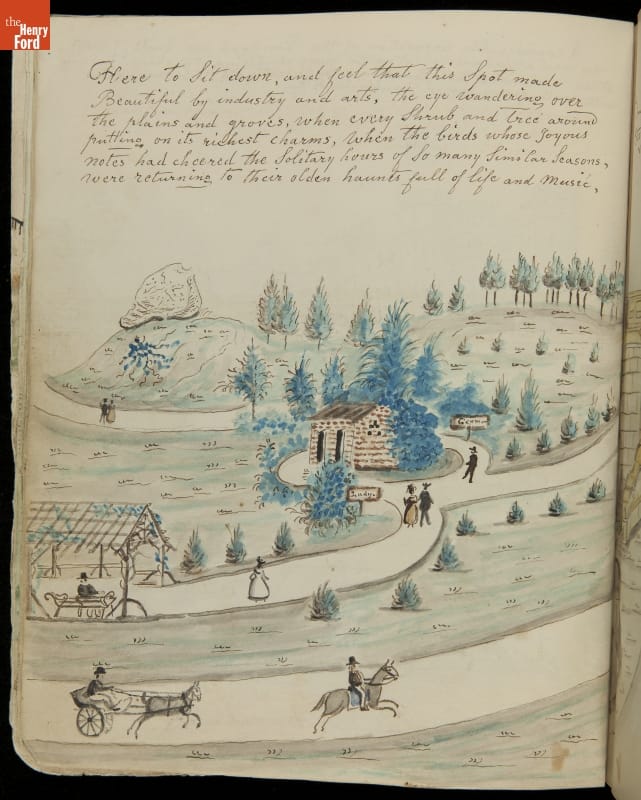 Riverside, Illinois, marked the beginning of the migration that lawns took from city parks and wealthy estates to individual yards. By the 1890s, they were becoming a fixture of the suburban landscape as improvements in transit allowed city suburbs to grow.

With this new hobby came new technology. Enhancements to mass-production procedures over the course of the 19th century meant new machinery, like mechanical mowers, could be manufactured at a relatively low cost to help homeowners keep their lawns trimmed (no more sheep or servants needed!). While sprinklers would require cities to invest in and build municipal water systems, the ability to own a home with a lawn was slowly becoming possible for more and more Americans as infrastructure advanced in the early 20th century. Over the next 50 years, what was once uncommon would become synonymous with suburban living. 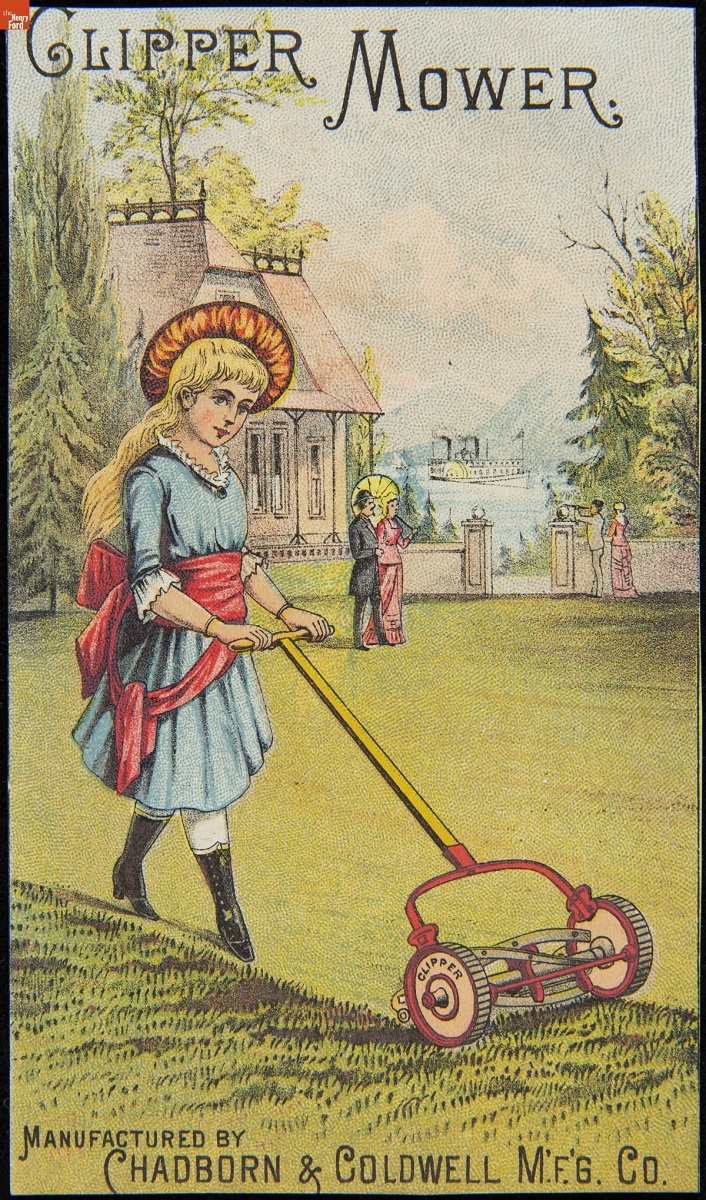 The mid-20th century saw the maturation of modern American lawn culture—a culture that remains relatively unchanged today. The unprecedented economic growth of post–World War II America brought a need for inexpensive housing to accommodate returning GIs and their young families. An early solution to this problem was Levittown, New York, one of the first “cookie-cutter” affordable-housing suburbs, built between 1948 and 1952 by Abraham Levitt on Long Island. The easy-to-manufacture homes of Levittown came with a lawn—along with rules on how it should look—and represented the suburbanization that was taking place across American cities at the time. 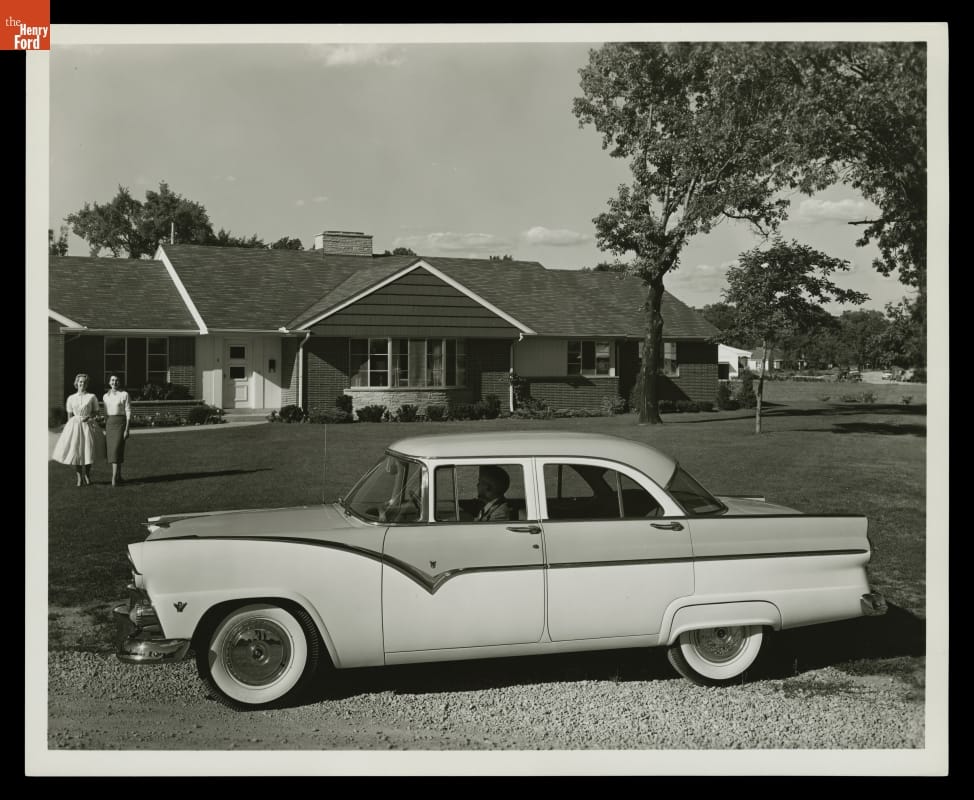 Today’s lawn standards arise from the scientific and technological developments of the post-war period, when rotary mowers were introduced along with a number of pesticides and fertilizers now needed to keep a lawn “healthy.” Since then, the lawn has become ubiquitous in suburban living and a symbol of the middle-class American dream, as well as a big business. While the pursuit of a perfect lawn remains a pillar of identity in America, shifting cultural perceptions around how environmentally sustainable lawn culture is continue to shift the conversation on this icon of American communities.