Catch a glimpse of Brian Yazzie’s left arm, and you’ll see cranberries, sumac, and sunflowers near his wrist, blue Hopi corn on his forearm and Navajo squash holding court at his elbow. An illustrated sleeve of more produce and wild game are up next for the right. 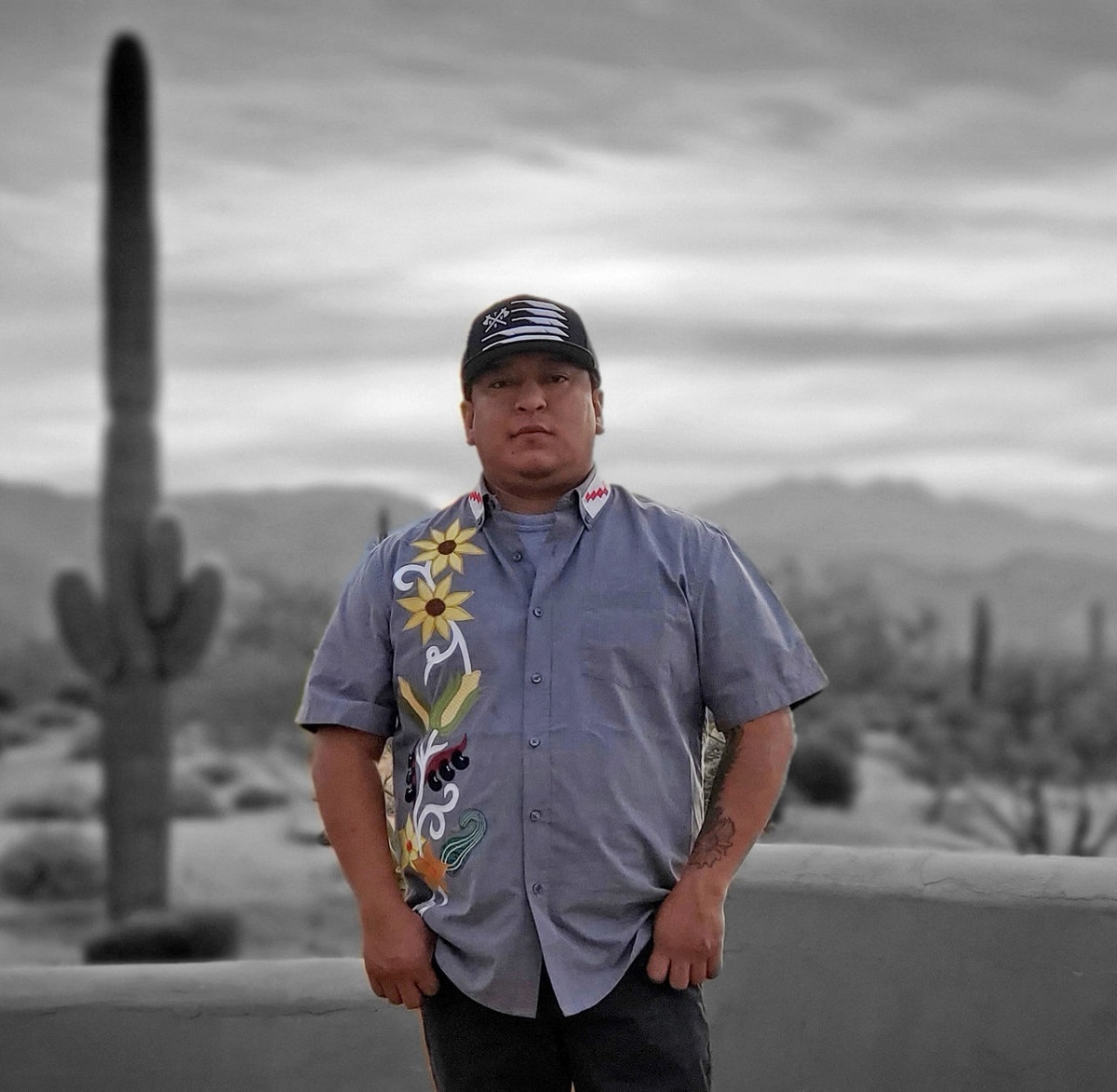 The inspiration behind the ever-growing tattooed bounty of Native American produce started at age 7 for Yazzie, when the aromatics of Navajo blue corn mush or the sound of a knife tapping on a cutting board drew him into the kitchen to help cook for his large family. Raised by a single mother in Dennehotso, Arizona, located on the northeast part of the Navajo Nation, Yazzie remembers eating traditional and freshly foraged foods like wild spinach and pine nuts but also commodity foods like government cheese, canned chicken, and powdered milk.

He discovered his passion for cooking but at the time was equally lured into gang life, spending his teenage years in and out of detention centers and county jails and skipping classes, sometimes to just hide out in the home economics classroom.

“I was blessed never to end up in prison or passing on,” said Yazzie, whose sisters would call to tell him to come home because they missed his food. “That was their way of checking up on me. Cooking always kept me out of trouble; it’s what saved my life.”

It’s also what prompted Yazzie and his wife, Danielle Polk, to settle in the Twin Cities in 2013. They wanted opportunity but also to stay connected to Native communities. “The Twin Cities has one of the top five Native urban populations in the U.S.,” said Yazzie, who works closely with the Dakota and Ojibwe tribes there while continuing to help the Dennehotso reservation and other tribal communities around the United States.

In 2014, Yazzie enrolled at Saint Paul College, where his first assignment as a culinary student was to perfect any dish from around the world. “I wanted to make something beyond frybread, but I realized at least 50% of ingredients inside Navajo tacos are native to the Americas,” said Yazzie.

Toppings like summer squash, peppers, and eggplant reminded him of French ratatouille, and he found his dish. More importantly, he discovered the larger influence of Indigenous foods and his passion for reviving, celebrating, and recognizing their ancestral origins. 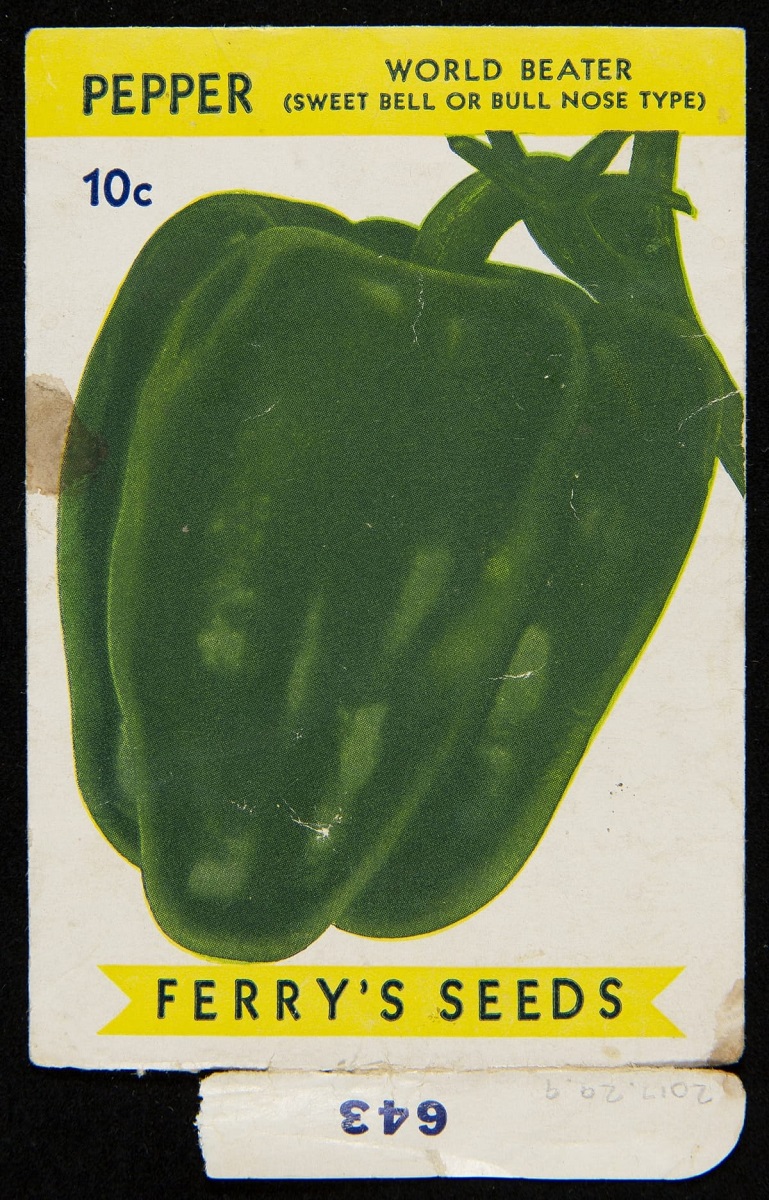 Chef Yazzie found inspiration in eggplant, summer squash, and peppers, like the one on this circa 1951 seed packet from our collection, during his first assignment as a culinary student. / THF294269

He and Polk started a Native American Club on campus and connected with local chef/author/educator Sean Sherman, CEO of The Sioux Chef, to cater one of their events. “Seventy-five percent of the appetizers he served were foreign to me,” said Yazzie, who went on to work for Sherman before he and Polk started their own catering company, Intertribal Foodways. “We wanted to bring awareness to what’s been overlooked for so long.”

Along with showcasing Native ingredients and techniques, that’s also meant addressing health issues like diabetes that have long affected Indigenous communities. “We try to implement food as medicine,” said Yazzie, now executive chef of the Gatherings Cafe inside the Minneapolis American Indian Center. “Especially during this pandemic, we have to keep our elders strong and safe; a lot of them hold lost languages and teachings.”

After COVID-19 hit, Yazzie and his team started making 200 healthy meals a day for elders in the Twin Cities, established a Dennehotso COVID-19 relief fund, and regularly sent healthy food and supplies to the Apache County community. He works with local farmers and foragers to bring Native ingredients into his food whenever he can, even if it means taking baby steps with dishes like unhealthy frybread (created by Yazzie’s Navajo ancestors while they were in internment camps at Fort Sumner, New Mexico, in the 1860s). “It’s still on the table across North America as a survival staple for tribal communities, especially during the pandemic, so I had to take a step back and listen to my elders, but we’re getting there,” said Yazzie, who lightens up the wheat-heavy bread with amaranth flour or wild rice flour.


In October 2020, KARE 11 TV featured the efforts of Brian Yazzie and his team at Gatherings Café to feed local elders. / KARE 11

Today, Yazzie uses YouTube, his podcast, and virtual cooking classes to advocate for Indigenous foodways and continues to educate and feed not only the elders but also Native and non-Native kids and families around the country.

“Regardless of who you are, we are all indigenous to a certain place and time in the world,” said Yazzie. “It’s about recognizing and learning your edible landscape. Indigenous food is not a trend; it’s something that’s always been here.”

Liz Grossman is a Chicago-based writer, editor, and storyteller, and is managing editor of Plate magazine. This post was adapted from an article first published in the January–May 2021 issue of The Henry Ford Magazine.