Opening the Door to Preservation 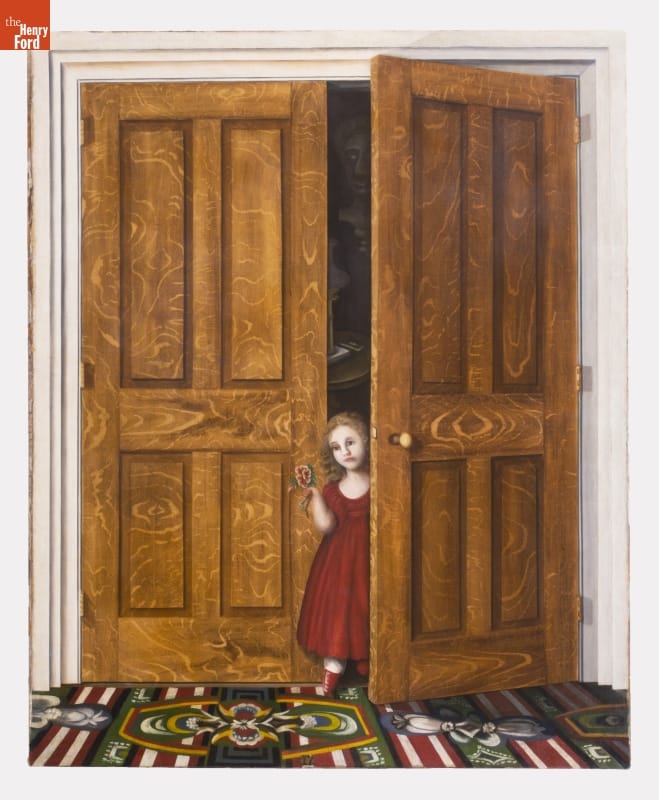 “Opening the Door” is an unusual and large ( 6 feet tall and 4 feet wide) painting that recently received some much-needed conservation here at The Henry Ford.

Painted in the 1840s by self-trained artist George W. Mark, it depicts a young girl holding a flower. She stands in an elaborately-painted open doorway. Behind the girl a bust and lamp are visible on the table in a very shadowy room. The intent is to present a life-size vision that fools the eye into thinking that we are looking into a real space.

If you have the opportunity to take part in a VIP or Special Access tour of our Benson Ford Research Center storage, you will see this painting. It is greatly admired and it is positioned in a prominent location in the state-of-the-art storage facility here at The Henry Ford.

The painting needed conservation attention because it was not in stable condition after years of storage and many moves. Some of the damages were due to the challenges of handling – the painting is not framed, so corners got crushed when it was set down with too much force. And past attempts to hang it resulted in old patched holes near the top.

Take a look behind the scenes to see some of our work conserving "Opening the Door." This project was made possible by the generous support of The American Folk Art Society and Susan and Henry Fradkin. 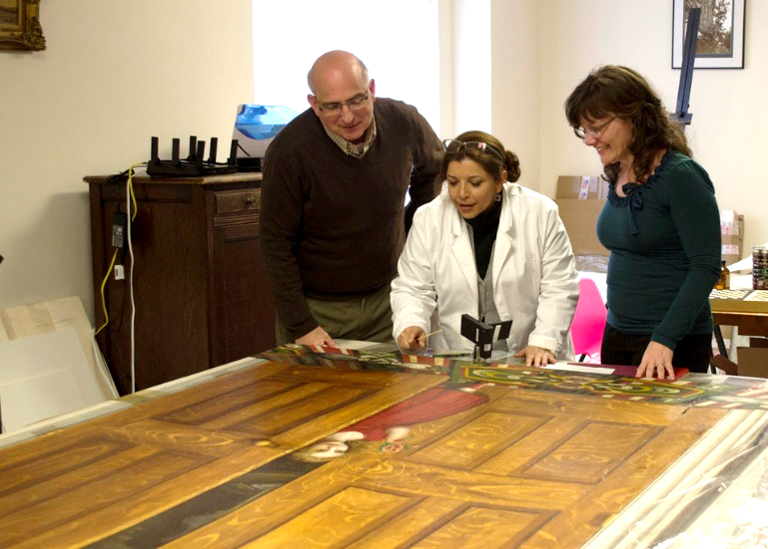 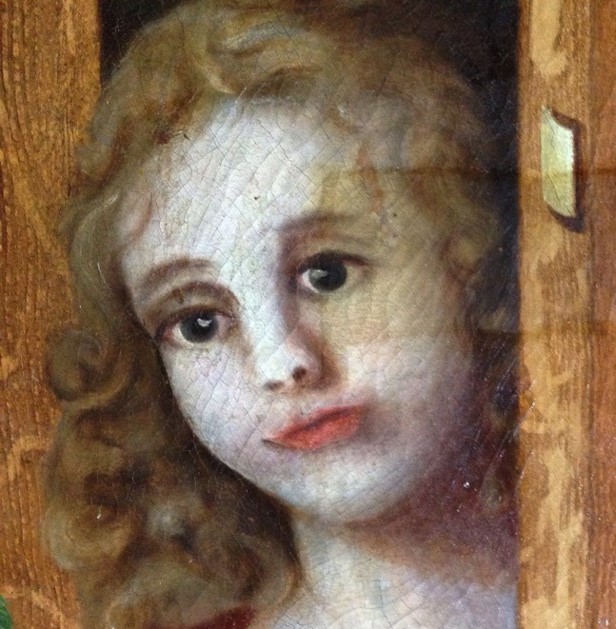 This image shows the last old, yellowed varnish as it was removed from the paint surface.

This is a microscopic image of the thick varnish, before and during removal. The cracks (which are actually quite small!) are expected in a painting of this age and type.

Many paintings suffer over time due to the natural aging that darkens the once-clear protective varnish coat. As the varnish darkens, it shifts colors that were originally intense and bright; they become murky and brownish. Varnish removal restores the painting’s original colors. It is not unusual for old varnishes to require renewal, and this was done as part of an extensive conservation treatment completed last year.

Old patches were also redone so that they are invisible from the front and the whole painting was lined with stable backing material to support its large size. The restoration of damaged areas of the paint was done by “in-painting” only the small areas of lost paint. Finally a new, reversible varnish was applied overall.

The final result is a stronger, stable painting that can survive for at least another 171 years in the care of The Henry Ford.


Clara Deck is former Senior Conservator at The Henry Ford.