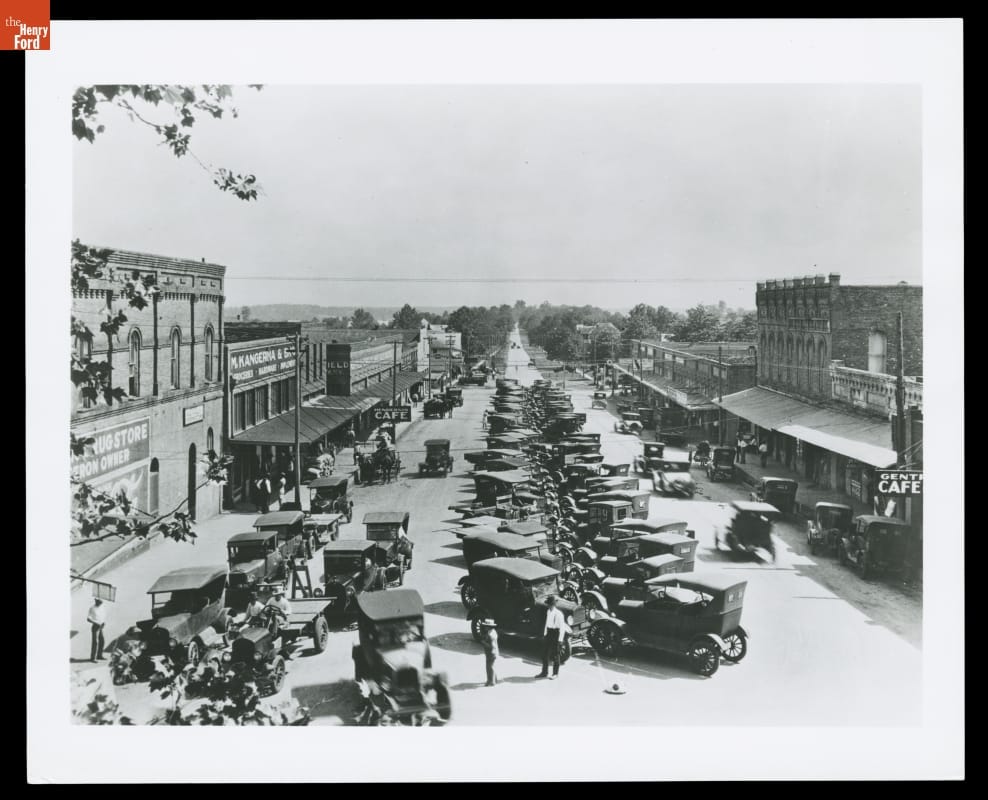 
By the 1920s, automobile parking on city streets was out of control. Parked cars effectively narrowed roadways, restricting the flow of traffic. Cities tried everything. They widened streets. They prohibited parking by fire hydrants and intersections. They marked out parking spaces, experimenting with optimal arrangements to improve traffic without discouraging customers from visiting downtown stores and other businesses. 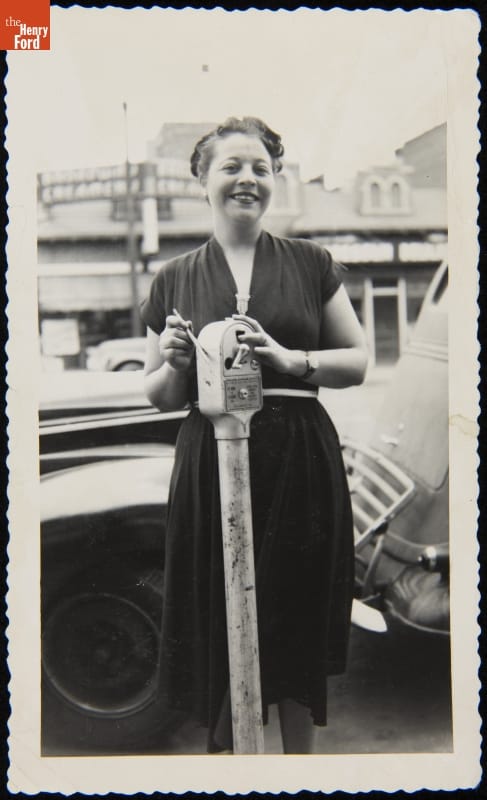 
Finally, the coin-operated parking meter proved workable and enforceable. Meters essentially charged a fee for the temporary use of a parking space. The first parking meters were installed in Oklahoma City, Oklahoma, in 1935. They were invented by newspaper editor and local traffic commissioner Carl Magee, with the assistance of engineering professors and college students. Parking meters simultaneously generated revenue for governments and encouraged turnover, which relieved traffic tie-ups. (This dual benefit inspired the brand name of Magee's meters: "Dual.") 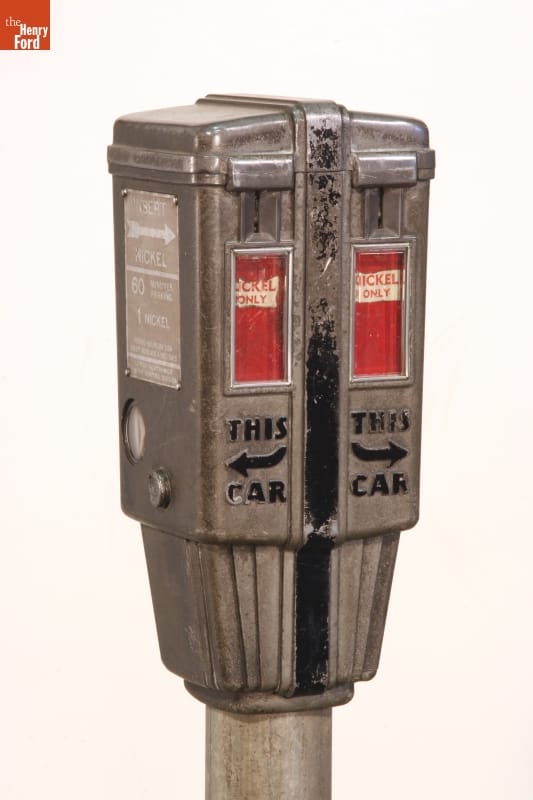 This early "twin" parking meter, designed for two cars, was used in Hamtramck, Michigan, beginning in the late 1930s. Parking cost five cents per hour but was free on Sundays and holidays. / THF101923

At heart, parking meters are clocks. Early units required an attendant to periodically wind the mainspring. Inserting coins started the clock timer for a set period. Later units had users wind the mechanism by twisting a knob after depositing coins. When the clock ran out, a "Time Expired" flag sprang up to notify parking enforcement officers. 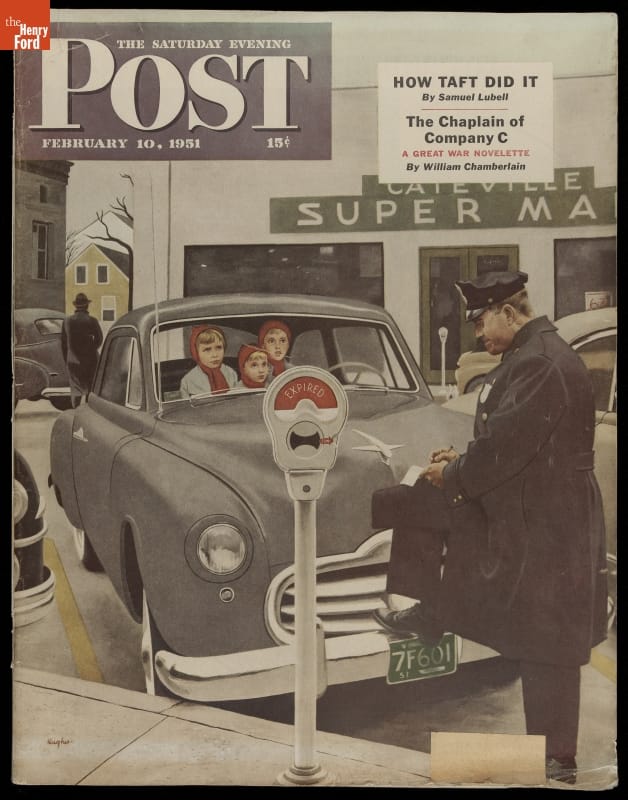 A parking enforcement officer issues a ticket for an expired parking meter on this 1951 Saturday Evening Post cover. / THF208048


Tickets and fines forced motorists to accept parking meters. While a boon to parking enforcement officials and city treasurers, parking meters became a symbol of tyranny to people who believed that streets are public rights-of-way and that cities have no authority to charge for their use. Courts have largely upheld the legality of parking meters, but that has not stopped complaints about them. 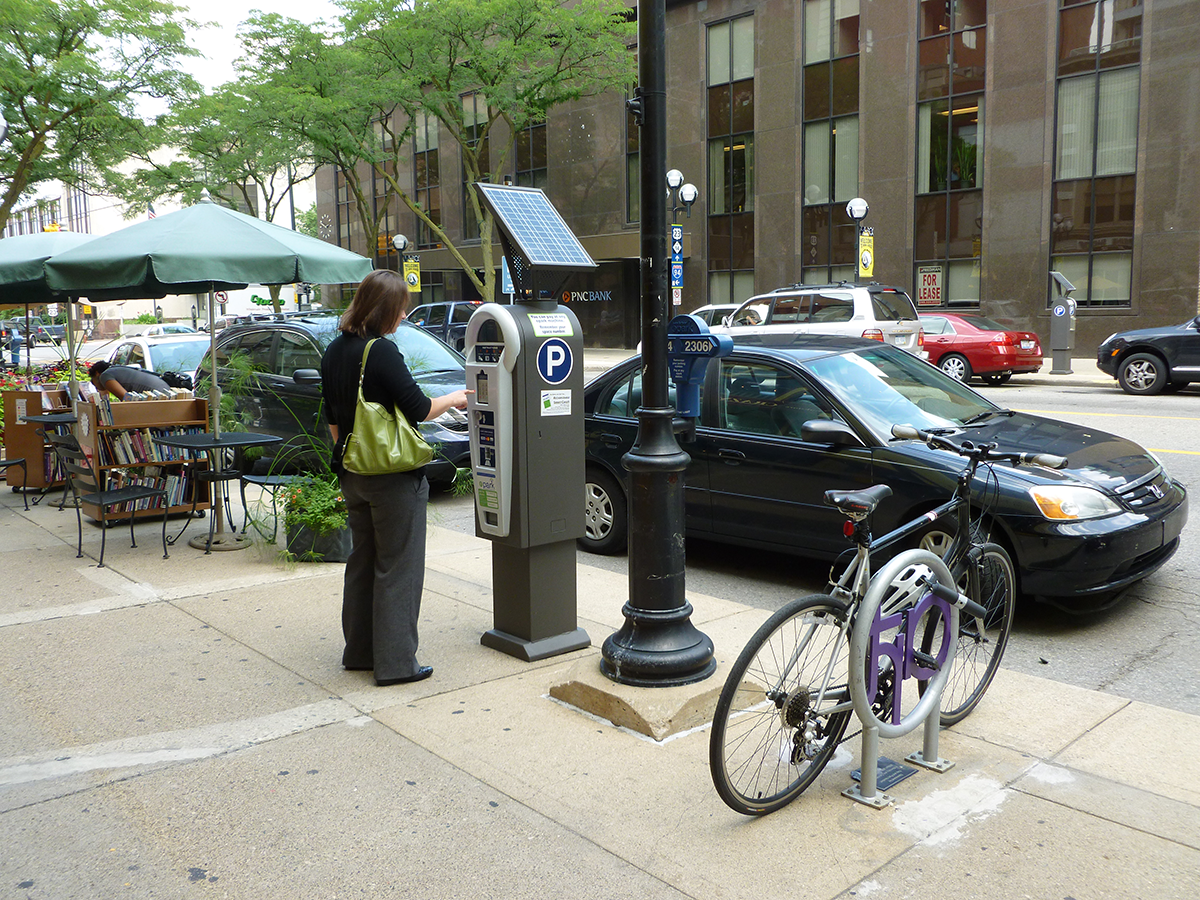 
Despite competition from urban parking lots and garages, as well as free parking at suburban malls and shopping centers, meters endured as an effective solution to cities' parking problems. By the 1990s, many cities began shifting from coin-operated machines to increasingly sophisticated meters often designed for many parking spaces. Electronic computers and LCD displays replaced mechanical clocks and pointers, and meters began accepting credit or debit cards as well as coins. Today there are touchless meters that can be activated from a user's smartphone. These modern meters even send text messages alerting you when time is running short.

This post was adapted for the blog by Saige Jedele, associate curator, digital content, from work by Donna Braden, senior curator and curator of public life, and Matt Anderson, curator of transportation at The Henry Ford.