Symbols of the Space Age

Kitschy coin collectors convey Americans’ changing views of man’s ability to go where none had gone before.

There was a time when outer space belonged to the realm of fantasy and science fiction. Through movies, radio, television, comic strips and comic books, kids cheered as fantasy space heroes like Flash Gordon, Buck Rogers and Tom Corbett--Space Cadet safeguarded Earth’s inhabitants from evil forces. Futuristic space toys proliferated, from atomic ray guns and wind-up robots to toy spaceships. Then something happened. The United States and the Soviet Union began to explore outer space for real. When the Russians launched Sputnik I in October 1957, the “space race” took off, leading to a new era of more realistic space toys.

The Henry Ford’s collection of space-themed banks, dating from 1949 to 1964, captures the span of these two perceptions of outer space — as just a fantasy world to being a real place into which humans ventured. These mechanical banks, produced by Detroit-based companies Duro Mold & Manufacturing and Astro Manufacturing, were offered at individual bank branches as incentives for kids to start bank accounts. Having the branch bank’s name affixed to the front of one of these futuristic coin collectors was a sure sign that the financial institution was modern, progressive and in step with the times. 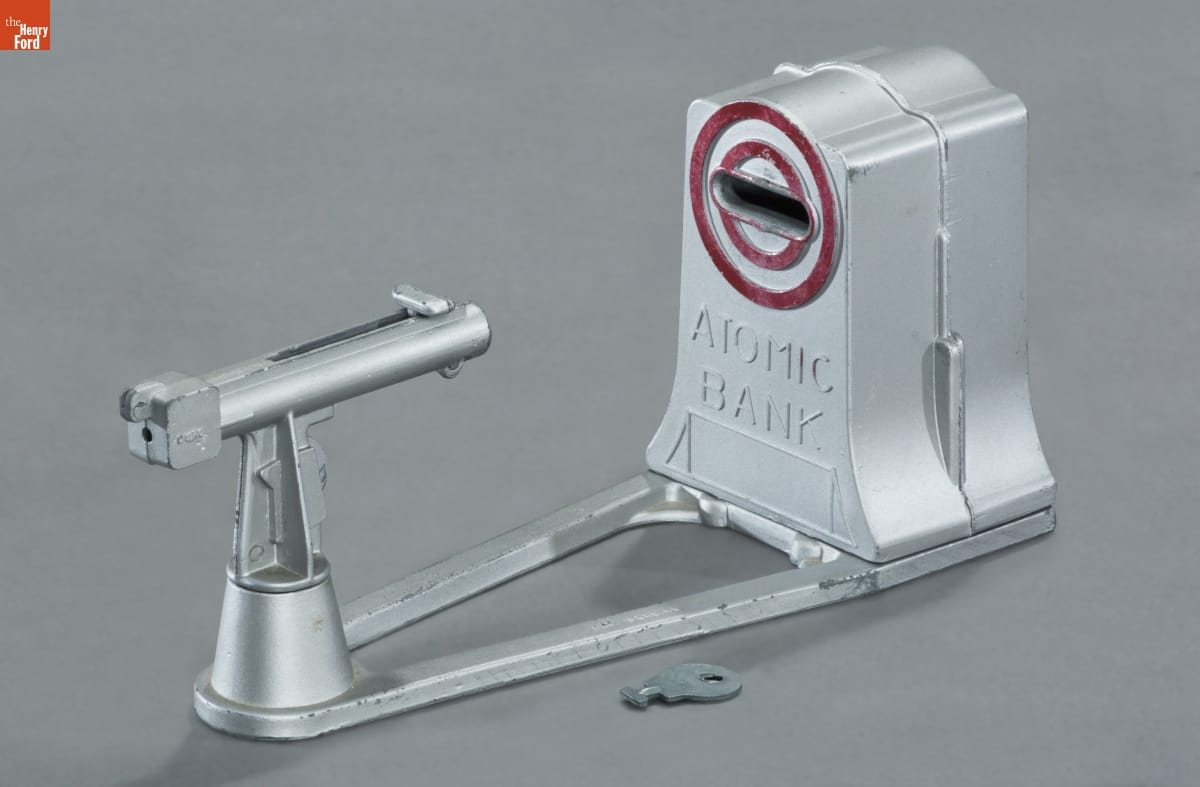 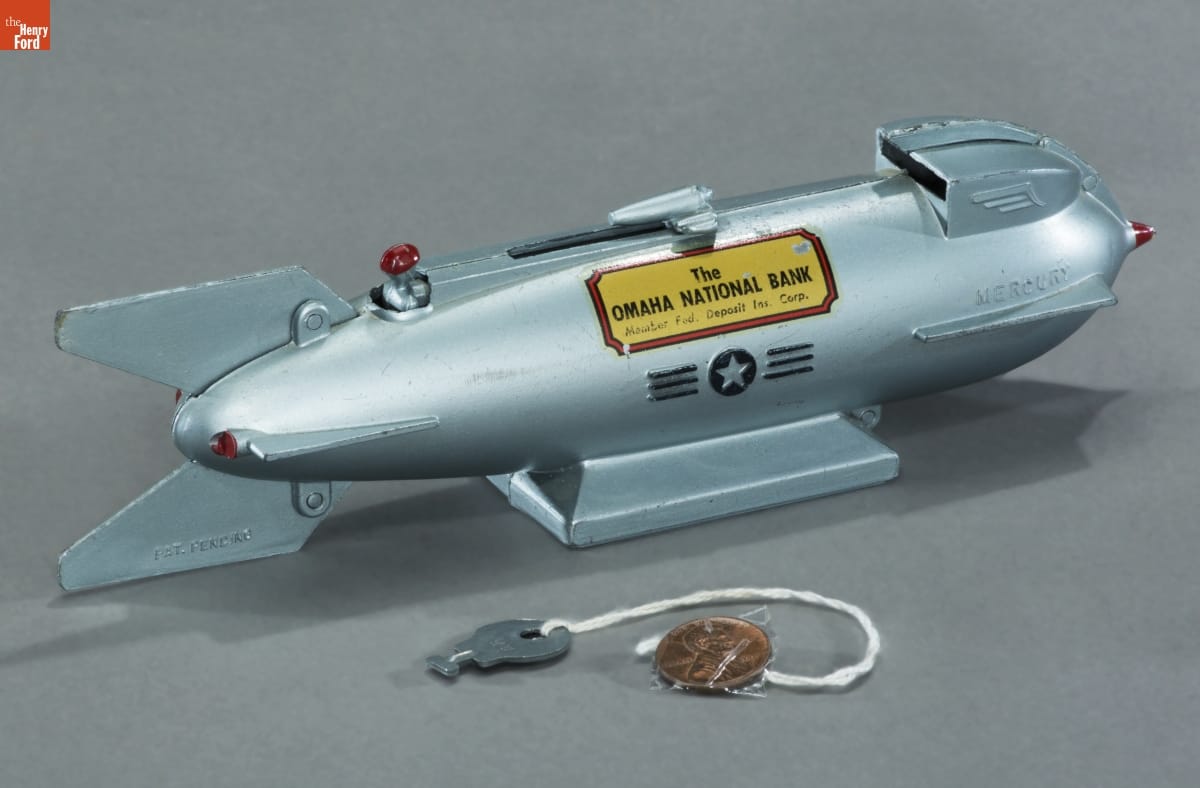 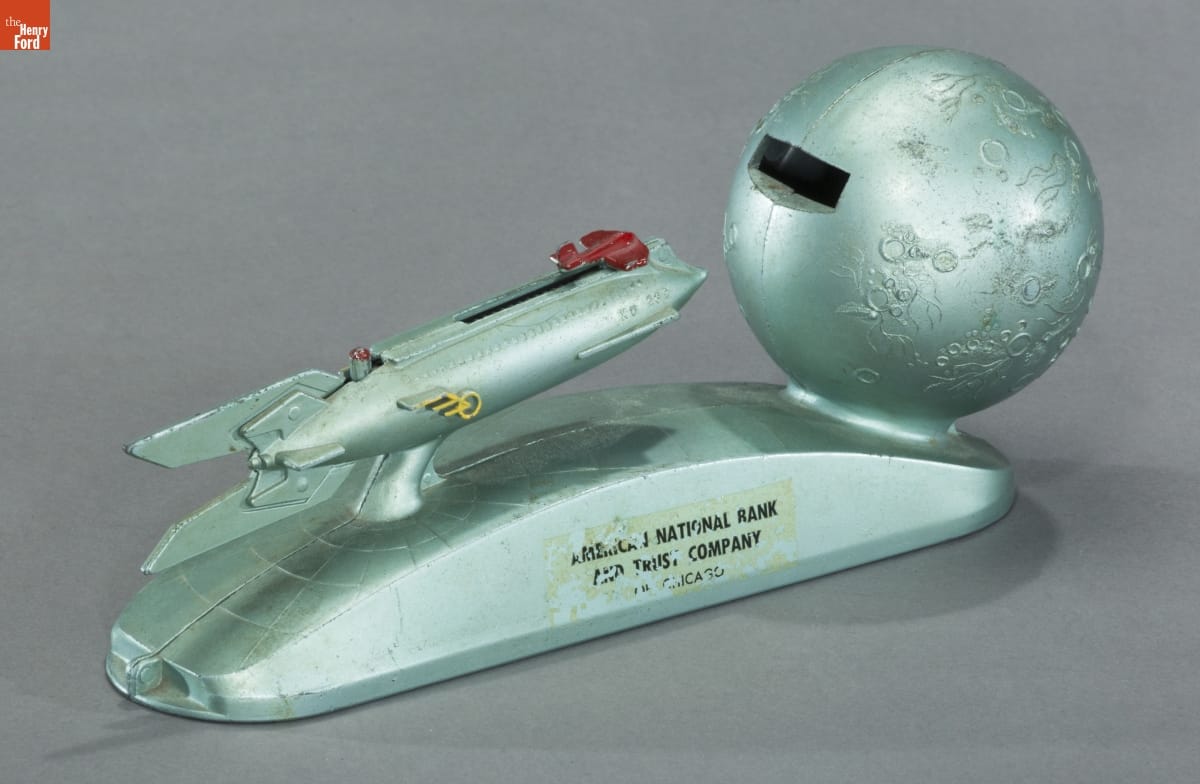 Strato bank (c. 1953): the coin was shot through the “stratosphere” to the moon. 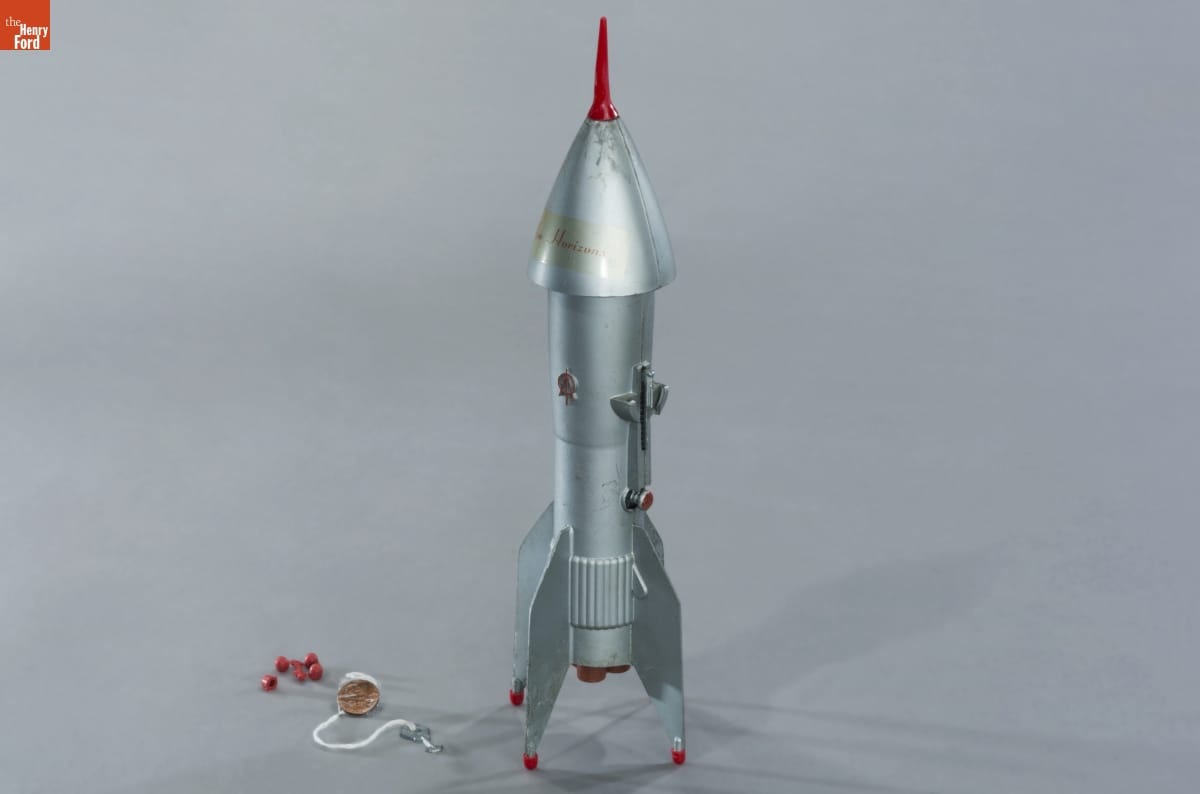 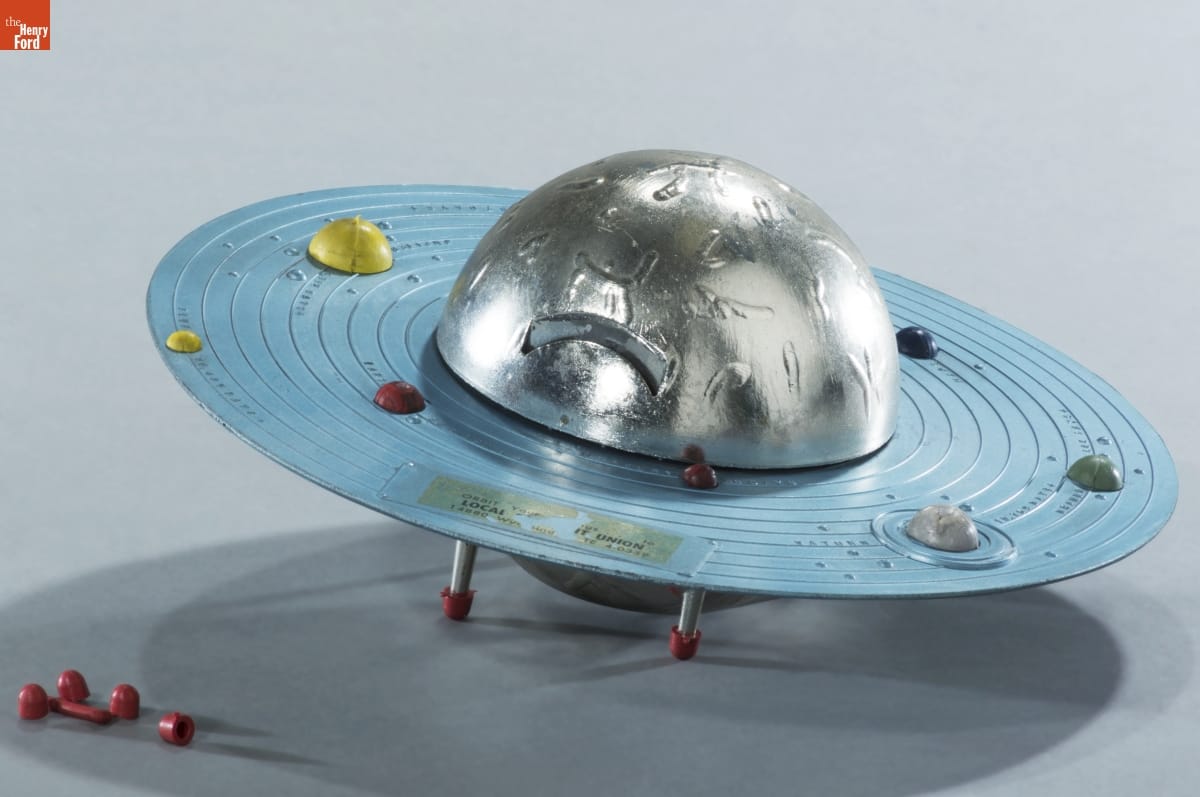 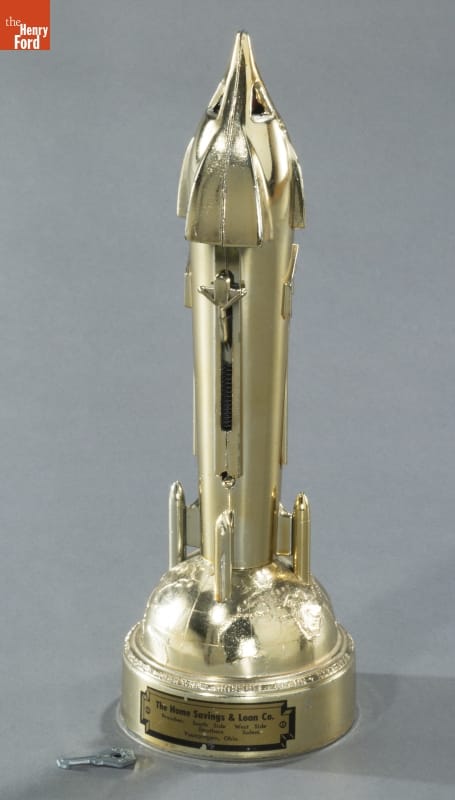 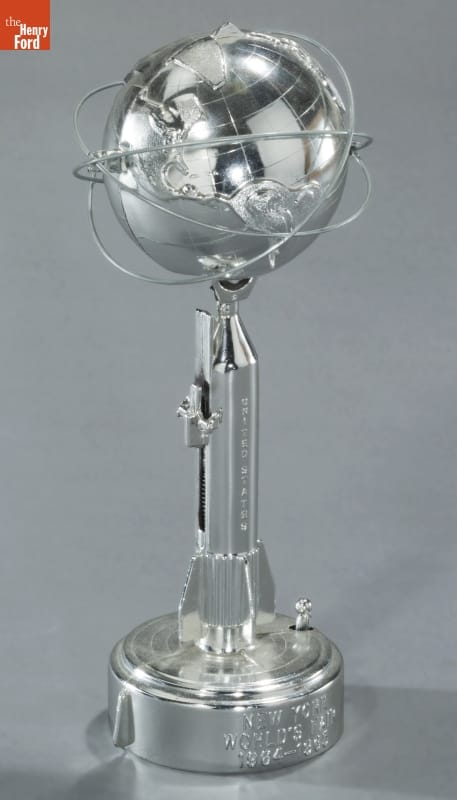 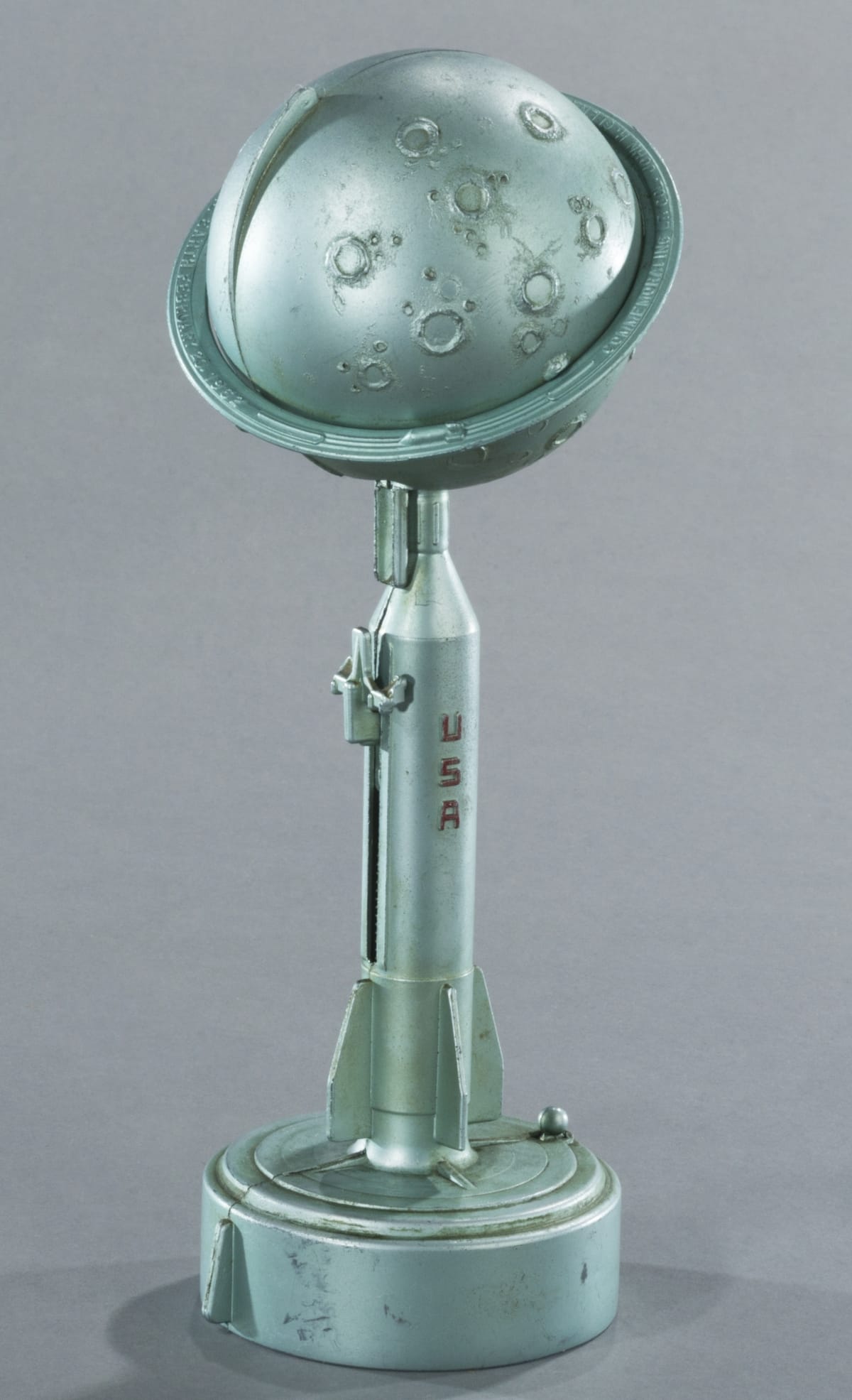