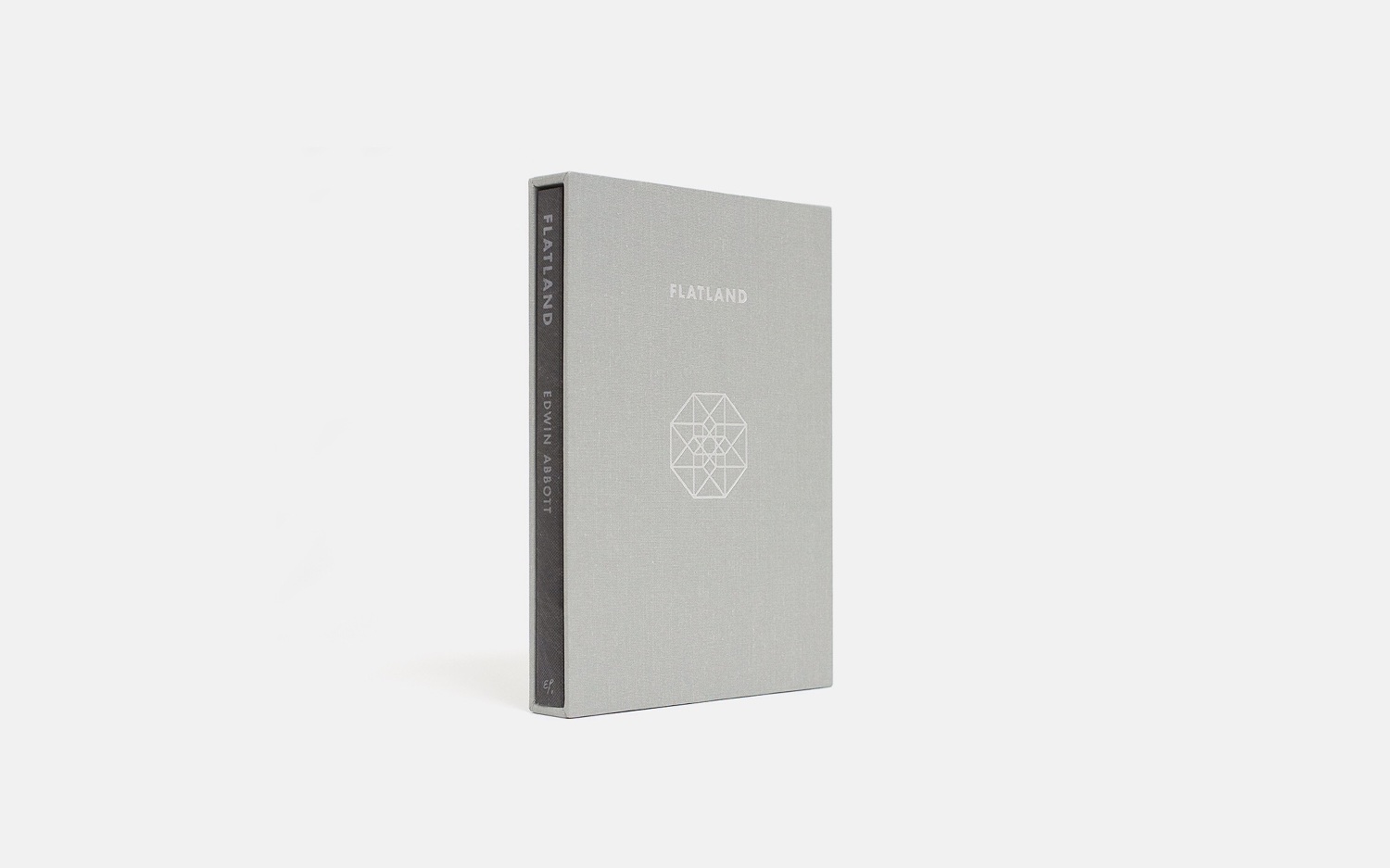 To that end, he chose to make it softcover, with thick paper and extra-wide margins for writing in. The floating spine means you can bend the pages back as much as
you want and the binding won’t crack. Lauritzen also appended a visual guide, full of exquisite black-and-white illustrations that illuminate various concepts in the text. He’s
now working on a supplementary online library of shapes — “an education/ art experience for students of geometry,” he said. Finally, to add heft, he designed an elegant gray slipcase, stamped with a silver tesseract.