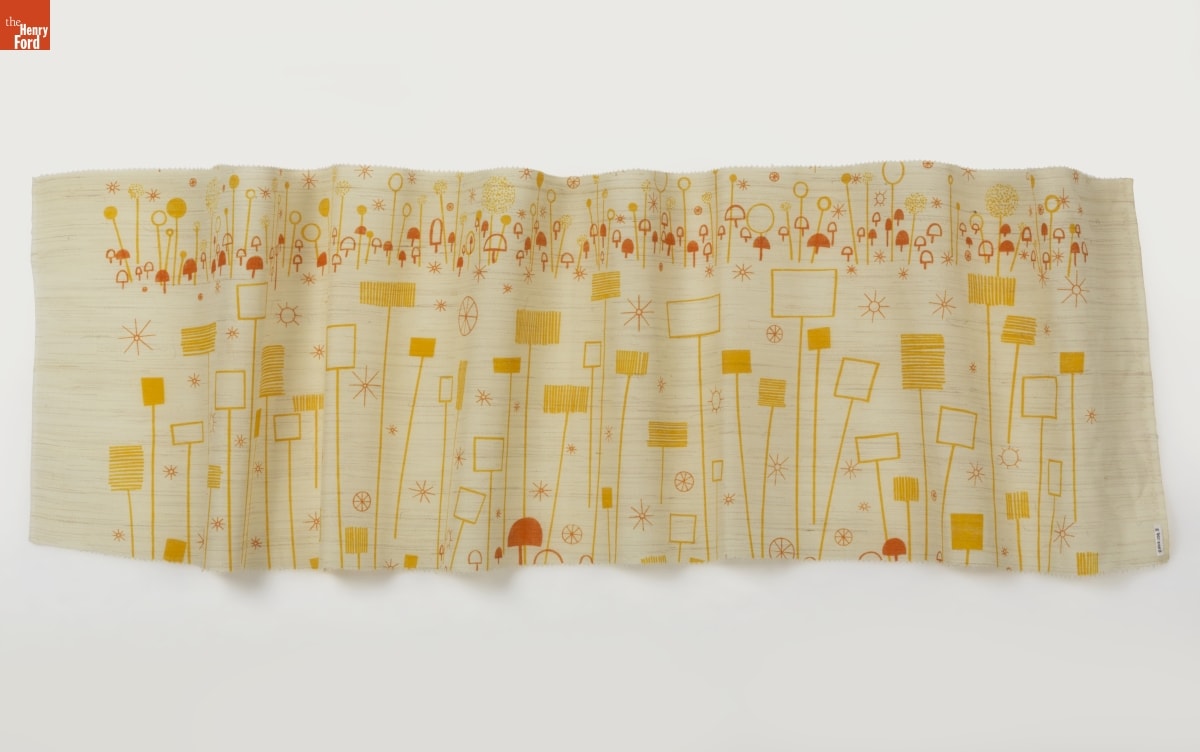 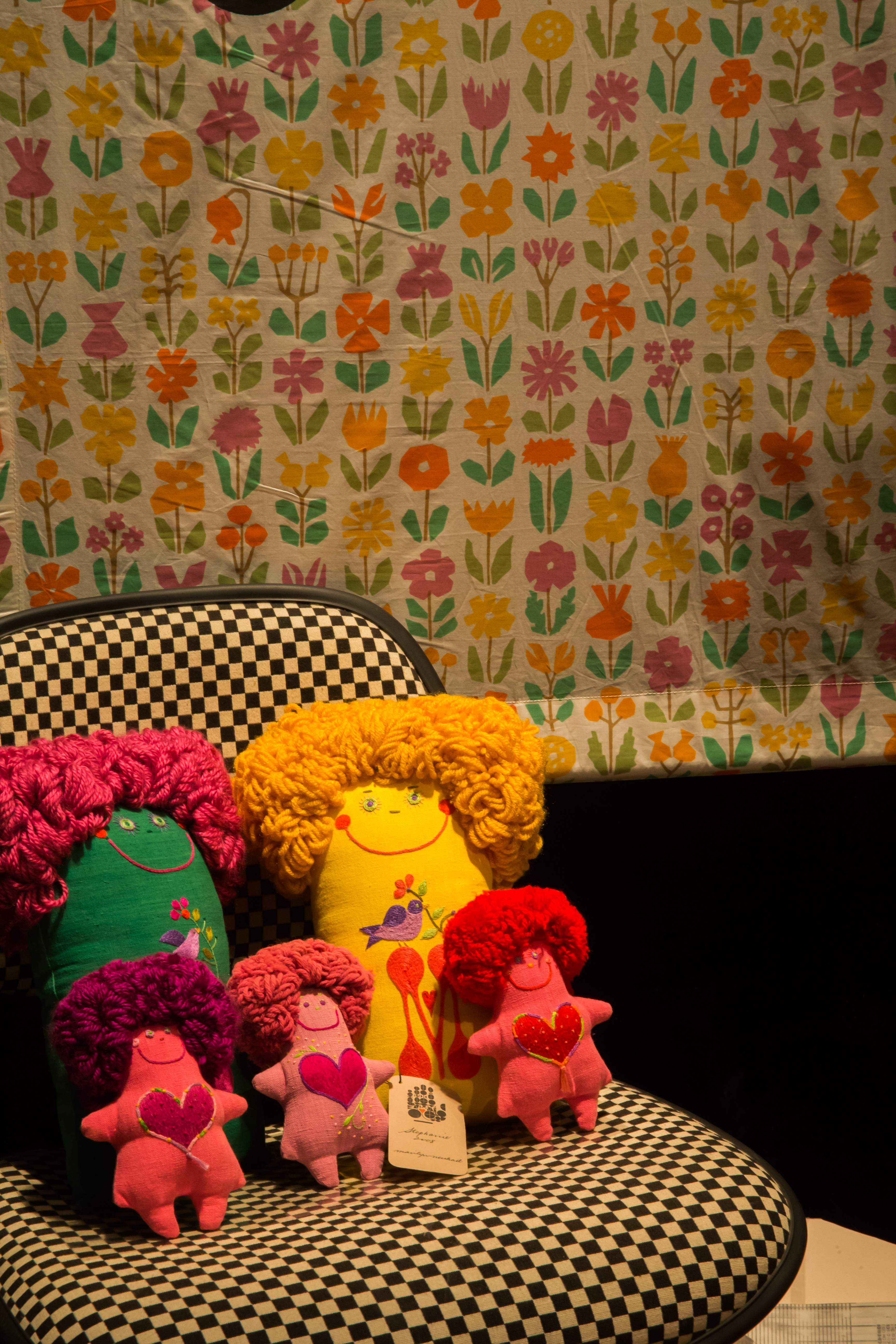 Walking through the House Industries "A Type of Learning" exhibit in Henry Ford Museum of American Innovation you're sure to notice the attention given to printed textiles, from kitchen tea towels to handmade dolls.

The textiles created by the House Industries team are just one of their popular offerings and make us think about other well-known textiles that reside within our collections.

Another set of bold textiles that have broad appeal are those created by pioneering modern designer Ruth Adler Schnee. Her furnishing and drapery fabrics were favorites of the everyday consumer and leading architects alike, including Minoru Yamasaki, Paul Rudolph, and Buckminster Fuller. Adler Schnee’s textiles, which feature vivid color and abstracted organic forms, added whimsy and depth to the sleek, minimal aesthetic popular in the mid-century period.

Take a look at a few of Adler Schnee's pieces in The Henry Ford collections in this expert set.

Earlier this year in June, The Henry Ford acquired an original kiosk designed by Charles and Ray Eames for use in the IBM Pavilion at the 1964 New York World’s Fair. The kiosk, one of two known to survive, was designed to resemble a colorful tent-like structure, complete with pennants.

Constructed of iron, walnut and plastic laminate, it originally housed interactive exhibit elements that were part of a huge program created by the Eames office to explain the impact and uses of IBM’s computing technology. The kiosk was saved by the contractor who had been awarded the task of demolishing the pavilion at the fair’s end. Another example is known to have survived—used by the Eames Office to explore installation options but never used at the fair itself. It was acquired by Vitra in 2006.

The kiosk is currently with our conservation department being conserved and will be coming to the floor of Henry Ford Museum next year.

To get an idea of how the kiosks were used in the IBM Pavilion, take a look at this video from Eames Office. You'll miss it if you blink, but you can catch a very small glimpse of our kiosk at the 1:45 mark in the right corner of the video.

Make sure to check back to the blog and our Facebook page for kiosk updates.