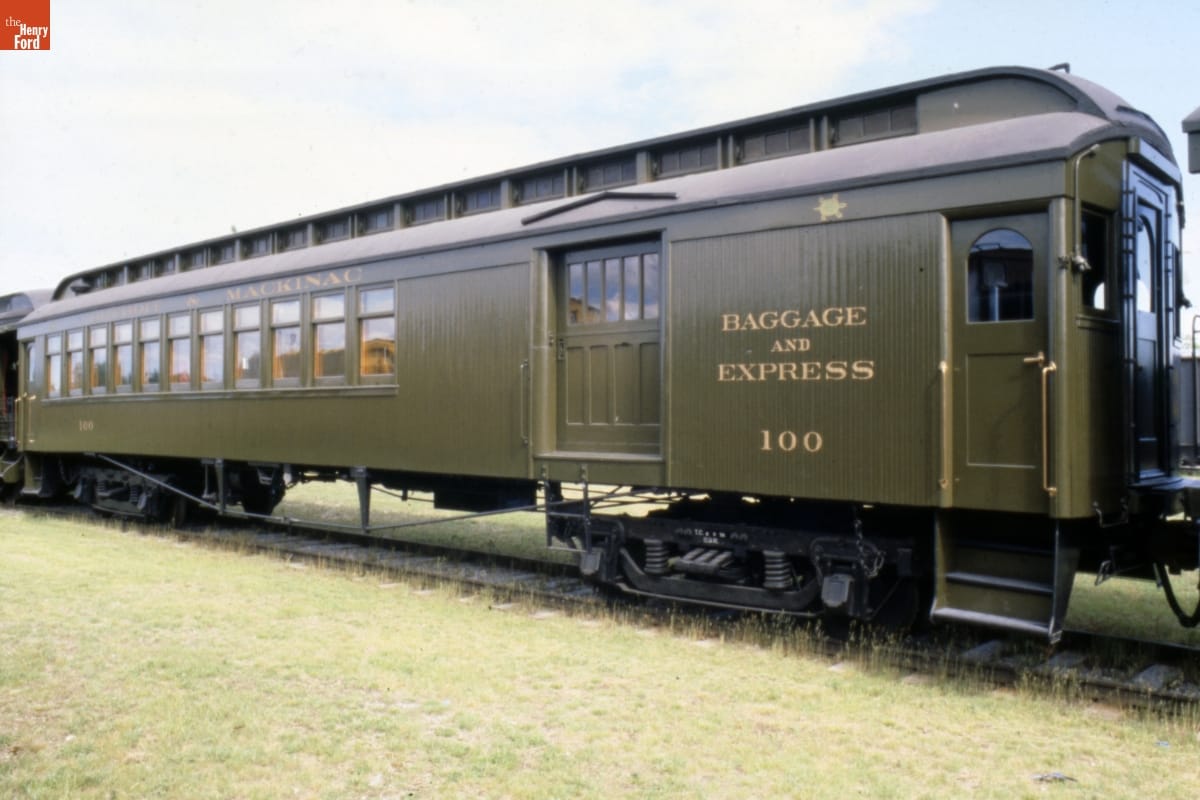 Combination cars were designed to carry passengers and baggage/freight. Although many were built for mainline express trains, they were particularly attractive on branch lines or other areas where passenger traffic was light and the need for flexibility was high.

There was no standardized layout for combines—they were made for railroads in many configurations according to specific needs. Many combines were cars that had been modified from earlier cars by their owners—an approach that carries over to virtually all railroad equipment, subject as it was to constant modification, improvement, and improvisation according to the changing needs of the railroad business.

The Detroit & Mackinac Railway combination car pictured above, which you can also see in Henry Ford Museum of American Innovation, has baggage, parlor, and smoking areas, and might have been converted from a plain baggage/parlor combine.