Through the Years with Hallmark Ornaments 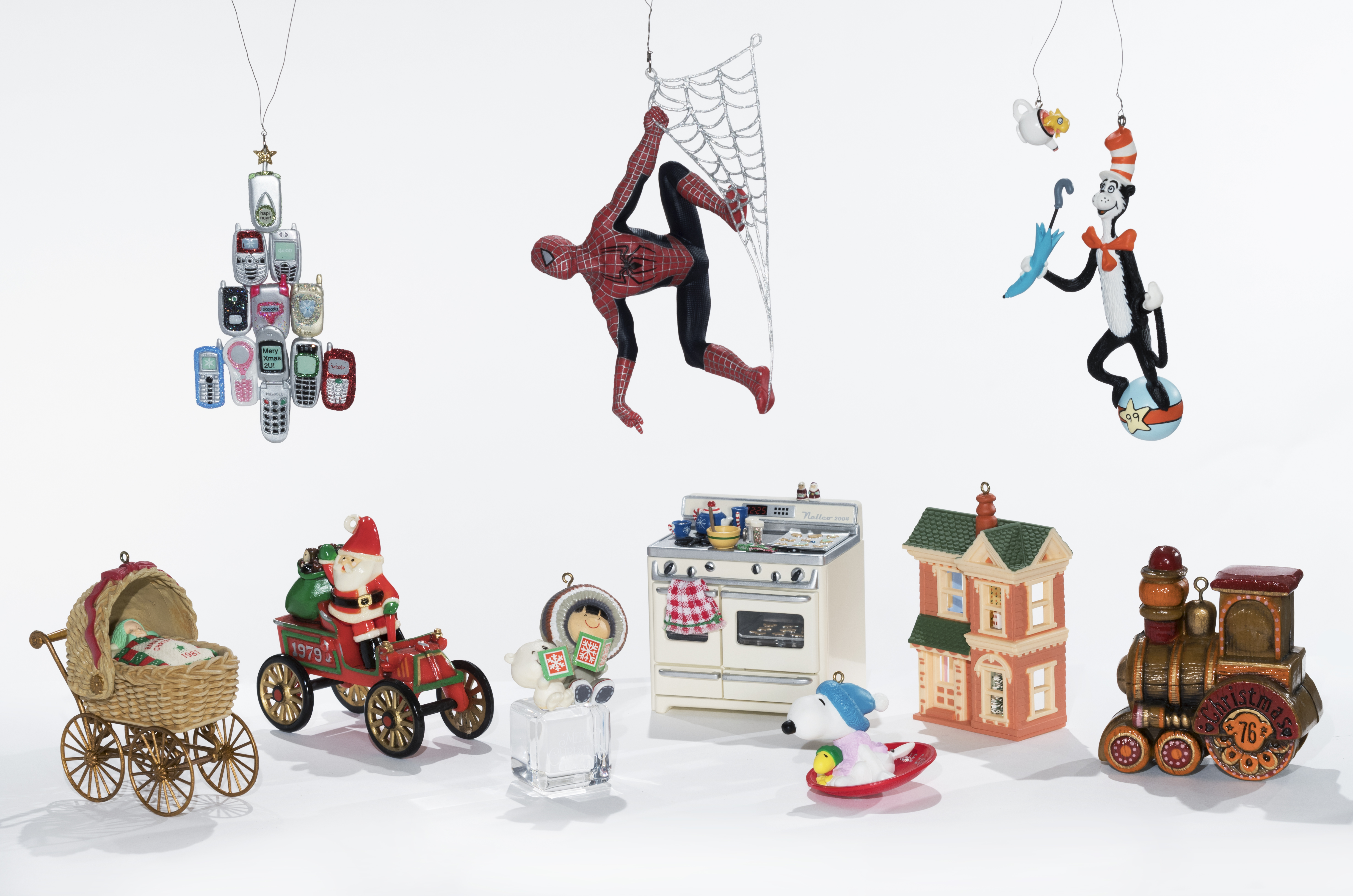 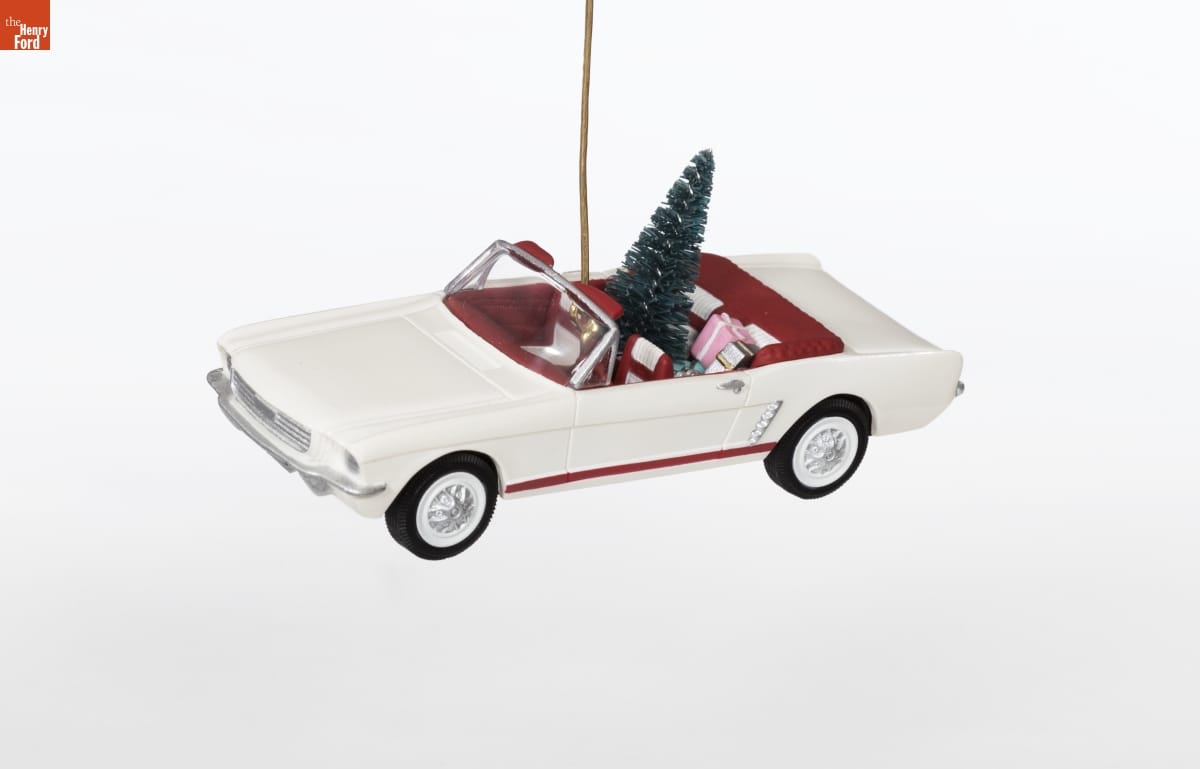 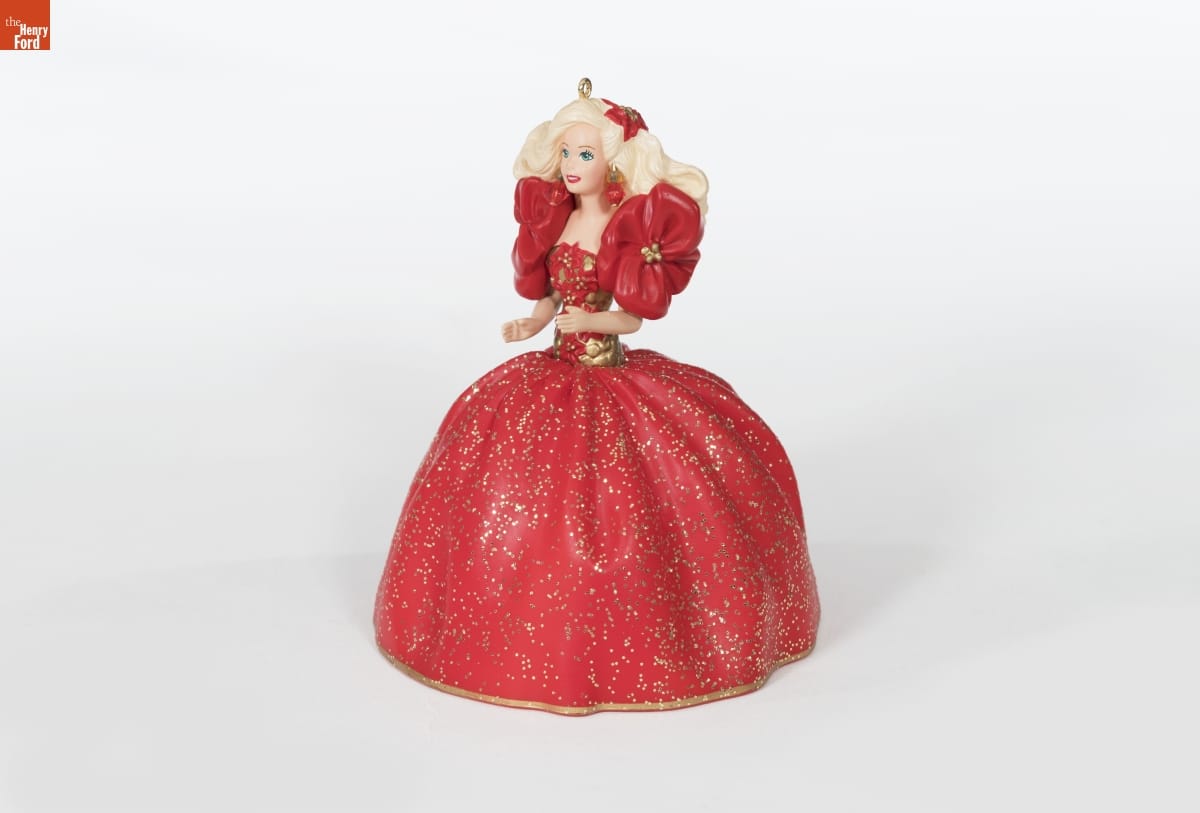 In 1973, Hallmark Cards, Inc. decided to venture into the world of producing Christmas ornaments. That year, the company introduced a small line of “Keepsake Ornaments,” consisting of six rather traditional glass ball ornaments and 12 handcrafted yarn figures. 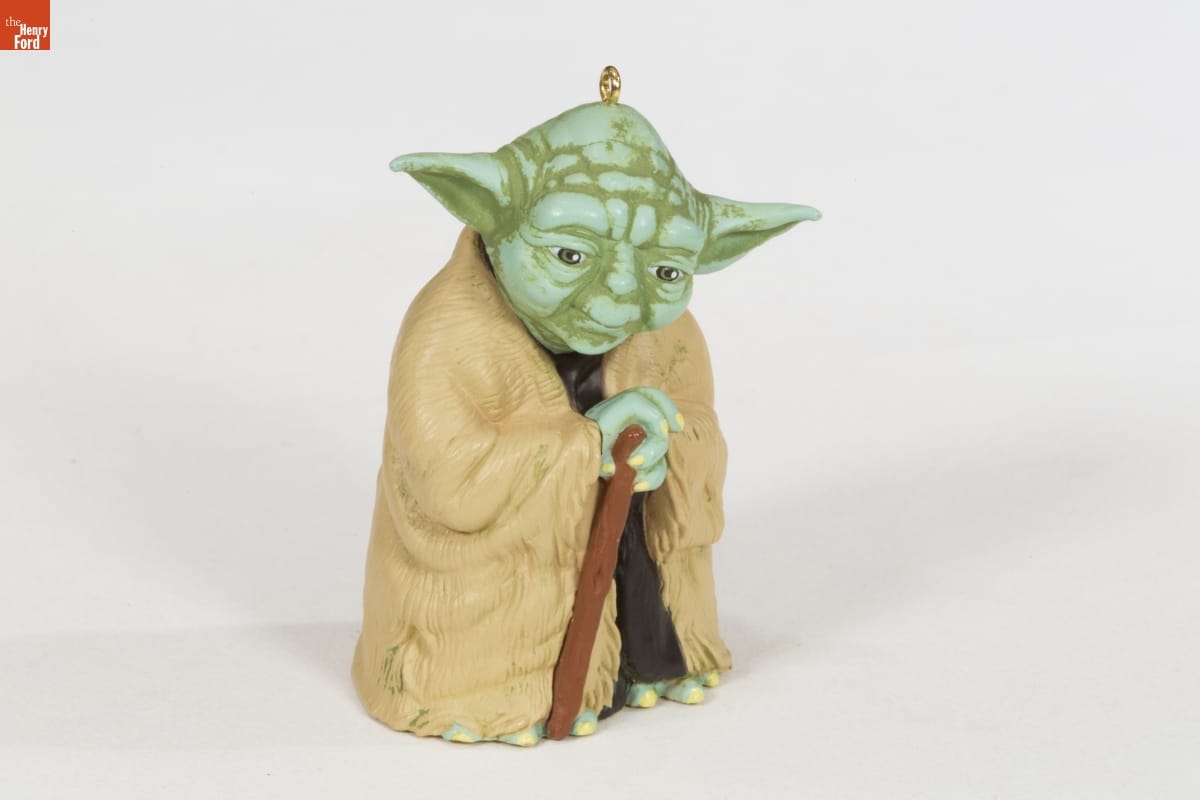 Since then, the company has kept its finger on the pulse of popular tastes, interests, and values. Whether you’re a devoted Hallmark ornament fan or you’re not quite sure why others are, you have to admit that this entrepreneurial company has revolutionized Christmas decorating. 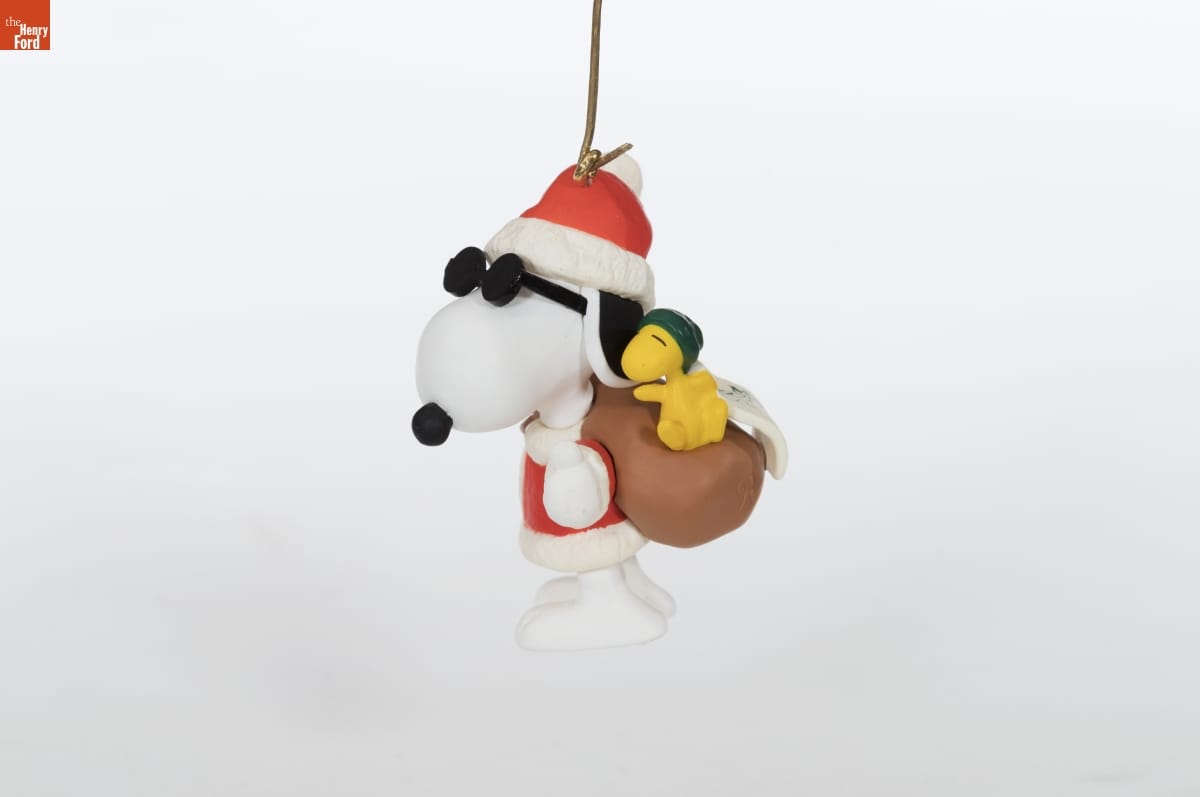 The Henry Ford recently acquired a collection of thousands of Hallmark ornaments from Indiana Hallmark retailer, The Party Shop, spanning the years 1973 to 2009. Besides being fun, artistic, and just plain charming, there are several other reasons we are excited about the addition of these ornaments to our collection. 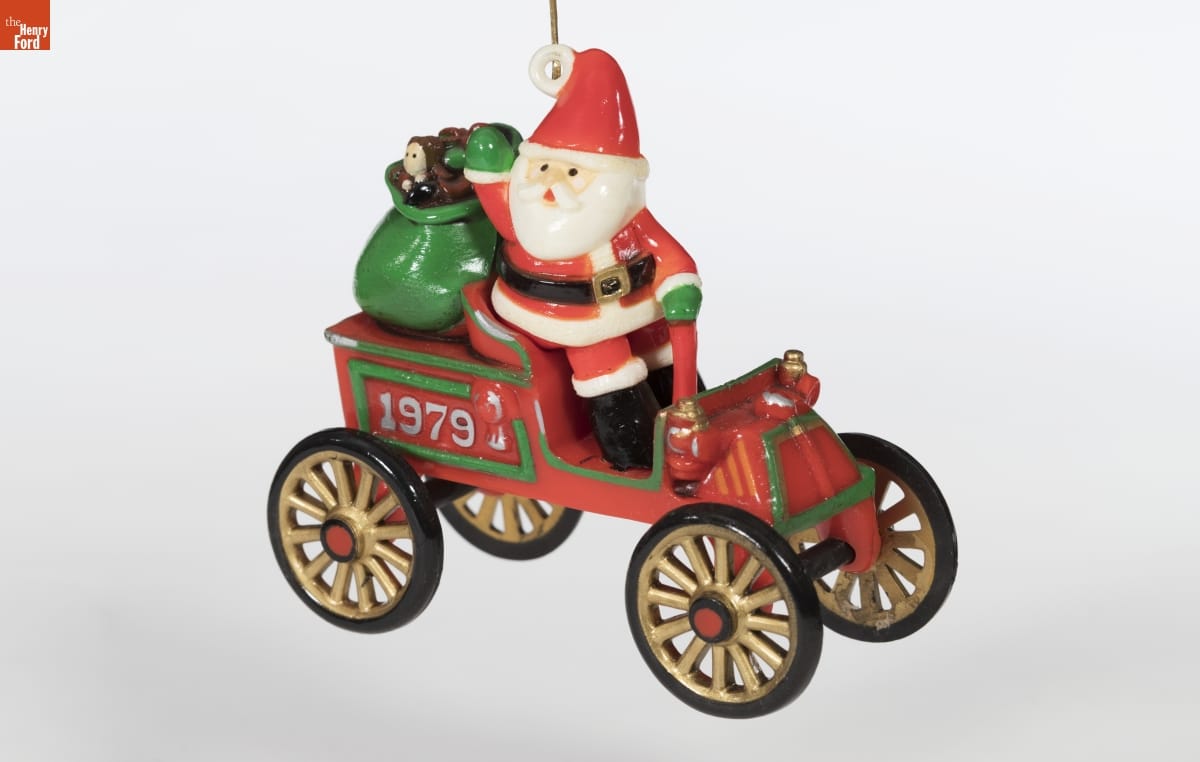 Founded in 1910 by Joyce Clyde (J. C.) Hall, Hallmark did not start with ornaments, but with cards. J. C. Hall (born 8/29/1891) grew up in small-town David City and Norfolk, Nebraska, where at a young age he sold perfume to neighbors and clerked in his older brothers’ bookstore. When he was 16, the three brothers pooled their money and opened the Norfolk Post Card Company. But the market for postcards in Norfolk was limited. As story has it, in 1910, J. C. dropped out of high school, crammed two shoeboxes full of postcards, and boarded a train for Kansas City, Missouri. He called on drugstores, bookstores, and gift shop owners, wholesaling products that were created and manufactured by others. As business picked up, he ventured to outlying railroad towns. He and his brother Rollie were soon able to open a specialty store in downtown Kansas City, selling postcards, gifts, books, and stationery. Unfortunately, their inventory was wiped out by a fire in 1915. But they were able to float a loan and bought an engraving firm, which set the stage for the creation of their first original Hallmark card designs. In 1921, brother William joined them and in 1923 the three brothers formed Hall Brothers.

To establish Hallmark as a recognizable brand, it was J.C. Hall’s idea to begin placing ads in women’s magazines. In 1928, J. C. Hall came up with the brand name “Hallmark” because it both incorporated the family name and was an allusion to goldsmiths’ “hallmark,” a mark of quality. The company began to sell its greeting cards nationally. In 1944, Hallmark’s sales and marketing executive Ed Goodman came up with the tag line, “When You Care Enough to Send the Very Best” (using three important company values: caring, quality, and “the best”). In 1954, the company changed its name to Hallmark Cards, Inc. 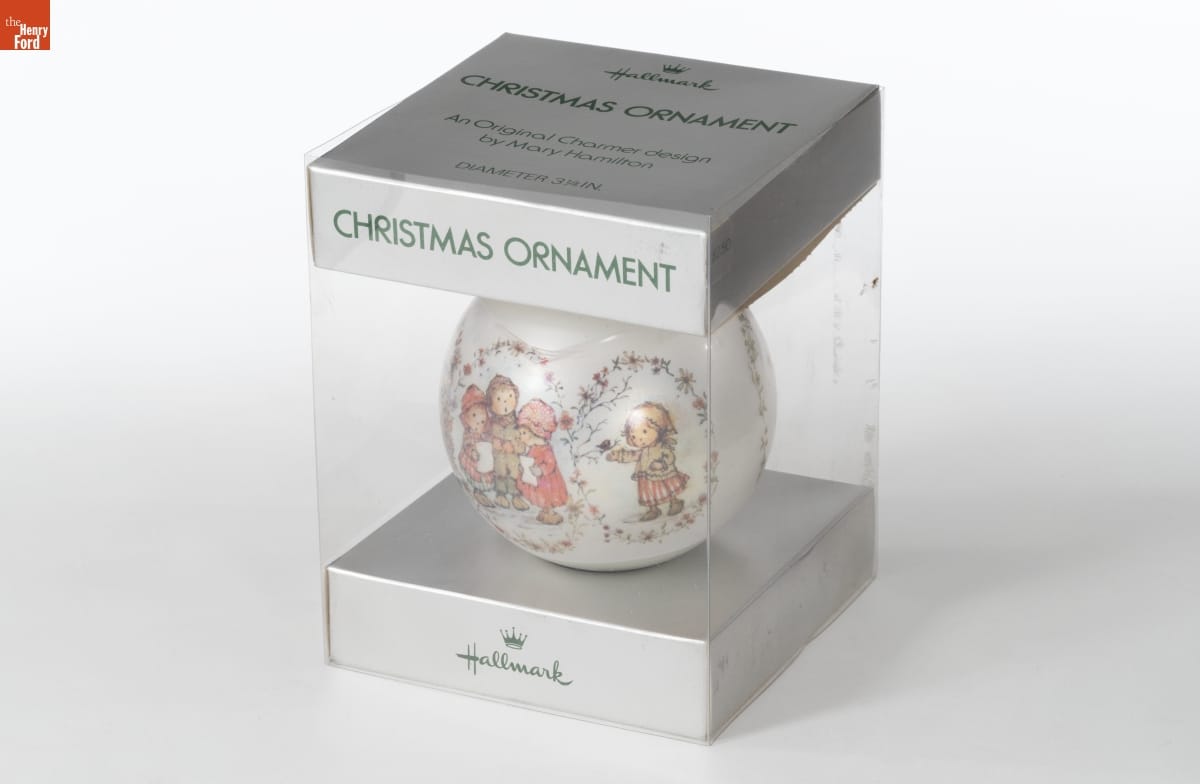 J. C. Hall stepped down as president in 1966, and his son Donald J. Hall became the new president and CEO. Under Donald, Hallmark grew and expanded its quality products to a global market. Ornaments were introduced in 1973. The Hallmark Gold Crown Store program was formalized in 1986, with a network of independently owned and operated retailers to build on the strength of the Hallmark brand and its products. The company acquired complementary companies during the 1980s and 1990s, beginning with Crayola in 1984. 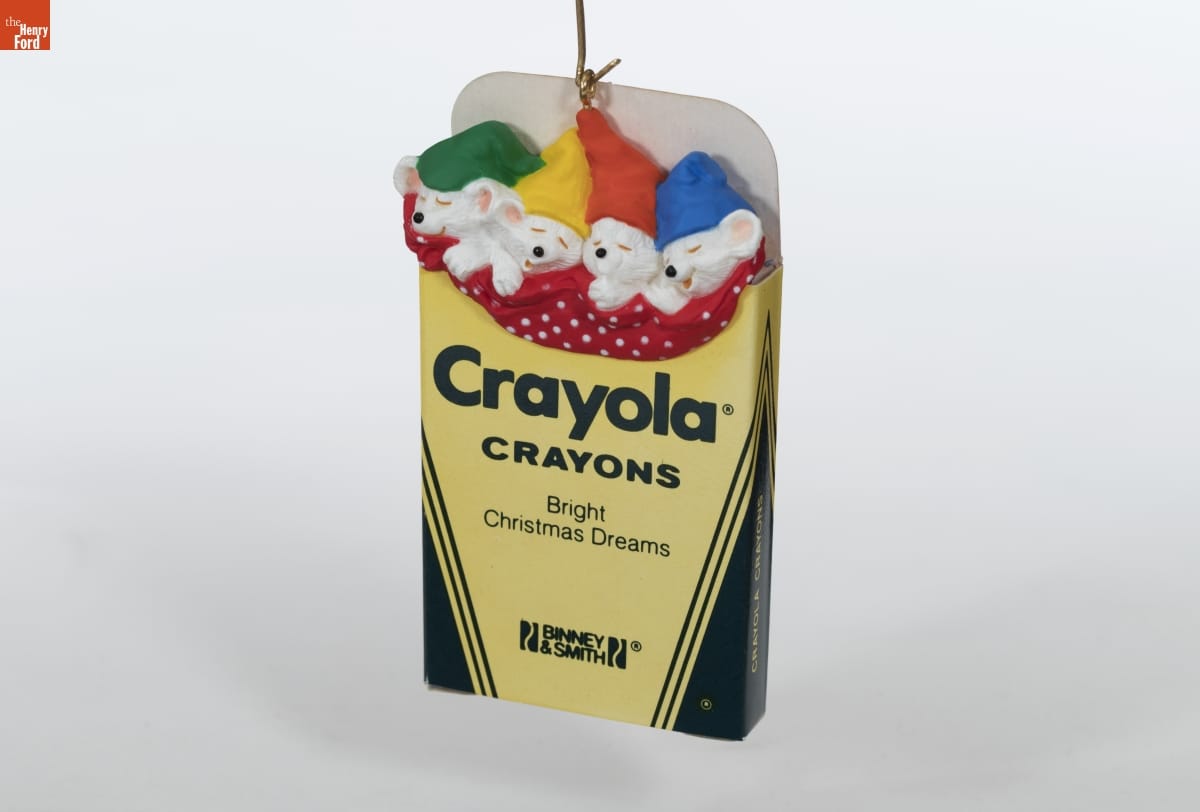 Since its beginnings, Hallmark has been known for taking risks and being innovative. In 1917, Hallmark “invented” modern gift wrap by printing its own wrapping paper. The company also patented the “Eye-Vision” greeting card display racks, beginning the idea of displaying greeting cards on public view rather than hiding them in drawers. 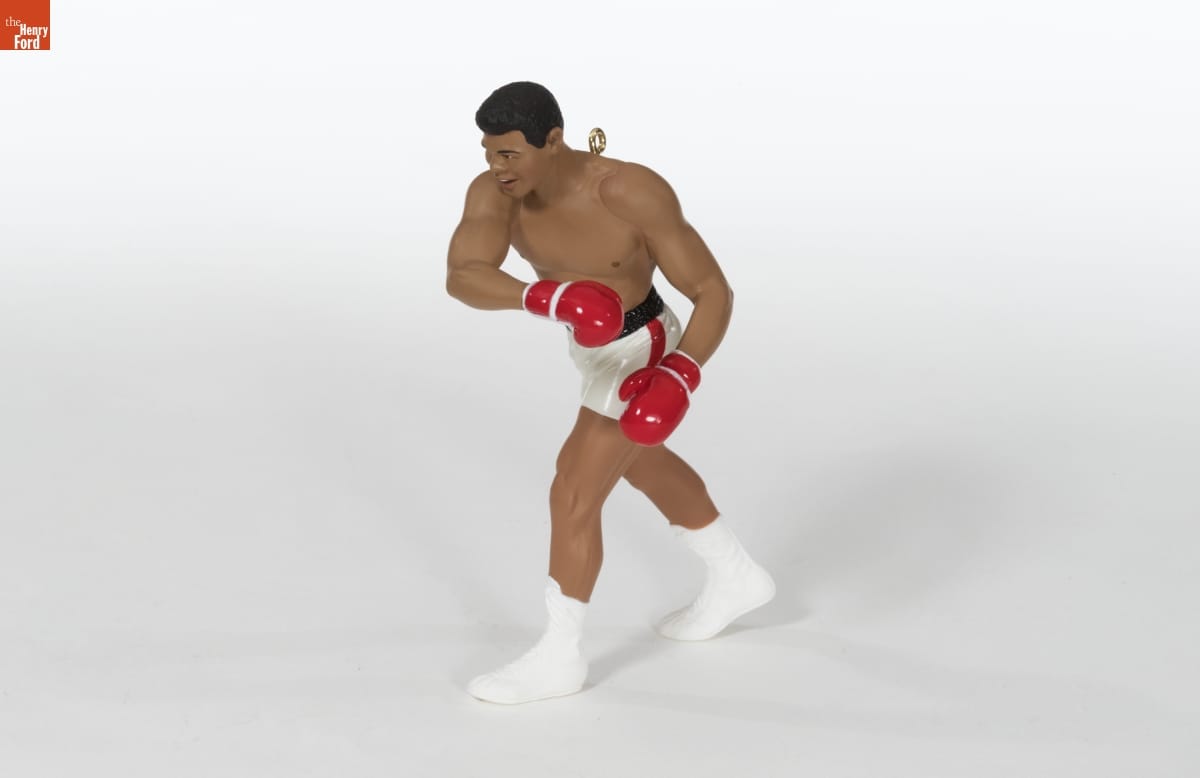 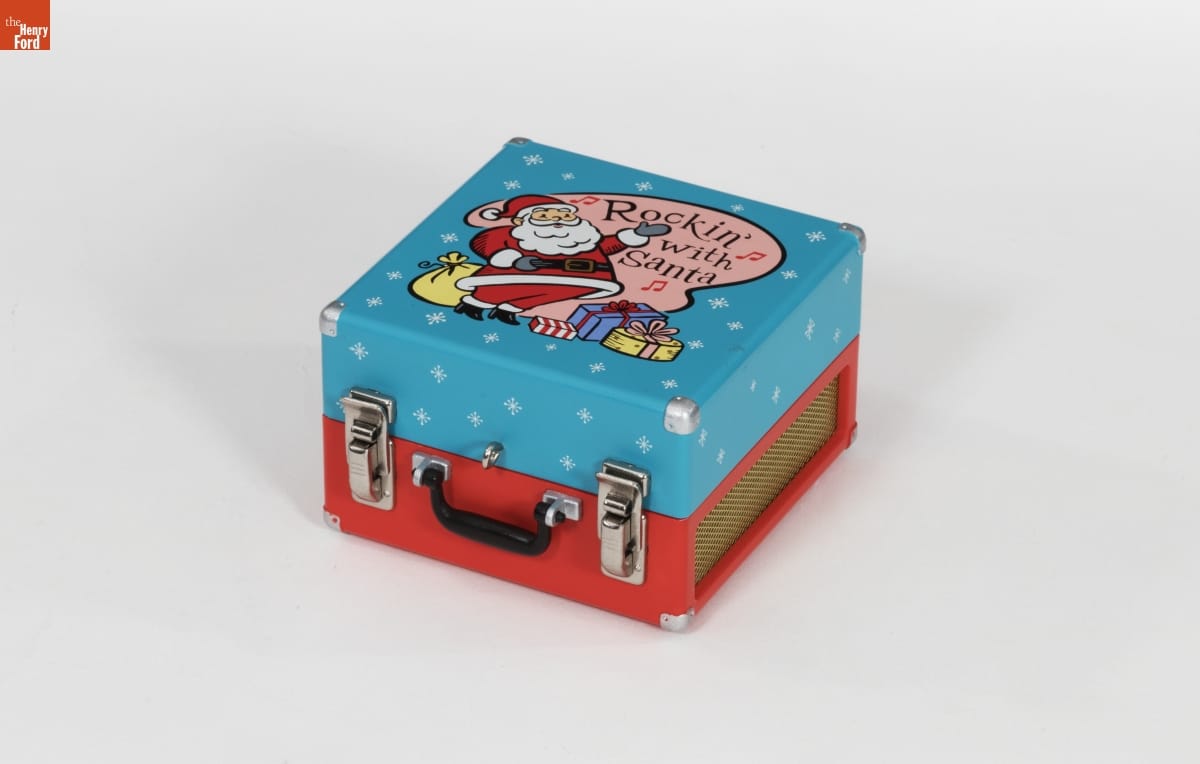 Hallmark has continually embraced innovation in the design, technology, and marketing of its ornaments. These include: the use of artists to create original designs; unique translations of cultural celebrities, phenomena, and design trends; groundbreaking experiments in applying sound, light, and other special effects; and sparking the phenomenon of ornament collecting through the creation of a collectors’ club and development of several-year-long ornament series. Hallmark Cards, Inc. has built an extremely successful business around the core mission of reinforcing stability and connectedness within a rapidly changing world. The company believes that their products and services must enrich people’s lives; that creativity and quality—in their products, services and all that they do—are essential to their success; and that innovation in all areas of their business is essential to attaining and sustaining leadership. 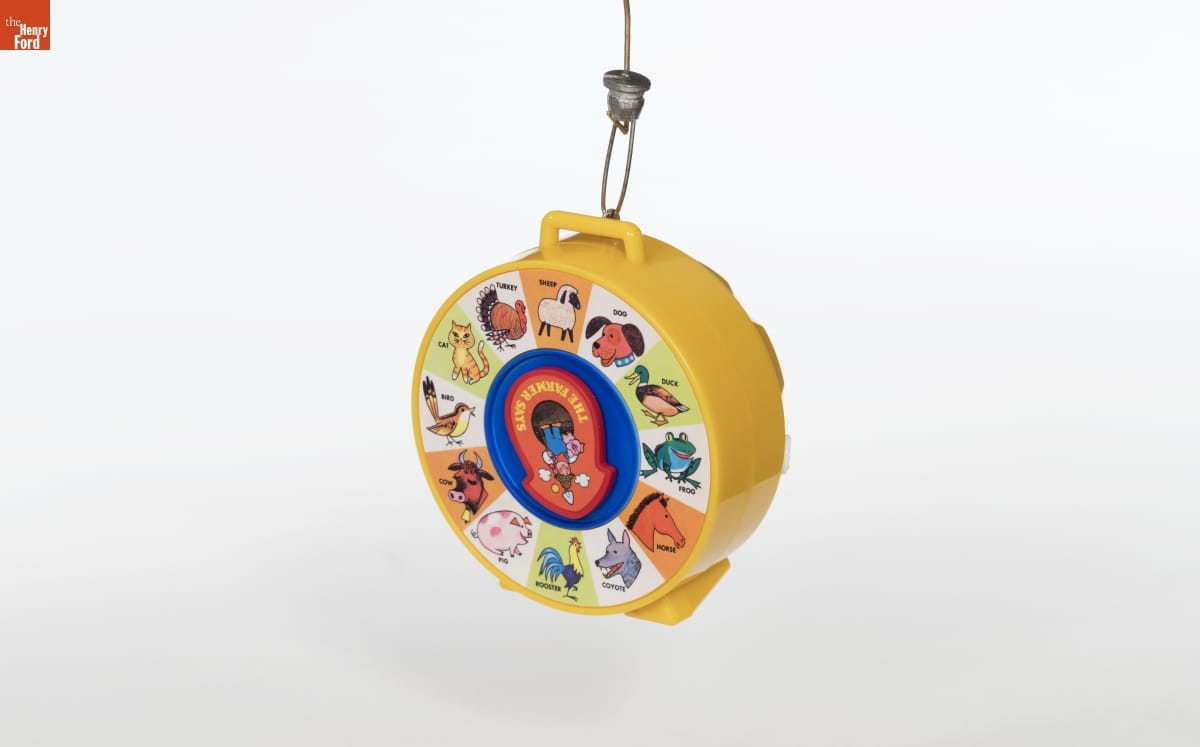 There is a reason why the most popular ornaments over time have moved from traditional glass balls to “figural ornaments”—that is, ornaments designed to represent something, from Christmas motifs to popular toys to characters in movies, TV shows, and children’s books. Many consumers tell Hallmark that they view the company’s Keepsake Ornaments as more than just holiday decorations. They help them relive special memories, remember special people and events, and express their own unique interests and personalities. Connected to an Entrepreneurial Family

One of the company’s greatest innovations was establishing an international chain of independent Hallmark stores to encourage sales, customer loyalty, and reinforce their brand. The Henry Ford’s collection of ornaments was once displayed at one of these stores—The Party Shop, a 12,000 square foot Hallmark store in Warsaw, Indiana. The family who owned and operated the Party Shop and the Hallmark Ornament Museum displayed within it epitomizes an entrepreneurial family who embraced Hallmark’s mission. 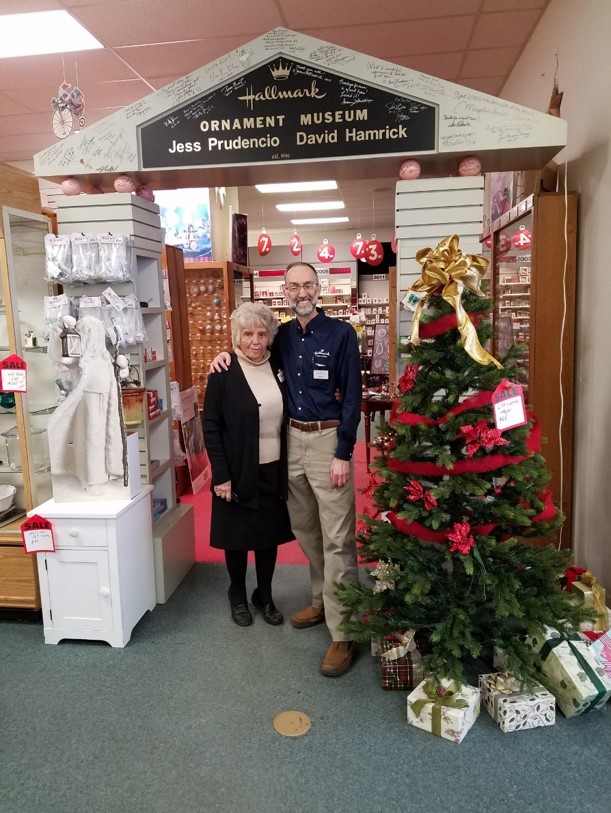 Norman and Dorothy Snyder bought The Party Shop in Warsaw, Indiana in 1978. They were looking for a career change and thought that owning a Hallmark store would both be enjoyable and align with their own values. During the 1980s, the Snyders bought or added several stores, both locally and in surrounding small communities. They and their two children, David and Dana, managed these stores.

In 1989, the family moved The Party Shop from downtown Warsaw out to a 4,400 square foot store in a shopping center on the outskirts of town. They kept outgrowing their space until, in 1996, they moved into their final location—a 12,000 square foot store in that shopping center, about three times the size of most Hallmark stores! It was then that they opened the Hallmark Ornament Museum, aided by the donation of an earlier collection amassed by a friend of their son David. They stopped adding to the collection in 2009, because they just couldn’t justify adding more cases—the space was needed for the retail operation. 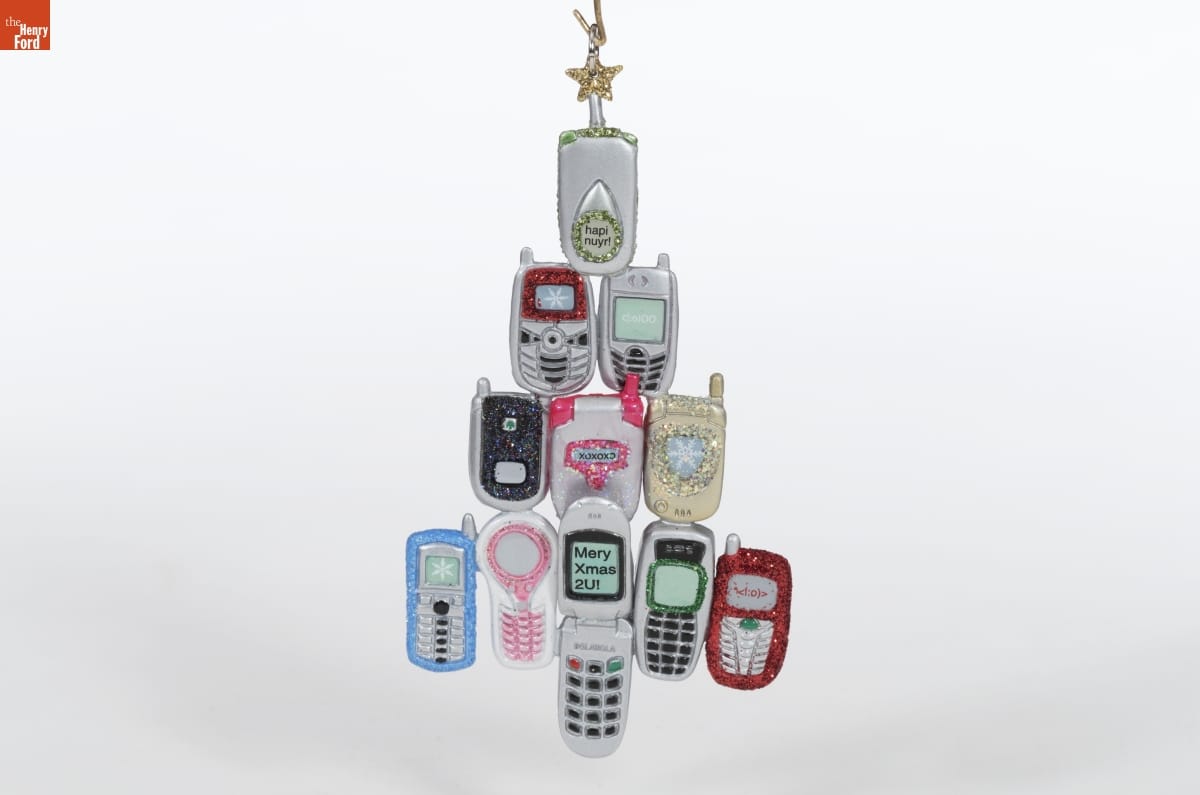 A visionary founder; a successful brand; risk-taking and innovation; a mission-driven company; customer focus; and connections with an entrepreneurial family—these are the qualities that mark our new Hallmark ornament collection. So, they may be cute; they may be funny; they may seem overly sentimental at times. They also make a perfect acquisition for The Henry Ford.

Watch for a growing number of these ornaments to appear in Digital Collections on our website and be sure to check them out in person at Henry Ford Museum of American Innovation during the holiday season.

Donna R. Braden is Senior Curator & Curator of Public Life at The Henry Ford. She was aided in this blog post by Jeanine Head Miller, Curator of Domestic Life and fellow collaborator on “all things Hallmark.”