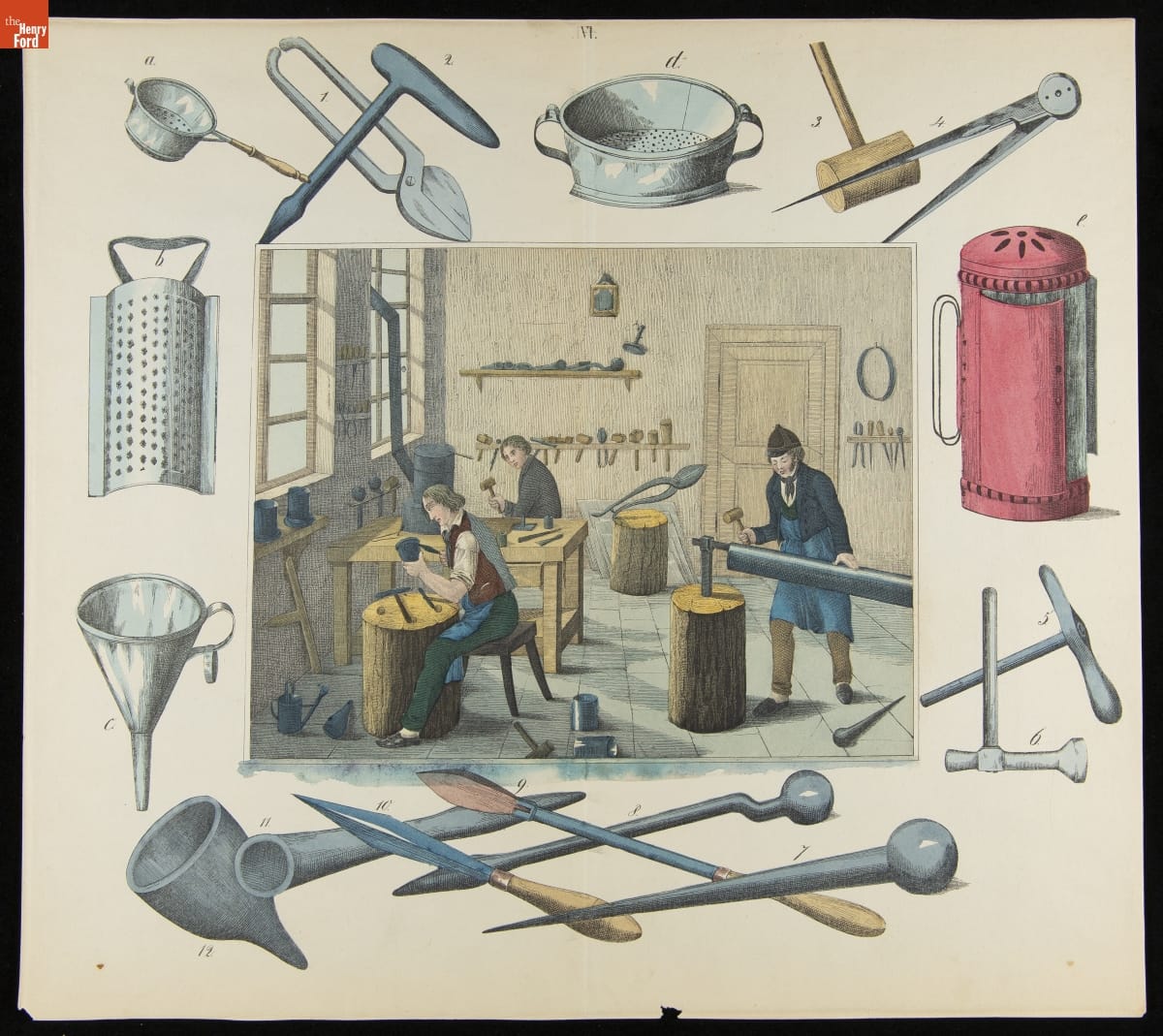 This circa 1840 lithograph depicts several examples of tinware as well as some of the tools and processes used to make it. / THF626375

During the 19th century, tinplate or tin (actually iron coated with tin) was the dominant material for utilitarian items, both in American homes and in public spaces like offices and stores. Tin was lightweight, inexpensive, easy to clean, nontoxic and durable. As long as its coating remained intact, it resisted corrosion and had a pleasing silvery appearance. Tin goods, known as tinware, could be decorated to further enhance their appearance through japanning (coating with a resin to produce a dark, glossy finish), painting or pierced designs. Middle-class Americans happily purchased articles made of tin in place of equivalent housewares made of earlier materials: heavy cast iron, old-fashioned wrought iron, hard-to-clean wood, dull pewter and breakable pottery. 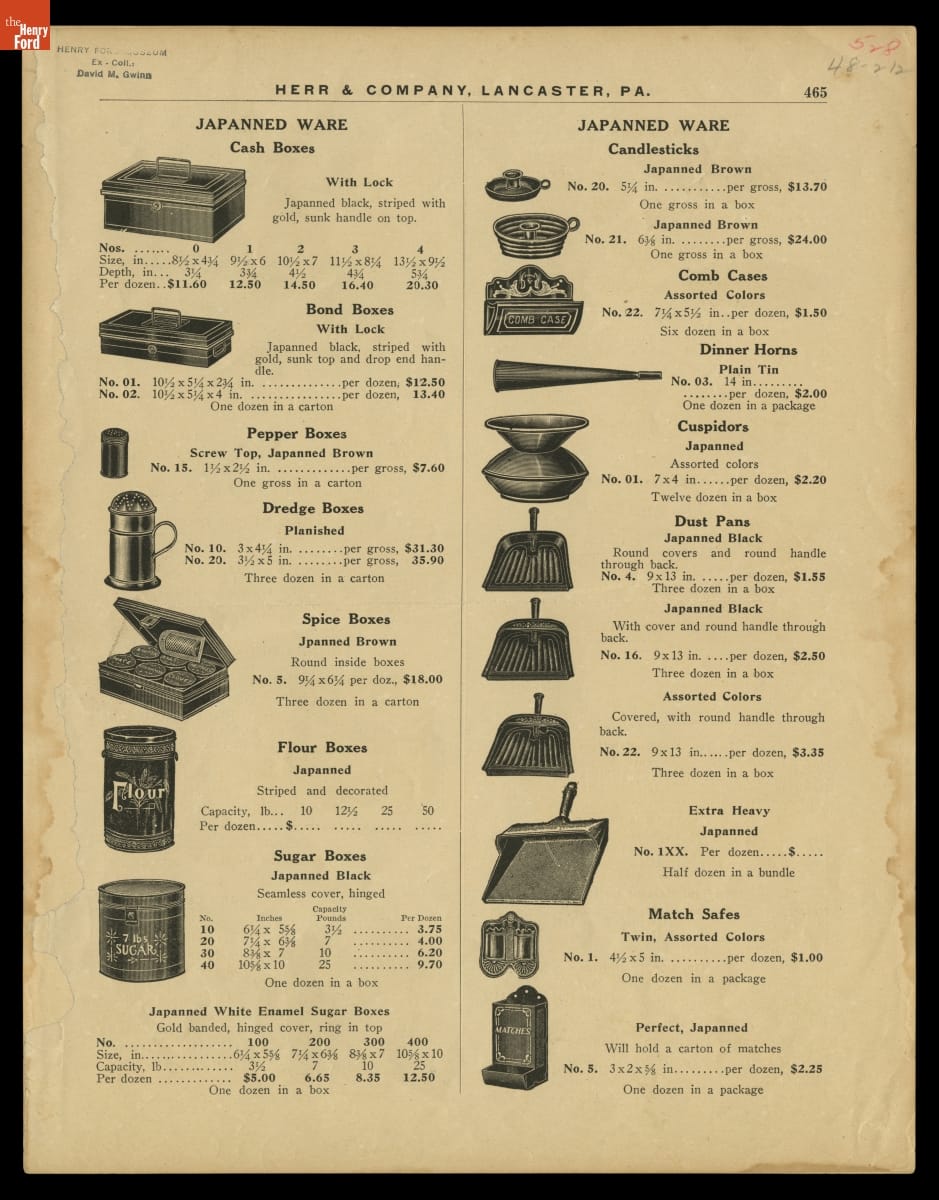 The range of tinware made in local tin shops was almost endless. Most were highly utilitarian articles including kitchen utensils, bakeware, containers, lighting devices, stove piping, food safes and foot warmers. Customers also brought in broken items, whether made of tin or another material, to have them repaired. For example, they might have the tinsmith replace the broken handle of a piece of pottery with a newly fashioned tin one, as this was much less expensive than purchasing a new piece of pottery. 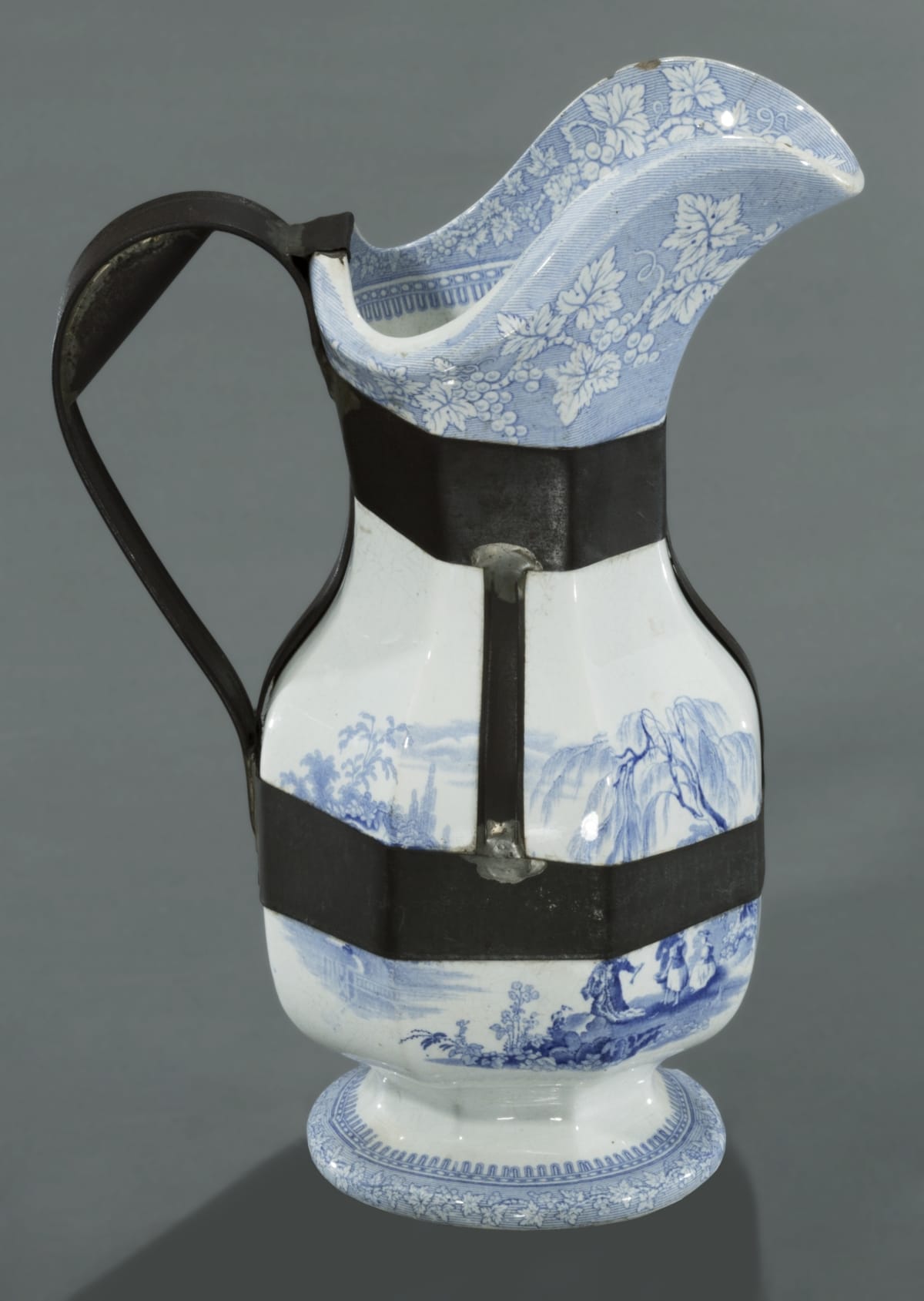 Tinware’s dominance persisted until the late 19th century, when it began to be superseded by goods made of materials that were considered even more attractive. These included speckled graniteware (steel with a porcelain-enamel coating) and, for showier items like teapots and coffeepots, Britannia (a combination of tin and antimony with small amounts of zinc, brass and copper) and silver plate (silver-coated iron). By the early 20th century, more durable materials – aluminum and galvanized or stainless steel – were becoming the new standards for utilitarian items. But tin, ever resilient, persists in modern-day products as a coating in aluminum cans and in combination with lead as a solder to join metal pieces together.