In 2017, I had the opportunity to work with our curator of domestic life, Jeanine Head Miller, on a new Expert Set featuring alphabet blocks and spelling toys from our collections. We chose one example based on a nearly 20-year-old photograph from our collections database. It was dated between 1860 and 1880 and appeared to be a set of wooden alphabet blocks with images printed on the reverse that could be assembled to complete two puzzles. Notes in the database and an image on the box lid alluded to more, so we decided to re-photograph the blocks before adding them to our Digital Collections. 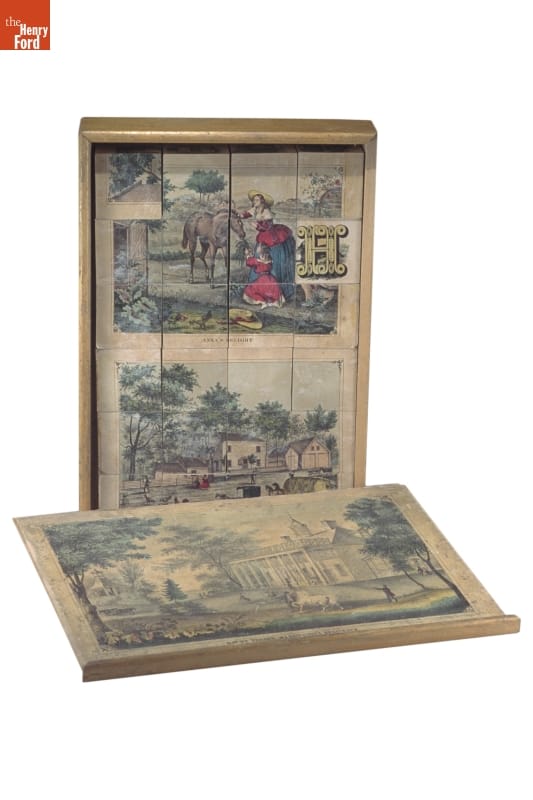 While conducting research for the Expert Set, I visited our photographic studio to see the blocks in person. They were in good condition, and I was able to carefully – with gloves and on a clean surface – assemble each of eight possible solutions, revealing not only the alphabet and two 12-block puzzles visible in our existing photograph (“The Farm” and “Anna’s Delight”), but two other pastoral scenes of the same size (“Grandfather’s Visit” and “My Country Residence”), two full-size, 24-block historical images (“William Penn’s Treaty with the Indians” and “Mount Vernon – Washington’s Residence”), and a map of the United States. The borders and place names on the map gave us hope that we might be able to narrow the date range for these blocks, but some text on the Mount Vernon puzzle gave us an even better clue – the lithographer’s name! 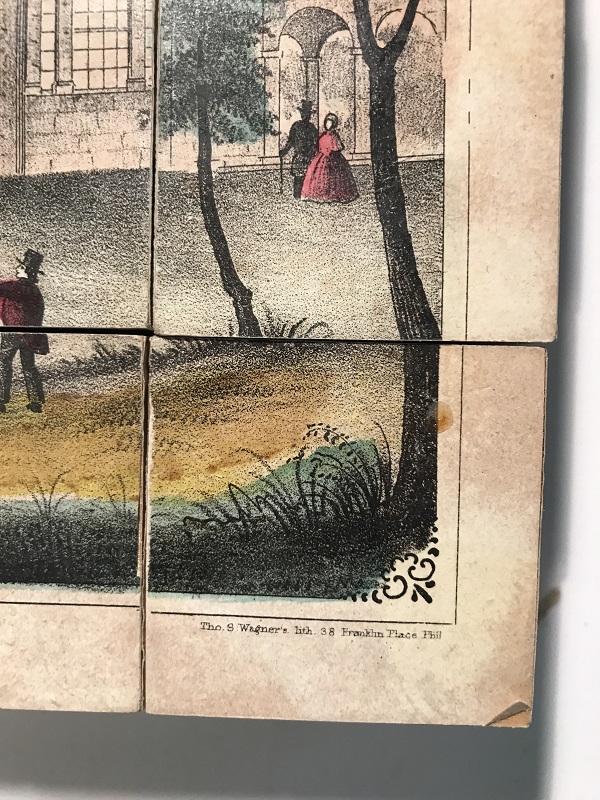 A quick Internet search (an invaluable tool for modern museum research) revealed that Thomas S. Wagner worked as the sole proprietor of his Philadelphia lithography firm for a short time, between a dissolved partnership with fellow lithographer James McGuigan in 1858 and Wagner’s death in 1863. (Interestingly, according to the Library Company of Philadelphia, Wagner was “one of the few publishers of wooden lithographic puzzles” at that time.) Not only were we able to considerably narrow our date range from 1860–1880 to 1858–1863, we could now add creator information to our records!

We decided to have our photographer, Rudy Ruzicska, and digital imaging specialist, Jillian Ferraiuolo, create just a few official images of the picture puzzle – enough to document the box and individual blocks and to give online viewers a sense of the possible solutions. But I also captured reference photographs of each of the 8 completed puzzles for our collections database. These wouldn’t typically be available to the public, but to celebrate our recent digital collections milestone – 100,000 artifacts! – I’ve shared a few of them below. 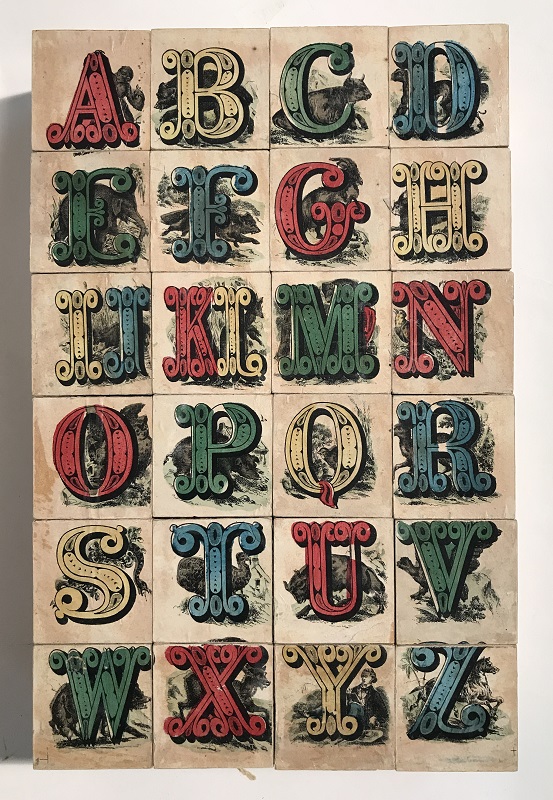 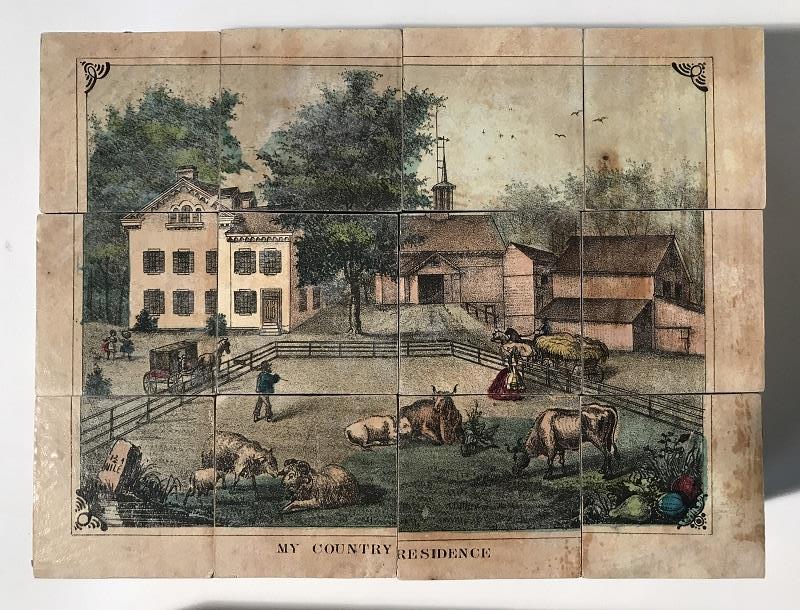 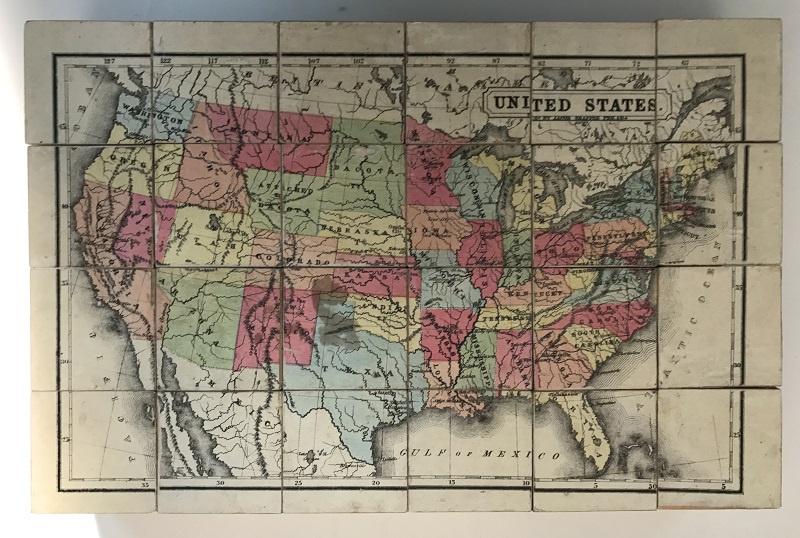