A Radio for the Beach 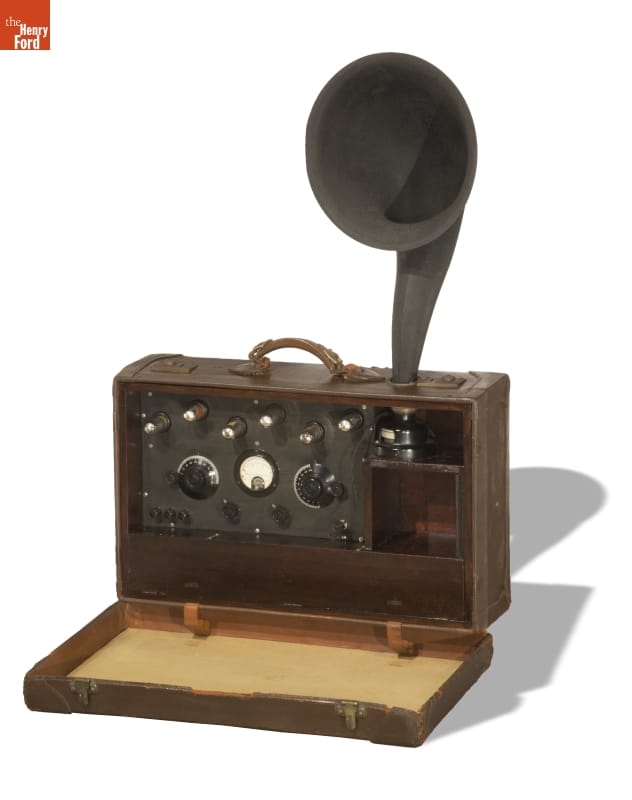 A far cry from today’s pocket-sized MP3 players, the radio pictured above nonetheless advanced the idea of “portable radio.” This device was created in 1923 by Edwin Howard Armstrong—an inventor and pioneering electrical engineer. As the world’s first portable “superhet” radio receiver, this set is powered by six vacuum tubes, has a compartment for a battery, and a detachable horn for amplifying sound. It can be latched shut and conveniently carried by its handle, like a suitcase.

Armstrong’s legacy is rooted in three essential advances in radio history: regenerative circuits, superheterodyning, and frequency modulation (known to us today as FM radio). Individually, each of these concepts acted as some of the most important discoveries in radio history. Together, they helped to raise radio up to a new level. These concepts amplified radio waves, allowing voices to be carried rather than the dots and dashes of Morse code, and by extension, turned radio into an accessible and collective experience.

Superheterodyning
The superheterodyning principle discovered by Armstrong is embedded within the radio receiver above, and has carried over to virtually every modern radio created since. Heterodyning involves mixing two different radio frequencies to create a third frequency, which could be used to tap into very sensitive high-frequency radio waves. Modern radio as well as televisions and cell phones owe a lot to the “superhet” concept. 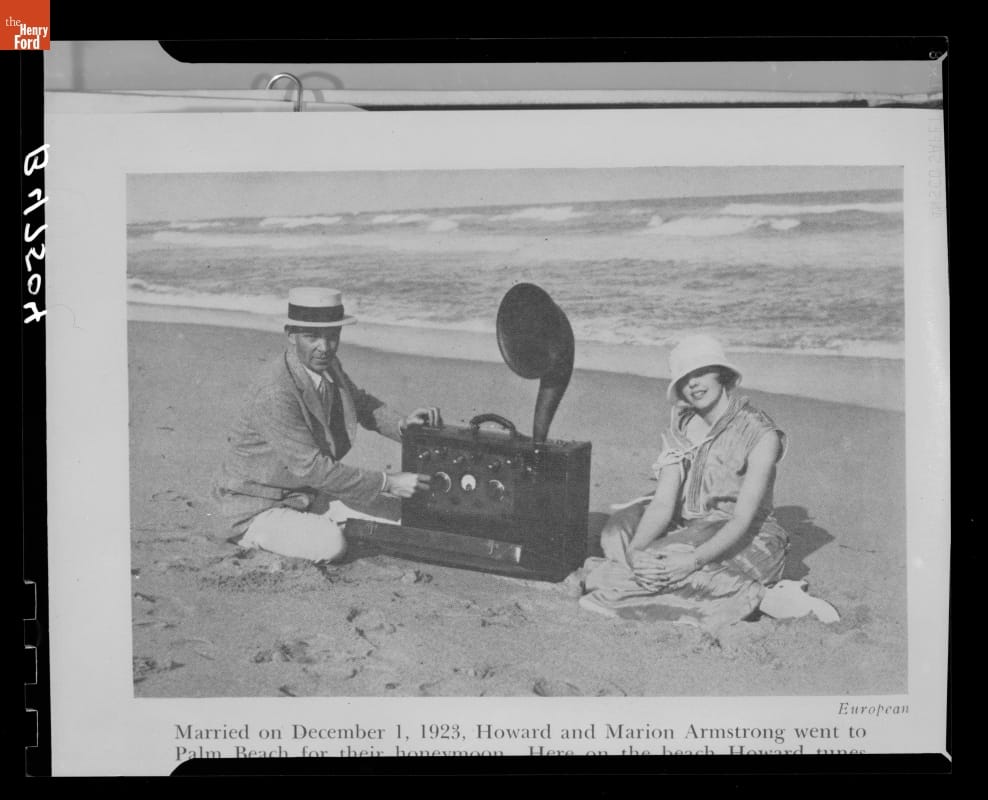 Tunes for the Honeymoon
Not only was Armstrong an intrepid inventor, he was also a daredevil. His shy persona was a contrast to his bold innovations and daring publicity stunts. Before he married his wife Marion, he climbed to the top of the RCA tower in New York City to impress her. Apparently, it worked—because we soon see Marion and Armstrong on their honeymoon, sitting on the shore of Palm Beach in Florida. Armstrong built the portable radio in this image as wedding gift to Marion, and it is the same radio in the collections at The Henry Ford. 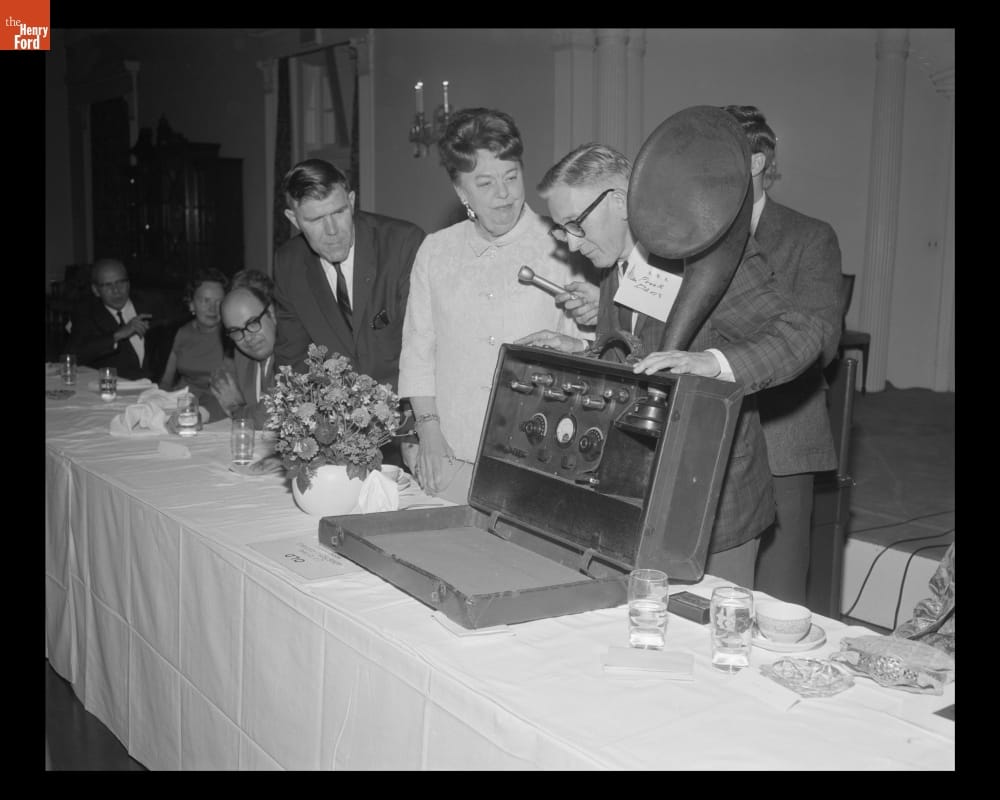 Armstrong’s Legacy
Armstrong was well known in his own time, and was highly respected. His story is also tragic, because he spent decades of his career in legal battles over patents that other inventors raised against him. Even though he would receive credit for his contributions to radio, much of that vindication came after his 1954 death. In the image above, we see Marion Armstrong donating her husband’s radio to The Henry Ford in 1967.

Although today’s radio formats are shifting towards satellite and subscription services, if you’ve ever listened to a car radio where you a spin a dial to tune in to a station—you’re listening to Armstrong’s FM radio.

The sonic imprints of his legacy continue to bleed into our everyday lives: from voices on the airwaves, to entertainment on the road, to enlivening a relaxing walk with headphones—or a summery day with music at the beach.