An Introduction to Cataloging Our Artifacts

As a Collections Specialist in the Registrar’s Office, I help catalog The Henry Ford’s collection. If you have used our Digital Collections, then you have seen a small part of what we capture when cataloging.

Cataloging is the process of documenting collections objects by recording information in a computer database. We record such information as who made the object, where it was used, what its measurements are, what it is made of, how it may have been used, and any related stories. In order to fully flesh out catalog records, we often must become detectives to figure out an object’s past. This could be as simple as searching patent records, or as complex as using Ancestry.com to learn more about the people behind the object. 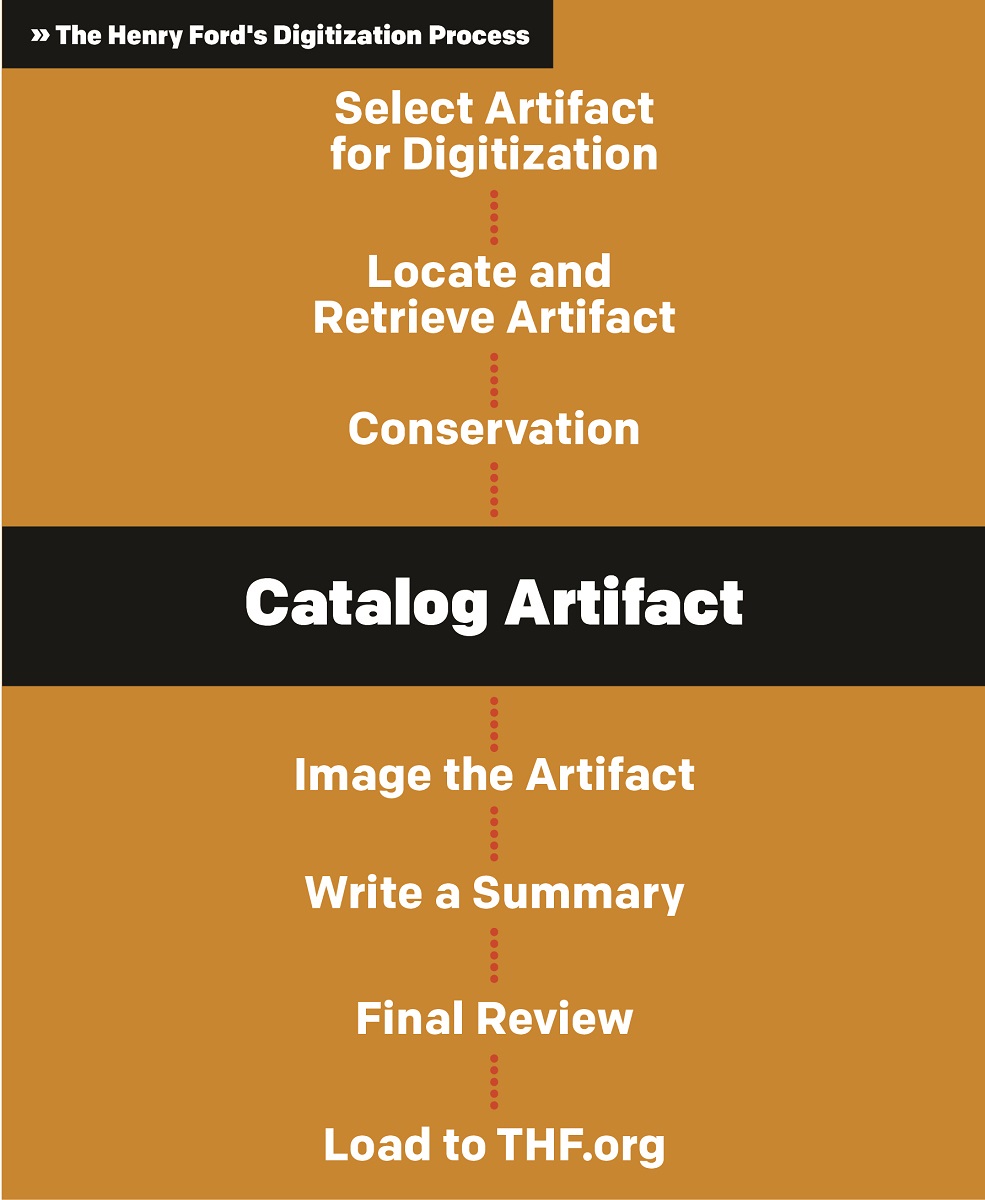 This graphic shows how cataloging fits into our larger digitization process.

So how do we catalog? Using standards that have been informed by the Getty Research Institute’s Art & Architecture Thesaurus, Library of Congress, and Nomenclature 4.0. We have adapted these standards and developed our own to ensure that each cataloger is on the same page. These standards guide us when describing the objects we are cataloging to ensure we use the same language—for example, whether or not to spell out the Saint in Saint Louis. This consistency will make sure the records are easily retrievable, both in our database and online.

Each object is assigned a number that enables us to track it in the collection, both physically and digitally (in our database). We record as much information as we can from the object itself. Unfortunately, most objects do not tell us when they were made, even if they do have manufacturer information. If it has patent information, that does not necessarily mean it was made in that year, either. We cross-reference catalogs, primary source documents, and sometimes other objects in the collection to narrow down date ranges. 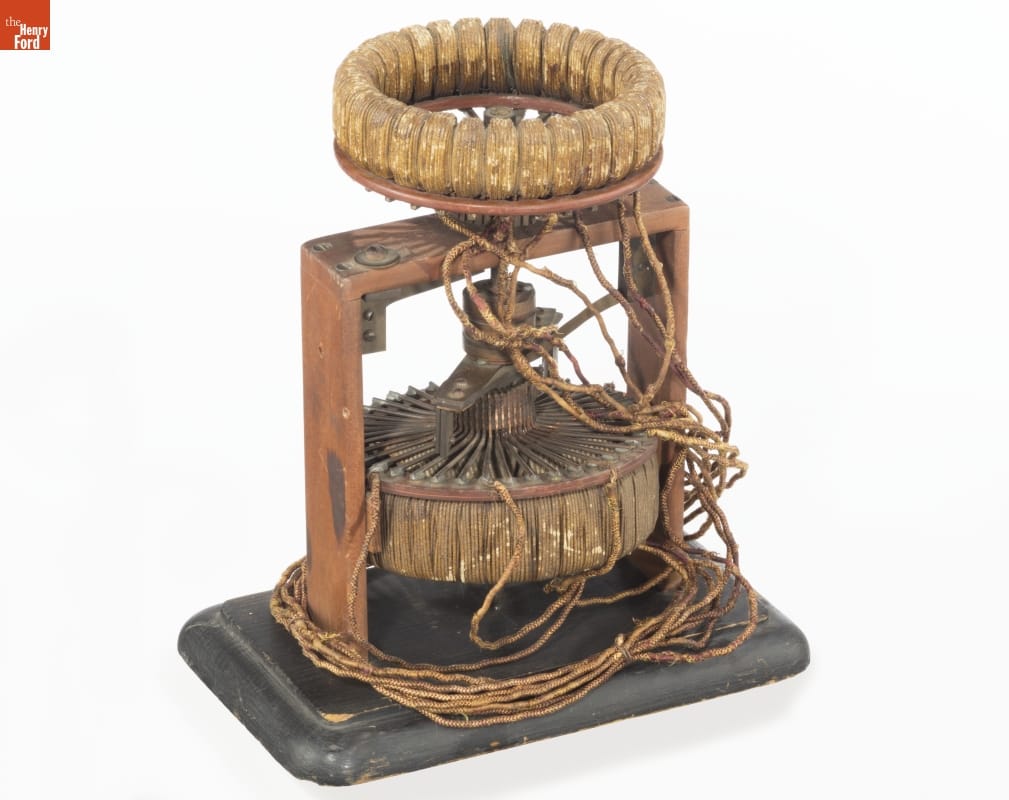 Sometimes we have to dig through genealogical records to figure out when an object was made. One such object, the motor model shown above, was documented as made by “Feigo,” but when the typo was corrected, I used Alexander J.R. Fiego’s entire professional history (from city directories available on Ancestry.com) to figure out when he made this motor model. It was fascinating tracking all of his professional changes throughout the years, as well as seeing advertisements in the city directories. Catalogers often fall down interesting rabbit holes while researching objects. Sometimes such research tangents help us connect previously unrelated objects in the collections, or we just learn more about the past – fun adventures we share with our co-workers! 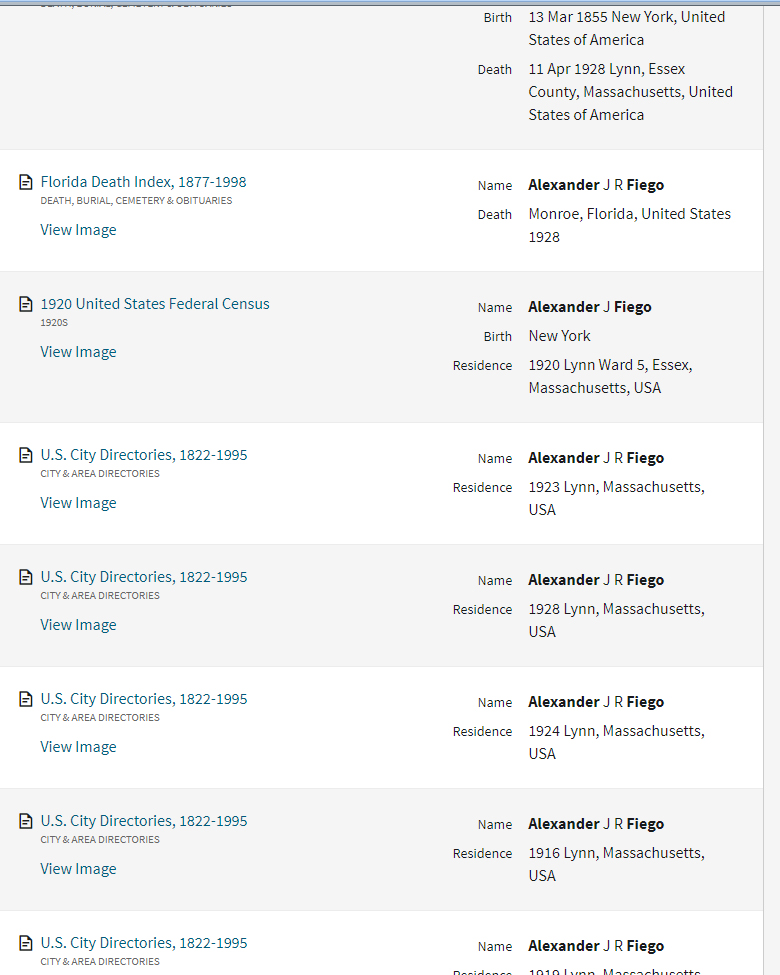 A screenshot showing some of the many records available on AncestryLibrary.com that were used when researching Alexander J.R. FIego. 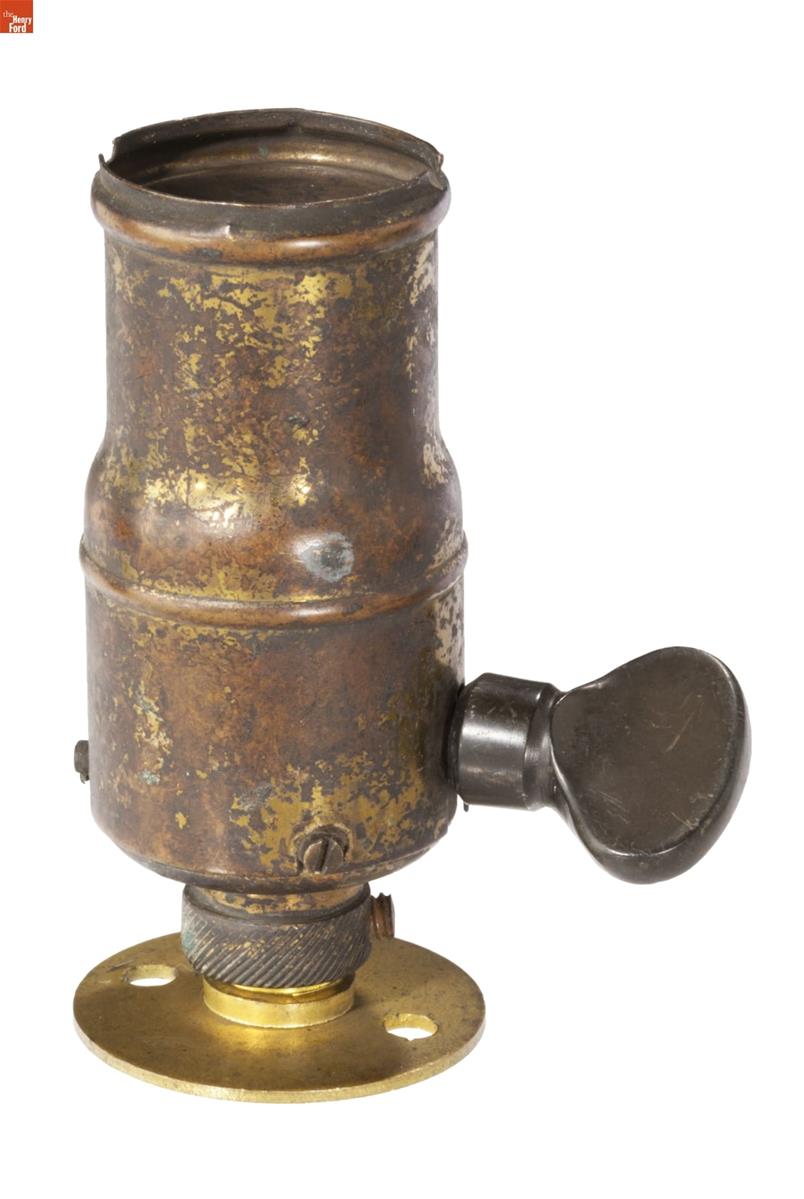 Ensuring that our cataloging information is accurate can mean poring over United States patent records to help with narrowing down dates or finding manufacturers. While researching a light socket with the inscription: PAT. MAY 6 - 84 APR 21 - 85 JUNE 16 - 85 / U.S. / SYSTEM, patent records helped not only to narrow down when the object was created, as it would not be associated with any patent taken out after June 16, 1885, but also to identify the creator. Any company with “United States” in its name, like the “United States Electrical Lighting Company,” is likely going to be a challenge to find unless they are in a niche industry. Thankfully, the light socket had full patent dates that allowed me to easily search through patent records with the help of Google Patents; the ones that helped me identify the creator of this socket are linked above, and a screenshot, below, shows one of the June 16, 1885, patents. 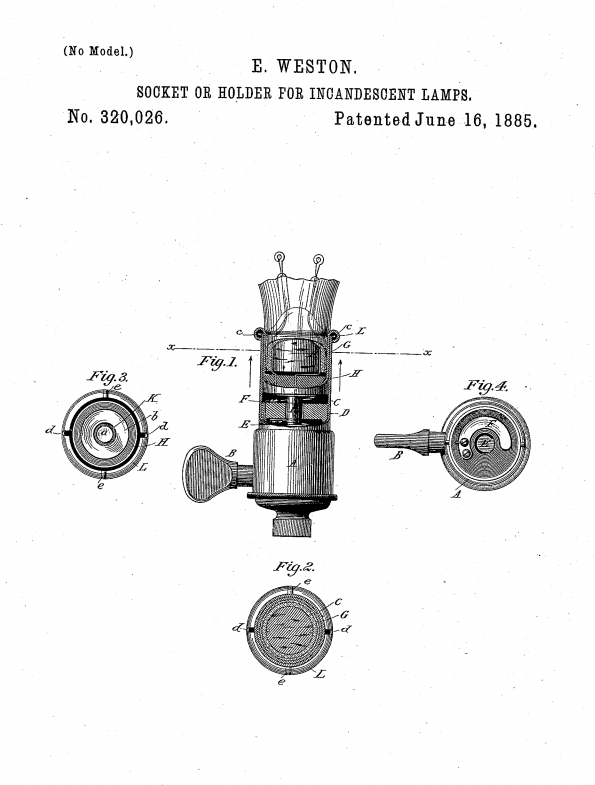 One of the three patents that was used during the course of research on 00.1164.6.

Even with all of our due diligence, objects can sometimes be disassociated from their number over time. We refer to these objects as “found-in-collections,” and when researching them, go through the same process as above. However, since we do not know when the object was donated or how the donor used it, this is where we really become detectives. If we cannot uncover its actual number using our files, then it receives a found-in-collections number in the hopes that one day we can reunite it with its provenance.

(As an aside, provenance research is a very important part of our process and can take a long time. Look for an upcoming blog post by my colleague Aimee Burpee highlighting some interesting stories we have uncovered via provenance research.)

Once cataloged, if an object is requested for digitization, it is photographed and then the object record is put through a review process. After these steps are completed, the artifact is flagged for our Digital Collections and harvested by automated processes for release online—where you can search and view it!

Laura Lipp is Collections Specialist at The Henry Ford.

by Laura Myles, #Behind The Scenes @ The Henry Ford, #digitization100K, digitization, research