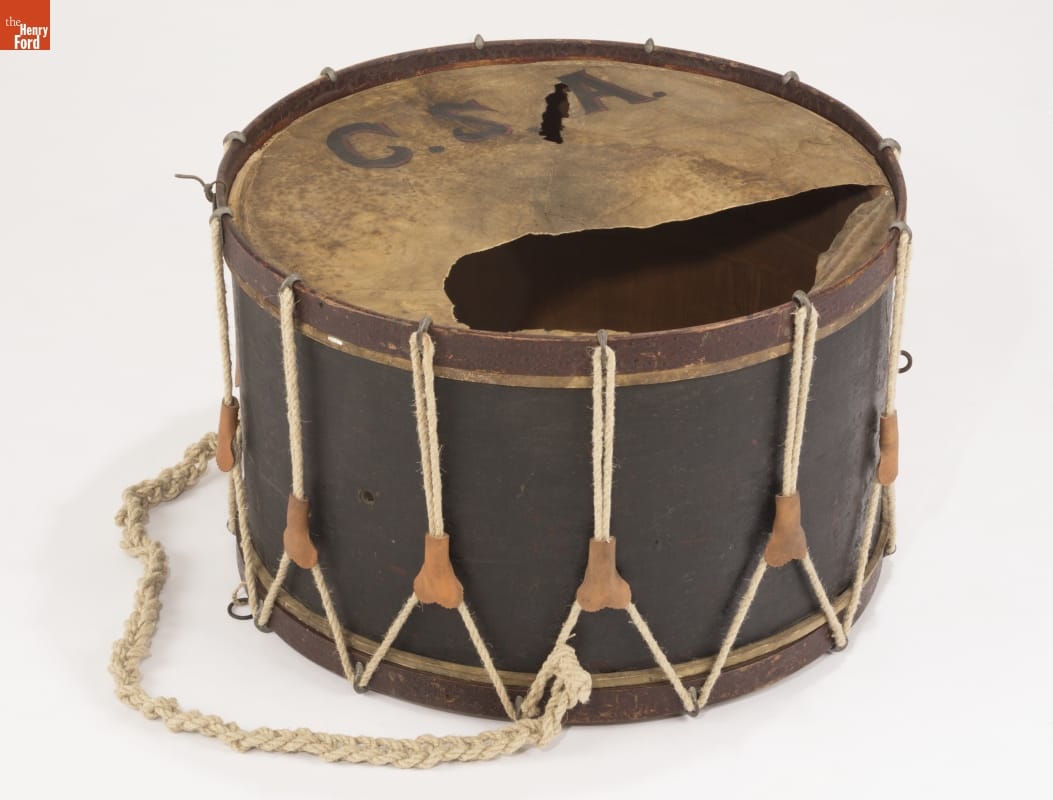 This drum was likely left behind by fleeing Confederates as Union soldiers drove them from the hill during the battle of Missionary Ridge, part of the Chattanooga Campaign in Tennessee, on November 25, 1863. The astonished Confederates panicked, broke rank, and fled pell-mell. A Union victory. In less than a year and half, the Civil War would end and the Union would be preserved. 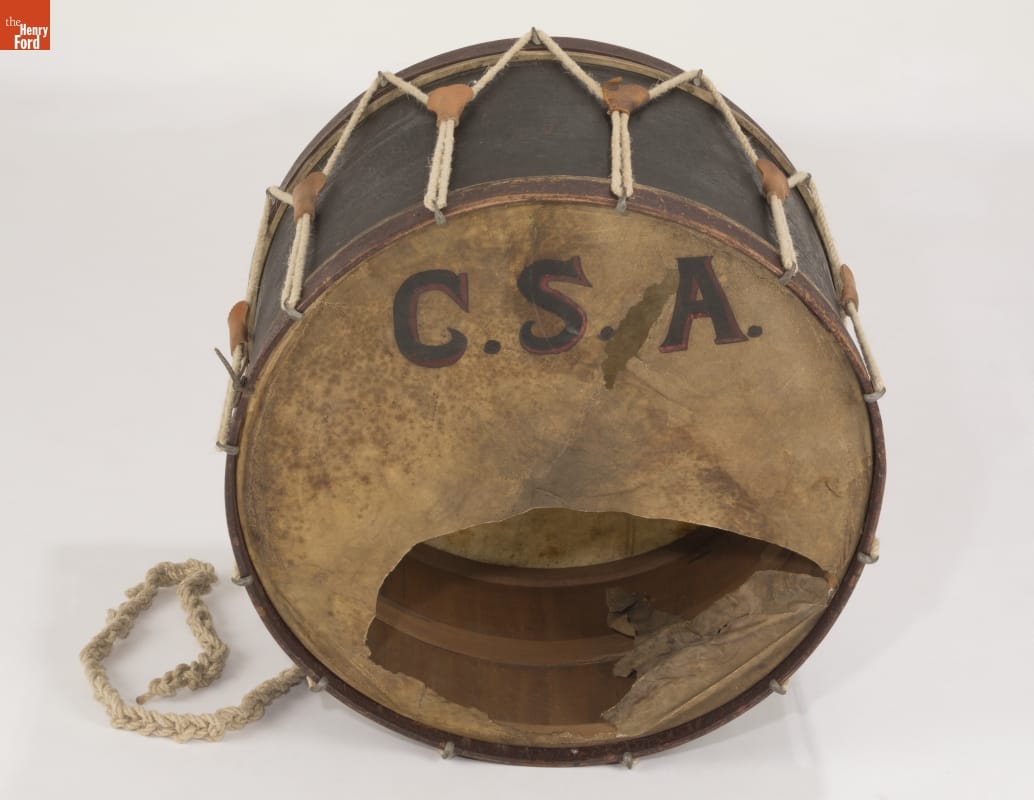 This battlefield souvenir was then taken to Fulton County, Ohio, where it was preserved by members of the local Grand Army of the Republic (G.A.R.), an organization of Union veterans. By the 1880s, Fulton County had about 11 G.A.R. posts. To these Union veterans, this drum symbolized victory over Confederate forces. The drum was likely displayed in the G.A.R. hall at Wauseon in Fulton County.