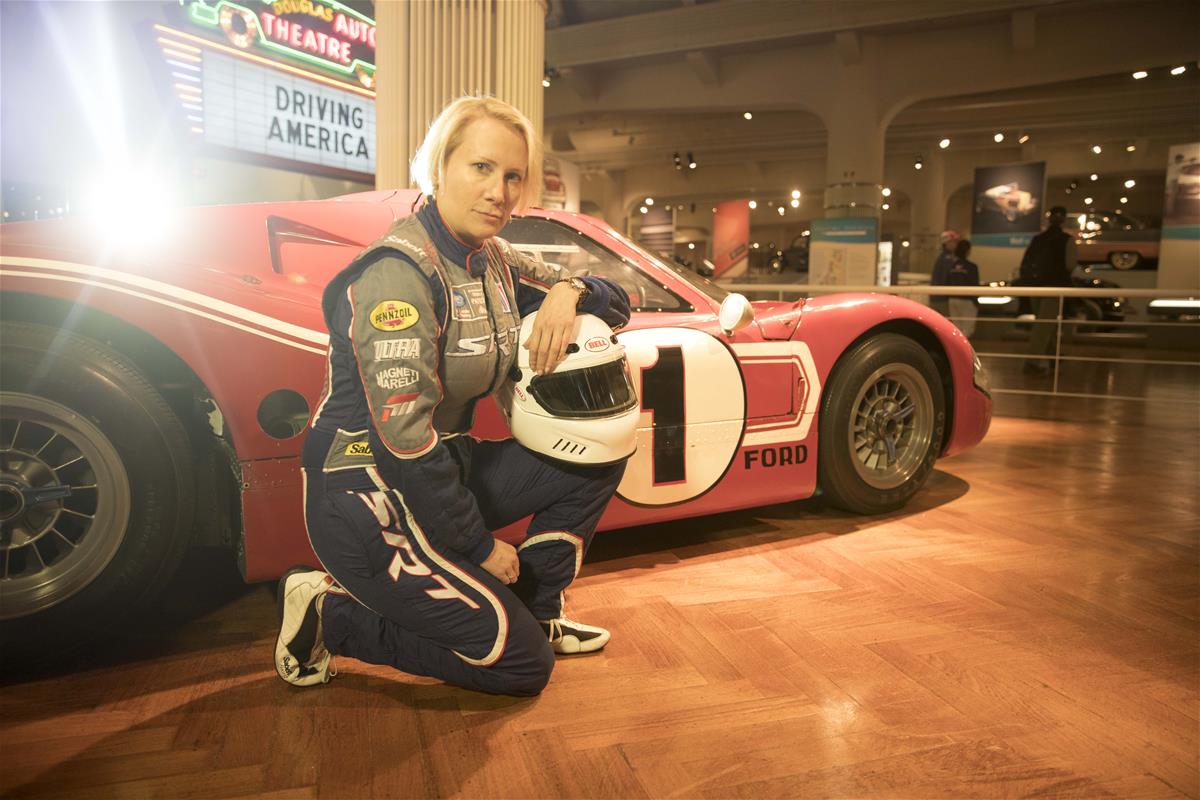 “When I was growing up, I had pictures of a Lamborghini Countach and Porsche 959 on my wall next to Duran Duran,” laughed Beth Paretta, the first female executive to lead a performance division for a major auto manufacturer.

After graduate school, Paretta took a job selling cars, then landed a management role with Volkswagen Credit. “That taught me the behind the scenes of the automotive business,” she shared. “It was a good opportunity to sit on all sides of the table, to figure out what the manufacturers and the dealers want, let alone the customers.”

She then spent four years as the U.S. operations manager for Aston Martin. Because the company was so small, this gave Paretta hands-on experience in every aspect of the business—a major factor why she was recruited by Ralph Gilles and the late Sergio Marchionne to lead the SRT brand when Fiat Chrysler Automobiles (FCA) spun it off as a separate “halo” division.

Running SRT brought responsibility for managing FCA’s American motorsports programs, taking Paretta’s life full circle. During her tenure, FCA drivers won multiple championships in NASCAR and International Motor Sports Association (IMSA). “Racing was a comfort for me since I was about 5 years old,” she said. “I found it weirdly soothing to watch, and I was mesmerized by it. At a basic level, I still find that. When I got involved, I loved solving business problems and figuring out how to do things better.”

Whether at VW, Aston, or FCA, Paretta often noticed something. “I spent much of my career sitting in meetings where I was the only woman at the table,” she said. “I’ll be honest, there were times at the beginning when I thought that was kind of cool. ‘Hey, look at me!’ But then I was like, ‘This isn’t cool at all. Why am I the only one here?’”

In 2015, Paretta formed Grace Autosport, using racing as a platform for encouraging young women to pursue STEM (science, technology, engineering, and math) careers. She hopes to eventually field a car in IMSA or the Indianapolis 500 with a pioneering all-female team.

“Racing is the fuel that keeps the spotlight on what we are doing, but the important work is the education,” Paretta said. “We know we can affect a kid’s trajectory of what they want to do when they are 10-12 years old. That’s when you plant the real seed. Racing is fantastic because it demonstrates teamwork, and it’s applied STEM, or STEM in action.”