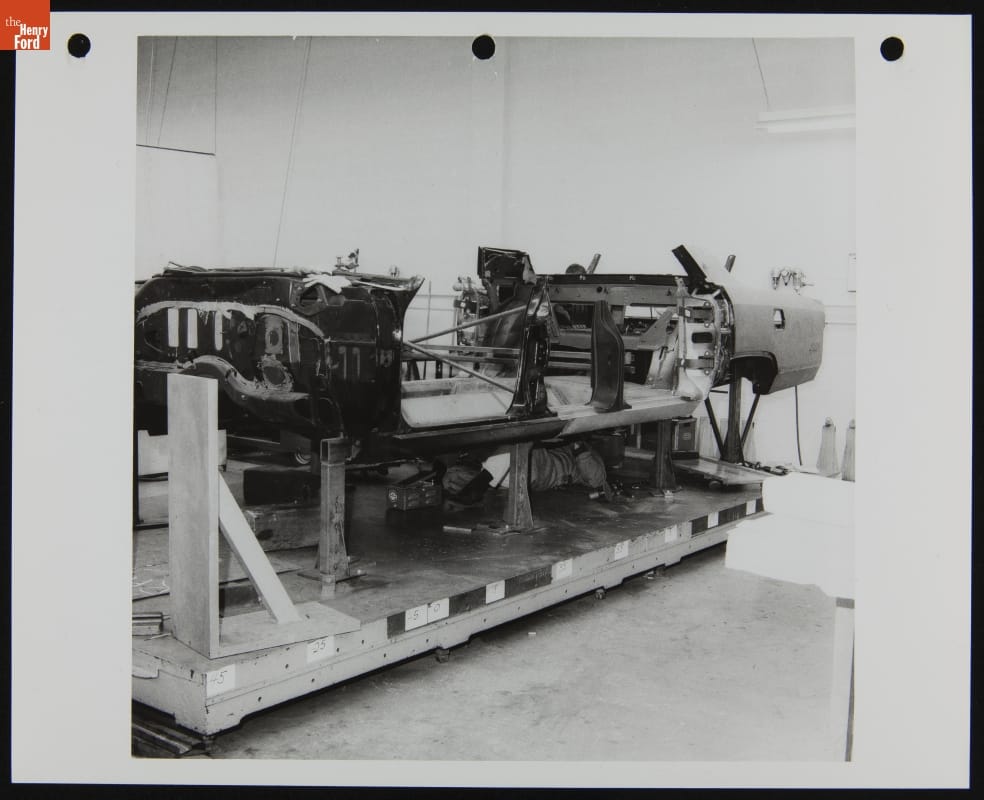 If you’ve visited Henry Ford Museum, you’ve probably seen our collection of Presidential vehicles, which includes a 1972 Lincoln limousine used by Ronald Reagan (notably on the day in 1981 when he was shot by John Hinckley).  If you’ve ever wanted to learn more about how this car was originally built, you’re in luck.  We recently discovered in our collections a series of detailed photographs documenting the original construction of the Reagan limo by Ford's Special Vehicles Engineering Department, mostly covering the period between August 1970 and October 1971.  The early stage image shown here was taken on August 19, 1970.  Explore more than 130 additional photos taken during the construction of this historic vehicle by visiting our Digital Collections.