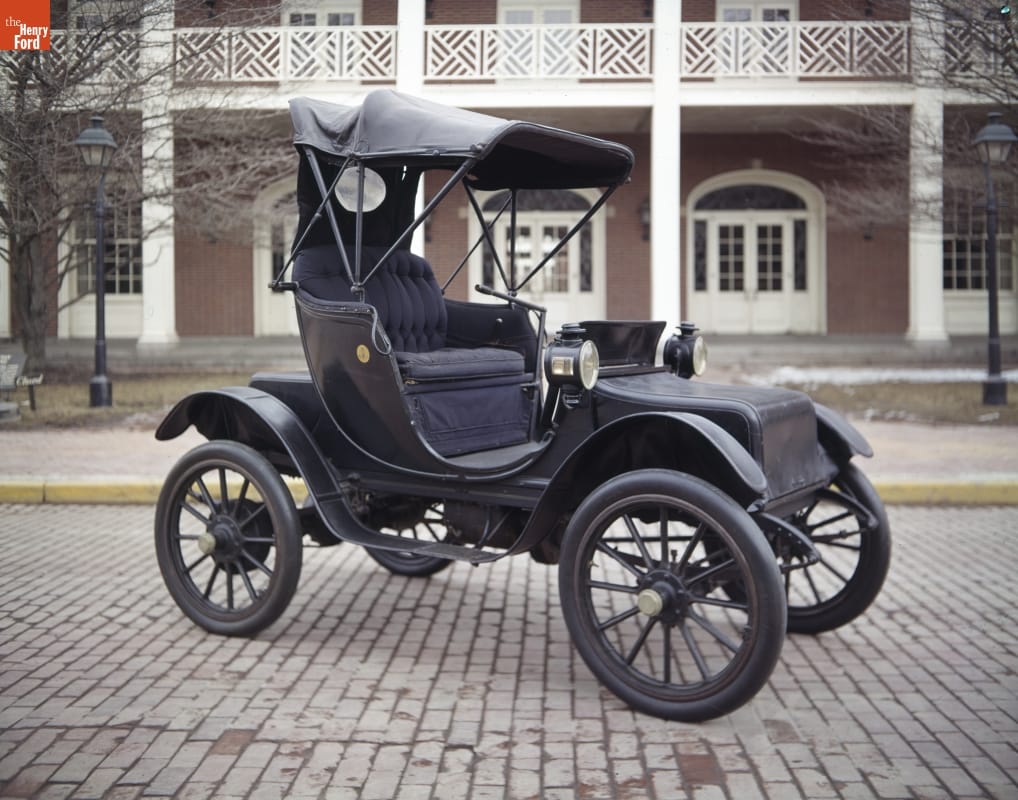 You might imagine that the White House was an early adopter of the automobile. We think of the presidency as being on technology’s cutting edge. Furthermore, when you realize that progressive Theodore Roosevelt’s term (1901-1909) coincided with the automobile’s rise, it seems natural that the Chief Executive would have made prominent use of the day’s foremost invention. But Roosevelt held fast to the reins and refused to give up his horse-drawn vehicles.

It’s not that Roosevelt avoided cars altogether. He certainly took the occasional car ride while in office, but he refused to bring autos into the presidential transport fleet. This was the era when most people still viewed the automobile as a plaything for the wealthy. It would have damaged Roosevelt’s populist image to have him seen barreling down the street in a motor car. And so it was left to his successor, William Howard Taft, to motorize the White House. 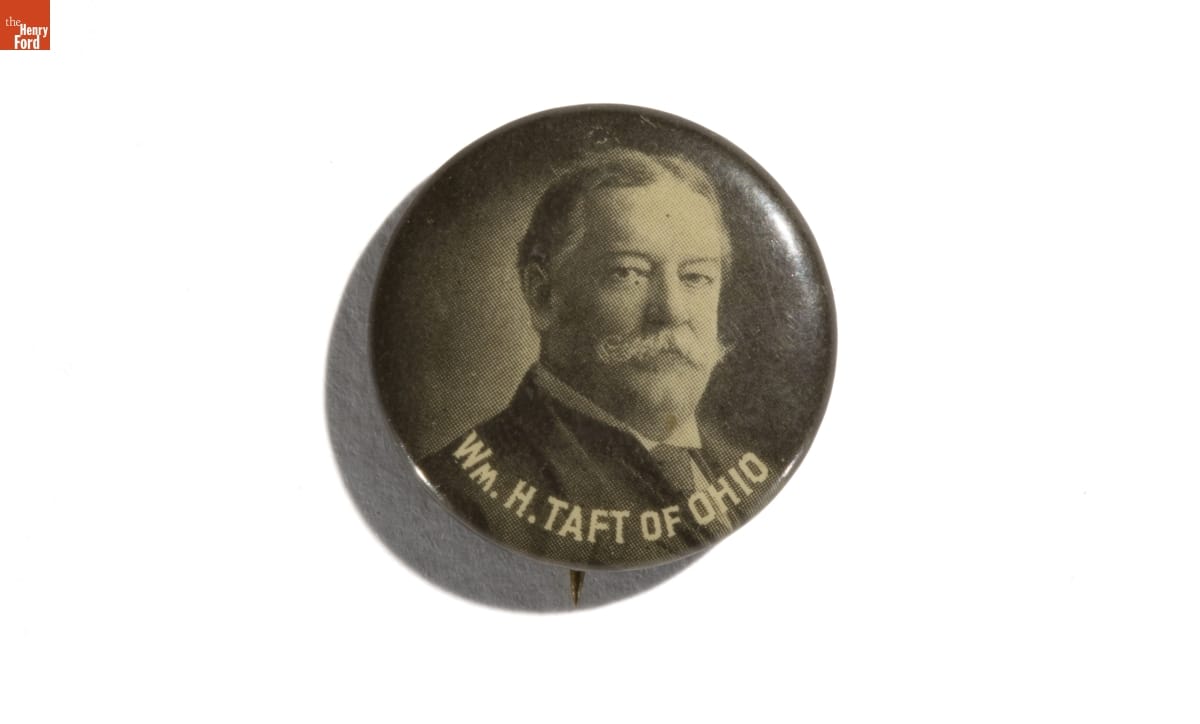 Taft did so with gusto, converting the mansion’s stables into a garage and filling it with a White steam car, two gasoline-powered Pierce-Arrows and a Baker electric in 1909. It’s interesting to note that Taft played no favorites when it came to fuel. (The question of which fuel – gasoline, steam or electric – was optimal wasn’t quite settled.) And it seems no coincidence that the Ohio-born Taft favored two carmakers, White and Baker, based in Cleveland.

While the President preferred the White steamer, First Lady Helen Taft chose the Baker as her personal vehicle. Mrs. Taft was not content to be chauffeured around Washington – she drove the Baker herself. Her use of an electric car was perfectly in keeping with the trend for marketing electrics toward prosperous, status-conscious women. Three years later, Mrs. Taft traded in the 1909 model for a new 1912 Baker electric valued at $2000. Records indicate that only $809.50 was paid, so either she received a generous trade-in credit or Baker thought the publicity was worth a substantial discount (or, perhaps, a little of both).

That second Baker, a Victoria model with a gracefully curved body, boasted a top speed of about 30 miles per hour and a range near 50 miles. The little car became a White House fixture. When Woodrow Wilson assumed the presidency in 1913, his wife Ellen and their three daughters drove the Baker. And after Ellen Wilson’s death in 1914, President Wilson’s second wife, Edith, also made use of the Baker. When Warren Harding took office in 1921, First Lady Florence Harding inherited the Baker electric. (The Hardings, like the Tafts, were Ohioans and perhaps took a little Buckeye pride in the Victoria.) And after President Harding’s death in 1923, Calvin Coolidge assumed office and new First Lady Grace Coolidge took to the Baker. By this time, though, the 1912 Baker was outdated in appearance and propulsion. The Baker electric was retired in 1928, and soon thereafter made its way to The Henry Ford. 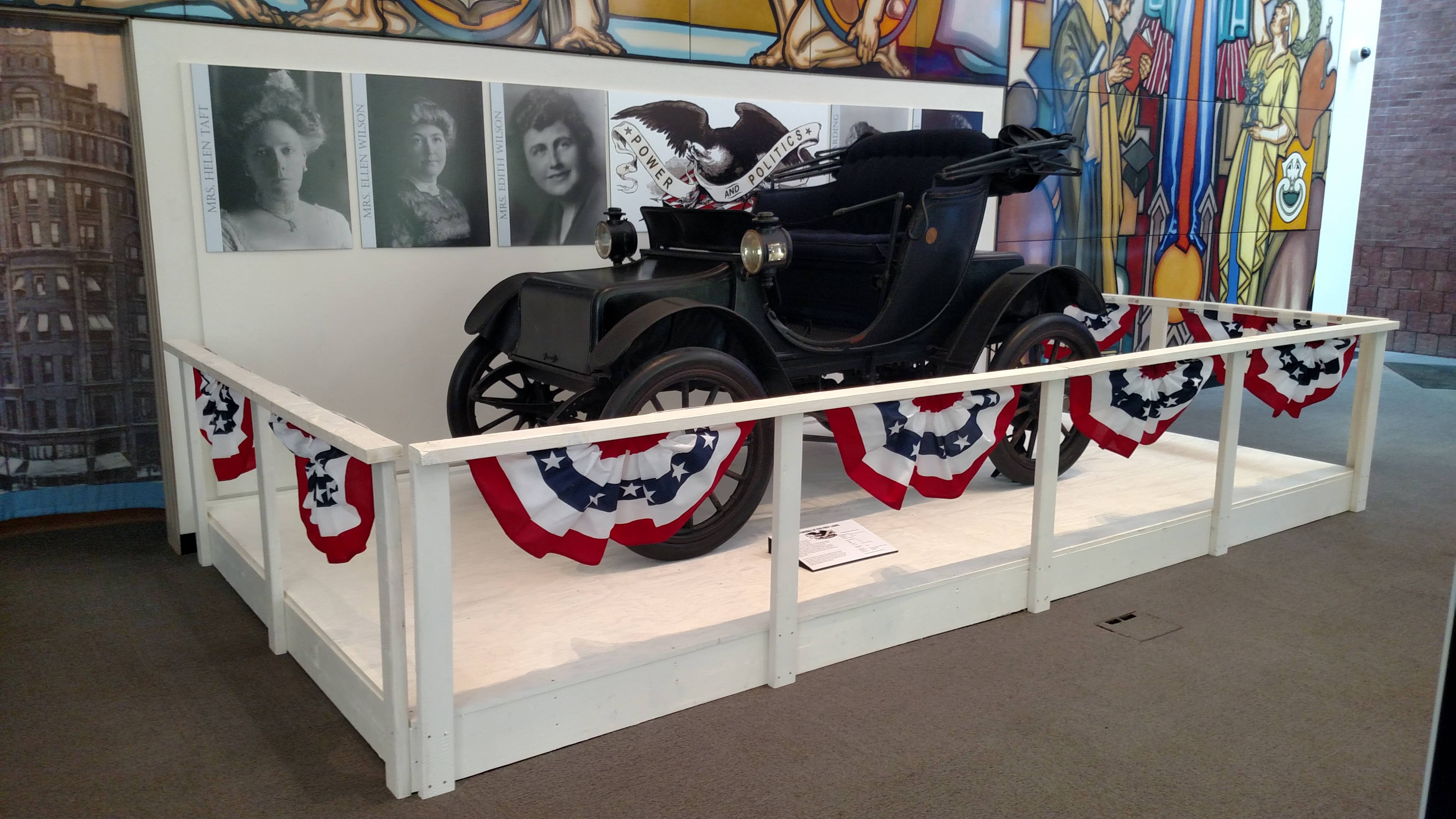 Our Baker has now gone back to Cleveland, its city of manufacture. For the next year, it will be on loan to the Crawford Auto-Aviation Museum of the Western Reserve Historical Society. The loan begins just as the nation’s political spotlight turns to Cleveland with the Republican National Convention, scheduled for July 18-21, 2016. It’s quite fitting: the convention is a major milestone on the road to the White House, and that’s a road the Baker has traveled many times before. 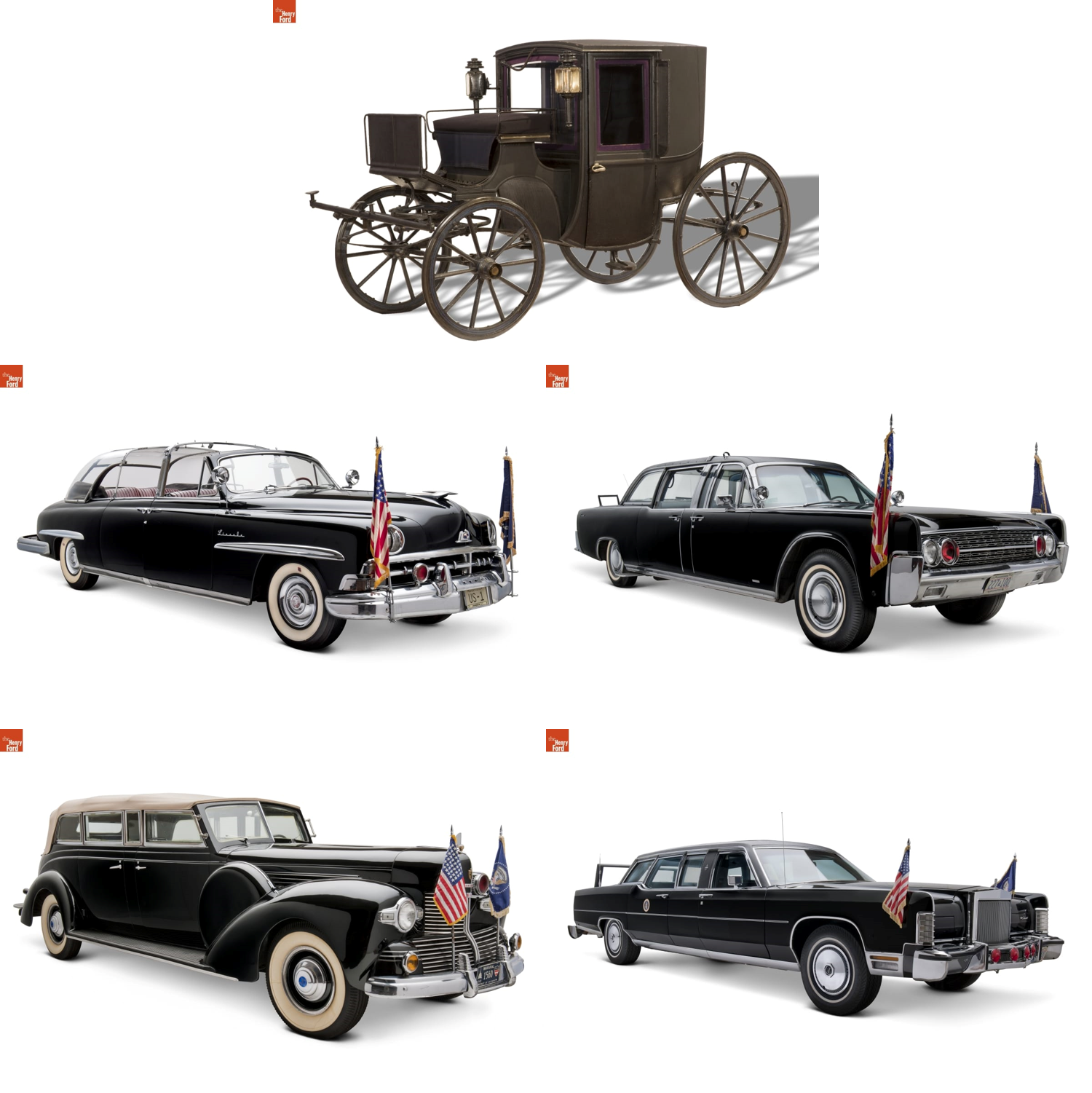 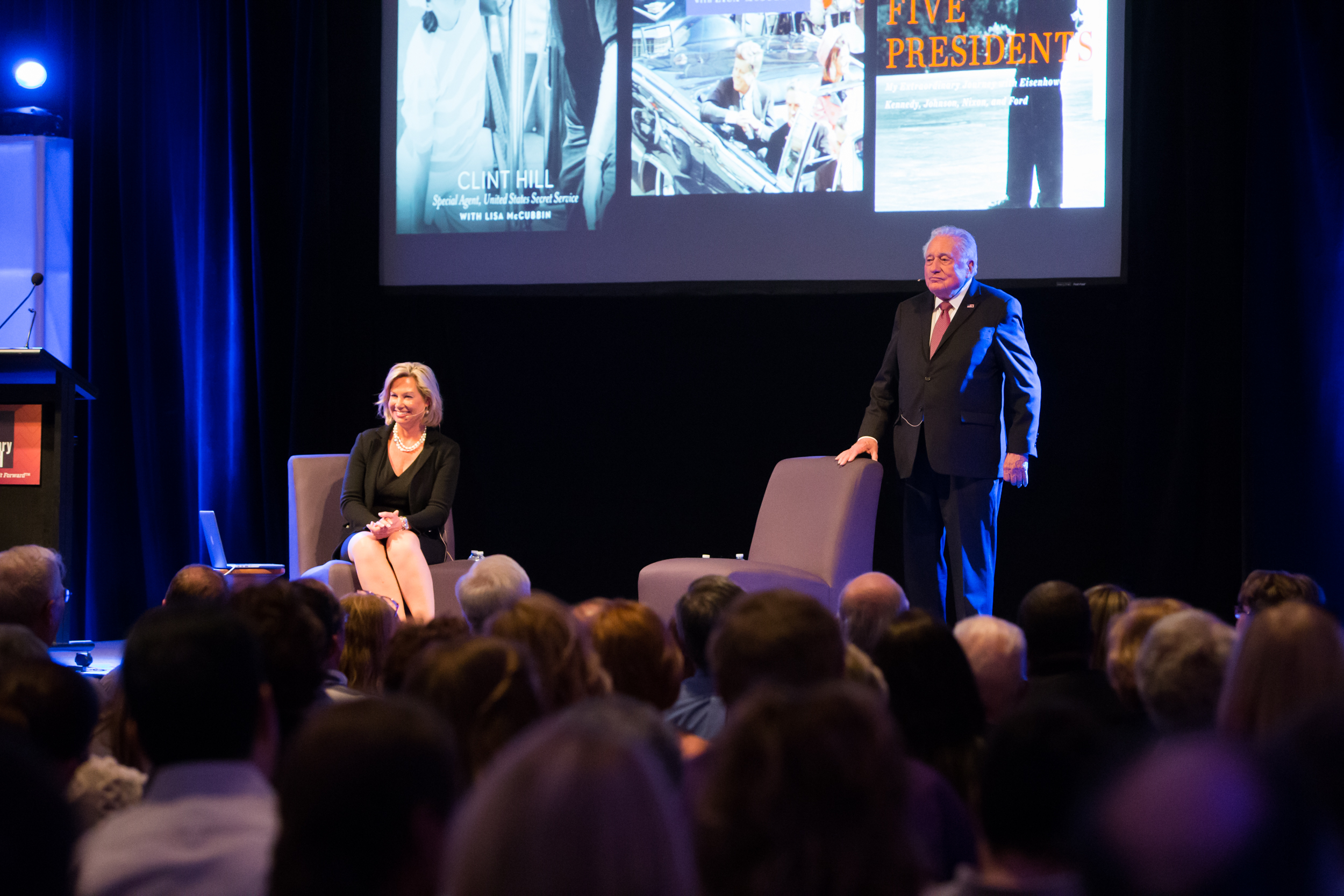 Where in the world is The Henry Ford this weekend? Pebble Beach, Calif.!

Pebble Beach Concours d’Elegance has invited The Henry Ford to showcase our 1950 Lincoln “Bubble-Top” Presidential Limousine in its 63rd showing. As part of this stellar automotive event, we appear as one of the select cars on the famed 18th fairway of the Pebble Beach Golf Links.

This isn't the first time the Bubble-Top has been on display outside of the museum. In 2012, The Henry Ford proudly exhibited our Bubble-Top in England during the Diamond Jubilee celebration of Queen Elizabeth.

What else should you know about the Bubble-Top?