Celebrating Ninety: Collecting in the 1940s 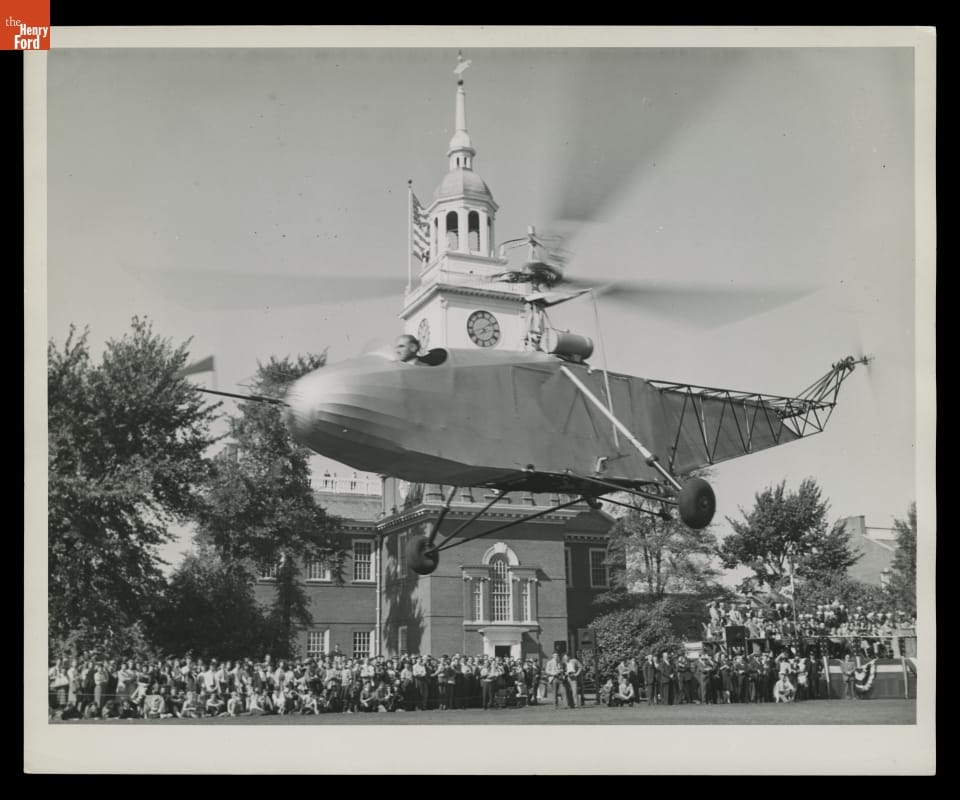 This year, Henry Ford’s museum and village complex – now known as The Henry Ford – celebrates its 90th anniversary. Throughout 2019, we’ll be reflecting decade-by-decade on significant additions to the collection he began, with a focus on our institution's evolving collecting philosophies. This post covers our history and acquisitions during the 1940s. 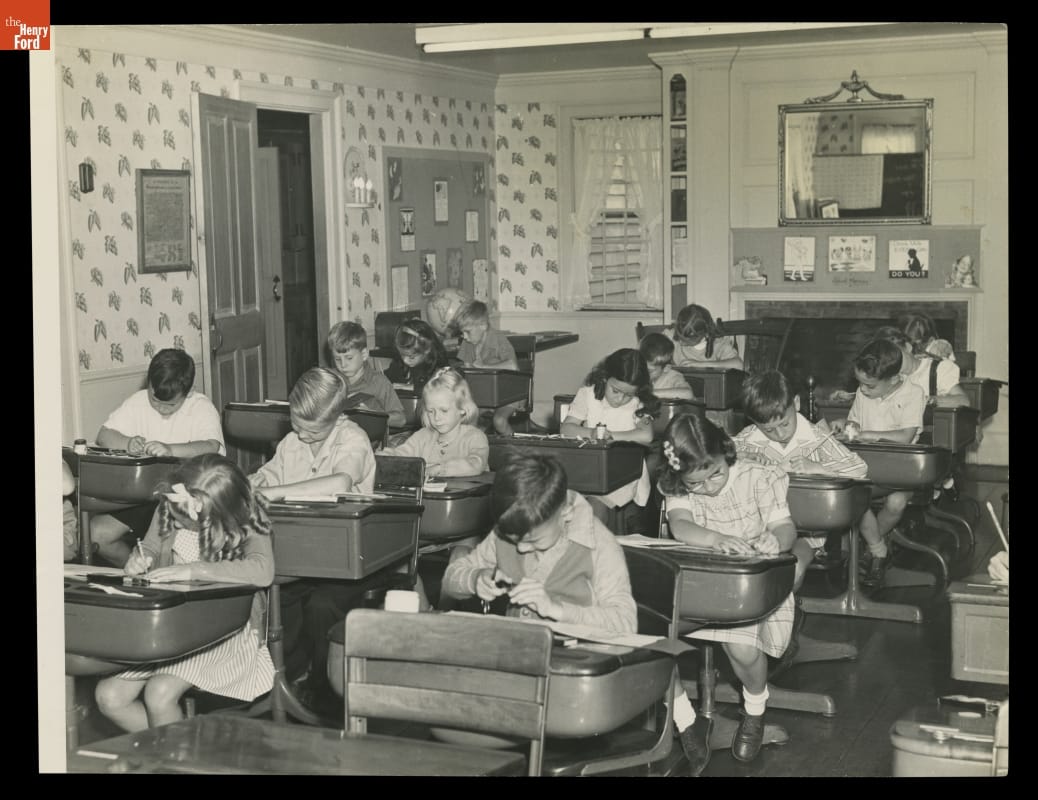 While the collection did continue to grow, the 1940s were quieter years for the museum and village. As World War II tooled up, activities and personnel were cut back, not as many visitors attended, and the Edison Institute school system, which peaked in 1940 with 300 students enrolled, was reduced in size. 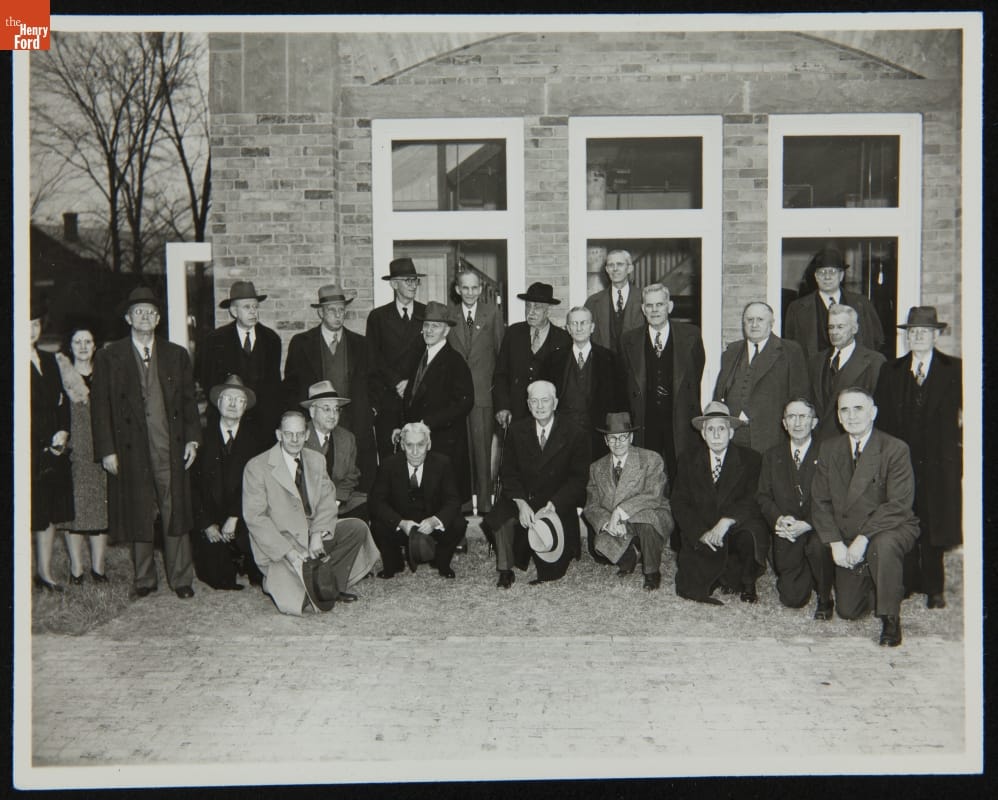 Henry Ford added few new buildings to Greenfield Village, but he rounded out the representation of his personal history with replicas of the one-room Miller School he had attended, the Edison Illuminating Company power plant in Detroit where he had worked, and Ford Motor Company's Mack Avenue Automobile Plant (these last two at reduced scale). In 1944, Ford moved his childhood home – which he had painstakingly preserved on the family farm 25 years before – to Greenfield Village, assuring that it would be cared for after he was gone. 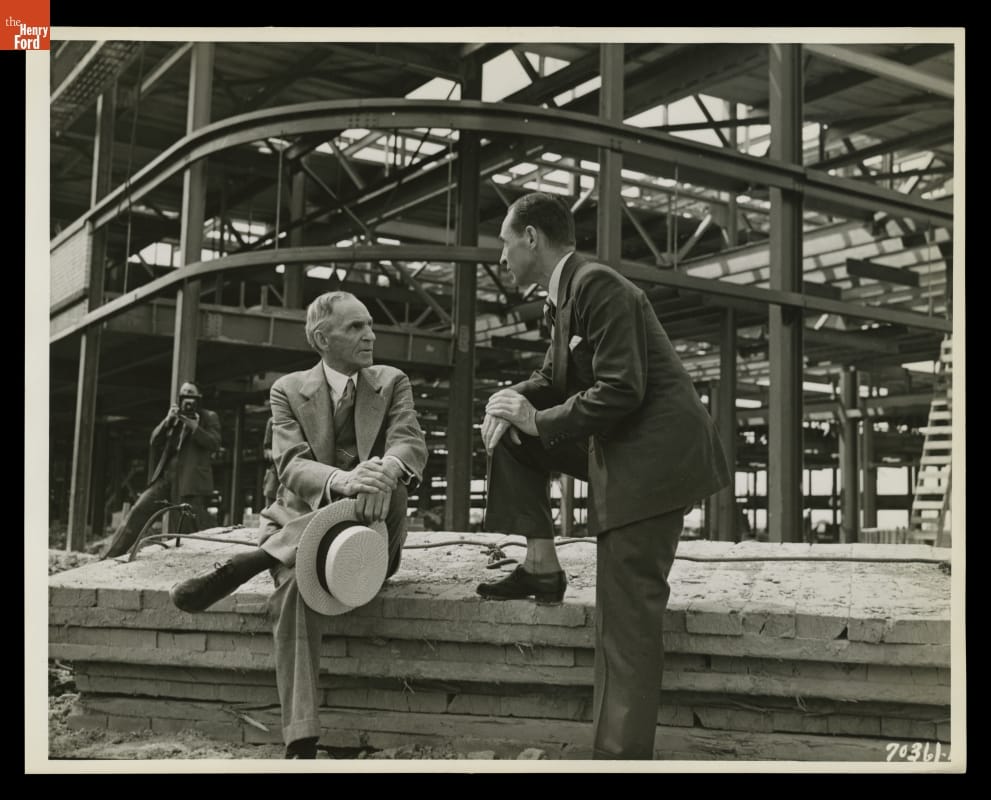 In 1943, Henry and Clara Ford’s only son, Edsel, who was an able and enthusiastic supporter of the museum and the arts in general, died of stomach cancer at the age of 49. Two years later, Henry suffered a severe stroke. On April 7, 1947 at the age of 83, Henry died at Fair Lane, his Dearborn home, with Clara by his side.

The passing of the Edison Institute’s founder begged the question “what next?” for the institution. Henry’s vision had been the driving force behind his creation. Who would drive that vision now?

Additions to the Collections: 1940s 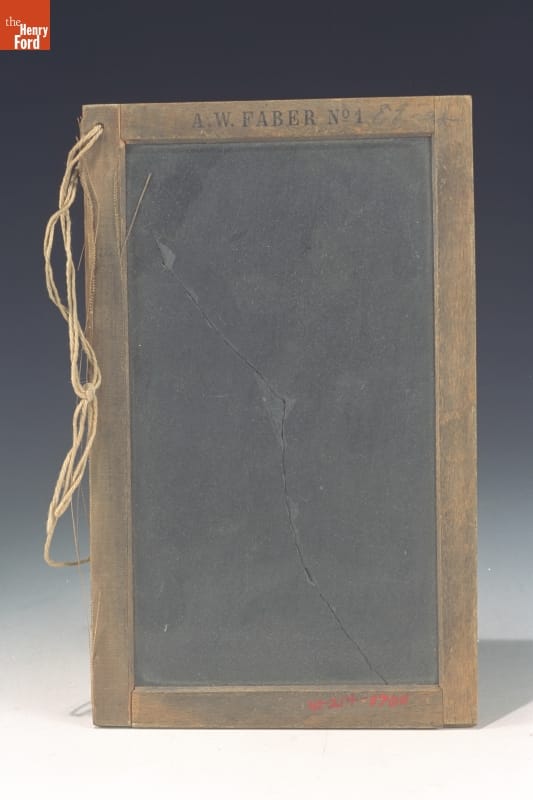 Writing Slate, 1880-1910
As word spread of Henry Ford’s historical endeavors, people offered him objects that they themselves had gathered. In 1941, Ethel G. Douglas sent Ford over 2,500 objects “collected in several years travel.” Many of these - toys, games, clothing, dolls, and books - related to childhood, including this slate. Millions of kids used slates like this one in 19th century one-room schools. Henry Ford was one. For him, the slate might evoke personal memories, but also appreciation for traditional teaching methods these rural schools represented - and that he incorporated into his private Greenfield Village school system.
Jeanine Head Miller, Curator of Domestic Life 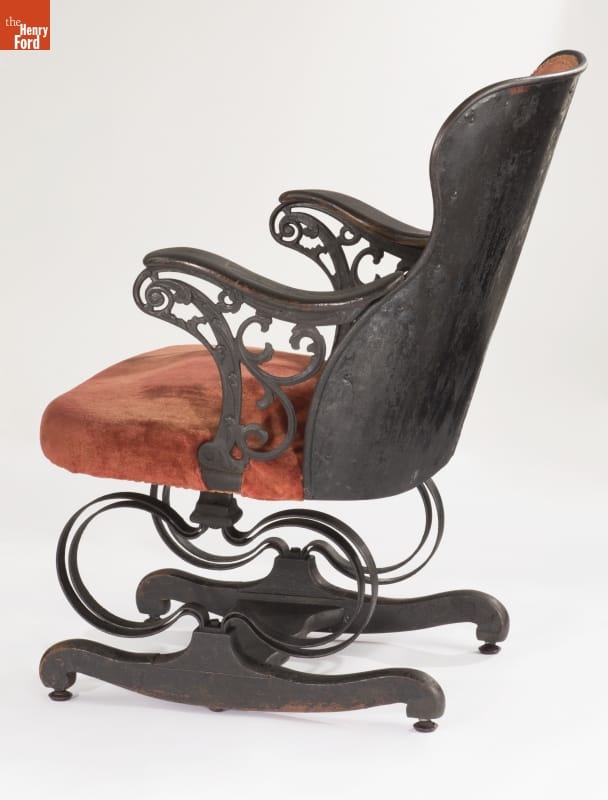 Centripetal Spring Chair from a Pullman Train Car, 1860-1880
This is the first attempt at a mass-produced, comfortable chair. It is supported by a series of springs which provides resilience, meaning that it "gives" with the weight of the sitter. When it was patented, this was a revolutionary achievement. This was the second in a series of centripetal designs by Thomas E. Warren of Troy, New York. Dating to 1852, this version was intended to smoothen out the inevitable bumps for passengers riding in a railroad car. Donated by the Michigan Central Railroad in 1941, the revolutionary nature of the technology was yet to be recognized by scholars.
Charles Sable, Curator of Decorative Arts 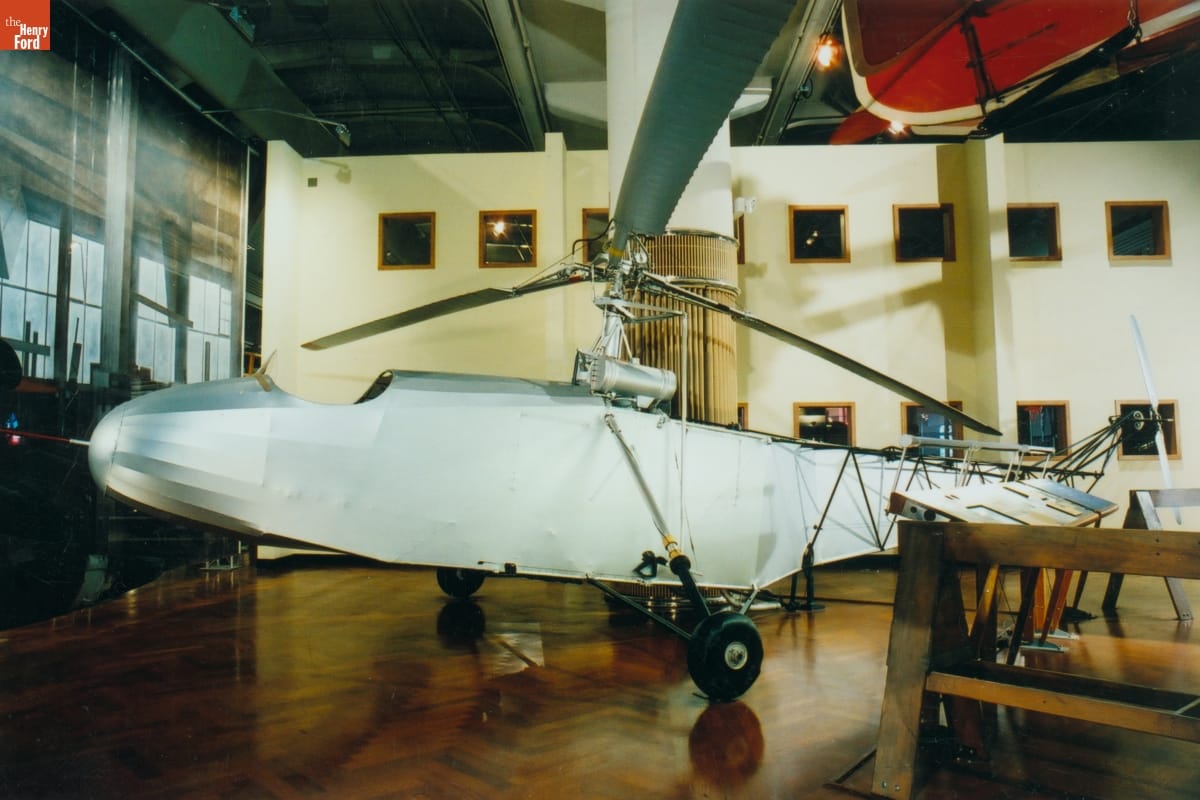 1939 Sikorsky VS-300A Helicopter
The Henry Ford's collecting efforts have never been confined only to faraway history. Contemporary collecting - of artifacts from the recent past or present day - has always been core to the institution's work. Henry Ford eagerly accepted Igor Sikorsky's VS-300A helicopter in 1943 - a mere four years after its first test flight. Like Sikorsky, Ford understood the helicopter's enormous potential. The gift was initiated by a mutual friend of Ford's and Sikorsky's who also recognized an aviation innovation when he saw one: Charles Lindbergh.
Matt Anderson, Curator of Transportation 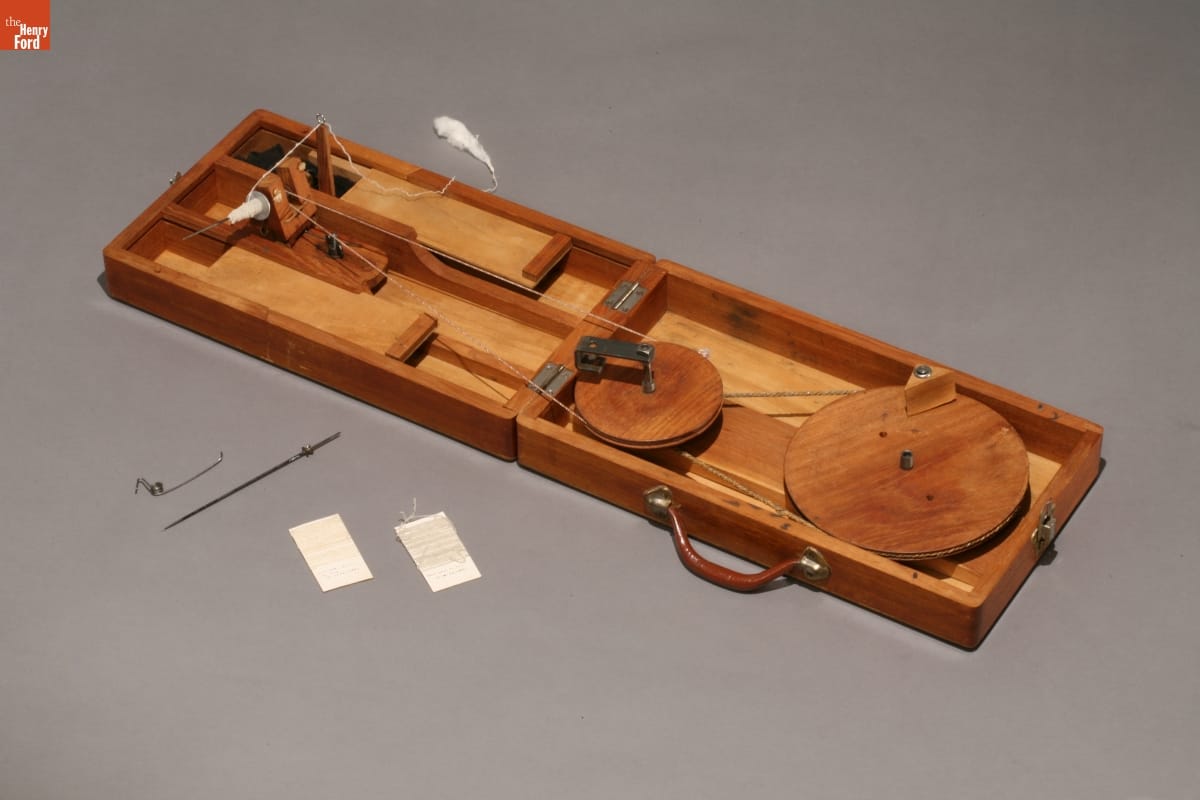 Folding Portable Spinning Wheel Used by Mahatma M. K. Gandhi
Henry Ford was an admirer of Gandhi's selfless life, self-reliant ideals and nonviolent principles. In July 1941, Henry Ford wrote a short note to Gandhi praising the "lofty work" of the Indian leader. Gandhi returned the compliment and sent a spinning wheel, or charkha, that he had used. Gandhi used the charkha as a symbol in India's struggle for independence and economic self-sufficiency.
Andy Stupperich, Associate Curator, Digital Content

Sampler Made for Henry Ford, 1943
Henry Ford received hundreds of gifts from admirers all around the world. Many of these gifts were made intricately and carefully by hand, like this embroidery sampler crafted by Ms. Ellen E. Merrow of Eagle Springs, North Carolina. The embroidered verse is a cautionary message that still feels relevant today – more than 75 years later.
Katherine White, Associate Curator, Digital Content 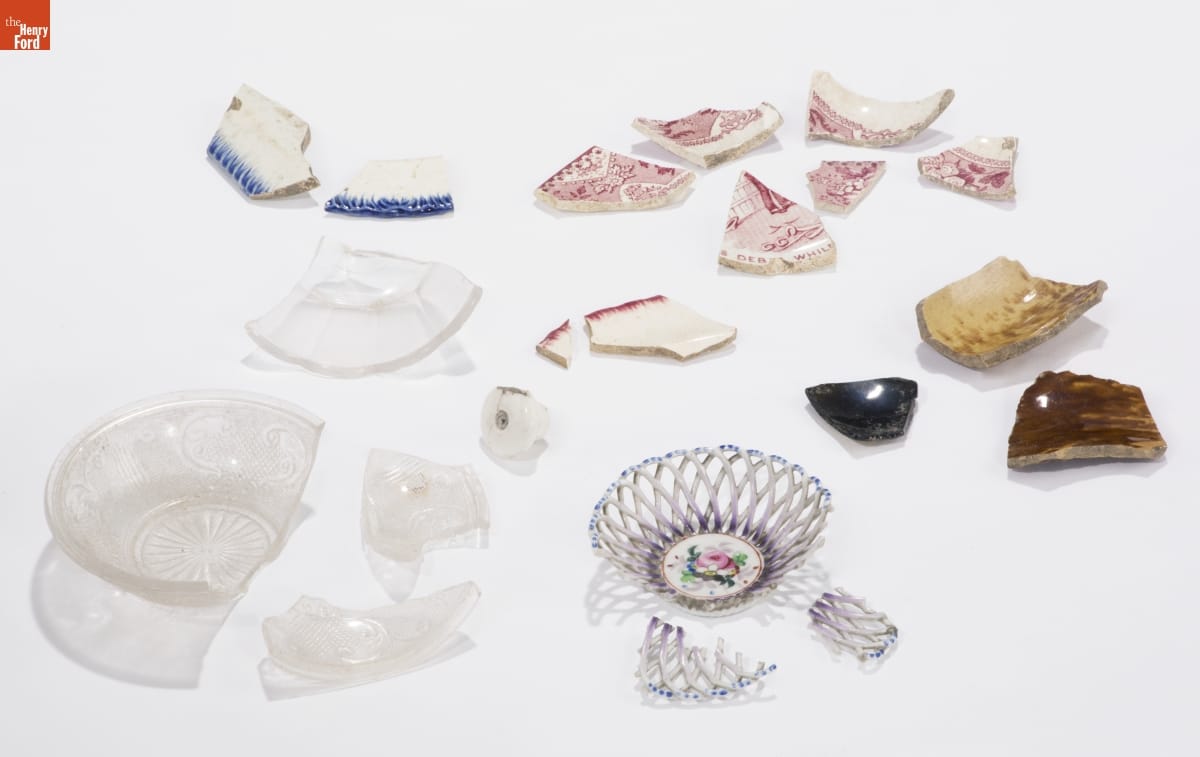 Shards Found at Henry Ford's Birthplace, Dearborn, Michigan, 1860-1919
Henry Ford began his first restoration project in 1919 after a road extension required the moving of his dilapidated childhood home. Over the next few years, Ford meticulously refurnished the home to how it looked in 1876, the year his mother died. While employees combed the countryside for antiques, others excavated the original site for ceramic shards like this for reproduction. Even though this project launched Henry's passion for collecting, the Ford home and its contents, which included these shards, weren't moved to Greenfield Village until 1944 - the last building he personally had moved there.
Ryan Jelso, Associate Curator, Digital Content 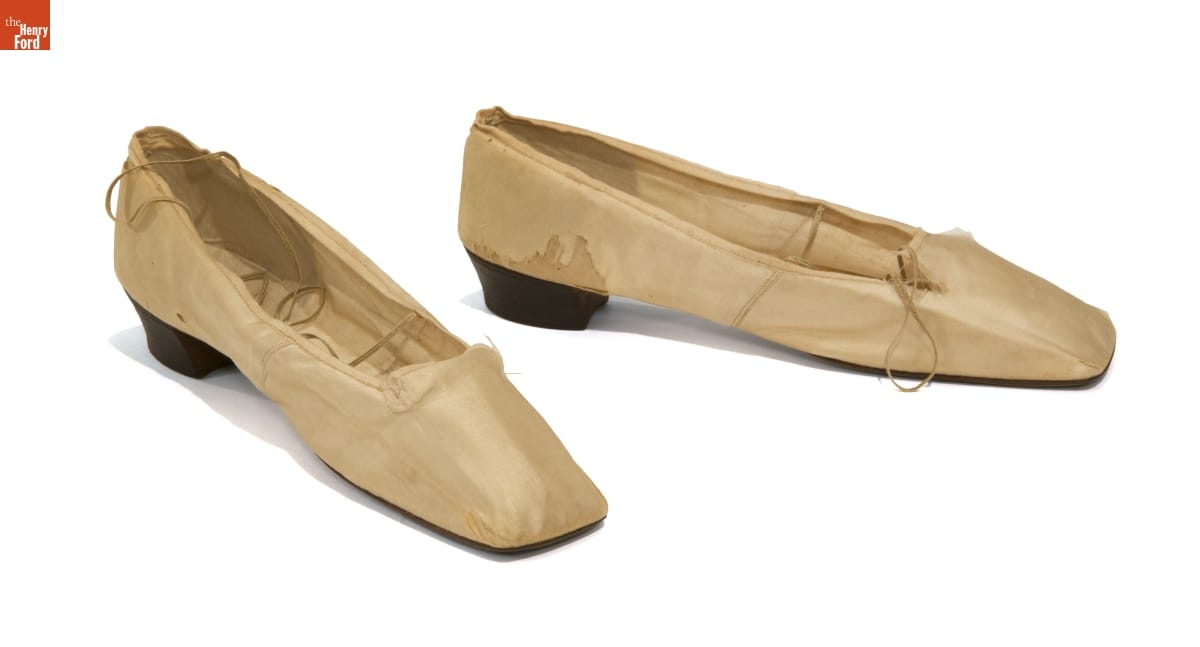 Slippers, Worn by Sophia E. Ewing on Her Wedding Day, 1864
In 1940, a cartoon appeared in newspapers around the country. It emphasized Henry Ford’s unusual interest in artifacts from everyday life, rather than the fine art and antiques collected by other wealthy individuals. Text beneath an image of Ford holding a woman’s shoe read, “…he gets a whale of a kick out of collecting a sample of every type of shoe ever made in the U.S.!” In response to the cartoon, donations from readers – including this pair of wedding shoes worn in 1864 – poured in.
Saige Jedele, Associate Curator, Digital Content 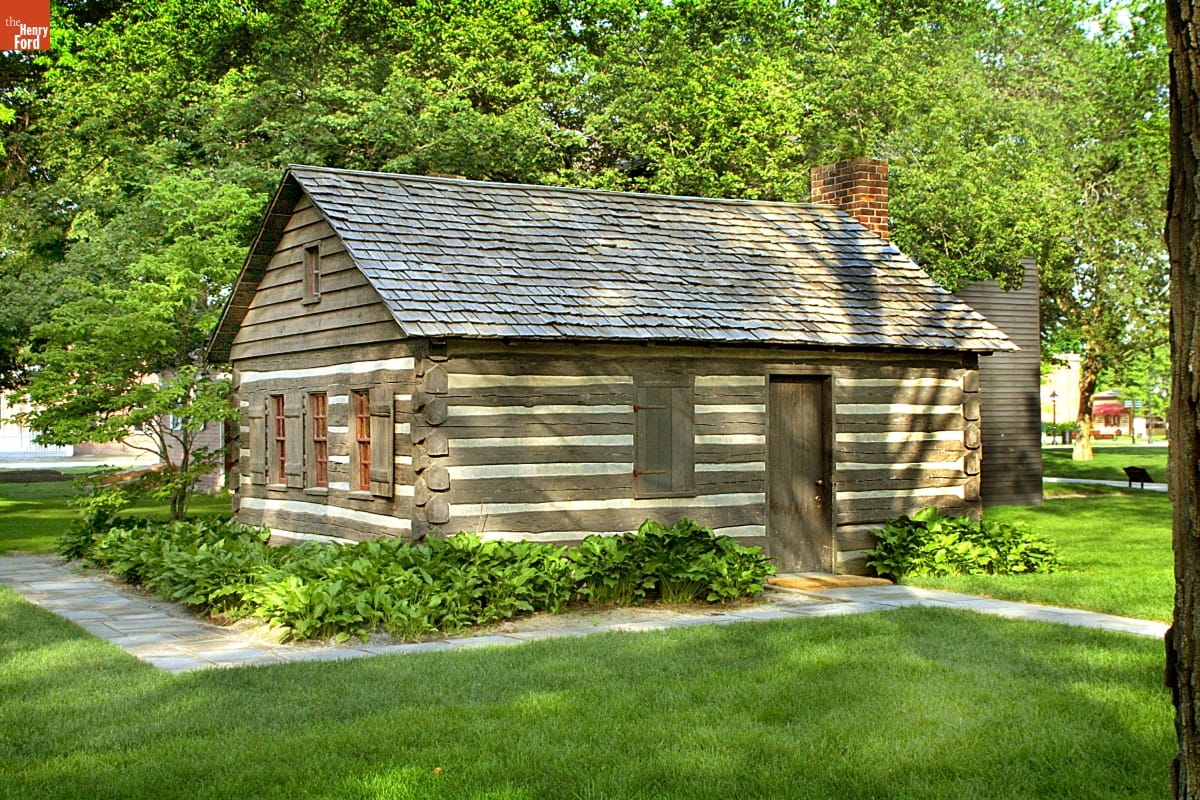 George Washington Carver Cabin
George W. Carver and Henry Ford shared an interest in chemurgy or the chemical transformation of agricultural commodities into byproducts such as hydrogenated oils. Ford invited Carver to speak at the 1937 chemurgy conference in Dearborn. In 1942, Ford honored Carver with this replica of Carver's birthplace, paneled in wood donated by Boy Scouts from every state. Carver spent the night of July 21, 1942 in the building.
Debra A. Reid, Curator of Agriculture and the Environment 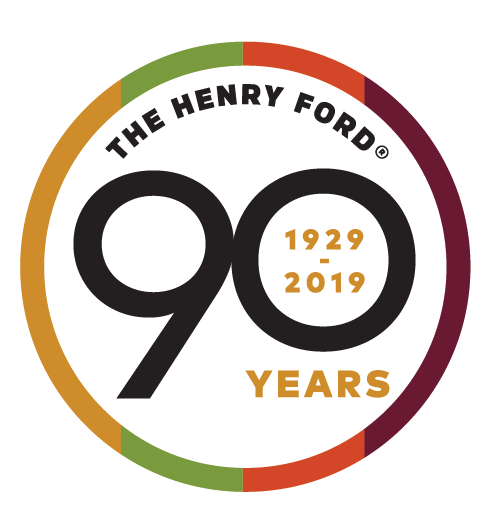