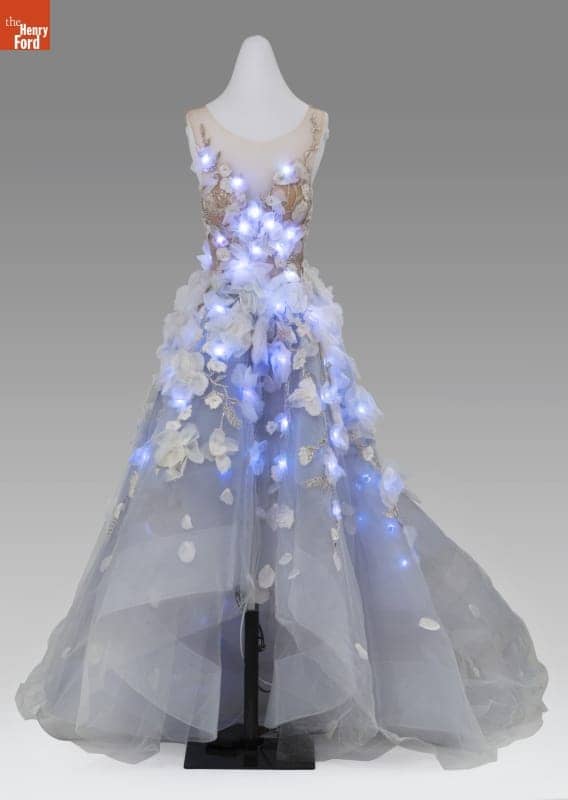 The Henry Ford is the now the permanent home for an object that sets a new standard in both communication technology and fashion - the IBM Cognitive Dress. 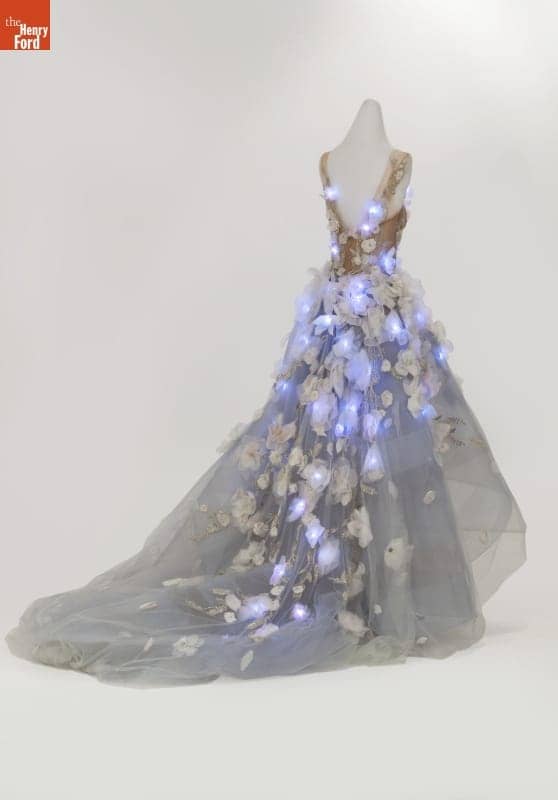 The dress originally debuted at the Metropolitan Museum of Art Gala in May 2016 as a stunning custom gown designed by high-end women’s fashion designers Marchesa with the assistance of IBM’s Watson cognitive system. The dress has many layers of collaboration and interactivity: the initial research between IBM and Marchesa, the ability for an audience to influence its color through social media, and the ability for the dress to then communicate and display the data result back to the audience.

So, how does it work? 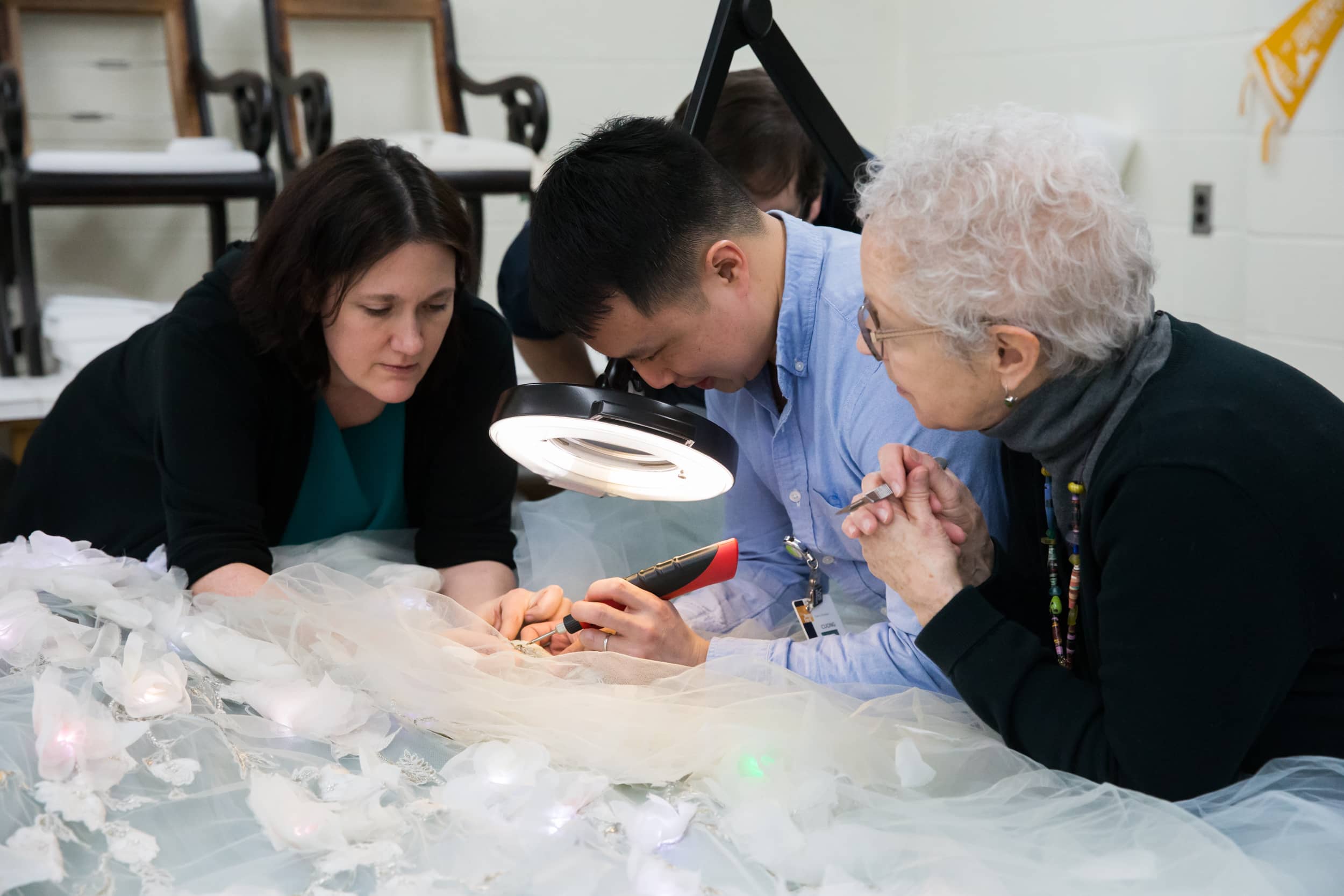 Watson is a cognitive technology--a form of computing that learns in a similar way to how humans learn. To make the dress interact with Watson, social media-responsive LEDs were sewn into its bodice and skirt. Utilizing Twitter and other social media feeds, Watson analyzes tweets and assigns an emotion based on the hashtags submitted, resulting in shifting color patterns across the garment’s materials.

The IBM Cognitive Dress is truly a smart design and a smart dress. The democratic appeal of social media has allowed the dress to become a significant part of today’s fashion industry. Fashion can now debut globally at an instantaneous rate--some companies go so far as to launch new collections using platforms like Twitter, Instagram, and Snapchat. 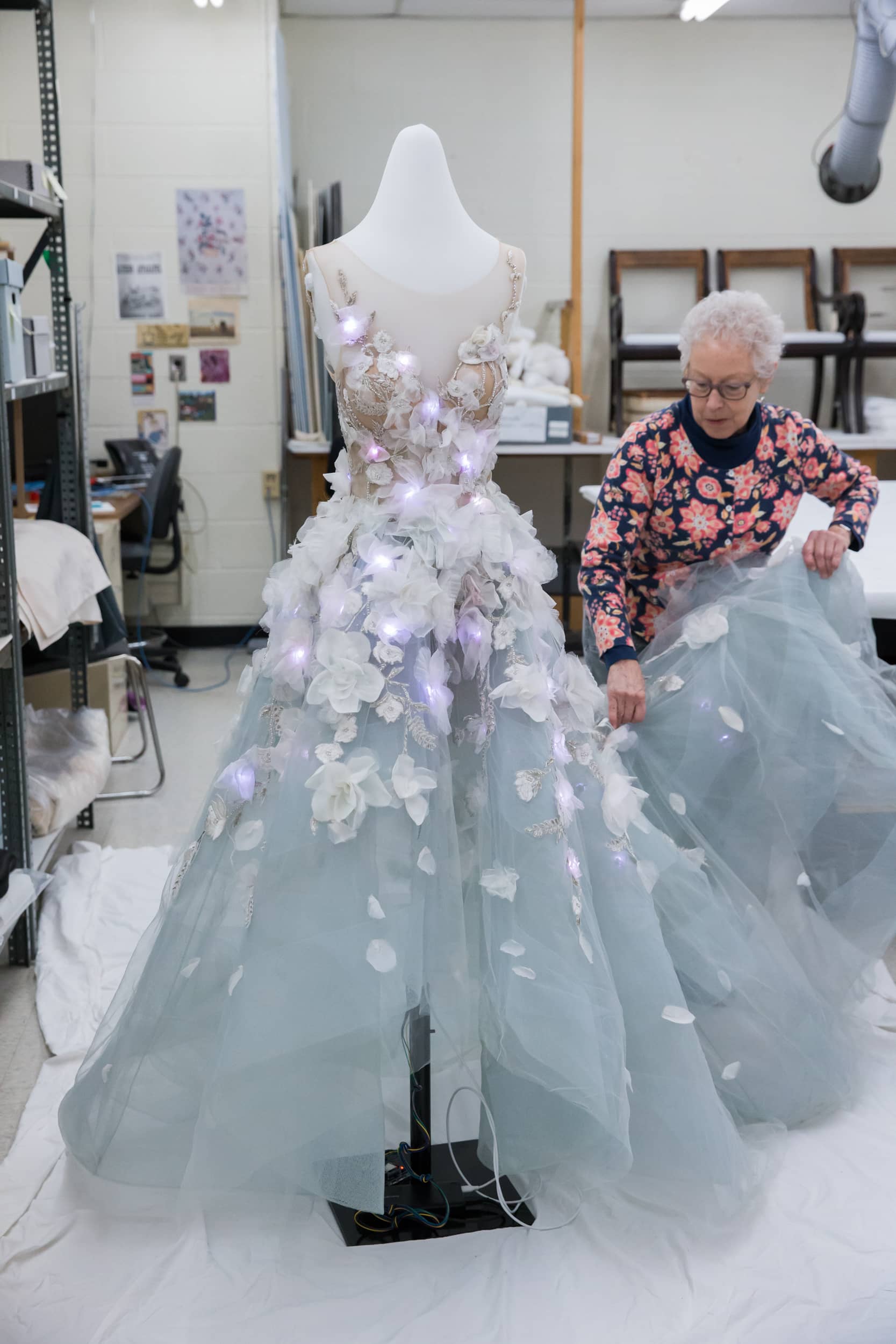 This innovative example of fashion recently arrived at Henry Ford Museum of American Innovation this spring and will be coming to the museum floor soon. Make sure to look for the dress during your next visit and think about how your social media commentary will be analyzed by Watson.