Corvettes in the Car Court 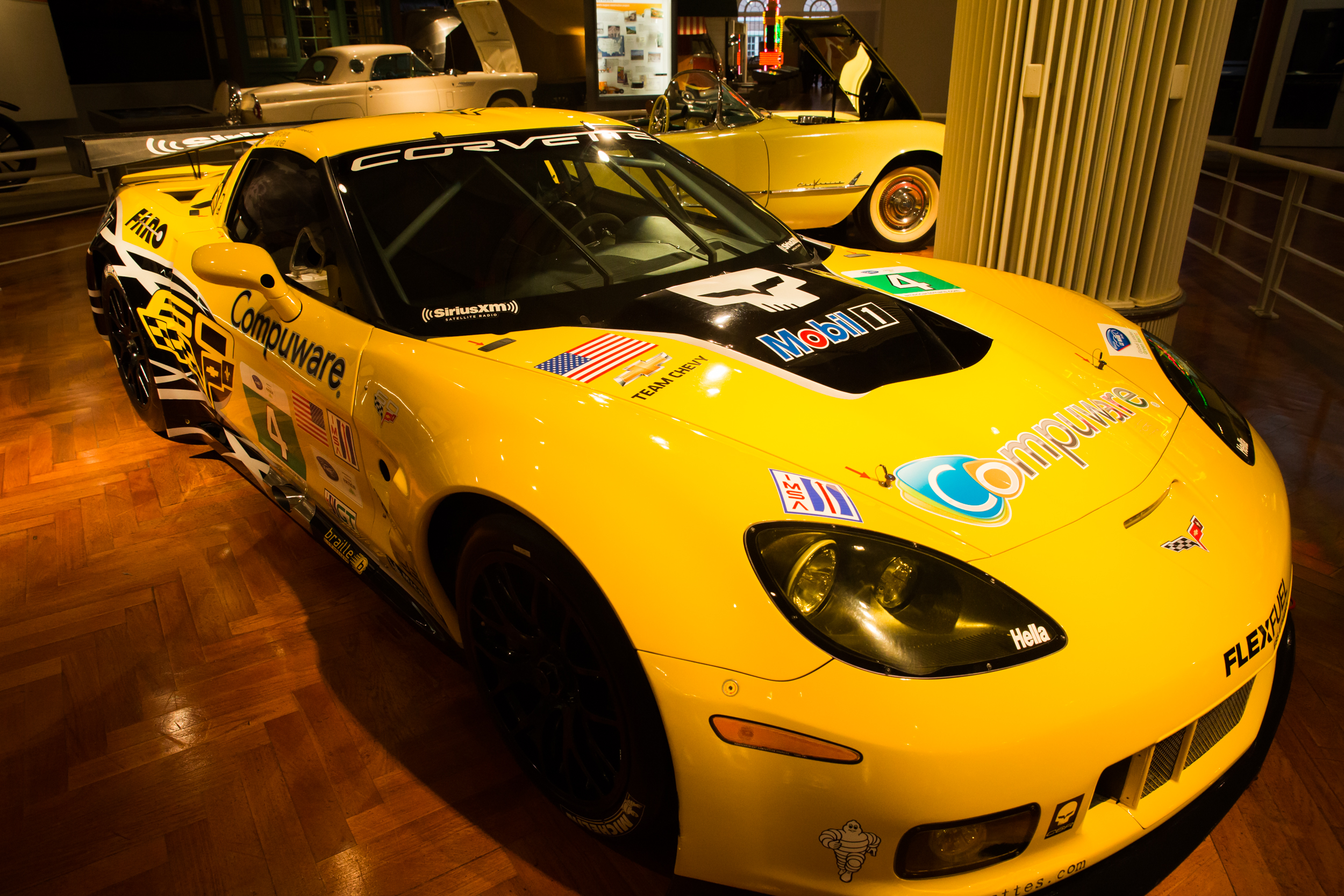 Visitors to Henry Ford Museum will notice something new in the Car Court at the center of our Driving America exhibit: a striking Chevrolet Corvette C6.R race car, on loan from our friends at the GM Heritage Center.

America’s sports car has a long and successful history on the race track, and this model – adapted from Corvette’s sixth styling generation – is no exception. From 2005 through 2013, C6.R racers racked up victories at France’s 24 Hours of Le Mans, as well as at the 12 Hours of Sebring and numerous other American Le Mans Series events.

Through May 2017, we’ll have the C6.R on display in a spot where it ought to feel right at home, between our own collection of record-setting race cars and our production version of Chevrolet’s 1955 Corvette. It’s a proud addition to Driving America.